There are a lot of new elements in Mercury: Prabhu Deva


Directed by Karthik Subbaraj, the film also stars Sananth Reddy, Deepak and Remya Nambeesan.It will be released on 13 April.

Choreographer-actor-filmmaker Prabhu Deva is excited about his silent thriller film Mercury and says it will keep the audience on the edge of their seats.

"I'm resuming acting after a long gap and there are a lot of new elements in this project. A silent thriller as a subject with no dialogues is surely bound to take the audiences on the edge of their seats," he said in a statement.

"Recently, we shot a promo song for the Hindi release composed by Mithoon, which is again a first time for me. Initially, I wasn't too convinced but looking back, I feel we took the right decision," Deva added.

Prabhu Deva raises expectations with the mysterious 'The Mercury Song'

Directed by Karthik Subbaraj, the film stars Sananth Reddy, Deepak and Remya Nambeesan. Karthik is bankrolling the project under his home banner Stone Bench Films. The film, to be released on 13 April, has music by Santhosh Narayanan.

Singer Mithoon has been roped in for the Hindi version.

"We never wanted to focus on music in a big way for this film since it would be challenging to do full justice to the composer. But Mithoon changed our perception. Though love was an underlying facet in some of the aspects of the film, I never wanted to bring that to light since it was a thriller," director Subbaraj said. 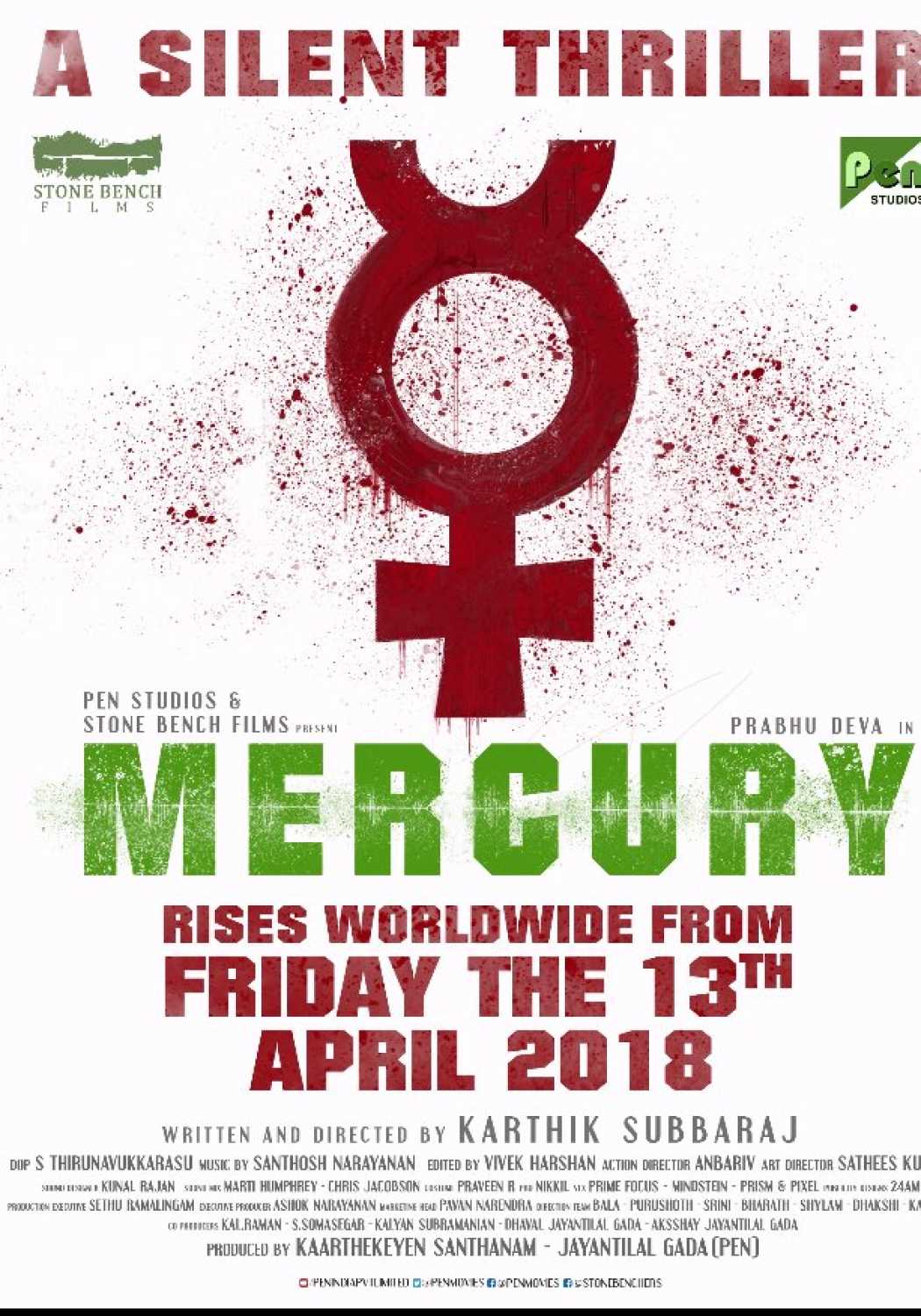 "The whole team was very impressed with the way the title track turned out and we decided to augment the musical influence and added more songs to the film for the Hindi version," he added.

Mithoon says it was challenging project.

"It is a silent film with no dialogues at all and the director's vision and the actor's delivery had to be conveyed only through the music. My brief was to create a more global score which could resonate with people everywhere. For the title track, I have created a 10 minute short film instead of just a promotional track.

I have experimented a lot in my personal music making style by using a lot of EDM influence in the core sound. Initially, Karthik wanted the composition to be dark as it's silent thriller but I wanted to bring a romantic feel to the score. It is only after the execution that the whole team was convinced."

According to the statement, Pen India, the studio presenting the film, is planning to shoot multiple short films for each of the songs as a promotional activity.