Tiger Shroff: After the success of Heropanti and Baaghi, I was on cloud nine


The Baaghi 2 actor blames himself for the subsequent disasters, A Flying Jatt (2016) and Munna Michael (2017), but doesn’t really know where he faltered.

Like his father Jackie, Tiger Shroff is one of the nicest guys in the Hindi film industry. Film journalists look forward to meeting the young man who is approachable and the very model of humility. He may not be chirpy, but he is always bustling with life.

So it was quite surprising to meet a glum-looking Tiger Shroff at a promotional event for his forthcoming film Baaghi 2. Maybe he was tired after a long day of media interactions. Or maybe he was affected by the controversy surrounding his mother Ayesha Shroff.

Before the group interview began, some journalists wondered if Shroff would even be in the mood to talk.

But Shroff, a true professional, went ahead and spoke to the media though he was clearly jaded. He did not even shy away from questions on the 'Ek Do Teen' song remake controversy and defended Jacqueline Fernandez, who has performed the dance in Baaghi 2.

Shroff did not look for excuses for his recent failures and blamed himself for them. He also mentioned that his Rambo project has been pushed back. Excerpts from the interaction: 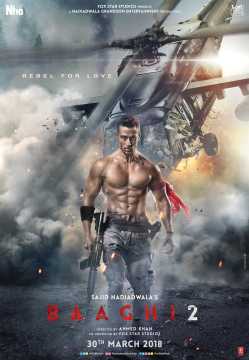 The Baaghi 2 trailer looks fairly impressive. It suggests the film is an action-packed, masala entertainer. Apart from your bulking up, what struck us was the grim tone of your character. It’s almost as if Tiger unleashed the beast in him.

Yes, you can say that. The character is very much a volcano about to erupt. He finally does erupt, as you might have seen from the trailer. I play an army officer. Unfortunately, I can’t tell you more.

Can you talk about the voice aspect here? Did director Ahmed Khan ask you to stress more on your voice?

He asked me to speak from my stomach, and not my throat, to come across as stronger. Ronnie [Shroff's character in Baaghi 2] is a one-man army. He needs to look like he can take on an army all by himself. Everything from the physicality to the dialogue has come out like that.

Was it tough to get the tone right?

Not really. I have a great director in Ahmed sir. He did his research, was clear what he wanted me to do.

You have put on a lot of muscle for this role. Can you tell us about the physical transformation?

We had to push the envelope in action. Luckily, we scaled up on that part and went outdoors. I am fighting men, machines, as you see from the helicopter scene. I had to put on 5 kg of muscle. I really trained hard for that.

Though you are just four films old, do you fear being stereotyped as an action hero?

It was my dream to be an action hero! Action is such a universal language, a powerful expression. You may not understand what I am saying, but if I throw a punch or a kick, you will understand that. That is what is really intriguing about this expression.

I believe that mainstream heroes have always been action heroes — Salman Khan, Sunny Deol, Sanjay Dutt, Jackie Shroff. These guys were the macho heroes in the 1980s and 1990s. Then in the new millennium, Hrithik Roshan was perhaps the last action hero. After that, the romantic comedies and chocolate-boy heroes have become the urban multiplex flavour.

Today they don’t make that hard-core action hero any more. You can give me the tag, I don’t mind that. The fact that you have given me one is a sign that perhaps I have already made some sort of impression.

Your last two films, A Flying Jatt (2016) and Munna Michael (2017), didn’t do well at the box office. As an actor, what did you learn from these failures? 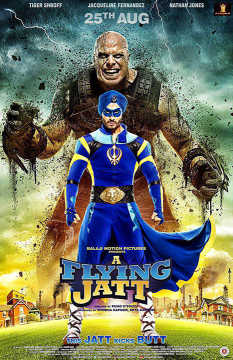 I don’t know if you can ever point out what was right or wrong. You never know what will work, what will not. After the success of Heropanti (2014) and Baaghi (2016), I was on cloud nine. I felt that whatever I touched would turn to gold. Besides, I have a kids fan following, plus I’m doing action playing a superhero [referring to A Flying Jatt], that’s a sureshot [hit], how can that not work? That is what the kids want to see. So how did that not work?

When a picture doesn’t work, the blame game starts. I don’t like to blame anyone but myself. I would ask myself what did I do wrong? But I don’t know what I did wrong. Maybe... I don’t want to say stuff like... story wasn’t good, second half wasn’t great, the director didn’t do a good job. So, I have to blame myself, but I don’t know what to blame myself for. You have to move forward.

Do you tend to consult your friends or family to get an understanding of what went wrong?

Definitely, but that is healthy pressure. You have to take the franchise forward. The fact that they have announced the third part shows the confidence that the makers have in the film.

Is it more comfortable to work with a good friend like Disha Patani? 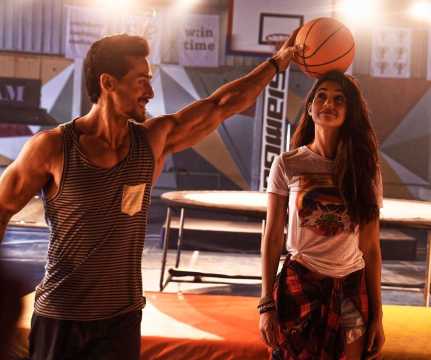 Yeah, definitely. Just the chemistry that we share, the comfort factor, both on and off the sets, it really helps while doing an emotional or romantic scene.

The film is adapted from the Telugu film Kshanam (2016). Did you watch it? Or was there no need?

No, I chose not to watch it because I didn’t want to start going through the same route taken by that actor [Adivi Sesh] had gone through. I wanted to give my own take on it.

You have signed on for Student Of The Year 2. Is that a move to break away from the action hero image?

I am not doing it intentionally. I am not experimenting. I am just happy with what I have in my plate.

Student Of The Year is a complete contrast to what I am doing currently. That is out-of-the-box stuff for me. Here [in Baaghi 2] I am a one-man army, there I am getting bullied. I will have to lose my muscles to look more like a college boy. The body language will have to change.

I don’t know what is going to be my look. Maybe I will be asked to grow my hair, trim my beard, look more fair, which is my natural colour. In Baaghi 2, they tanned me.

With Hrithik [Roshan] sir, there is an action bonanza for viewers. I will be shooting for Student Of The Year 2 first, then the Hrithik movies. Rambo will be after Baaghi 3.

Sylvester Stallone had tweeted a video about knowing that Rambo will be remade in India and he hoped the Indian makers do it well.

Yes, I saw that. That was a good feeling, to get a few words of encouragement.

That’s unfortunate. Honestly, the intention was to just pay a little tribute, homage to a legendary person like Madhuri ma’am. It’s a lovely song as well. Sajid [Nadiadwala] sir wanted to relive, recreate those tunes.

I thought Jacqueline did a great job. It’s unfortunate that it got mixed reviews. By no means can you compare [her] to the great Madhuri Dixit. It’s just a small tribute from our side. We haven’t done it to ruin the song. Jacqueline did her best, I am proud of her.