Rani Mukerji should have got National award for Black and Mardaani: Pradeep Sarkar


In an exclusive interview with Cinestaan.com, Sarkar spoke about his experience of working with Mukerji on two films — Lagaa Chunari Mein Daag (2007) and Mardaani (2014).

It has been four long year since we saw Rani Mukerji on the silver screen. The actress now returns with Hichki, to be released on 23 March. Two days before the film hits the screens Mukerji will celebrate her 40th birthday (she was born on 21 March 1978). It could be an extended celebration if the film overcomes all commercial and critical stumbling blocks.

Aamir admitted it was a mistake not to use my voice for Ghulam: Rani Mukerji

Mukerji was last seen in Pradeep Sarkar’s Mardaani (2014) where she played a tough cop who busts a child-trafficking racket. Sarkar had earlier directed Mukerji in the social drama Laaga Chunari Mein Daag (2007), where she played a small town girl who joins the sex trade to feed her family.

Speaking exclusively to Cinestaan.com, Sarkar shared his experience of working with Mukerji. He spoke of his belief that Mukerji deserved a National award for Black (2005) and Mardaani (2014), and more. Excerpts.

Well, usually, the script comes first. It's the script that attracts an actor. The banner (production house) or the director shouldn't matter.

Hichki trailer: Rani Mukerji is the new hero with a mission and a few hiccups!

But if we look at the 1990s, stars often worked with select directors/production houses.

People like Rani are very strict about it. If they don’t like the script, they will never take up any film. She goes deep into the script.

Was it easy for you convince her to take up a film like Laaga Chunari Mein Daag? I don’t think prior to this film, she ever played a commercial sex worker...

No, there was no problem (in convincing her). The story was one of its kind. If the story is good then actresses like Rani Mukerji are mature enough to understand that story telling is much bigger than anything else. Rani had done an unconventional film like Black (2005) before. Today, people are experimenting with unconventional roles. 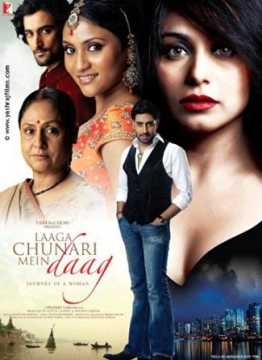 It’s been too long ago [sic]. Difficult to remember. Banaras has a different flavour altogether. It becomes a character. The two sisters, Vibhavari (Mukerji) and Shubhavari (Konkona Sensharma) explored the gullies of Banaras. There was manic atmosphere on the sets. The beauty of this story was that it could have been told in different ways and yet it would look fresh.

Rani Mukerji hardly talks to the media. Laaga Chunari Mein Daag didn't get great reviews. Does she get upset when her film doesn't work?

Every film comes with its own destiny. The late Yash Chopra ji had once told me, 'You never know what will transpire on a Friday’. Even after spending so many years in the industry, he, too, couldn’t predict.  You are so close to your film that you lose a basic outsider’s perspective. What you think is fine, may not appeal to others. We did our best to alter that in Mardaani (2014).

Was Laaga Chunari Mein Daag a little ahead of its time?

The funny thing is that many people told me that they loved it, specially … if you liked the film then why use the word specially.  They say, 'I don’t know what happened but I really loved the film'.  When people say that, there must be some faults in the film. Perhaps, the film was ahead of its times, some people called it regressive.

In Laaga Chunari Mein Daag, she was a victim of circumstances, while in Mardaani, she played this tough cop out to bust the evil of child trafficking. As a director, what did you make of the two performances?

That’s right, in Mardaani she played the complete opposite. Well, it tells you about the kind of actress that Rani is. They mould themselves into these characters, creating something out of thin air. We were seeing these characters through her. So you have to be like.. (pauses)  geela mitti (wet clay) to mould yourself into that and then your ought to be tough. You have to be baked for such a role. In both the films, she knew how to become that ‘gila mitti’. One has to get away from a previous role and come into the new one. There is nothing called as stereotype in story telling.

Most audiences would have never thought this short, pretty actress would ever take such an empowering role. How did you envisage that Rani was the one who could do justice to Shivaani in Mardaani? 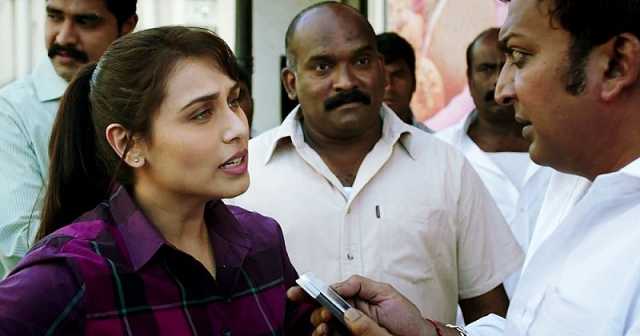 Well, the height of an actor has nothing to do with the role. Not everyone is tall. Those are things that existed in the earlier times. A role is all in the mind. From the time that I had penned the script, Rani was in my mind. Yes, she may not have done action before, but we were quite confident that she would learn.

Well, Rani had learnt the action moves but more importantly she became a cop. Once she went to a police station wearing a burkha. Then on one occasion, the team had gone to the police station. A lady cop told us that slapping someone is no big deal but when a girl slaps a guy, he’s stripped of his dignity. He’s totally embarrassed. Rani had this kind of strength. A girl should take the courage to slap first.

The action scene with Tahir Raj Bhasin was very intense and looked genuine. He really did seem to be striking hard at Rani. How tough was that for her?

She suffered many bruises but once she is engrossed into a scene she doesn’t hold herself back.

Having directed her in two films, what impression did she leave upon you?

Rani is a very simple, uncomplicated girl. She gets agitated if she doesn’t get few things. She does her homework, but if some other artistes hasn’t done it, then that person is gone. Such passion only underlines how much does an artiste value his/her work.

Talk of the actresses from the 1990s, we have Kajol, Aishwarya, there was Karisma Kapoor, later Kareena, Katrina came along. When compared to these stars, is Rani Mukerji a bit underrated?

I tell you frankly she should have got National award for both Black and Mardaani. Underrated, overrated, I don’t know about that.

Unlike the other stars, Mukerji seldom went for the limelight, she kept her life private, didn’t do too many endorsements. Could that be a reason?

She isn’t the only one. There are many like her. What do you derive if 50 people follow you the moment you step outside? It’s her life.

She celebrates her birthday on 21 March. . any wish or message for her? 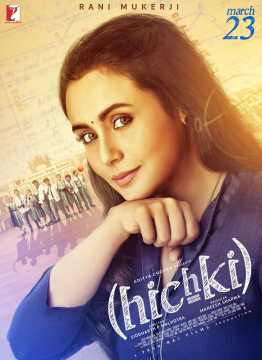 All I want is for Hichki to succeed. That would be a great birthday gift for her. Hichki comes across as a heart warming story of how one breaks the shackles and emerges triumphant. Such stories should succeed.