Celebrating 20 years of the film, we spoke to the actor to relive the times when it was made and find out why such films have become history.

Filmmaker Govind Nihalani always tries to fuse his political consciousness with cinema. Whether Ardh Satya (1983), Sanshodhan (1996) or Dev (2004), his films are voices that question establishments and norms. Hazaar Chaurasi Ki Maa (1998) is no different. It was one of the first films to speak up for the cause of the Naxals and against state oppression.

It has a rich, bourgeois father, Dibyanath Chatterjee (played by Anupan Kher); an idealistic, communist son, Brati (played by Joy Sengupta); and a mother, Sujata Chatterjee (played by Jaya Bachchan) who keeps the family from total collapse. Not treading on any grey land, the film clearly distinguishes between those who sacrifice to bring about change and those who contribute with sonnets in the security of their homes. It not only blamed the police, the government, but also the people who have no convictions, no sympathy for the peasants forcibly displaced from their lands. You would think such a film would give you a resolution in the end. But no. Nihalani understands he has no answers. For him, the fight is ongoing.

Cinestaan.com spoke to Joy Sengupta to relive the times when the film was made and ask why such films have become history.

How did you get this role?

It was a quirk of fate you can say. I was always extremely aspirational about working with Govind Nihalani. Right from my student days. I had seen his films like Aakrosh (1980), Ardh Satya (1983), Aghaat (1985) and Tamas (1987). I was so taken up by the kind of stuff that he portrayed in cinema, the certain social and political anger in his cinema used to really grip me in my student idealism days.

So I had this thing that if I ever work in cinema, it would be wonderful to start with someone like Govind Nihalani.

I had also come to know that he had worked with people from the theatre. In fact, one of the first films that he shot was a play, way back in 1970-1971. He had done Shantata! Court Chalu Ahe. Satyadev Dubey had directed it and he had done the camera.

So, when I was studying drama [at the Living Theatre Academy, New Delhi], I had come to Mumbai for some work and I went to meet him. This was in 1995. I went to meet him in Mehboob Studios, I remember. Not for work or anything. I just went and told him, ‘Your film Aakrosh had awakened something in me in my student days.’ He said, ‘Oh, wonderful, wonderful. Am converting some plays into tele-films right now. It would be nice if you can give your photograph and profile.’ I gave that to him but I don’t think he remembered and the project too didn’t take off, I guess. I went back to Delhi to my studies.

Cut to 1997, I was in Chandigarh taking summer workshops for children’s theatre. I got a call through the Chandigarh University’s drama department from Govind Nihalani’s office asking me to come and meet him. I went back to Mumbai.

He told me he had come to see a play of mine at NCPA [National Centre for Performing Arts, Mumbai]. I was doing a play called If Wishes Were Horses with Kitu Gidwani. Kitu had invited him to watch the play. He really liked my character and performance and there were also a couple of people who told him about me. Bhawana Somaya who was the editor of Screen in those days, I think, had told him about me.

Then Nihalani auditioned me. It was an extensive audition. He asked me to prepare three pieces — a comedy, a tragedy, and a factual scene — and then he cast me. I didn’t know anything about the film at that time.

This is a very sombre film. So what was the mood and the ambience on the sets like?

I have always tried to enjoy wherever I am, whether it is a play or a film. I can’t be serious. I was completely in awe of the set-up, frankly, if you ask me. Here was Govind Nihalani who had already achieved so much, then there was Jaya ji who had also achieved so much and was making a comeback, and there was Anupam Kher who was the doyen of commercial cinema then. I was in the middle of all these people. I came from theatre, was very idealistic, but compared to these people I was a novice.

The mood was never very sombre on the sets. Jaya ji brought her own quality of sensitivity, understanding and warmth. She is a very warm person, no hang ups whatsoever.

Anupam Kher is always full of energy. He breezes in, breezes out and is always a very positive person.

Govind ji, I would say, compared to all of us, is a much more sombre person. He is contemplative. Because he did the camera also along with direction. And in this case, I think, he also contributed to dialogues and screenplay or something. So he had three roles to play. He was super focused. I liked the sets.

When you go to international sets, you’ll find that there is a certain kind of atmosphere that encourages you to focus and raise the quality of your work. Here what happens is that you are generally surrounded by a lot of chaos, noise, irreverence, frivolousness, and stuff like that. So the focus is very fragmented. One is just entering a scene and getting out. But the sets of Hazaar Chaurasi Ki Maa were different.

The relationship between your character, Brati, and his mother is the only normal relationship in the film. Everything around them is in chaos and falling apart. How did you and Jaya Bachchan build that on-screen bond?

It’s a very simple approach. When my character is out there — as a student, as an activist, as a political being — he is a public figure. But all that persona completely collapses when he is with his mother. Because your mother is above all these categories. For your mother you are that little Brati, you will always remain that little Brati.  The mother-child relationship is always independent of all the socio-political dimensions that exists. You don’t put a public face in front of your mother. In fact, the one person in front of whom you will drop all masks and pretensions will be your mother.

So it wasn’t a very difficult process for me. Jaya ji represented motherhood. Even in real life, she was in that age, calm, extremely worldly, wise, all encompassing. She has always represented a certain innocence and dignity. So if I only try to connect with these qualities, that’s enough.

Jaya ji had never worked in this kind of space. Earlier in the good cinema space, she was in the Hrishikesh Mukherjee films.

She approached the character very differently from what most actors would have done. Normally in these kinds of films, artistes have a very socio-political approach, but ma’m approached it instinctively. Soaking up situations, the moment. Just absorbing what is there rather than approaching with a particular mindset or an outlook. Lot of us do that, we approach it with a perspective and a mindset. But she did it neutrally.

The title sums up the entire film...

It sums up the tragedy of that time where the most brilliant, idealistic minds were wiped out and reduced to just numbers. Each of those guys represented the intellectual cream of Indian society. That side of India took up arms because they felt that there is no other option. 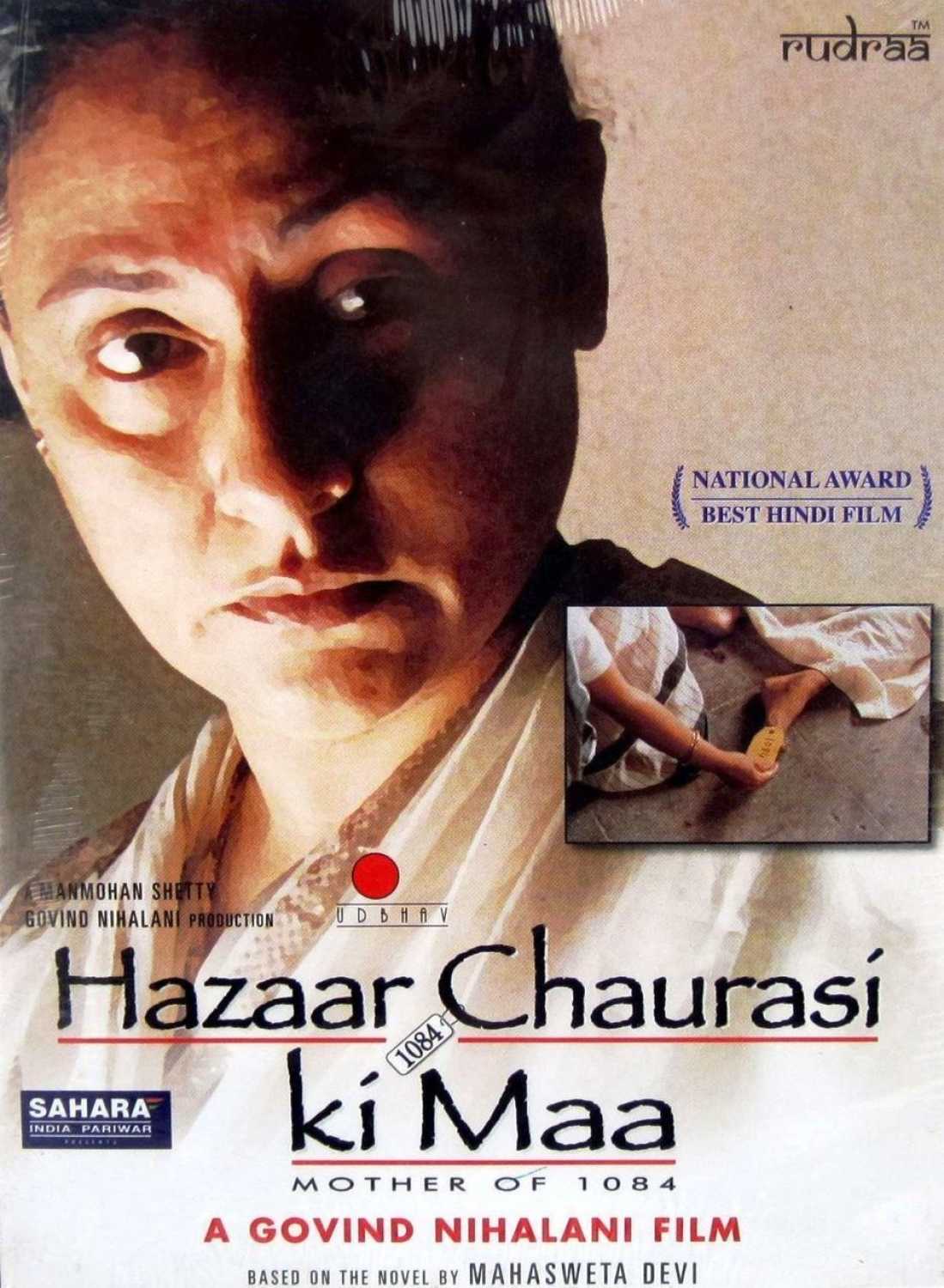 Things have gone bad to worse and the only way to deal with it is to stand in solidarity with the oppressed and defend them. If the sState uses violence on starving peasants, how the hell do you defend them? I think helplessness motivated them to pick up arms against the state.

Do you think such a film would work today, even if the Central Board of Film Certification passes it?

Today we are living in an extremely torrid time, a very confusing time. There has been a tectonic shift in the youth psyche and mentality post liberalisation and globalisation.

Soon after the collapse of the Berlin wall, the market economy took over the society. Suddenly all the societies started looking like each other. It was all about consumerism and consumption. A new culture took over that became the new youth culture. The youth culture of the 1970s that was radical, social, intellectual suddenly changed to a consumerist, lifestyle-oriented youth culture.

Then the technological shift happened. 21-year-olds became millionaires. The whole focus now shifted to becoming a millionaire. Parallelly, the inequality reached to gigantic levels. There was never before so much inequality, poverty and unemployment. All this is masked under consumerism. The goal is not to make a better society, but to earn more money and to spend more money. There is no ideology, there is only confusion and identity politics.

Any memories from the sets of the film?

I used to come with a lot of preparation from home. I used to be this very process driven actor from drama school. Spending the whole night trying to work out the scene and its objectives.  And then I would come to the set and Govind ji would change everything. I wouldn’t understand. He would ask me to not do anything. Stand here and look this side or that side or just walk three steps and look back. I was like, ‘Oh my god! All the things I prepared, all the intensity that I’ve come with is all limited to this! How is this going to work?’

I used to be very upset, go back home and mourn. I used to become very pessimistic and think I am doing shit everyday. But, what I didn’t realise is that the director sees everything. He doesn’t just see your scene or your moment, he sees the film as a whole. He is juxtaposing each moment with another moment. You don’t know that. You think the whole thing is me. No, it is not. You are supposed to do only that much. When I watched the film, I was amazed at the way it all came together. This was a lesson for me.

Also, the relationship we shared, at least in that period, with Jaya ji and all was priceless. She used to get cooked food from home. She had those wonderful stainless-steel tiffins, big ones. She would get very tasty food and feed us. So there was a homely feeling. There were no people sitting in their make-up vans and going into their mobile phones. It was that one room where we ate together, where we chatted together. She spoke to me about my aspirations, career choices, like a mother would. You know when these elements come together, acting becomes very easy. Then you are not working on an island, with no understanding of what the other person is going through.