Holi special: The splashes of colour in Hindi cinema over the past decade


On the festival of colour, we look at the various palettes modern-day filmmakers have used to paint the Hindi screen with.

Why do two colours, put one next to the other, sing? Can one really explain this? No. Just as one can never learn how to paint — Pablo Picasso

Cinema, by virtue of its technology, is a visual medium. In his famous 1954 essay published in Cahiers du Cinéma, the French filmmaker Francois Truffaut mentions that the true sign of an auteur lies in his/her ability to establish a distinct visual style.

By this definition, Indian filmmakers have constantly pushed the envelope. In the new millennium, filmmakers like Imtiaz Ali, Zoya Akhtar, Anurag Basu and Sanjay Leela Bhansali have slyly created visual templates of colour, extravagance and style that have become signature elements for their respective brands of cinema.

In the current age, colour has an important role to play in cinema. It has incredible power over how the audience perceives the character and the story. Filmmakers like Bhansali, Imtiaz Ali and Basu set a colour palette to describe the progression of their characters. This does not, however, mean these films lack visual appeal. Quite the contrary is true.

Imtiaz Ali's Tamasha (2015), for instance, is an example of the use of yellow as the basic palette for the protagonist Ved (Ranbir Kapoor). Whether it is the sights and sounds of Corsica, or the moment when Ved takes to the stage for the first time, Ali paints the screen with differing shades of yellow. 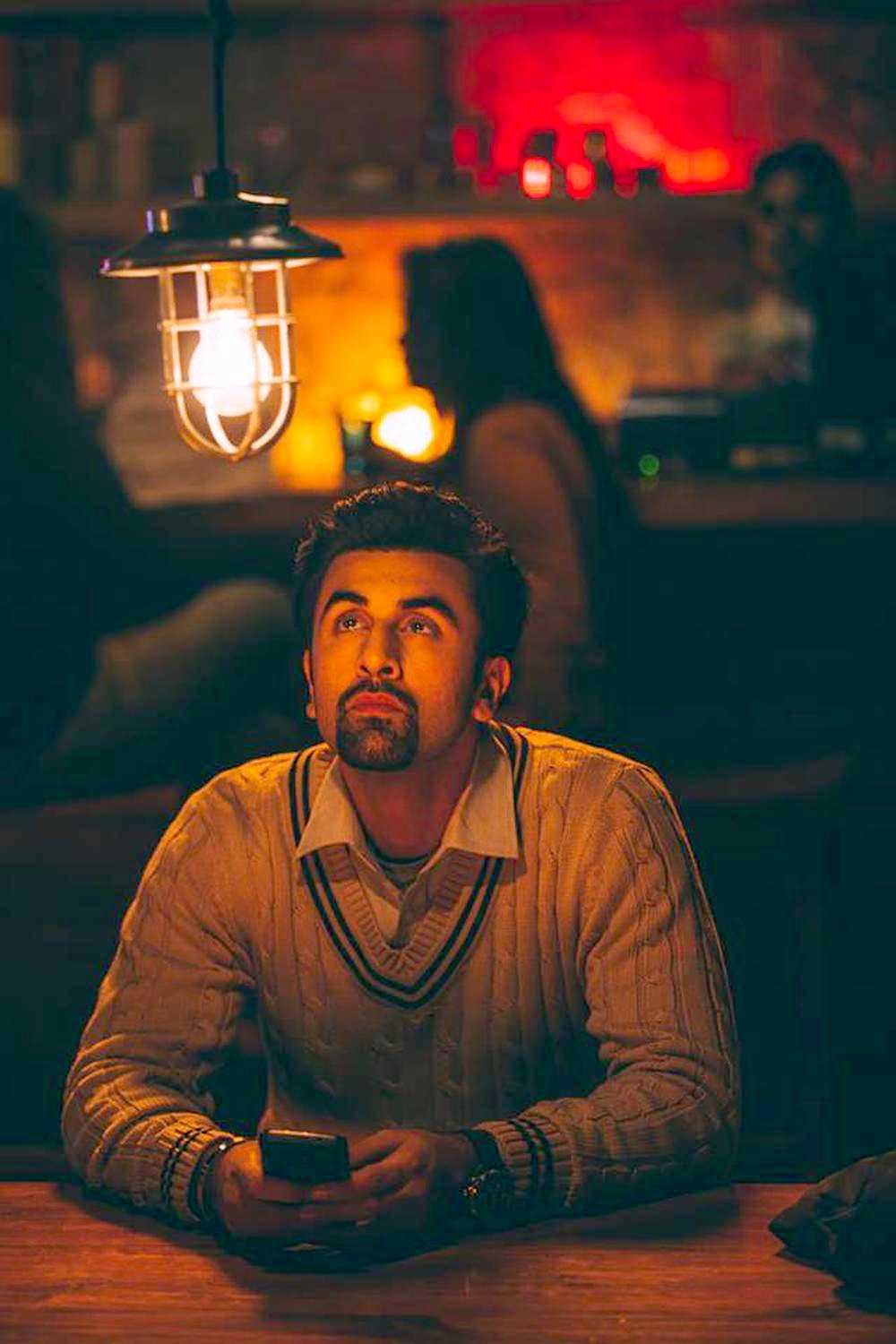 But nowhere are they dull. Take the song 'Matargashti' from Tamasha. With festoons, the yellow background walls, and Deepika Padukone's contrasting blue skirt, the song becomes a visual depiction of the contrasting natures of the characters, and the freedom they enjoy in Corsica.

These subtle methods are often effective in making a scene resonate emotionally with the audience. Yet, there needs to be an aesthetic to capture this emotional consonance. And no one does it better than Sanjay Leela Bhansali.

While Bhansali is considered India's answer to the Australian filmmaker Baz Luhrmann, a creator of grand set designs to match his epic stories, he is also blessed with a very aesthetic vision. From Hum Dil De Chuke Sanam (1999) to the gorgeous costumes of Devdas (2002), and now to the epic ones of Bajirao Mastani (2015) and Padmaavat (2017), Bhansali has constantly pushed his colourful vision.

But it was in Goliyon Ki Raasleela: Raam-leela (2013) that he truly splashed the screen with colour. While red was the dominant colour for this passionate story, splashes of purple, blue, black and yellow made it a visually stunning rainbow. However, red remained the colour signifying the blood, passion and romance that underlay the film's emotions.

The use of colours to set the mood has been a common element for filmmakers young and old. In Wake Up Sid (2009), Ayan Mukerji used blue as the theme of a young adult lost in the world.

The colour blue is usually associated with tranquillity, calmness. The lead character, Siddharth aka Sid (Ranbir Kapoor), of Wake Up Sid (2009) exemplifies that in the film. In his last year of college, Sid is way too relaxed, brushing off work and responsibilities. As a result, he is unable to graduate with his friends as he fails in his exams.

After a fight with his father, Sid leaves home and finds Aisha who helps him turn his life around. 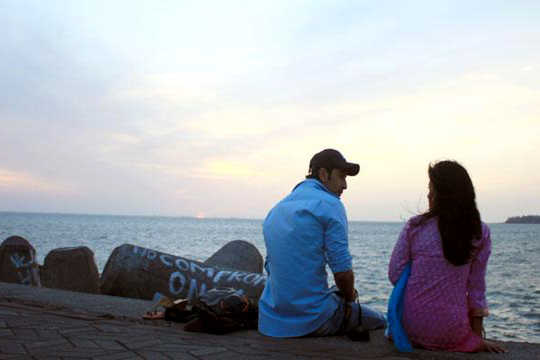 The film has touches of blue in several places, from Sid’s costumes (T-shirts and jeans) to the azure skyline of Mumbai. But as he struggles to find his place in the world, blue could also describe his state of mind, before he finds direction thanks to a job and his passion for photography.

Similarly, Vikramaditya Motwane makes use of white, as an element of peace, and the past, in his Lootera (2013). The filmmaker's Udaan (2008) had a darker subject but still had some scenic moments filled with colour.

Lootera, adapted from the O Henry short story The Last Leaf, published in 1907, is a wonderfully lyrical period love story directed by Motwane. Set in 1950s West Bengal and Dalhousie (in the second half), it tells the story of a zamindar's privileged daughter Pakhi (Sonakshi Sinha) who falls for a young architect Varun (Ranveer Singh) who comes to survey their ancestral land. Betrayal forces the lovers apart and they find themselves in changed circumstances a year later, to devastating result. 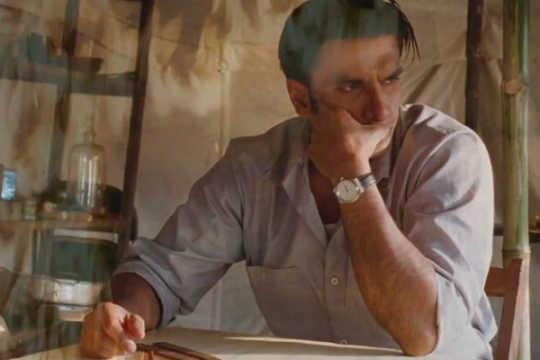 White signifies light and goodness, qualities displayed by Sinha’s Pakhi. But as Pakhi and Varun grow apart and meet again in Dalhousie, the winter snow and bleak mood that surrounds the reunion also signifies the lack of colour (shown by the production design and costumes) in their lives now.

Green is another colour that has found prominence in recent years. Anurag Basu experimented with it in Jagga Jasoos (2017) and, before that, in Barfi! (2012). While his latest adventure did not work out at the box office, it was certainly compelling visually.

A better example of the use of greens, however, is to be found in Shakun Batra's Kapoor & Sons (2016).

Harmony and growth are just two of the features associated with green, the colour of nature. The family drama begins with most of the characters in conflict with one another, but set in the soothing outdoors in Coonoor (almost an extra character in the film), the Kapoor family begins to heal and open up on the problems that have been driving them apart.

Arjun and Tia, too, slowly fall for each other; their first date has them exploring off the beaten track, in an overgrown cemetery of all places.

While Yash Chopra, one of the more famous users of saturated colours in films, often turned to foreign shores for visual support, filmmakers in recent times have turned to more Indian colours that connect with their audiences.

For instance, in Bareilly Ki Barfi (2017) shocking pink was contrasted with black to create an effective template on screen. The song 'Sweety Tera Drama' is an example of how a very Indian mix of colours has become acceptable on screen today.

Then there is Zoya Akhtar, whose use of stylish, highly saturated colours in films like Zindagi Na Milegi Dobara (2011) and Dil Dhadakne Do (2015) fits in with a storyline about confused adults.

In all this, it would be sacrilegious to ignore Rohit Shetty, who has introduced a whole new palette of colours to Hindi cinema. Whether it is Chennai Express (2013) or Dilwale (2015) or, more recently, Golmaal Again (2017), the director revels in creating visuals that are high in contrast and built around the primary colours.

The poster of his upcoming Simmba promises the audience no reprieve from this style. 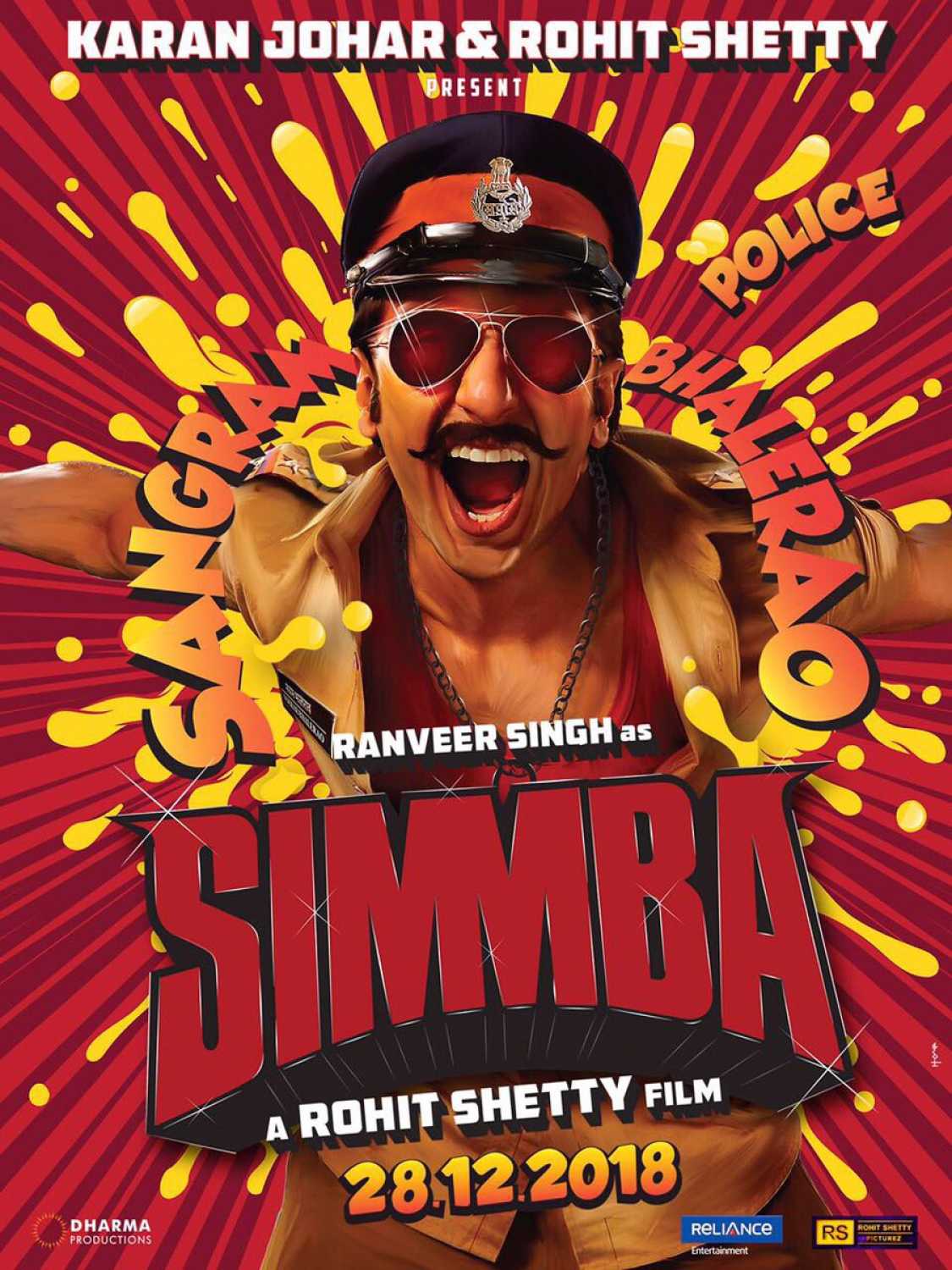 One thing is certain. Indian filmmakers are not going to stop experimenting with colours anytime soon. At least the audience will have a lot of style on the canvas in front of them.