Aamir admitted it was a mistake not to use my voice for Ghulam: Rani Mukerji


The Hichki actress, in a group interview, spoke of motherhood, pampering of stars, and revealed why Aamir Khan admitted it was a mistake to not let her dub for Ghulam (1998).

Media interactions with stars just before the release of their latest film often throw up a common question — how challenging was this role? As clichéd as the question sounds, it is very much relevant for a film where the actor plays a physically challenged character.

Hichki trailer: Rani Mukerji is the new hero with a mission and a few hiccups!

Rani Mukerji stunned the audiences with her portrayal of a blind and deaf woman in Sanjay Leela Bhansali’s Black (2005). 13 years later, the actress will be seen playing a teacher who suffers with Tourette Syndrome and yet dares to dream.

Hichki is Mukerji’s first film since the birth of her daughter Adira. It is no secret that Mukerji is an elusive person, one who is not on social media and speaks rarely. But when she does, it is more often to speak her mind.

Dressed in a cool dark brown skull t-shirt with Phantom imprinted on it, Mukerji stepped in in great spirit to talk about her next film. There is an unbridled joy on her face that is difficult to put into words.

Over the next half-hour Mukerji talks about Hichki, motherhood, reasons why actors are pampered today, and reveals that Aamir Khan admitted it was a mistake to not let her dub for Ghulam (1998).

How Rani Mukerji prepared for Hichki

Excerpts from the group interview:

From being a student in Kuch Kuch Hota Hai (1998) and then Black (2005) and now being a teacher in Hichki. How has the transformation been?

I started my career at 16. I’ll be 40 next month. It’s been a journey where I have actually grown in this industry. Whatever I have learnt [is] through my work. This journey has been wonderful. My choice of films has also changed with the way I have grown up. Each time I choose a role, it connected with me at that point of time.

Hichki is a special film about overcoming one’s weakness and turning it into your strength. It talks about the discrimination that one faces, if they have a weakness. It also talks about how students from different economic backgrounds are treated [differently] in school.

The film has a lot of layers. When I was young, I had a stammering issue. Had someone taken that as weakness of mine, more importantly had I accepted that as my weakness, then I wouldn’t be have been actor. You can’t have an actor who stammers.

You played a physically challenged character in Black and now you face a different physical challenge in Hichki. Which role was more challenging? 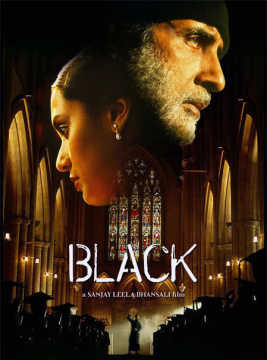 When you play such characters, you have to be sensitive of the people who are actually suffereing from that disability. With Hichki, you have to take into account that it can become comical. In India, many would laugh at such people, but in the US, a lot of people suffering from Tourette Syndrome have become stand-up comedians. They don’t mind people laughing at them, but they [people] should pay for it. I can’t be doing that in films.

Naina Mathur (her character's name in Hichki) can’t be a stand-up comedian. Now, perhaps in the beginning people will laugh at that, but from there they should change and feel empathetic towards people who have the Tourette Syndrome. There are lot of complexities and sensitivity that comes with playing a role like that.

If one encounters a physical problem in childhood, it truly shatters his/her self confidence. You mentioned about your stammering problem as a child. Now you play a role where you stammer. Did you go through that dark phase again while shooting for this film?

Well, that is what life is. I think God tests us at different points of our lives. We have to emerge winners.

The life God has given is too special. When I met the dumb, deaf and blind people during my research for Black. I started thanking God everyday. You suddenly realise that you can walk, talk, speak without anyone’s help. When you go through such moments, you only become a more humble human being. You gain wisdom through these experiences and start to live life in a different way.

Was it exciting to shoot with the kids?

Shooting with the kids has been amazing because most of them were facing the camera for the first time. They had a lot of real and organic quality in them. It was good fun when kids would go to sleep in the middle of a scene and you had to tell them, ‘Hello, the take is going on, so get up’. Some of them are trained actors, one is from television. What is amazing with the kids is that they don’t have an image or a particular way of performing.

Today, it is often perceived that actors are under constant pressure to maintain their shape. You, though, are an exception. How difficult it is to eat delicacies and yet stay fit?

Today, I think actors are really pampered. They have 10 people surrounding them. There are PRs, managers, fitness experts, security, blah blah. It is a never ending story.

We were never pampered. Earlier, we used to get criticised if we said something [that was] not right. We learnt from those mistakes and didn’t repeat them.

Today, we have PRs who lays down the Do’s and the Don’ts. The young actors are so pampered. Actors would rent clothes for an occasion. Eat, drink, be happy. Why take any untoward pressure?

When you see an Aamir Khan in Dangal [2016], you see him as a character. Earlier, you’d seen him in Dhoom 3 (2013). Weight! it all depends on what you are doing for your role. How does it matter to anybody what shape an actor is in after he’s done with a particular role?

Does it matter to you that I’m wearing this particular jeans today? No, what will matter to you is how well I have played my role. How I looked during pregnancy and post pregnancy is immaterial. What should matter is, is Naina Mathur a convincing character? Is she believable?

We are actors, not models. We have to do justice to who we are on screen. Somewhere, an Aamir Khan is an institution of how an actor should be. There is also Kamal Haasan. These actors have redefined their position. Today, because of social media, people are interested in how the actors are looking. I come from an era where I bought my own clothes.

Did motherhood, in any way, influence your choice of films?

When my father passed away, I truly understood what sadness is. A vaccum can be created when one of your parents are no more.

When I performed those scenes [of losing a parent] in one of the earlier films, it was probably just an aspect of my performance which I thought hypothetically — what is it to miss a parent. I just interpreted it in the way I thought it would be.

But when it actually happens to you, it hits you. [You know] what that sadness is. You can really feel that when it happens. Similarly, I’ve been pregnant in many films, but it’s vastly different from when you go through the actual pregnancy.

You started your career at 16. What kind of Hichkis, hurdles you faced?

Obviously, my height, my voice. Luckily, I had Aamir [Khan] opposite me. But it was an issue when I worked with Abhishek Bachchan. But then we clicked. We were being compared to the Amitabh-Jaya Bachchan pair.

If I had come in during era of tall heroes, then it have been a huge problem for me. I came in era where we had Salman, Shah Rukh and Aamir. I looked pretty good with them.

Voice was a big issue. During Ghulam [1998], Aamir, Mukesh and Vikram Bhatt felt that my voice was not as thin as of the heroines of that time. So, they dubbed my voice.

When Kuch Kuch Hota Hai [1998] happened, I remember Karan Johar asked me, why is your voice being dubbed in Ghulam. I replied that may be because they didn’t think it was correct for the character of the film. So, he asked me, 'did you dub for your first film Raja Ki Aayegi Baraat [1997]? I said yes and so he told me that I will dub for Kuch Kuch Hota Hai.

I remember Aamir calling me after Kuch Kuch Hota Hai and admitting that he made a mistake and should have used my voice for Ghulam.

So, these things happen. You need people to believe in you. Today, my voice has become my identity. With my height, I’ve crossed the hurdles, because you need to be tall with your achievement and not with your physicality.

When you give flops, people will write you off. In my career of 22 years, I’ve been written off many times, but it’s the audience which has always wanted me back. It’s their love that keeps me going.

You've been asked often in the past, and we ask you now. Will we ever see Aditya Chopra direct you?