The filmmaker had recently also patched up with Kangana Ranaut.

Filmmaker Karan Johar threw a grand bash for mother Hiroo Johar’s 75th birthday. The most striking sight of the party was his reunion with actress Kajol. The two patched up last year after a serious spat in 2016. Kajol and Karan posed together along with Kareena Kapoor, designer Manish Malhotra and writer Niranjan Iyengar.

Karan’s cold war with Kajol commenced when his film Ae Dil Hai Mushkil (2016) clashed with her husband Ajay Devgn’s Shivaay (2016). When Devgn levelled a charge against Karan for trying to malign the name of his film through critic Kamaal R Khan, Kajol supported him. This hurt Karan enough for him write about the incident in detail in his biography.

But he patched up with Kajol last year. During the inauguration of his radio show, Karan spoke about it saying, “This platform isn’t about my personal life. But Kajol is, has always been and will always remain more than special to me, for the time to come. Always.”

It looks like the filmmaker-cum-producer is on a patch-up spree these days. After having a war of words with Kangana Ranaut last year, he patched up with her and the two were seen together at a reality show recently.

Coming back to the bash, it was also attended by Rani Mukerji, Sonu Nigam, Sidharth Malhotra, Tanisha Mukerji and Shweta Bachchan Nanda. 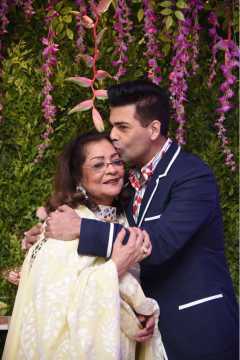