Neetu's son and actor, Ranbir, is rumoured to be in a relationship with Bhatt.

While Ranbir and Mukerji celebrating Bhatt's birthday comes as no surprise, Neetu Kapoor's presence in the bash is an unexpected news. Neetu is a veteran actress and Ranbir's mother.

Neetu is known to have been pally with her son's former girlfriend Deepika Padukone. Her presence does raise an important question — has the dotting mother approved her son’s rumoured relationship with Bhatt?

A few days ago, Bhatt, while speaking to a daily, Hindustan Times, chose to ignore questions on the alleged relationship stating that she wants to keep her personal life private. 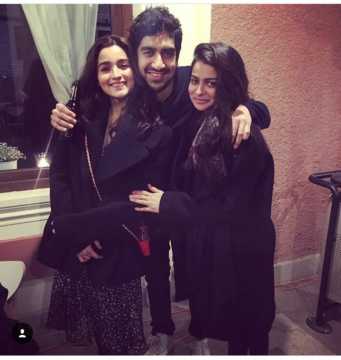 Rumours aside, the young actress appeared to have a gala time with her Brahmastra team and Neetu Singh. The film is set to be relesed in 2019.