Watch Alia Bhatt in her Kashmiri avatar for Raazi: Pictures


While the pictures hint at the authenticity achieved by director Meghna Gulzar, they also depict two shades of Bhatt's character in the film.

On the ocassion of Alia Bhatt's birthday today (15 March), the makers of Raazi have shared two pictures from the film featuring the actress. Bhatt is cast opposite Vicky Kaushal and plays a Kashmiri girl.

The first picture shows Bhatt in a burqa and the second has her in a track suit. While the pictures hint at the authenticity achieved by director Meghna Gulzar, they depict two shades of Bhatt's character in the film. One looks traditional, submissive and the other modern, confident. 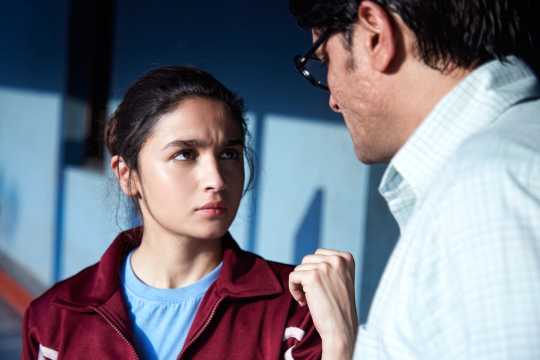 Raazi is a cinematic adaptation of Harinder S Sikka's novel Calling Sehmat and will focus on the backdrop of the 1971 India-Pakistan war. Bhatt’s character in the film gets married to a Pakistani army officer, played by Kaushal, in order to source intelligence information.

The film is scheduled to be released on 11 May.

Gulzar’s last film, Talvar (2015), was based on the infamous Aarushi Talvar murder case.

Vicky Kaushal’s last theatrical release, Zubaan (2016), didn’t do well at the box office. However, Love Per Square Foot, that released directly on Netflix on Valentine's Day (14 February 2018) got some good reviews.

Love Per Square Foot review: This charming tale of real estate romance is an enjoyable watch

Bhatt is currently shooting for Ayan Mukerji’s Brahmastra, where she is cast opposite Ranbir Kapoor. Brahmastra is produced by Dharma Productions and so is Raazi.