Truth is uncomfortable and it must be faced: Director Hansal Mehta on Omertà


Presented by Swiss Entertainment and Karma Media, and produced by Nahid Khan, the film will be released on 20 April.

Omertà director Hansal Mehta, who unveiled the gritty trailer of the film in New Delhi on Wednesday (14 March), says his idea behind making an "uncomfortable film" is to make the audience face the truth.

The film, starring Rajkummar Rao, is based on British-Pakistani terrorist Omar Saeed Sheikh.

"Omertà takes a look at this complex paradox of a man called Omar Saeed Sheikh. It was a difficult subject to choose and a challenge to make. However, with an actor like Rajkummar, no challenge seems insurmountable and this was the ideal film to hurtle us out of our comfort zone to make something that is uncomfortable," Mehta said.

"But that is the burden of truth — it is uncomfortable and it must be faced," he added. 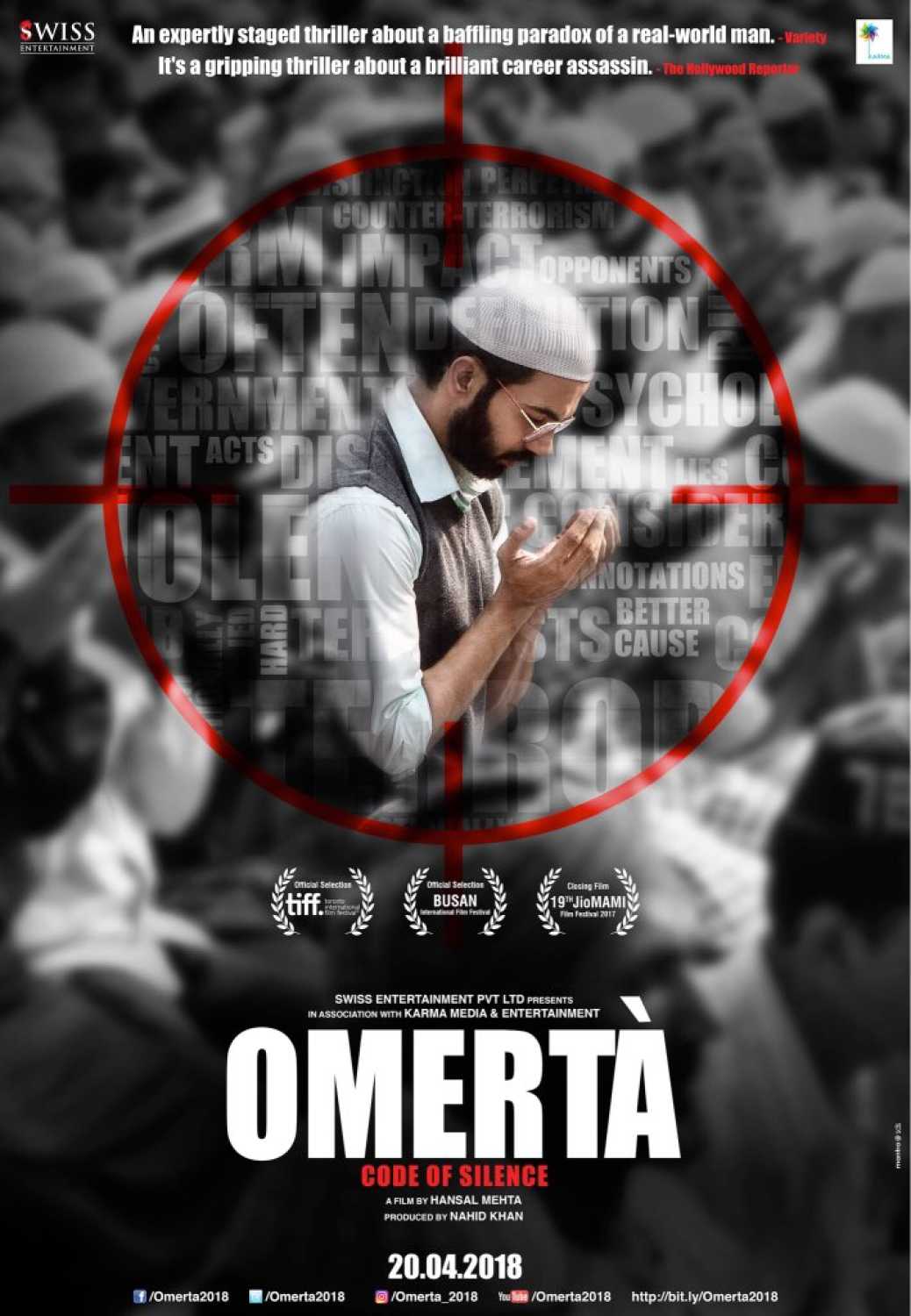 According to Mehta, Omertà looks at what it means to be a fundamentalist and for someone to pick up a gun with the intent of killing in return for an afterlife in paradise.

"I want to leave the viewer with a sense of awe, disgust, hate, surprise and let them examine the ramifications of these events on their lives today," he explained.

The National Award winning actor, Rajkummar, who has delivered impactful performances in his past associations with Mehta, will be seen playing an anti-hero for the first time.

"Omertà is among the most researched films that I have worked on till date. We actually visited some of the places frequented by Omar in London during his transformation from a LSE graduation student to becoming this deadly terrorist. I needed to feel and touch this man's past — to ingest him. It was not an easy journey for me to take. With Omertà and Hansal sir, we have a combination that will probably leave you stunned. There will be this moment of shock and silence as the end credits roll," Rajkummar said.

Fear of failure can be life-threatening, says Hansal Mehta

The film is shot in real locations across London and India.

Presented by Swiss Entertainment and Karma Media, and produced by Nahid Khan, the film will be released on 20 April.