The director sat down with mediapersons to talk about the realism, human element, and the intrigue involved in Raid, starring Ajay Devgn and Ileana D'Cruz.

The grittiness and heavy dialogues in the trailer of Raid are a far cry from the personality of the film's director, Raj Kumar Gupta. Unassuming and disarming, the director approaches his subjects with the most basic of tenets — research well. Speaking to mediapersons before the film is released, Gupta said, "For me, the most important thing is to get down to the human element. The smallest things can be the most appealing."

Raid is based on one of the longest income tax raids that took place in India. Starring Ajay Devgn and Ileana D'Cruz, the film carries the element of grit and style that is recognisable from the director of No One Killed Jessica (2011).

However, Gupta maintains that style is not priority. "The important thing, for me, is how do I present the story and whether I am being sincere to it," he emphasised.

Raid is set to be released in theatres on 16 March.

Following are excerpts from the interaction. 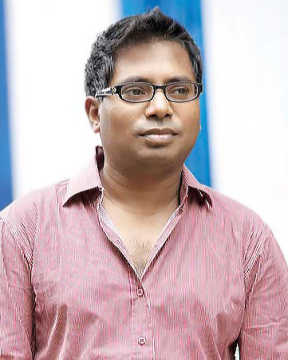 How did the whole story and concept built around an income tax raid come about?

I think, when the story was narrated to me by my producer Kumar Mangat, there were a couple of things that interested me. One was the unbelievability factor of the thing that has happened. It was something that was inspired by a real life character. The first time I heard it, it was a reality-stranger-than-fiction kind of a moment.

When you talk about a raid, you hear that one was conducted and the money was recovered. What happens inside is something nobody knows. That was also an element which was fascinating.

Another fascinating element was the timeframe. The 1980s was a time when there were no mobile phones, only landlines. There was a mystery factor attached to it. Now, you go on a raid, and the social media tells you where it was conducted instantly.

Back then, even the members of the department, or their family, were not aware where the raid was happening. It could be a life-threatening place, but the family members won't know. It was very intriguing. The timeframe, the threat involved.

We are a corrupt society, so we show corruption in films: Ajay Devgn on Raid

You said that you were not aware of how these raids were conducted. So how did you approach the script, to show it on screen?

I have been involved in films that were based on real subjects, and were research based. I had a lot of friends in the revenue services — IAS, IPS. The idea was to go meet them, and see the process, and how they go through it [sic]. The challenge was to meet the right people.

We have tried to incorporate it in the best possible manner, and in a sincere way as possible. Of course, there have been cinematic liberties taken in telling the sequence, but the realism was the x-factor of the story.

One of the key elements in your films are the hard-hitting dialogues. How does that come through?

Well, I have not written the dialogues for this film. It is by Ritesh Shah. I usually write the dialogues for my film. But the idea is the same — to choose and pick lines from reality. The dialogues that hit you are the ones, mostly, which make you think 'What a thought!' and are inspired by reality.

I always feel dialogues need to have the right ideas and thoughts behind them. Somewhere they also need visual backing. In this, I have tried it directorially to provide a context to the lines.

Talking about the realism in the film, how much of it have you dramatised, and how much have you kept from the realistic films?

I can't quantify it. There have been cinematic liberties taken. One is true to the incident, but cinematic liberty is taken in terms of bringing in all points of view, bringing in humour. While I was researching we got to know that the wives and the family members are equally brave. All of them told us that if they had not received support from their family, they would not be able to do what they did. That to me, sounded equally courageous. And that's where Ajay's (Devgn) dialogue 'India me officeron ka nahi, unki biwiyon ka bahadur hona zaruri hai.' (In India, it is not the officers, but their wives who need to be brave).

Those are the liberties we have taken to package the film. In storytelling, if you document, it becomes a documentary. It is not a form of documentation to tell you this and this happened. It is a cinematic form where we tend to bring in a lot of elements which will not keep the film dry. It will have the entertainment without compromising the sincerity and simplicity of the story.

Actresses are taking a stance, causing a change: Ileana D'Cruz on Baadshaho, Raid, and the film industry

What about the technical side? You have experimented with style in films like Aamir (2008) and No One Killed Jessica? Are there any stylistic additions to Raid?

This is a very simple film. It is about simple people. Those films had a context. No One Killed Jessica was a part of Delhi, which has a glamour sense attached to it. This film is told simply. The form, in this one, I have made sure the form doesn't take over the story [sic]. This one, craftwise, you will see an affecting yet simple form of storytelling.

You talked about reaching the right people for research. Whether it is No One Killed Jessica or Raid, how do you make sure that you do not overstate or understate the issue in the film?

For me, the most important thing is to get down to the human element. The smallest things can be most appealing. The incident I just told you about the wives, we often hear that. It is not the first time [sic]. But when I heard them say it for the first time, the emotions involved, the relationship at that point, were something that touched me at a human level [sic].

A prime example would be the cop played by Rajesh Sharma in No One Killed Jessica. When I was talking to the journalist about one such cop, she told me an incident of how she had gone to his house. She said, 'When I saw his house, I understood why he had taken the money to lie'. The condition they live in, when you witness it, gives a human perspective to something. This was the reason why the character was appreciated in the film.

We live in a time when every film is analysed on social media for its realism down to the minute details, while another part of the audience only wants to be entertained. How difficult is it for you to maintain a balance in these times?

For me, it is important to be honest to the story. When you tell a story based on someone's life, there is a certain sense of responsibility. Of course, you take cinematic liberties, add humour, which are necessary. The important thing, for me, is how do I present the story and whether I am being sincere to it. Then, see whether the audience likes it or not. If I try and calculate and add percentages, it will be diluted.

Was Ajay Devgn always your first choice for the role?

Ajay sir was aware of the idea and had liked it. But he had not heard the script, because we were working on it. When we finished the script, we narrated it to him, and he was onboard from that point.

While this film was written by Ritesh Shah, I usually don't think of actors when writing. You don't know who you will get in this industry. You have to go through a process. So, my process is to write the script, and narrate it to actors. When the actor comes on board, you look at their personality and add or delete according to the character.

Is this always going to be your trademark, or are you looking to experiment?

Of course, I would like to make more films. But there are so many elements that need to come together to get a film made. I would certainly like that my next film comes next year. But one does not have control over that.

As for the kind of films I make, I have tried to be true to what I like best. I would like to experiment in genres, but I would only like to do things that I know best to do. Unless I can add something, I don't think I can do justice to it.

No One Killed Jessica