Dzuvichu is an advisor to the Naga Mothers Association (NMA) and has served as the Kohima District Mahilla Congress president. She is the chair of the department of English, ex-director of the Centre of Women Studies at Nagaland University, and is associated with several political and human rights organizations.

Dasgupta is a political scientist working as an independent researcher and consultant. She has served as assistant director at WISCOMP. Dasgupta has published extensively on politics, security, gender, conflict, role of civil society, and democracy, particularly in the context of South Asia.

Trained as a biomedical engineer, Qadri has served as executive director at the School of Rural Development & Environment and is a member of the National Council at the National Federation of Indian Women. She has worked on climate justice, rural development, women's empowerment, the revival of traditional art and craft forms, and community-based tourism in Kashmir, specifically in the rehabilitation of the Tosa Maidan in Jammu and Kashmir.

Padma Shri Award recipient Dr Meenakshi Gopinath is the founder and director of WISCOMP. In addition to her work on education, her research and publications also focus on issues of security, peace-building, gender and politics.

Dr Gopinath began the seminar by delineating the possibilities of networks of women speaking about ‘truth to power’ and working for peace in contemporary society, especially in conflict ridden zones.

She asserted that in today’s post-truth society there is "a need to tell and listen to more stories" as no black and white formats can help us in delineating the world and its issues. She introduced the panellists who shared their own experiences of the struggles they have faced in their attempts to establish women’s rights, peace keeping and rehabilitation efforts in post conflict regions. 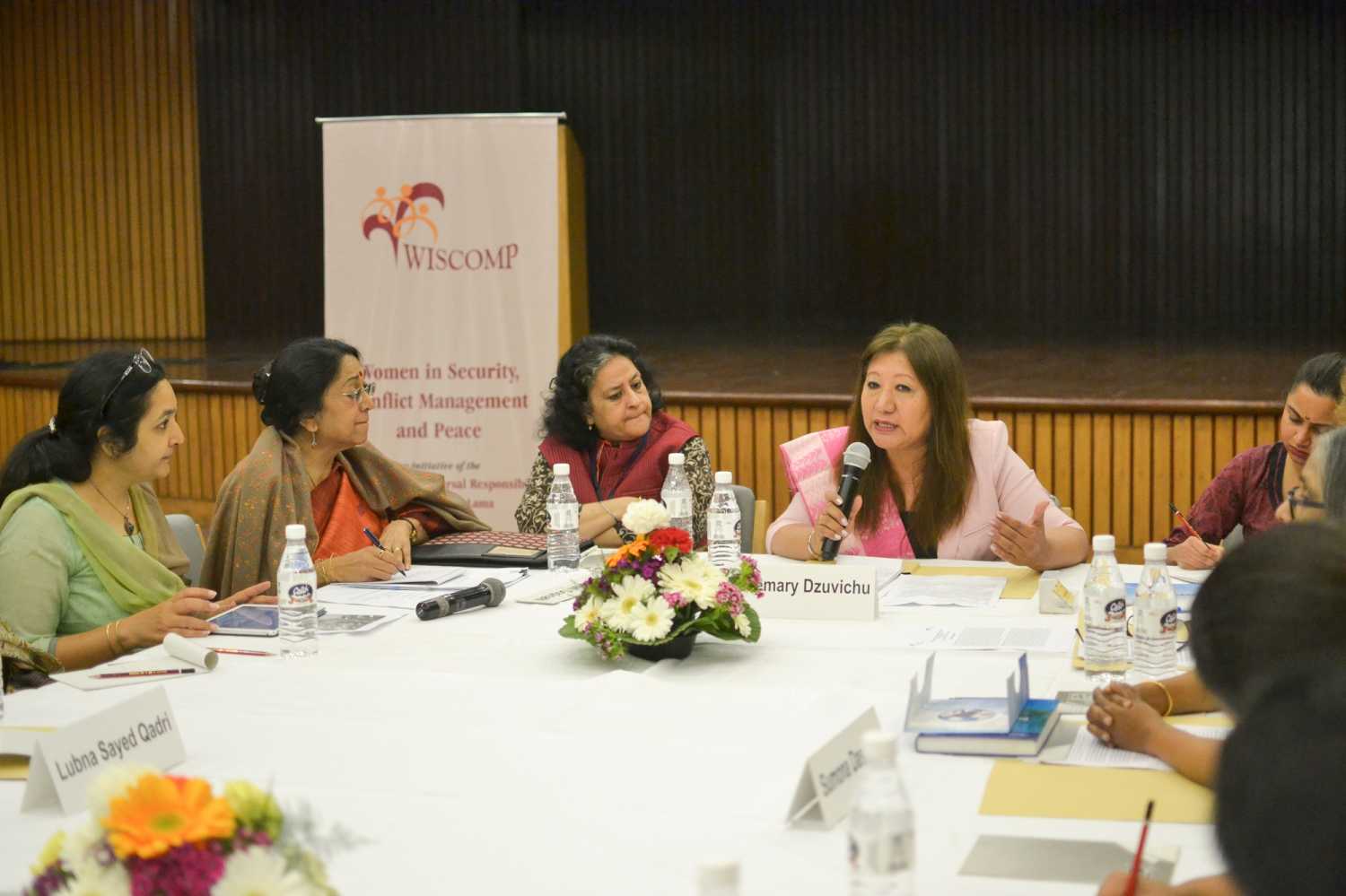 Dzuvichu provided an insightful commentary on the rights of women in conflict ridden Nagaland and the struggles they face in amassing a social and political voice in a heavily patriarchal social structure.

She highlighted the inequality and repression caused by the customary indigenous laws of Naga tribes that do not provide women the right to hold land and, consequently, any formal claim at citizenship. Women are constantly bullied, threatened and abused in the male dominated social, political and economic spaces.

She also spoke of the long standing Armed Forces (Special Powers) Act, better known as AFSPA, the conflict between militants and the Indian government, the impossibility of provision of rights to women despite juridical rulings, and the ways in which women manoeuvre, through structural violence, in order to reclaim their rights and negotiate peace between conflicting parties.

Dasgupta narrated three episodes of life restoring acts by women from what she calls “the theatres of conflict” in Guatemala, Palestine, and Northern Islands.

Dasgupta’s focal point was stories of resistance by victims in a post-conflict society. She urged that such narratives of restoration that look toward the forging of the present and the future, along with a reclamation of the past, are often eclipsed in research and documentation that binds itself to truth-telling.

The focus should instead move to ‘truth-seeking’ which encompasses the acts of alliances and solidarities, arts and aesthetics, use of storytelling and life restoration which provide a comprehensive outlook on the role of women in theatres of conflict, and how they can work towards peace building.

Qadri introduced her ground breaking work on the closure of the Tosa Maidan firing range and minefields, conservation, development of community-based tourism model, provision of (individual and collective) compensation for victims in Jammu and Kashmir high court, and strict implementation of rules for operational firing ranges in the state.

Qadri raised several pressing issues such as the gaps between judicial ruling and executive implementation, use of resources by indigenous communities adversely affected by corporate greed, use of collective RTIs and PILs to fight fearlessly against oppressive state machinery, and the effective education and participation of women in civil society.

These invigorating and incisive presentations were followed by a Q&A where issues of structural violence against women and minorities, the tectonic shifts in perspectives and acts of resistance, political economy of everyday peace work and the need to deconstruct political and economic models were rigorously discussed.

Dr Gopinath assessed that “transversal solidarities have been built by women in South Asia” and around the world to weave peace and restore stability in areas of crisis. She reflected that the presentations have incisively highlighted “how macro-security of the state creates micro-insecurity for women in these situations”.

The seminar ended with a call for women “to find what enabling spaces exist” in the everyday struggles that are constantly combated in order to ensure, restore and negotiate peace.

The 14th Asian Women’s Film Festival was held from 5-7 March at the India International Centre, Delhi. The festival showcased 73 films from 20 countries, and hosted seminars, workshops and Filmy Adda.