Renuka Shahane on choosing 3 Storeys: Script is the king for me


The actress spoke to us about her comeback to Hindi cinema after more than a decade and her willingness to do more films in the future.

Actress Renuka Shahane is still remembered as the adorable bhabhi from Hum Aapke Hain Koun..! (1994). Those who grew up in the 1980s and 1990s would also remember her for her work in TV shows such as Circus, Surabhi and Sailaab.

As her name is fresh in the memory of the audience, it is hard to believe that she has not been seen in a Hindi film for a dozen years. Yesterday, first-time director Arjun Mukherjee's 3 Storeys, with Shahane in a pivotal role, was released.

In an exclusive conversation with Cinestaan.com, Shahane revealed how she made a comeback in Hindi cinema and shared her views on the difficulty celebrities face while voicing their views these days. Excerpts:

What exactly is your character in 3 Storeys?

She is a Goan Christian lady Flory Mendonca who has lived in that chawl for a very long time. She is the kind of person in whom everybody confides. She is like sab ki aunty because she has practically seen them grow up. She looks after everyone and is very protective about Varsha (Masumeh Makhija). There is a certain darkness in her past which unfolds through the story. It is some sort of mystery. My basic interaction is with Pulkit’s [Samrat] character, who is not from this chawl. He has come for a visit.

It is strange that the three stories are happening in a chawl where people feel everyone knows everyone well. But there is at least some area in everybody’s life in which other people are not allowed or are unaware about.

Usually doors aren’t closed in chawls. Everybody is in everybody else’s house. Festivals are celebrated together and it has a beautiful atmosphere. But even then there is a secret part in everyone’s life, just like Flory’s.

You are doing a Hindi film after so long. What was the reason for agreeing to do 3 Storeys?

Firstly, the script. For me, the script is the king. And the fact that it was backed by Excel (Entertainment). They make self-driven stories and path changers. They always back the product with great amount of honesty and integrity. So, it is like an ISI mark. Although Arjun Mukherjee is a debutant, he has done so many advertisements. When I met him for the first time itself I realized that he knows his craft extremely well. We had no such issues on the sets. Everything that needed to be sorted out was done before the shoot itself. We had workshops by Atul Mongia. He is excellent.

When I met Pulkit [Samrat] for the first time I was a bit apprehensive thinking he is from today’s generation and a star. You never know. I have worked with them [Hindi film actors] after years. Plus, I have all scenes with him. But he was such a pleasure to work with. He is such an intelligent and sincere boy. He did whatever Atul ji told him to do during the workshop. That was a great ice-breaker for us. In fact, we became so comfortable with each other that we had to consciously keep a distance during shooting. I know Richa [Chadha] well from Twitter. So, I wasn’t apprehensive as I knew what her views are and how she is. And I have been such a huge fan of her work and personality. Hence, I was excited to work with her. 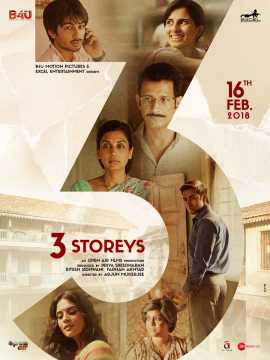 How was it playing an old lady in the film?

I have a range of ages from, say, 28 to 55. You might feel that 55 is not old age, so why is she shown like this? But she has seen a lot of hardships in her life. There are some women who just let go. They let go of their bodies and don’t look after themselves. This is what has happened with her. It was great fun for me to be transformed to 28, which is much lesser than what I am currently. And 55 is closer to the age I am. It was fun to work out her body language and gestures. I have tried to put in something different to try and make her into a totally different person than what I am. So, I was excited. The process has to be interesting for me. The end isn’t as important to me as the process.

You are speaking in a Goan accent. How did you work towards this?

I was given a video clip of a person called Anna Pereira, who is an old Christian lady living in Juhu. I studied her accent, way of talking and the manner in which she walks in the video and imbibed it. She speaks very less Hindi. So, I had to put that accent into Hindi. My hairstyle is done by Jenny. She has been with me since Hum Aapke Hain Koun...! (1995). She is a Goan Christian and she used to be alert on the sets and used to point out if there is an issue with my accent. She also used to show how Flory will pray or hold the rosary. Of course, Arjun was there and he knew how everything should be. It is very tricky because it shouldn’t look unbelievable.

You were also seen recently in the Marathi movie Gulabjaam and will be seen in the forthcoming Bucket List. So, can we expect to see you more often on the screen from now onwards?

I think, yes. I am open to offers, especially for films because I am not able to do television because daily soaps take too much of your time. It’s not possible. And even if I say that my kids are independent now, I don’t want to spend all my time outside the house. While doing TV, you just do not have time for family. But as far as films are concerned, I am on the lookout of very good offers because I would love to do films now. The current phase is such that different types of stories are being made and there is scope for so many actors to do things they have never done before; challenging stuff.

You have always been very vocal about your opinions on current affairs. But not many actors do that these days...

It’s very scary. Look, I have nothing to lose. No film is riding on my back. When economics comes in, when you are trolled or if a political party holds a protest against you and threaten not to let your film release, it becomes very difficult for the big stars to manage. Even the brands they endorse are targeted. It’s a whole different ballgame altogether with the stars on whom the money rides. But I have nothing to lose. Also, I have opinions and I like sharing them. Other people can have a different personality. Very often it’s not that they don’t have an opinion but they are not the kind who would want to share opinions.

But there are actors who do talk about issues like Richa [Chadha], Anupam [Kher] ji, Atul Kulkarni, Twinkle Khanna, Suchitra Krishnamoorthy, Rishi Kapoor. But if the big stars open their mouths, they are given so many problems that I don’t blame them for not talking.