Trade prediction: How will Salman Khan’s Race 3 do at the box office?


With opinions from trade analysts, we look into the hurdles that this 'bhai' film has crossed so far and the challenges it will have to overcome in order to emerge a box office success. The film hits the theatres on 15 June.

After an aberration in the form of Tubelight (2017), Salman Khan returned with a blockbuster, Tiger Zinda Hai (2017). The film amassed over Rs330 crore nett in India. Khan is now ready with his new film, Race 3, his customary Eid release. Though this is the third film in the franchise, Khan joins the Race family for the first time. The film will hit the screens on 15 June.

A Salman Khan film is always keenly awaited by the industry not only because it stars the 'bhai' of Hindi cinema, but also because his films usually make money, lots of it. However, the start has not been all that smooth for Race 3. The trailer of the film, with its not-so-impressive stunts and dialogues, has been subjected to mockery, and its songs — 'Heeriye', 'Selfish', 'Allah Duhai' and 'Party Chale On' — too, have made no impact. Concern for the film mounted when no big studio came forward to align with Race 3 and Khan took on the task of distributing it himself.

Now, the question is why are studios shying away from a 'bhai' film?

According to the buzz, the actor-producer allegedly quoted too big a price. “There were couple of big names, but from what I heard Khan wanted Rs140 crore for the film. If you quote a commercially non-viable figure which studio would want to distribute such a film? Khan was in discussion with a couple of big studios earlier, he then approached Yash Raj Films, but they, too backed out. Well, let the stars distribute themselves,” says a source.

Another industry insider suggested that the figure was, in fact, even higher, saying, “It’s not that no one was interested. As a matter of fact, there were about ten big players who evinced interest. I believe Salman Khan quoted Rs180 crore (including prints and advertisement). This is for just domestic market. Now, even for a Salman Khan film, an Eid release, that would have been a huge gamble – it could have paid off, but more likely it wouldn’t have.”

If Khan did indeed quote such a high price, it would not be wrong to assume that the cost of production is high too. According to a trade source the estimated cost of production of Race 3 is around Rs110 crore. Film exhibitor Akshaye Rathi, though, believes it to be slightly lower. “I believe the estimated budget should be around Rs80-90 crore, maximum Rs100 crore for Salman Khan has taken no fees as it his production," he opines. 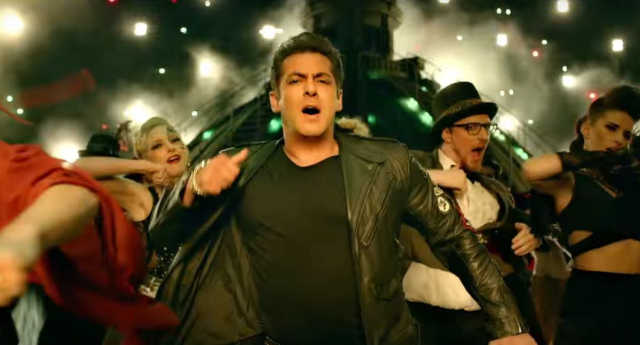 This said, Khan has no dearth of screens for Race 3. Trade analyst Atul Mohan expects the film to be released across 4,500 screens in India, while Rathi puts it a tad lower at 4,200-4,300 screens. “Well, even if there were big studios, they, too have to negotiate with the distributions across each territory. Khan has managed to strike deals in all distribution circuits, except CI (Central India), where traditionally Khan gets a 100% revenue share,” informs Mohan.

There is also news that the multiplex owners are happy with the deal. “Khan had proposed 70-30 ratio for revenue sharing for multiplexes, and apparently they have agreed. With single screens it is the usual 50:50 ratio,” an industry insider says. Another source though informs that it is a 50:50 deal for both multiplexes and single screens.

The super star is said to have recovered his cost of production through the sale of satellite and music rights, and also signed a multi-crore deal with Zee Network recently. According to news reports, the deal was to the tune of Rs400 crore for four films.

In July last year, Khan had signed a multi-film deal with Amazon Prime Video for Rs800-900 crore. As per the deal, all of Khan's films will be premiered on Amazon's online streaming platform.

Interestingly, buzz has it that Ramesh Taurani, creator of the Race franchise, may not take back much from the film after all. “Taurani ji has got the music rights for which he received Rs10-12 crore. He has been credited as co-producer and the rest all belong to Salman Khan," claims a source.

The film will have a wide release, with 3D screening as well, a first for a Salman Khan film. Before we delve into what happens after the film is released, there are a few factors that need to be taken into account.

In the past, big ticket Hollywood films, superhero or sci-fi films, have always eaten into the business of Hindi films. Prime example here would be Shah Rukh Khan’s Fan (2016) that released on 15 April, a week after Hollywood film The Jungle Book (2016) hit the Indian screens. The Jungle Book earned Rs188 crore nett in India, while Fan had to shut shop at Rs84.03 crore nett, according to Boxofficeindia.com.

The last film in the Jurassic franchise, Jurassic World had made Rs90 crore nett in India. So, will Race 3 be overburdened by the dinosaurs? 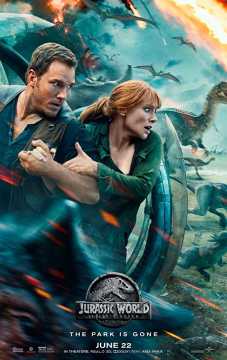 “I think India has about only 2,000 screens which are equipped with DCI complaint projectors. They are usually very expensive. In 2015, it was was the first time that a studio had permitted to screen Jurassic World (2015) in India in non-DCI compliant theatres too. So, Jurassic World had a wide release in India. I think it was over 3,000 screens. This was like any Hindi film with a mass appeal. That is not happening with Jurassic World: Fallen Kingdom. I believe the film released in approximately 1,400-1,500 screens in India,” the exhibitor explains.

“Jurassic World will do 70-75% of its business in the first week,” adds Rathi, implying that the Hollywood film will have earned most of its share by the time Race 3 is released.

However, the numbers for Jurassic World:Fallen Kingdom haven't been impressive so far. The film earned around Rs5.75 crore nett on its opening day.

While the Hollywood film is unlikely to cause much trouble for Race 3, Salman Khan and Ramesh Taurani will need to be wary of Ranbir Kapoor’s Sanju that comes two week later. Usually, Salman Khan films enjoy a longer run, but the trend might break this time around. 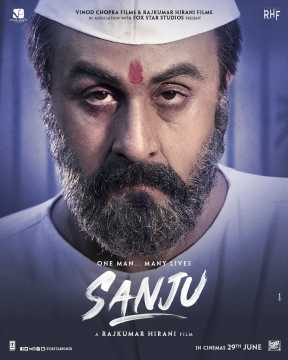 Rathi, Mohan and trade analyst Amod Mehra believe that Sanju is likely to target 4,000 plus screens.

“Now, given that there so many films every year, going forward we will see two films not having much space between them. This is something that you will have to live with. If your film is good, it will continue to grow, if it is not good, then it won’t," says trade analyst Amod Mehra.

“Look, a Salman Khan film, and it’s Eid, so anything is possible. A Tiger Zinda Hai (2017) and Bajrangi Bhaijaan (2015) made close to Rs300 crore after week two. On the other hand, Jai Ho (2014), and Tubelight (2017) virtually died at about Rs100 crore. The Salman Khan factor can take you to a certain level, but after that it’s the content that will drive the film,” Rathi opines.

But Atul Mohan is confident two weeks are enough, saying, “Maximum business happens in the weekend. If the content is liked, it will do phenomenally well at least for the first week. The early reports about Race 3 are good. Two weeks should be enough for it to recover 80-90% of the business.”

“The film is likely to earn Rs100 crore in three days. I believe Monday (18 June) is a holiday too. I see the film could make Rs130-140 crore nett in first week. That would go beyond Rs150 crore nett if the content is strong. One can expect Rs60-70 crore nett in the second week. Given that this film will not get a long run like Tiger Zinda Hai, you could be looking at Race 3 bagging around Rs200-210 crore in two weeks,” concludes Mohan.

Mehra, who has so far refrained from prophesying quips, “Race 3 will make Rs100 crores in three days, thereafter it’s all up to destiny,” 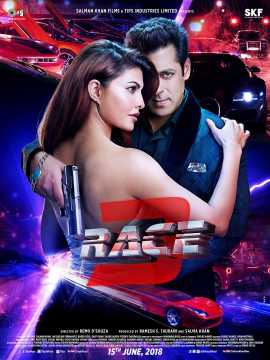 It also remains to be seen how Disney's animated film, Incredibles 2, which will be released on the same day as Race 3, affects the opening weekend business of the Khan-starrer.

Sanjay Leela Bhansali's Padmaavat is, so far, the biggest hit of the year, having garnered over Rs280 crore nett at the domestic box office. Race 3 wlll have a tough task to cross that. Blockbuster or not, it is unlikely that Khan or Taurani will comment on the business prospects of Race 3. As we heard Daisy Shah's character in the film say, "Our business is our business, none of your business."