In a group interview, the journalist-turned-filmmaker spoke about the story and the cast of his forthcoming film.

Pratim D Gupta's first script, Vanish, was selected for the prestigious Binger FilmLab while he was still working as a journalist and film critic at The Telegraph, a British daily, in 2009.

Gupta made his debut as a filmmaker with the romantic drama Paanch Adhyay (2012), casting Hindi film actress Dia Mirza in the lead. Since then he has made a few films and carved a niche for himself by presenting unconventional themes and stories.

In 2013, Gupta collaborated with 10 other directors and became part of the mystery drama titled X: Past Is Present (2015). Gupta's Shaheb Bibi Golam (2016) and Maacher Jhol (2017),too, performed well at the box office and recieved critical acclaim.

His latest film Ahare Mon has already attracted audiences with its trailer and song. In a group interview, Gupta shared his reasons of making a film that focuses on relationships between people in different age groups. Excerpts.

From the trailer it appears that Ahare Mon is a film on honest emotions and relationships. Can you elaborate on the characters and their equations?

It's a melange of love stories amongst people who are not usually associated with love. We have the habit of putting people in boxes and labelling what they can do and what they can't do. People who are old or unwell, or maybe criminals... how can they feature in a love story? Ahare Mon celebrates the love of such people, who are forbidden by society to fall in love.

How did you come up with the story?

Stories come to me. Sometimes it's an incident, sometimes it's plain imagination. For Ahare Mon it was the latter.

How did you decide on the cast? 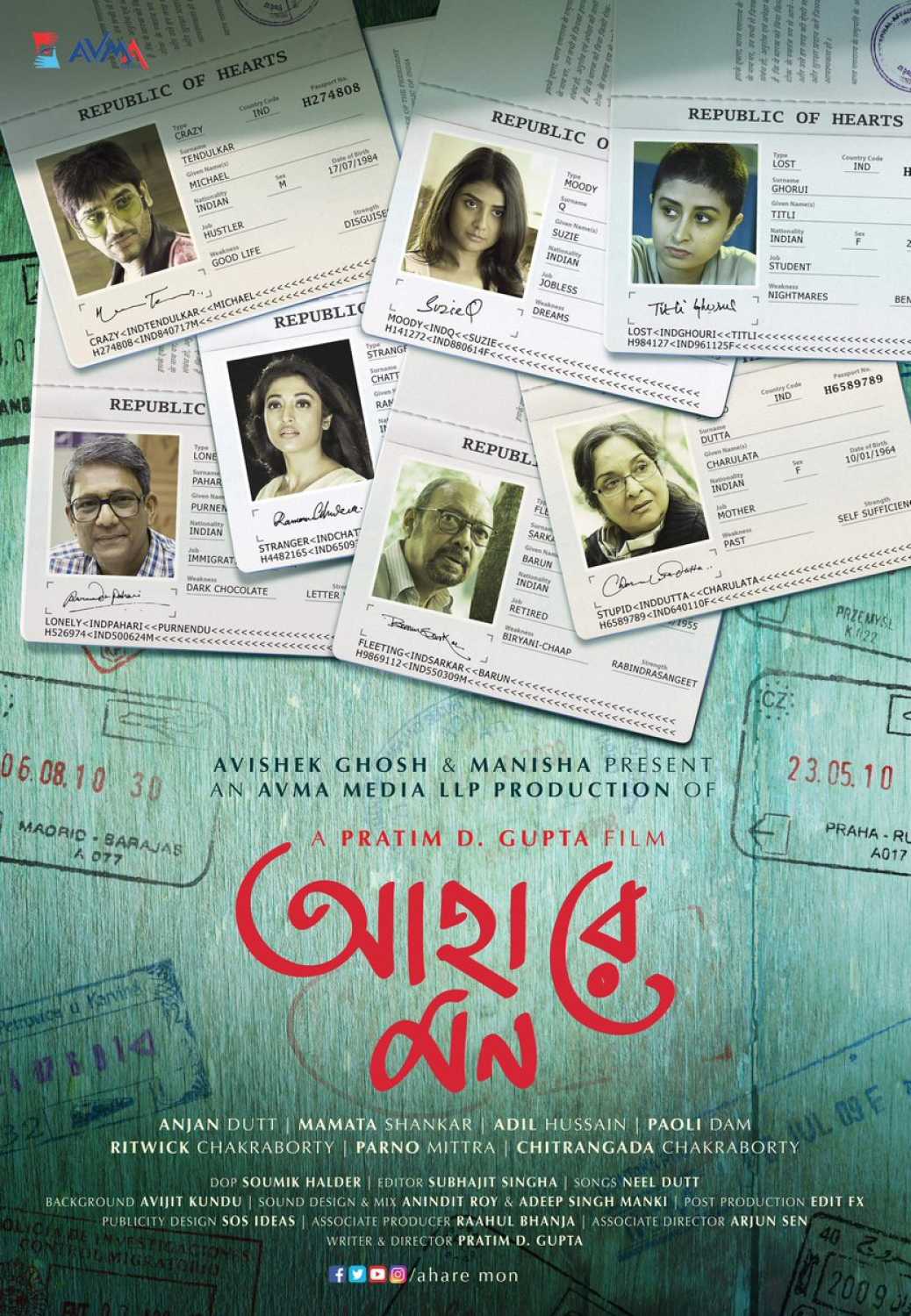 I largely picked people whom I have worked with before. Many of the Ahare Mon characters were written with them in mind. The characters played by Anjan Dutt, Mamata Shankar, Ritwick Chakraborty, Parno Mittra and Paoli Dam were all written with them in mind. I just took a chance by mailing Adil [Hussain] the script. He loved it and came on board within a day. And I picked Chitrangada [Chakraborty] after auditioning a lot of young actresses.

Your last film Maacher Jhol received international recognition. Are you expecting the same for Ahare Mon?

My only hope is that whoever watches the film — here, there, everywhere — goes back home happy and, maybe, a little more in love.

You have repeatedly cast Ritwick Chakraborty and Paoli Dam in your films. Are they your favourites?

I am very comfortable working with them and truly believe they are two of the best artistes we have not only in Bengal but in the entire country.

Can you talk about your upcoming film Ink? Why is the title so?

It's too early to talk about Ink.

Any actor you wish to direct?