The comedian, who passed away on 30 June 1983, was one of the popular stars of the studio Ranjit Movietone. We revisit some of the roles in which he shone.

Noor Mohammad Charlie, a comedian of the 1930s and 1940s, was a crowd-pleaser who drew audiences to the theatres. Born Noor Mohammad Haji Ahmed, the actor made his film debut with Akalna Bardan (1928) made by the Krishna Film Company.

With the film Indian Charlie (1933), the actor became Noor Mohammad 'Charlie' on account of his trademark look — the hat, moustache and comedic antics matching those of the great Charlie Chaplin.

Filmindia magazine editor Baburao Patel, who felt that Charlie was the country's best comedian, revealed an interesting nugget about him in his question-and-answer column. He wrote, 'Strangely enough, Charlie is a pretty serious guy outside the screen and takes great pains to convince people about it. People, of course, don't believe him, which Charlie thinks is the greatest tragedy in his life.'

Chandulal Shah, founder of Ranjit Studios where most of the comedian’s films were produced, said the actor took his comedy seriously. In the book Eena Meena Deeka: The Story of Hindi Film Comedy, Shah is quoted as saying, “Charlie once had the role of a barber assigned to him. He studied the part seriously for three days. He went and sat in the barber’s saloon and watched the barber at work. He sat with streetside barbers and studied them, then brought a barber’s kit and came with it to the studio.”

Despite his popularity, not much is known today about the actor or his films as those features have not survived and there is little record on the man. We remember the comedian in a few of his memorable roles where he got the chance to shine. 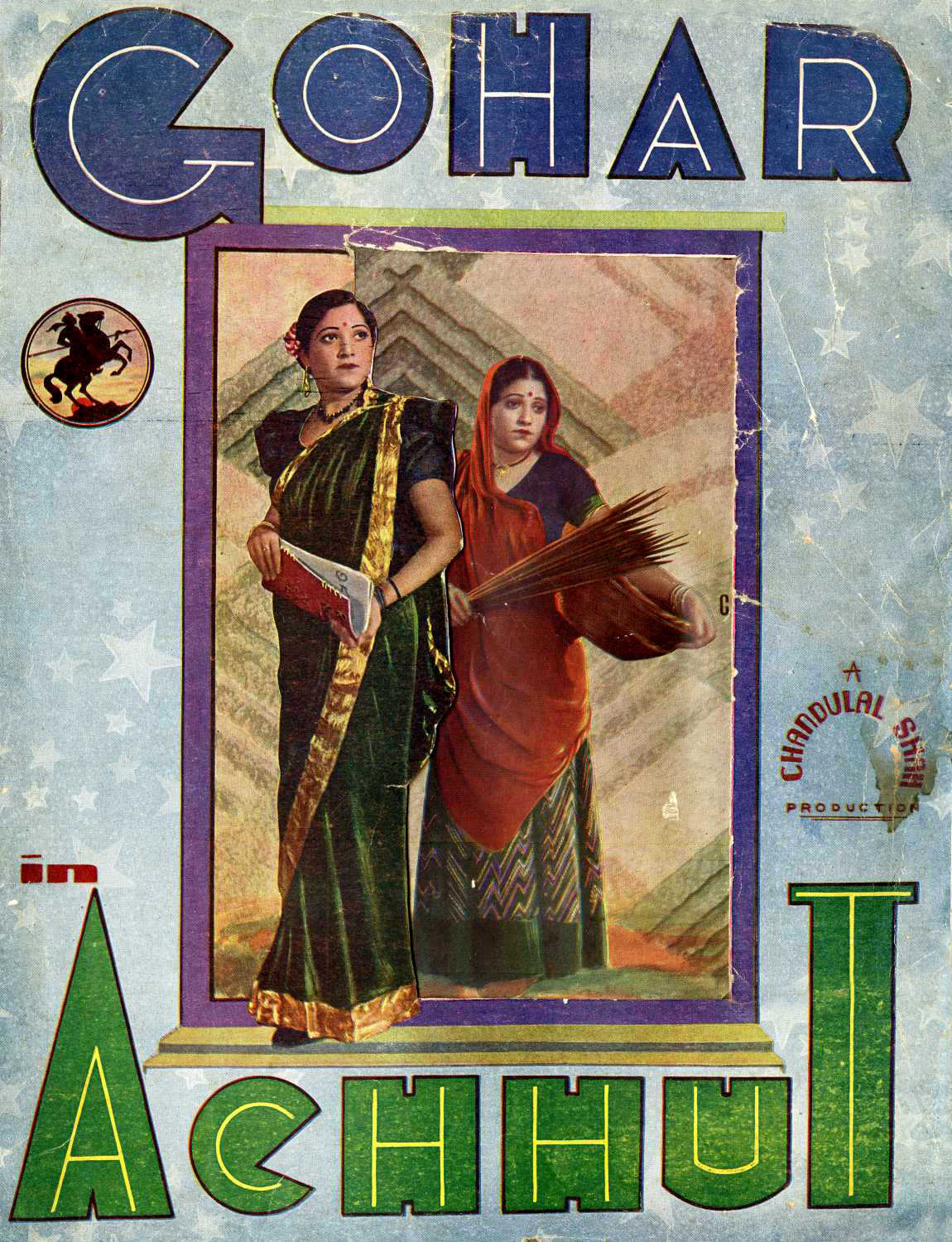 In Ranjit Movietone's Achhut, directed by Chandulal Shah, the actor played a commendable supporting role to stars Gohar and Motilal. The pre-Independence feature dealt with caste and religion in a sensitive manner. The Filmindia review of the film in January 1940 stated, 'Charlie gives another unforgettable performance. Who could beat him when it comes to speaking the language of Kathiawar?' 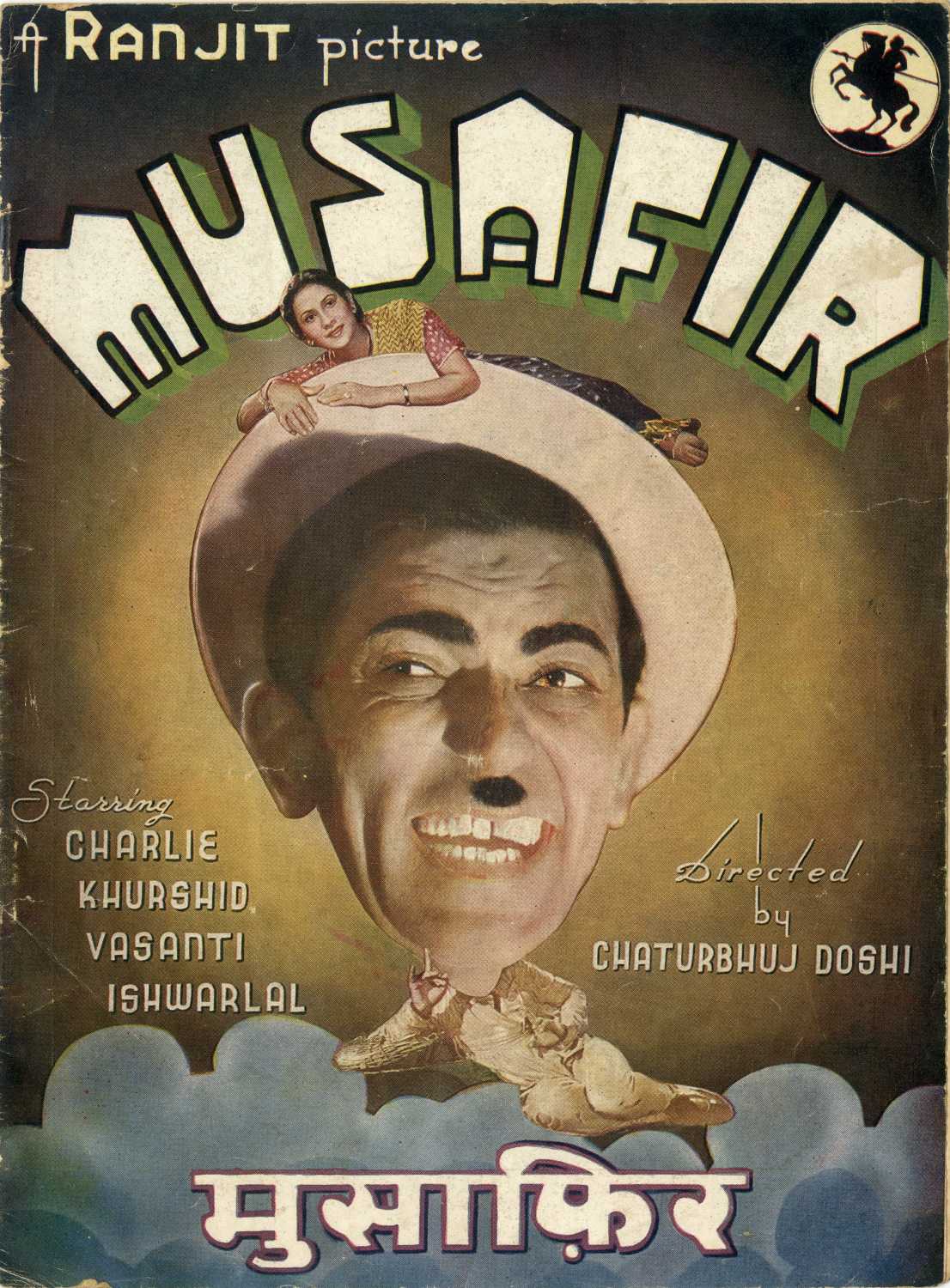 The Filmindia review of the Ranjit Movietone entertainer called him "the Prince, King and Emperor of comedy". The actor played a prince who returns to his kingdom after studying abroad and finds it in chaos. He decides to move around in disguise to weed out the real from the fake and find true love. Charlie also sang his own songs in the film. 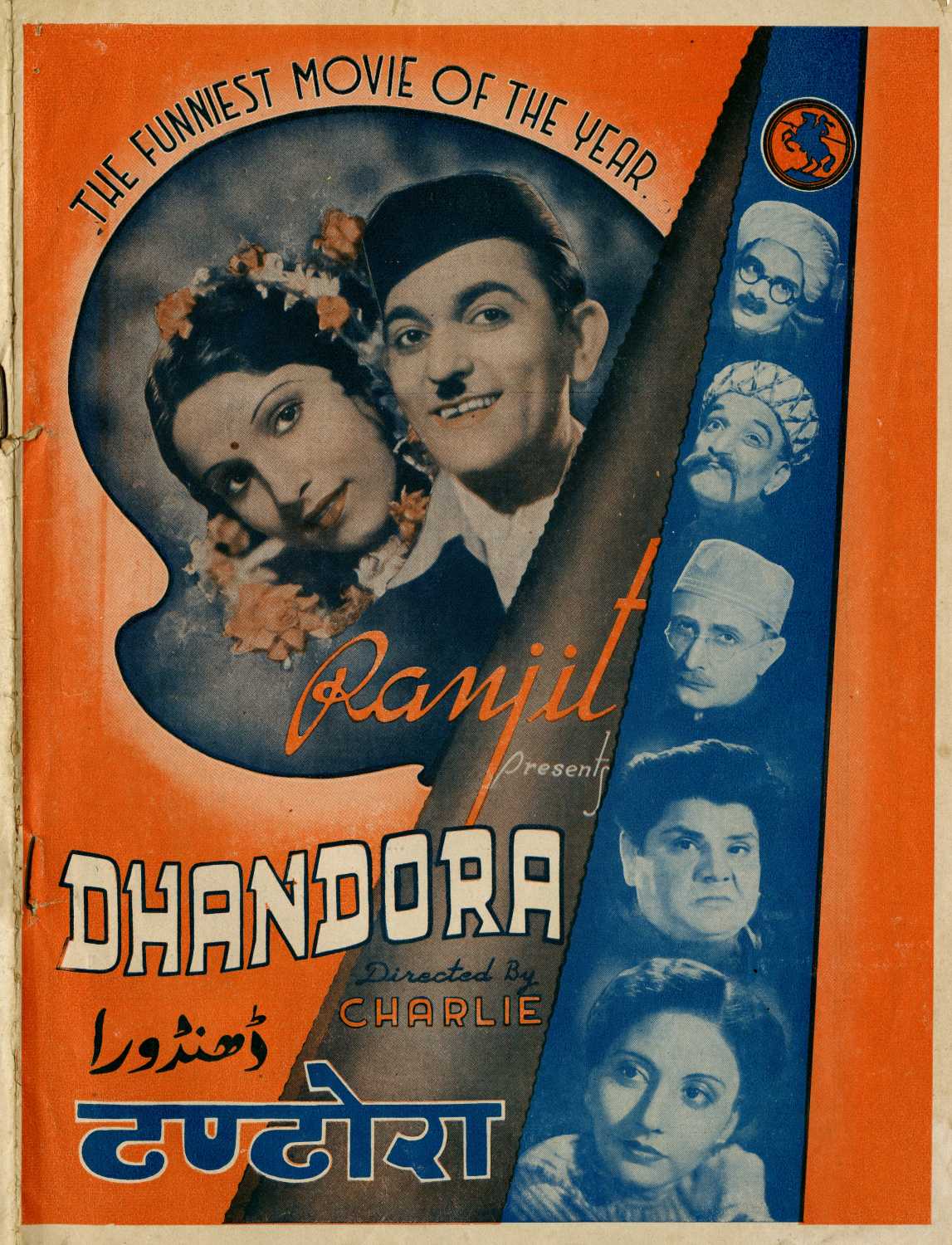 Noor Mohammad Charlie’s own directorial venture, Dhandora, also produced by Ranjit Movietone, was a social comedy starring himself, Shamim and Husna Banoo. In the film, Charlie's character gets in and out of scrapes constantly as an extra in films. What's more, long before the 1988 blockbuster Tezaab, Charlie sang the song, ‘Ek Do Teen’ in his own voice. 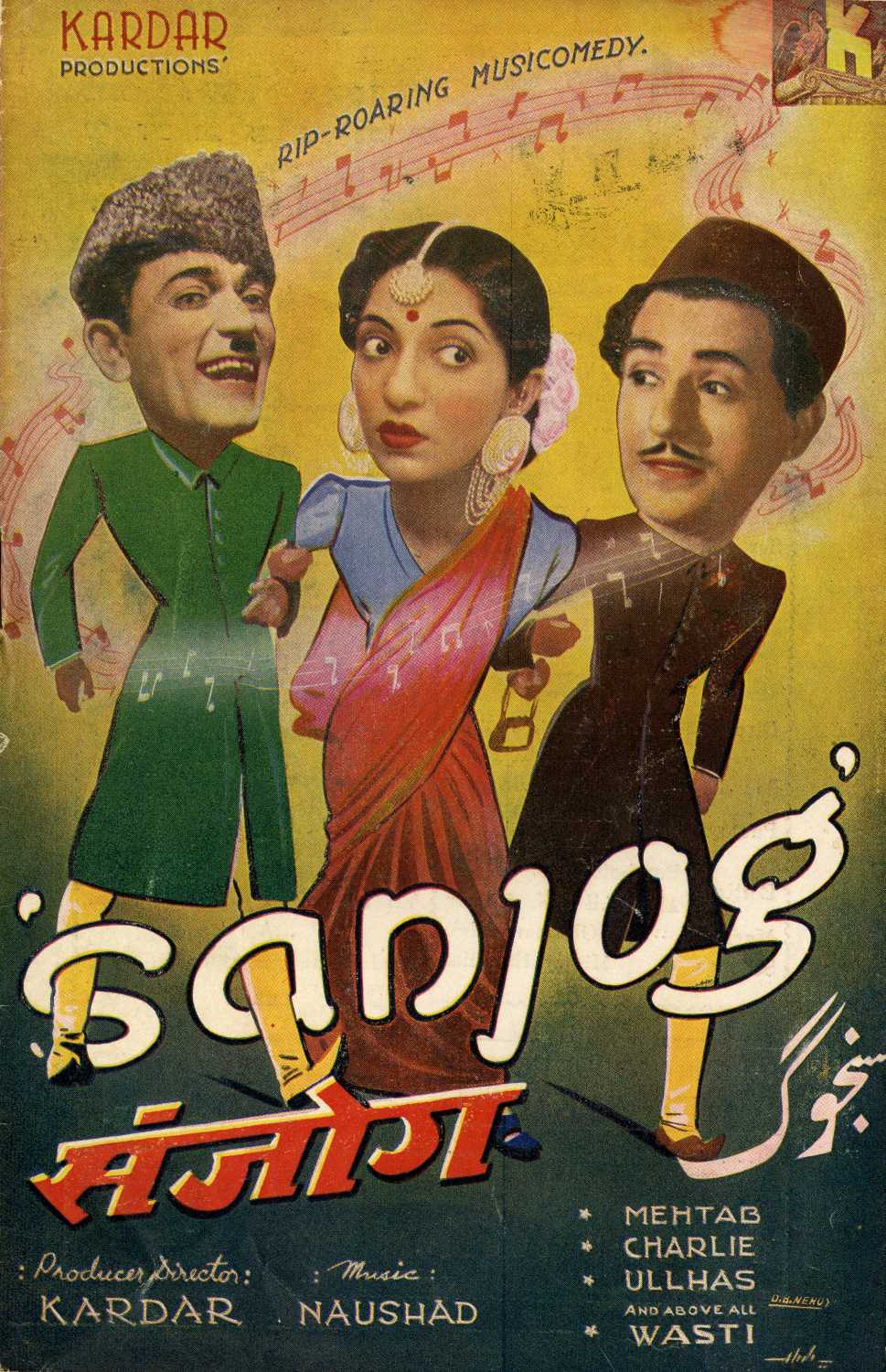 The popular comedian even had songs picturized on him and romanced heroines in them. In Sanjog, directed by AR Kardar, Charlie was cast opposite the actress Mehtab where he is mistaken as the fiancé to a princess. The actor even had a popular catchphrase, "Palat! Tera dhyan kidhar hai?" in the film and it was even used in a song to romance Mehtab. Suprisingly, 71 years later, in Varun Dhawan’s Main Tera Hero (2014), the catchphrase found its way into the song, 'Palat – Tera Hero Idhar Hai’. 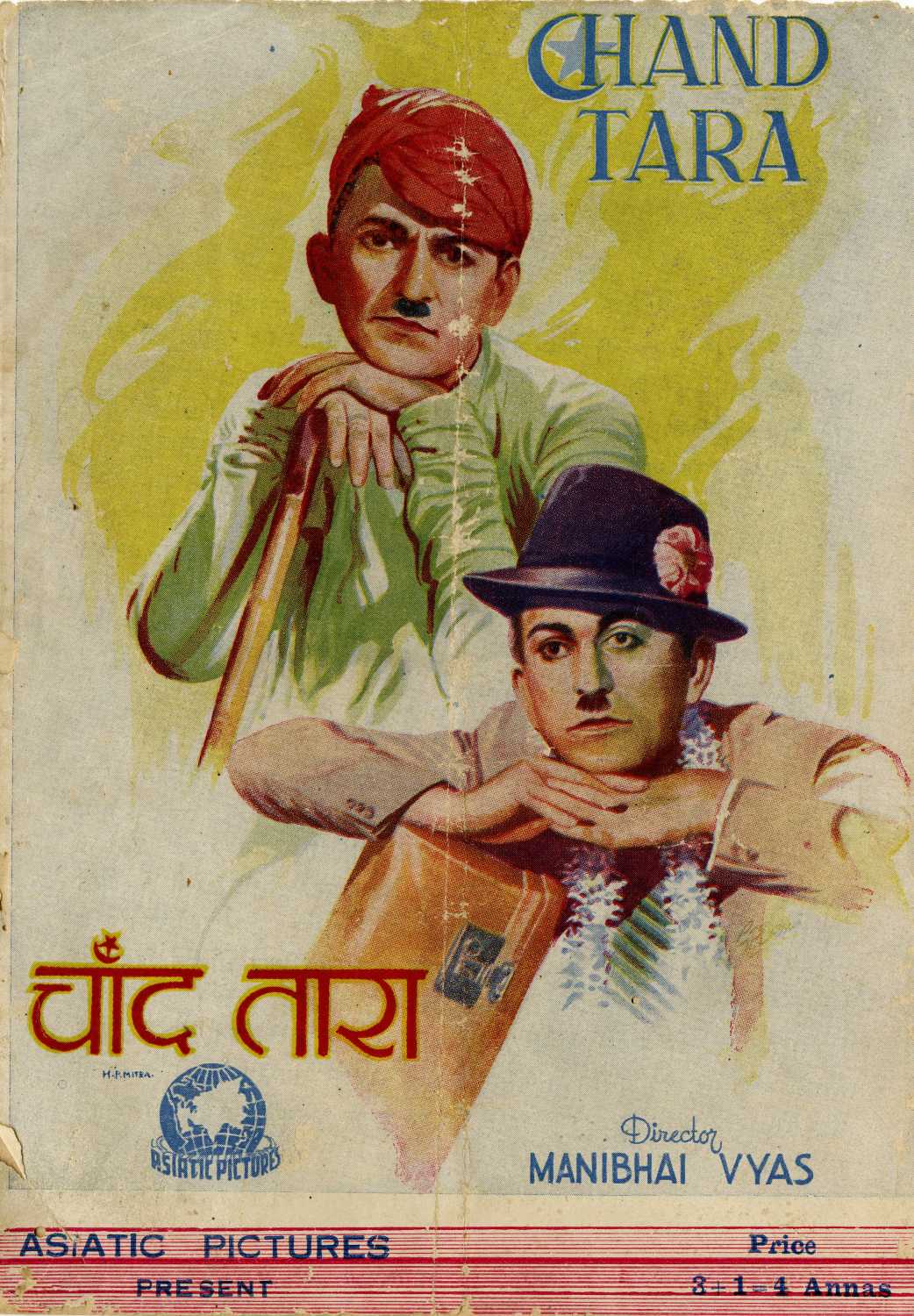 Directed by Manibhai Vyas, Chand Tara had Charlie playing a village boy, Raju, who is constantly failing at college and then in life. All attempts to fool the people in his life are exposed, so he decides to masquerade as a prince and fool another neighbouring state. The songs of Chand Tara (1945), where Noor Mohammad Charlie romanced Swarnalata, were quite popular and the review in Filmindia praised the talented artiste with the 'usual slick performance'.