I want to work with Anjan Dutta, hope he writes something for me: Moon  Moon Sen


The actress, in an interview with us, said she doesn’t find much difference between the earlier times and the present scenario in the Bengali industry.

Moon Moon Sen has featured in Bengali, Hindi, Telugu, Tamil, Malayalam, Marathi and Kannada films in her career spanning over three decades. She may not have achieved success like her mother Suchitra Sen, the legendary actress of Bengali cinema, but she has been known for her glamorous image and outspoken nature.

Moon Moon was creatively inclined and was a fine painter who had taken lessons from renowned painter Jamini Roy. She never wanted to be an actress; rather, she was more eager to become a journalist. In fact, it is not widely known that before she stepped into films, she reviewed Hollywood films for Amritabazar Patrika. She taught in Bullygunj Government High School for a short period. After she got married to Bharat Dev Burman, she had to opt out of full time jobs. During this period she started getting offers from various directors across languages. She embarked on her film career after she attained motherhood.

One of her first films Andar Baahar (1984) stirred controversies for her bold appearance in it. She received her first international recognition for her strong performance in Korak Dey’s My Karma (2004). Moon Moon openly admits to the fact that she made wrong choices while selecting films as she did not have the leisure or time to wait for good scripts. She merely wanted to be a working mother instead of aiming at turning into a celebrated actress like her mother.

After her performance in Aniruddha Roy Choudhury’s Buno Haansh in 2014, Moon Moon will be seen in Rajesh Dutta and Ipsita Roy Sarkar’s upcoming film Abar Basanta Bilap after four years. “I have been elected as the member of the Parliament. After working as a politician for a few years now, I realise that I am essentially an actress. I loved working in Buno Haansh. I did not know Ipsita. When she came up to me and said that her husband is making a film, I agreed to do the film. Ipsita is a pretty girl and I love beautiful people around me. I could not say no to her,” said the actress.

While talking about the film, Moon Moon recalled her early days with her mother when she got to know the stalwarts of Bengali cinema. “I am very lucky that I could meet actors such as Jahar Roy, Pahari Sanyal, Sabitri Chatterjee and Bikash Roy. I think Abar Basanta Bilap belongs to their genre. It’s a purely entertaining film with no high ambitions. I believe that the audience will enjoy the film with their family,” said the actress. 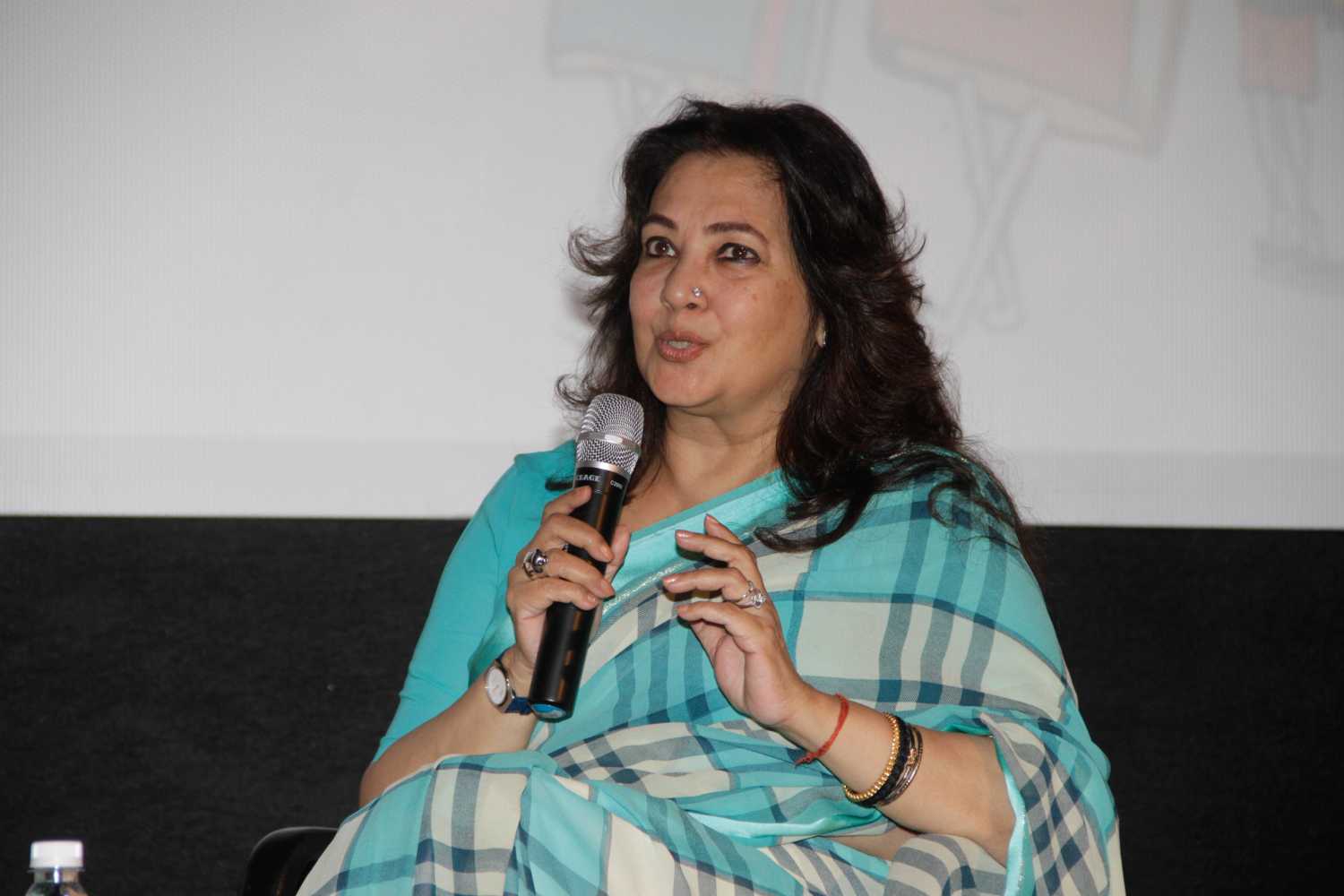 She doesn’t consider four years to be too long a gap in her career and she is happy to be back. “I want the industry to know that I am working now. Hopefully I will get good scripts to pick. I really want to work with Anjan Dutta. I hope he writes a script keeping me in mind. I will also wait for Ipsita to make more films.” expressed Moon Moon.

She refused to talk about her character in the film. “There is nothing to talk about my character, and it is a very simple one. I have not watched the film yet but I believe they have done a good job. I have worked with Rajesh previously. I did not bother to read script before agreeing to work with him,” said Moon Moon. Among her previous works in comedy films, Moon Moon's favourite remains Tapan Sinha’s Baidurya Rahasya (1985).

She doesn’t find much difference between the earlier times and the present scenario in the industry. “It is the same. They are not professional. They give us call time in the early morning, but start shooting in the late afternoon. I am not talking about Ipsita, but most of the producers pay us late after our work is done. Besides, I am quite aware of the present scenario as my daughters work now. They frequently get irritated. They call me up and complain,” said the actress without any hesitation.

The humble actress also feels fortunate to work with Paran Bandopadhyay and Kharaj Mukherjee in the film. “I think they are two of the stalwarts of this era. I think working with them will only add to my position as an actress in the industry.” She also worked in the Indo-Argentinian co-production, Thinking Of Him which was showcased as the closing film during the International Film Festival of India (IFFI) 2018 in Goa.

When asked about the secret behind her ageless beauty, the witty actress replied, “I don’t have to make an extra effort; all the credit goes to my mother’s genes.”