Shamshera is in the aspirational space, says Ranbir Kapoor


The Sanju (2018) actor said that the period film is a departure from the films that he has worked in before.

Actor Ranbir Kapoor is all set for Sanju (2018) that hits the theatres this week. Post that Kapoor will resume the shoot of Brahmastra (2019), and then follow it up with the period drama, Shamshera. While promoting Sanju, the actor spoke about the period film that will be directed by Karan Malhotra. The teaser announcement for Shamshera was made recently.

The actor said Shamshera is a complete departure from the kind of films that he usually does.

"It is a departure from the kind of films I have done, it is not the coming-of-age lover boy roles which I have done often. Shamshera is in the aspirational space, the space of true, badass commercial cinema," Kapoor told Press Trust of India. 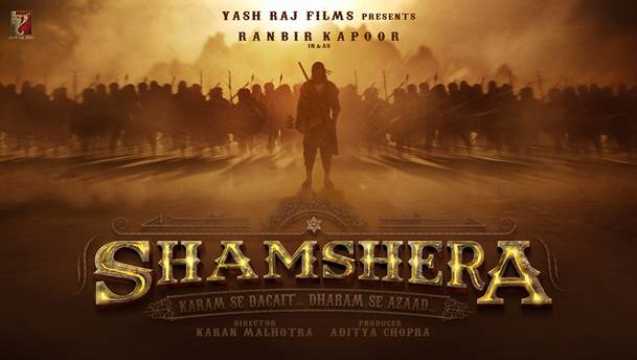 Kapoor plays a dacoit, but that’s not how he looks at the character.

He says, "Shamshera is not a story of a daaku, but a film based in the 1800s. It is about a dacoit tribe who are fighting for their right and independence from the British. There was a great story of heroism, a story rooted in our country which actually happened back then."

Produced by Yash Raj Films, Shamshera will go on the floors by this year end, targeting a release date in 2019.

Kapoor has an interesting line-up of films where he will share the screen with some senior actors. Sanjay Dutt plays the antagonist in Shamshera, while Kapoor works with Amitabh Bachchan in Brahmastra and there’s a film with director Luv Ranjan which also features Ajay Devgn.

"These are the actors who I admire, who I was inspired [by] when I was an aspiring actor and now to share screen space with them and find acceptance... Amit ji gives so much of love and respect as an actor, it is amazing. It is something I aspire to be," said Kapoor.

"Amit ji has been working for 49 years, he is probably the biggest superstar ever born in the world. But till today, the humility, hardwork, passion he shows, it is quite amazing and inspiring for me as a young actor," he added.