In each of his four films so far, Hirani has set up his entertainer with drama laced with wry humour.

In an interview back in 2010 with a research unit of the Indian Institute of Management, Bangalore, director Rajkumar Hirani said, "Cinema is all about entertaining. My principal motto is, ‘I shall entertain’. Nobody walks into the theatre to be preached to or to learn something."

While biopics have become de rigeur in Hindi cinema of late, Sanju is. all said and done, a Hirani film. This means it is likely to have several signatures of the director — effortless humour, thoughts on social norms, and, of course, a dramatic opening sequence.

Having started work in the industry as an editor, Hirani places a great deal of emphasis on the way action unfolds in his films. His opening scenes are perfect examples of how a writer can introduce a character, his setting, and the theme to hook the audience for the rest of the film.

With Sanju set to be released this week, we revisit Hirani's previous films for clues of how the opening sequence of the Ranbir Kapoor-starrer might pan out.

This is the perfect example of a Rajkumar Hirani opening, and can be taught in film schools. A man walking down the street is chased by a hoodlum with a gun. He gets into a taxi to escape, but soon realizes that the entire thing was an elaborate ruse by Munna Bhai and his gang.

The scene introduces the audience to the two protagonists — Munna Bhai and Circuit. First, dramatically, then, comically. The characters are revealed to be rogues, though honest and simple ones. But it is the scene that follows that makes Hirani special.

Just as the opening sequence reaches a denouement the gang receives a letter for 'Murli Prasad Sharma' with the announcement of 'Babuji's arrival'. Chaos ensues and the entire dhobhi ghat is transformed into a hospital to cue the beginning of 'Munna Bhai MBBS'. The sequence also subtly established Munna Bhai's love for carrom.

The film's portrayal of Dutt as the lovable rogue was key to his resurgence in Hindi cinema. In the Sanju trailer, Hirani has pointed at the inclusion of this film's scenes, but whether he uses them as an opener is anybody's guess.

This film was not so much a sequel as a reworking of the concept in a different zone. Hirani stuck to the opening plan by creating another heist that sets up the characters of Lucky Singh (Boman Irani) and Circuit. The comedy in the sequence was typified by the Mumbai lingo of Circuit and the narcissism of Irani's character.

The sequence also leads into the question, 'Where is Munna', after which we are introduced to a suited Sanjay Dutt relaxing at Land's End listening to Vidya Balan on the radio. Hirani again uses the opening sequence to introduce his key characters and set the tone for the film's humour.

For instance, the scene functions as a mirror to how Lucky Singh uses Circuit while Munna is lost in love later in the film. It also sets up Munna's first tryst with Gandhiji during his attempt to win a radio quiz.

With 3 Idiots, Rajkumar Hirani again went for a dramatic comedic opening. R Madhavan plays the engineer who decides to force the crew on board an Air India flight to abort takeoff by faking a heart attack.

Through that one sequence, Hirani establishes the ingenuity and daring of Madhavan's character Farhan and the extent to which he is ready to go for the sake of his friends. It is the underlying theme of friendship that is developed through the narrative of the film.

Oh, and by the way this sequence also involved the use of an automobile. Except that it wasn't a mere four-wheeler this time but a jetliner.

With PK, Rajkumar Hirani dealt with a subject that goes beyond the realm of ordinary human existence. So the film had a very different opening sequence, one that has been used in Hollywood but seldom in Hindi cinema. Thus, PK opened with a stark naked alien, played by Aamir Khan, landing in the middle of a desert. A thief steals the alien's remote control, leaving him with nothing but an empty tape-recorder.

Despite its absurdity, the opening sequence introduces two key subplots of the film. The audience is introduced to the alien, and also to his first experience of humanity, which shapes his suspicion of the entire species. In addition, the two props of the remote control and the tape recorder go on to become key plot points later in the film.

Few filmmakers in India are capable of holding their audience's attention the way Hirani can. While he has only directed four films so far, each of them has left an indelible mark on Hindi cinema and its lovers. For a director who is often tagged as a 'family entertainer', Hirani also delivered Hindi cinema's first Rs300 crore film PK. 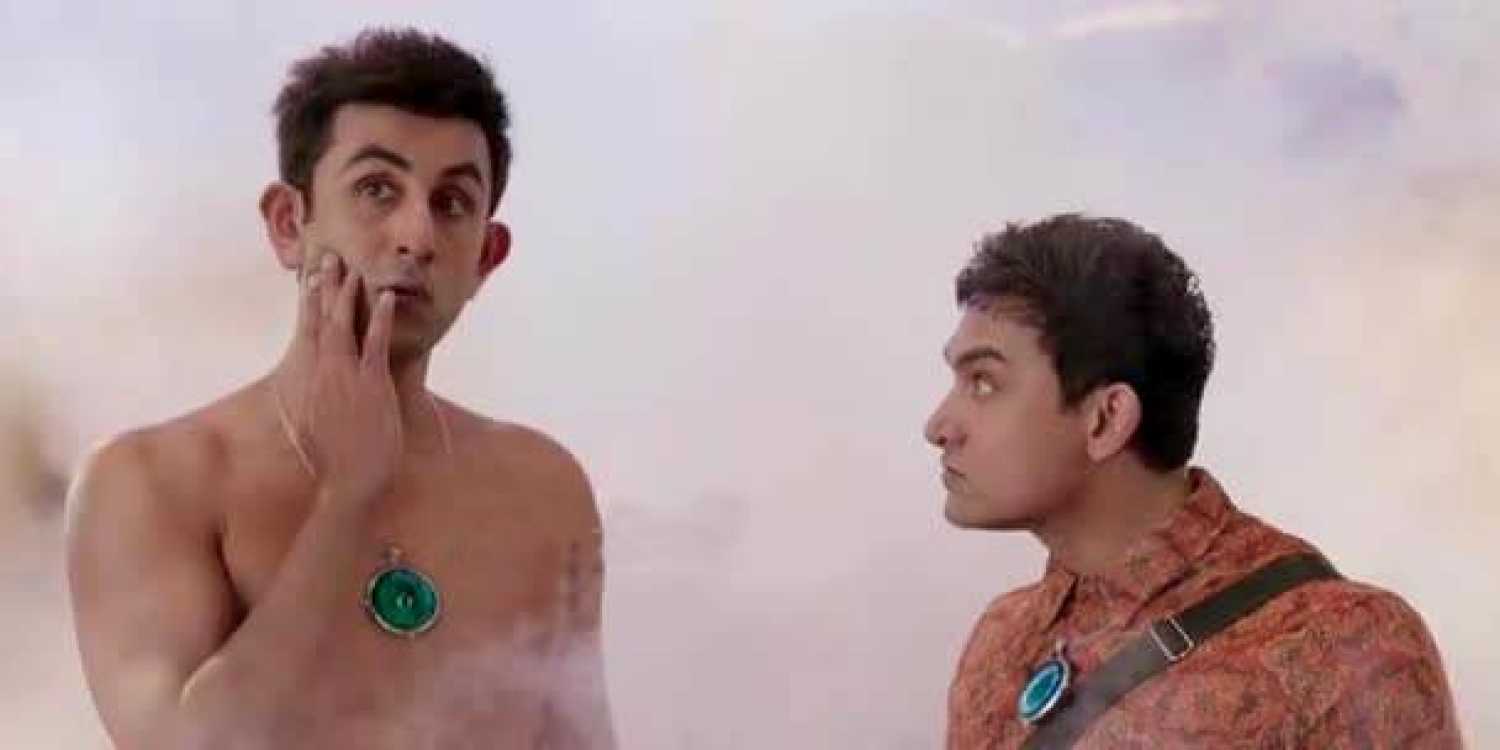 With Sanju, the director may be slyly connecting his last film and the forthcoming one. After all, the final scene of PK had Aamir Khan's character warning the alien Ranbir Kapoor about the earth and its inhabitants.

With Sanju, Hirani is likely to have Kapoor making an entry in the opening sequence itself. How he treats Sanjay Dutt's life story and his many misdemeanours and how well he captures the style and essence of the man remain to be seen, but one thing is certain: he will introduce his characters in a way that is both funny and dramatic. That has been Rajkumar Hirani's style till now.