Satyameva Jayate is set to be released on 15 August, where it will compete with Gold and Yamla Pagla Deewana 3.

A couple of weeks back the makers of Satyameva Jayate had released the first poster of the film, featuring actor John Abraham. Today, three new posters were unveiled, one each introducing the other protagonists from the film Manoj Bajpyee and newcomer Aisha Sharma, and a third with Bajpayee and John together. 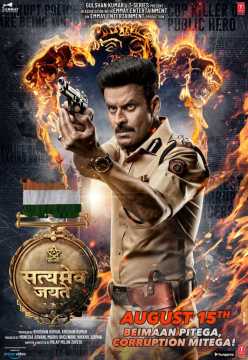 Going by the new posters, Bajpayee plays a cop. While nothing about their characters have been revealed yet, the first poster hinted at John essaying the role of a crusader against corruption. However, the two actors could be like the two sides of a coin. Though different, they are dedicated to the same mission — fight against corruption. 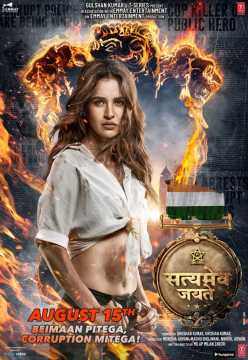 The poster of actress Aisha Sharma holds intrigue too. It’s a known fact that Aisha is the sister of Yamla Pagla Deewana 2 (2013) actress Neha Sharma. In the Satyameva Jayate poster, Aisha's intense look and expression promises some action scenes from the actress as well.

Satyameva Jayate is set to be released on 15 August, where it will compete with Gold, starring Akshay Kumar, and Yamla Pagla Deewana 3, starring Dharmendra, Sunny and Bobby Deol.