On 16 June was Mukherjee's 98th birth annniversary (he was born in 1920). Two singers who grew under his tutelage pay tribute to the legendary composer.

Hemanta Mukherjee’s unique baritone voice turned him into one of the most sought after vocalists for three decades since the 1940s. Known as Hemant Kumar in Hindi cinema, Mukherjee's compositions were ingenious combinations of both traditional and western sensibilities, with a touch of timelessness. Some of the most memorable numbers of leading vocalists like Kishore Kumar, Lata Mangeshkar, Manna Dey and Sandhya Mukherjee were composed by him.

A foremost exponent of Rabindra Sangeet, Mukherjee was also the first Indian vocalist to do playback for a Hollywood film, called Siddhartha by Conrad Rooks. He is also remembered for his partnership with Uttam Kumar for their singer-actor pair. For years, he was known for Uttam Kumar’s voice.

A fine gentleman and a mentor, Mukherjee built the careers of numerous junior artistes. Notable vocalists Shibaji Chatterjee and Haimanti Shukla are two of the lot. Chatterjee, often cited as the dummy of Mukherjee’s voice, feels fortunate that destiny brought him in close contact with the phenomenal artiste. Shukla, too considers him the second most influential figure in her life after her father and says that without ‘Hemanta da’ she would not have turned out to be the singer that she is.

“My association with him began in 1972 or 1973. Having been born into a musical family, I used to worship Hemanta da. I will not be exaggerating if I say, we had memorised Hemanta da’s songs almost like Tagore’s songs. So it was my dream to see and listen to Hemanta da live and to offer my regards to him in person," she said.

"I was doing a lot of live shows when Hemanta da first listened to me. He then called me up to meet him at his house and praised me lot. From then onwards, he used to take me to all of his shows in and outside the country. He used to be very happy to make me sing in his tunes. We formed the relationship of a father and a daughter,” recalled Shukla, who sang in his tunes both for film and non-film songs.

Speaking about Mukherjee, Chatterjee said, “I used to perform Hemanta da’s songs mostly in public functions and had an acquaintance with his assistants. In 1985, he was looking for a voice similar to his for Tarun Majumdar’s film Bhalobasa Bhalobasa. Like many other artistes I also sent my recording to him and was selected for the demo recordings for the songs. I was eventually finalised and the songs from the film went on to become major hits. Thus, my journey with Hemanta began. Our relationship was not merely professional; rather, he used to love me as his son."

Chatterjee was closely associated with Mukherjee till the latter's last days. “He had told me, 'You are my dummy',” said Chatterjee, who sang in most of his films in the last four years of his life. “Not only did he never let me return empty handed, but was also one of the foremost human beings to have an enormous contribution in my life.”

“When I started working with him, he had already had the most glorious phase of his career of working in Bombay and singing for Uttam Kumar. He used to be extremely busy. I have heard him saying that since composing for Nagin he had no free time. He used to work the entire day. Sometimes all they could afford as intake were tea and cigarettes,” recalled Chatterjee.

“He never used to exaggerate anything. We have seen him taking 5-10 minutes to compose a song. As I have heard, while composing for Harano Sur (1957), a lot of ideas were being formed to compose a song that could establish the long due meeting of the protagonists before Hemanta da only took 5 minutes to compose the song 'Tumi Je Amar' in the morning and then took his flight to Bombay in the afternoon."

He was an intuitive composer. One can imagine his insight and farsightedness while composing 'Tumi Je Amar' from Harano Sur (1957) which is still considered to be one of most haunting tracks of Bengali cinema. The song took the film to another level, opined Shukla.

Mukherjee not only regularly travelled between Bombay and Calcutta but also toured across the world with his shows. “He did not sing and earn for only himself, he made opportunities for others. Because of Hemanta da, I got the opportunity to sing for RD Burman in 1942 A Love Story (1994). Pancham da was looking for a voice like Hemanta da's. He selected me on a few songs of Hemanta da that I sent to him and I ended up singing for a film under such a huge banner. I could never imagine that in my dreams.”

“Not only building careers of young artistes but Hemanta da also made sure that they delivered hit songs, which was a unique trait that he inherited. There are many singers, for example Sujata Chakraborty, who have perhaps sung only one hit song in their entire career and that song was composed by Hemanta da,” added Chatterjee.

Mukherjee was also known to lead a very simple lifestyle. A quintessential Bengali at heart, he was always seen wearing a white shirt and a dhoti. He was also a kind soul who was extremely punctual and had established a certain discipline in the industry. 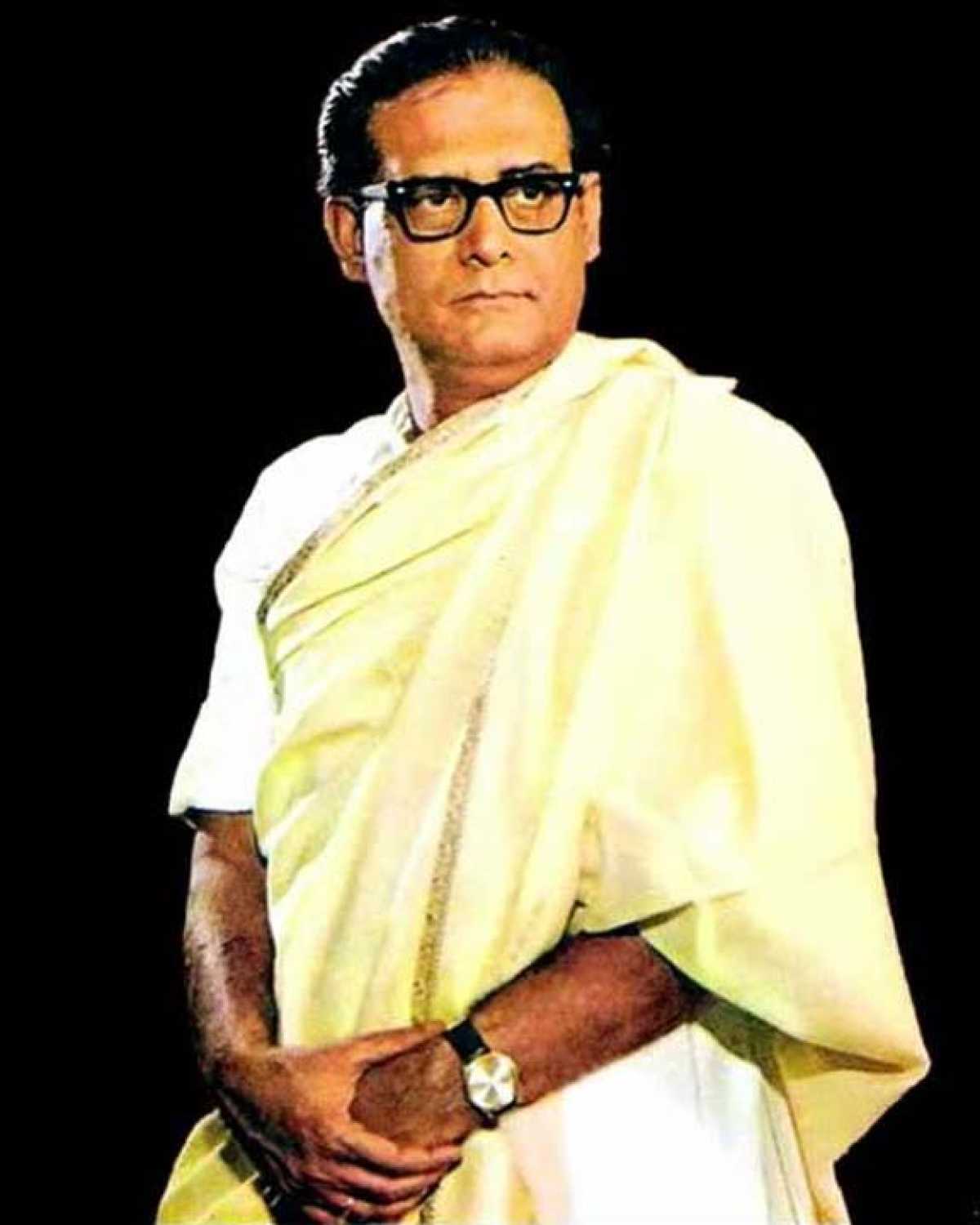 “When I used to be ill, Hemanta da used to come and visit me. Our relationship retained the same charm till the end. He had a lot of knowledge regarding Hindustani classical music but he would never show off; rather, he wanted to learn more. A human being of his kind is still rare in the industry. Today if someone praises for me for my humble attitude, I would attribute my associations with him next to my father’s contributions," expressed Shukla.

Mukherjee never spoke about himself; neither did he prefer anyone doing the same. His simplicity reflected in his work. “If I start talking about the various shades of his character, it would be endless. He never took any credit for contributing to my career; he said he only pushed me forward. I miss him as much as I miss my father,” added Shukla, choking on her words.

Chatterjee, too, said that Mukherjee always made the efforts to introduce him to people who often confused their voices in songs. Both Shukla and Chatterjee concluded that Mukherjee had a golden voice. A voice that not only makes Bengalis feel proud before the whole world, but is also unprecedented and unparalleled. “We are still reaping [benefits] of his works. We know what respect and admiration we get for singing his songs. Only I feel that Hemanta da passed away too early. 69 is not an age to die. At the same time, it is also true that the present generation has not been able to achieve and create half of what he made possible in his lifetime,” said Chatterjee.