Kaala vs Sivaji The Boss: 11 years on, Rajinikanth continues to lead the revolution


As Rajinikanth moves to replicate the revolution in Pa Ranjith's film with his political venture off screen, we look back at another film that saw him take on the role of crusader 11 years ago.

"Art is politics," said Pa Ranjith during the release of Kabali (2016). The film marked his first collaboration with a superstar whose reach is far beyond that of any contemporary in Tamil cinema today — Rajinikanth.

With Kaala, the director has used the appeal and star power to deliver a politically caustic and sharp visual document of life beyond the prism of development and progressive India.

While Rajinikanth has always played the messiah of the masses, the actor emerges as one of them in Ranjith's Kaala. The film shreds his image of the demi-god, and gives him the new epithet of a demon-king leading the oppressed out from the underworld. 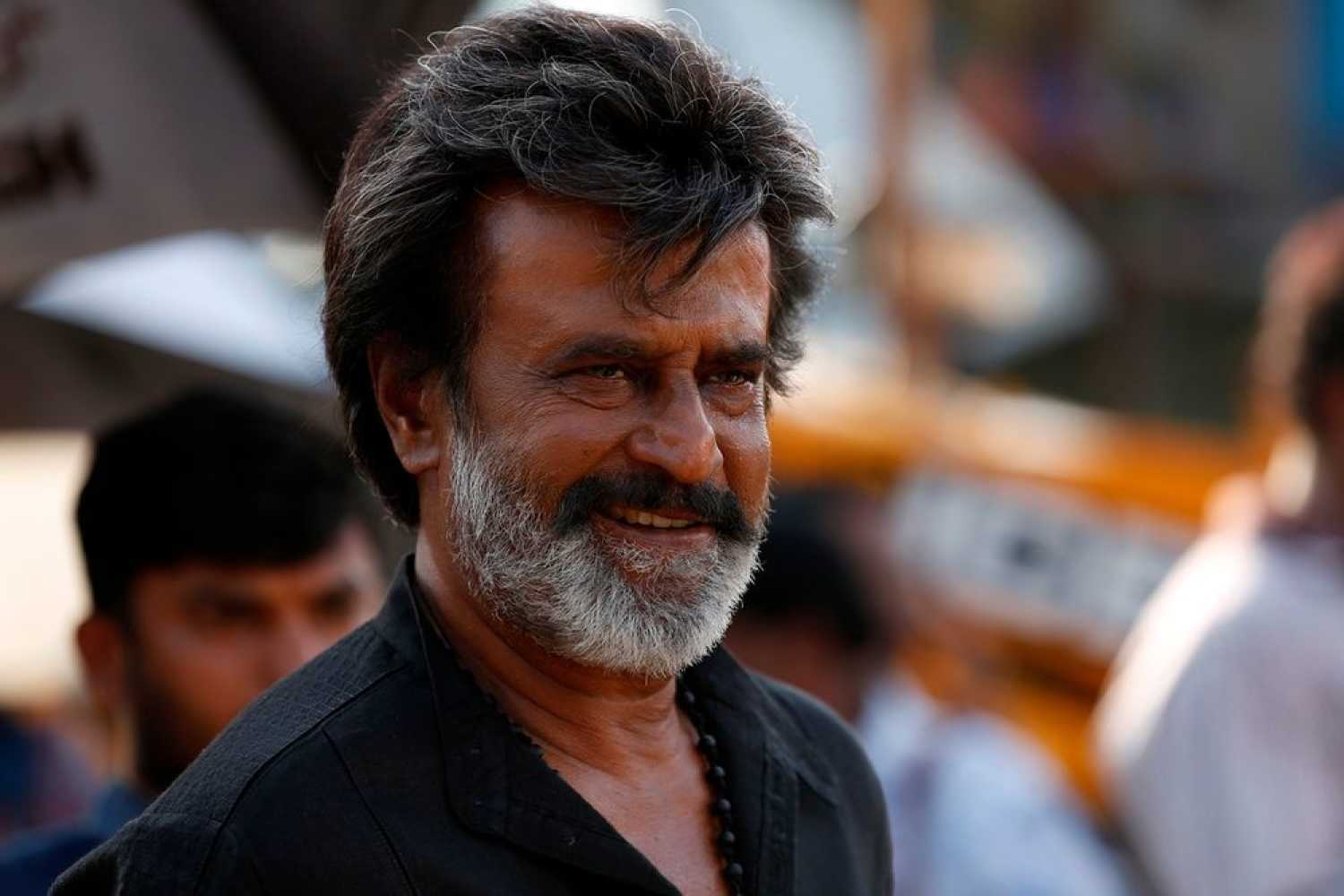 In this respect, the film earns comparison with Sivaji (2007). Directed by Shankar, this was the last movie in which Rajinikanth played a similar anti-establishment hero who leads the masses.

On the 11th anniversary of the film, we take a look at the radical change in Rajinikanth's image from Sivaji to Kaala.

The idea of the image: Politics

Image is a key component of Tamil politics, and no platform contributes to it as much as cinema does. The iconic trio of MG Ramachandran, M Karunanidhi and  Jayalalithaa paved the way for a list of film actors to enter politics on the strength of their image. Whether it was 'Captain' Vijayakanth, Napoleon, or now, Rajinikanth and Kamal Haasan, actors have cultivated a following through their portrayals on screen.

In that context, Kaala and Sivaji focus on two very different sides of Rajinikanth. In Shankar's Sivaji, the actor played a US-returned rich software engineer who dreams of building schools and hospitals for the poor.

Blocked at every step, he eventually becomes the 'angry young man', turning to crime to do the right thing. The very massy, commercial treatment of the story — with heavy punchlines, a lengthy romantic track, and over-the-top action — is what sets the film apart.

It is here that Pa Ranjith's treatment of the crusader in Kaala stands out. The filmmaker, a staunch realist, builds up Rajinikanth's protagonist as a leader of ideas. He is an experienced greybeard who understands the nature of society around him.

Where Sivaji is consumed by vengeance to eliminate poverty, Kaala understands the unequal nature of the world. He does not seek to eradicate poverty but to provide everyone with the basic necessity — life. Everything else comes after.

To attribute Kaala as Rajinikanth's vehicle for his politics would be naive. As Pa Ranjith said in an interview before the film, "Our political ideologies are completely different from each other. Kaala cannot be seen as a precursor to Rajinikanth’s political career."

Where the actor is a conservative, Pa Ranjith's protagonist is a rational leader (akin to the Dravidar Kazhagam movement) proud of his roots and unafraid to show it.

An image does have its advantages. In his official announcement to enter politics, Rajinikanth invoked the late MG Ramachandran as the benchmark. An interesting trivia — the actor uses an alibi, MG Ravichandran, as a ruse in Sivaji.

While the effect was symbolic in Sivaji, it emerges as a sharper statement in Kaala.

Class is the most important denominator in Pa Ranjith's film. In an interview with the news website Scroll.in, the director had said the contrast between the skyscrapers of Mumbai and the flattened slums around them fuelled the script for Kaala. "The narrative that is sold to us every day is that those in the vertical structures are the bigger, better and more important people and those below are not even people," Pa Ranjith said.

This is more evident in the portrayal of Karikaalan's cosmos. Karikaalan belongs to the Dalit world hidden in the midst of a growing city. While the film never mentions the word (an effective political statement) he reads Lenin, Periyar and Ambedkar. He is, quite literally, a man of the masses (and moves with a crowd of them).

In earlier films like Sivaji (2007), or even Padayappa (1999), the hero was a leader who fell down from the heights, to lead his people to rise again. In Sivaji, he is the US-returned software engineer (well, that is practically a vocational Brahmin in South India), who helps the poor and downtrodden. He dresses in sharp suits and wears dark glasses. His clothes are stylized, and his speech is lofty. Granted Sivaji does play up Rajinikanth's 'massy' appeal, but it dilutes the message for the star. 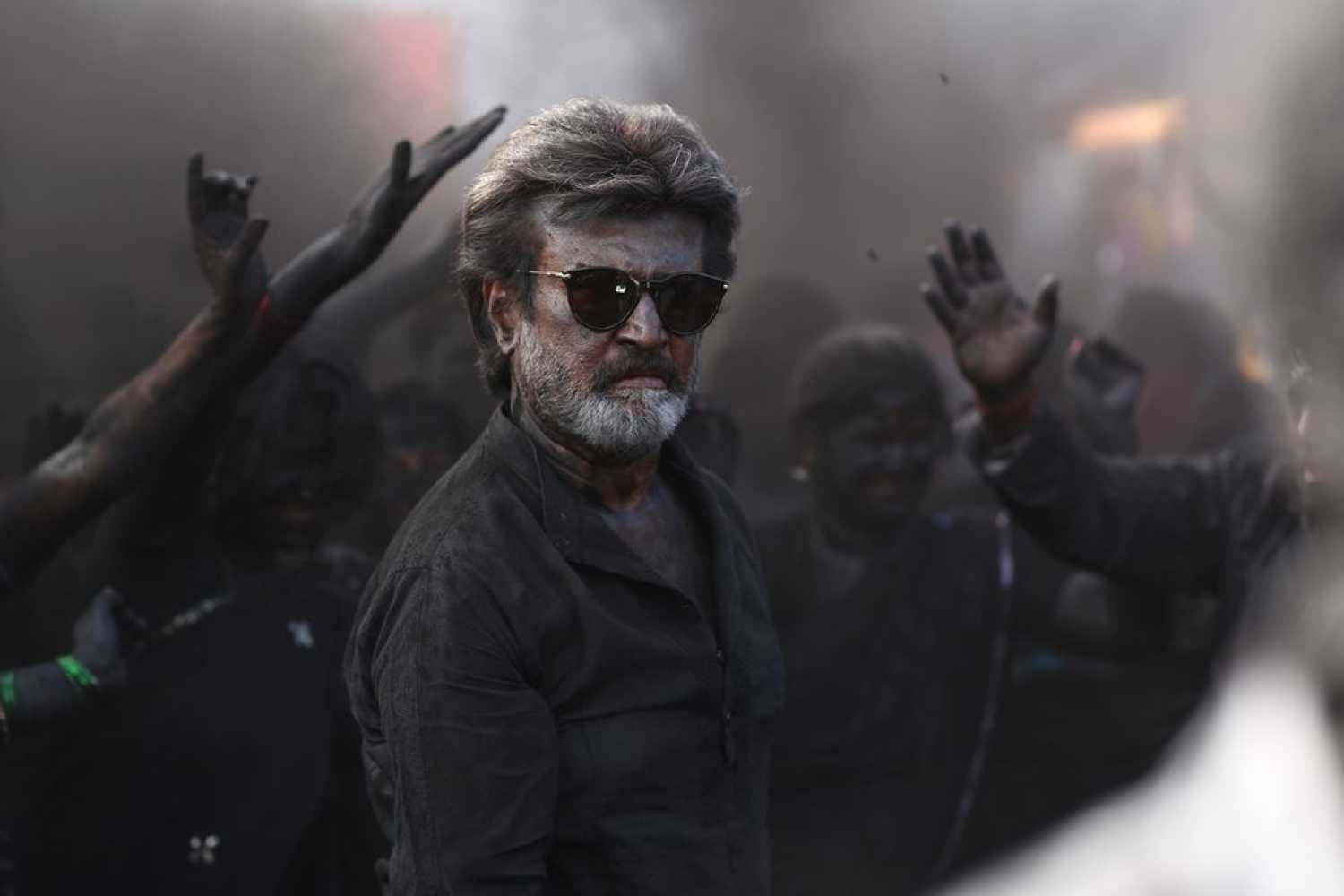 In Pa Ranjith's film, the message permeates throughout. Whether it is through names like Beemji and Lenin, or the sight of the Buddha mural outside the chawl library, and the black and blue outfits of Kaala, it is hard to ignore the message for the star.

Like Pa Ranjith's protagonist, the colour black has been a dominant part of Rajinikanth's career. In an almost fated coincidence, Rajinikanth's name means 'the colour of night'. The actor was never cast as the leading man in his early films due to his dark complexion. That opportunity went to the fair, doe-eyed Kamal Haasan.

Even when he progressed to playing lead roles and became a superstar, the actor would often incorporate jokes on his complexion in his films. In Sivaji, Shankar used it to set the platform for a running gag through the entire film. He even turned the superstar into a white-skinned man. It has become as much a part of his image as his sunglasses.

In Kaala, Pa Ranjith wraps Rajinikanth in the colour as a symbol of his rebellion against the system. A dialogue in the film says, "White means pure. Black means dirty? The problem lies in your eyes."

It is a direct rebuke of a system that has discriminated on the basis of colour, clothes and status of individuals. From the title to the character, to his appearance, Ranjith's film delights in the contrasting portrayal of individuals — the good wearing black, evil wearing white.

Sivaji: The Boss was one of Rajinikanth's biggest hits in the first decade of the 21st century. The film made Rs128 crore (all India) at the box office, making him the highest paid actor in the Tamil industry. While Kaala might not have the same effect at the box office, it is a film that revives the actor's flagging image as the leader of the masses.

While the age of social media has ensured that image alone does not ensure political success; the film does give the actor-politician a distinct advantage.