The series, which will premiere in 2019, will be directed by Raj Nidimoru and Krishna DK.

After Laakhon Mein Ek, Inside Edge and Breathe, Amazon Prime India's next original series will be The Family Man starring Manoj Bajpayee. The actor will play an agent in the National Intelligence Agency who has to balance his highly secretive job and family life.

The series, which is due to premiere worldwide in 2019, will also star Priyamani, likely as Bajpayee's wife. Sharib Hashmi, Neeraj Madhav, Sharad Kelkar, Sunny Hinduja, and Shreya Dhanwantary have also been named in the cast. 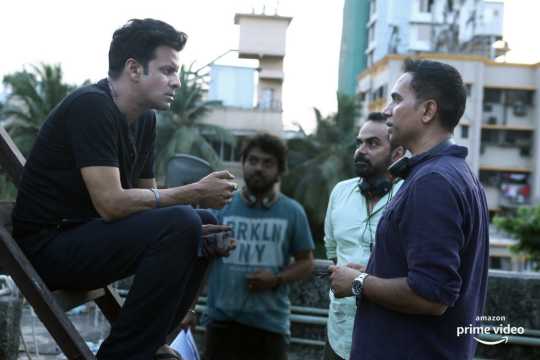 Writer-director duo Raj Nidimoru and Krishna DK will direct the series which will be available in Hindi, Tamil and Telugu.

Bajpayee said in a statement to trade magazine Variety, “There is a lot of content out there for people to watch, so it becomes essential for us to not only make our series sincerely and sensitively, but also to tell a unique story — something that concerns the common man and his uncommon life with his extraordinary struggle."

Amazon Prime India has been focused on local Indian content since its launch in the country in 2016. The streaming service features comedy specials with comedians like Zakir Khan, Biswa Kalyan Rath, and Sorabh Pant and other original series like Pushpavalli starring Sumukhi Suresh and Die Trying starring Kenny Sebastian.