Priyanka Chopra: The Dark Horse is an inspirational book on how to win, says Bharathi S Pradhan


The columnist, critic and author of Priyanka Chopra: The Dark Horse talks about why she chose the international star as the subject of her new book and how her success story of beating the odds is inspirational to anyone of any age.

This April, after two-and-a-half years away from Hindi cinema, actress Priyanka Chopra announced her return to Hindi films with Bharat (2019).

Since 2015, Chopra has been away from Indian shores a lot, filming her American television show Quantico, which wraps up its third and final season soon.

Chopra's role as FBI agent Alex Parrish was path-breaking; she became the first South Asian to headline her own show on American network television. Her breakout TV role also led to her being cast in a few Hollywood films, namely Baywatch (2017), A Kid Like Jake (2018) and Isn’t It Romantic? (2019). But that’s not all.

Though she has been living in the US for Quantico, Chopra has produced an array of films in India — from the Marathi Ventilator (2016), which won a handful of National awards, to the Sikkimese Pahuna (2017), which was premiered at the Toronto International Film Festival.

The actress is also UNICEF’s goodwill ambassador for child rights since 2010.

Columnist and film critic Bharathi S Pradhan’s new book, being published by Om Books International, Priyanka Chopra: The Dark Horse, details this amazing global rise of the actress from her early days as Miss World to her entry into Indian cinema and, eventually, becoming an international star.

In an e-mail interview, author Pradhan spoke with Cinestaan.com about why Chopra’s journey is admirable and why she did not choose to speak to Chopra herself for the book. Excerpts:

You said you decided to write a book on Priyanka Chopra after hearing her speak on 'Breaking the Glass Ceiling, Chasing a Dream'. What was the moment that inspired you?

The fact that she didn’t try to present herself as some sort of paragon but was forthcoming about being flawed was the moment I knew that Priyanka was an icon people could relate to. Becoming another Priyanka, ie another winner, or ‘becoming the best version of you’ as she put it, was not an unreachable goal because imperfections, too, are part of the package. Having been a journalist for decades, I guess it was all about sniffing a good story and writing it while I was still enthused about it.

Were you aware that there is another book being written on her?

As far as I know, The Dark Horse is the first and only book on Priyanka that’s in the market. I did hear about an unauthorized biography a few months ago. But mine is not a biography, it’s the story of a winner, and I haven’t seen the unauthorized one in bookstores so far.

I also heard that Priyanka herself may be writing her autobiography; I haven’t seen anything official on that either.

But how does any of this matter? There are dozens of books on Narendra Modi, some authorized and quite a few without his nod. Some slam him, some are a more positive study of him. There is enough space in the bookshelves for a well-written, well-researched book on any celebrity. Each will have its own angle and unique flavour.

Did you try and contact her for an interview for the book? Will you be sending her the book?

I had enough material for the kind of book I had in mind, including a very exhaustive cover story I had done with Priyanka when I was editor of The Film Street Journal, to not need another interview with her. Also, I was sure that I was writing a very positive but different kind of book and didn’t want to lose my editorial freedom in case people started wanting to vet the manuscript.

I will send the first copy that I receive from my publisher to Madhu Chopra, Priyanka’s mother, with a personal note because I know her and I am sure she will be very proud to have mothered an inspiration.

Whom all did you speak to about the book? Was there anyone whom you would have liked to speak to?

An array of eminent people from the film industry who have made milestone movies with her, including Subhash Ghai, Sanjay Leela Bhansali, Abbas-Mustan, Rakesh Roshan, Hrithik Roshan, Neil Nitin Mukesh, Madhur Bhandarkar, Anurag Basu, Farah Khan, Manish Malhotra, someone from the army… it’s a long list of very respectable names who have helped me put together this story.

Someone from the army did try to arrange a conversation with some family friend of the Chopras. It didn’t work out, but that was inconsequential. My strength is that I have known the film industry closely as a journalist, so I had easy access to all these big names.

During your research on Priyanka Chopra, did you discover many things about the actress that you didn't know before? Was there anything shocking or interesting?

Since I was the editor of Movie, a film monthly, when Priyanka came in as Miss World and began her career, and we would do the occasional interview with or story on her, I more or less knew all that is in the book. So even though it was my staffers who would meet her regularly and not I personally, I was aware of this gritty girl who kept beating the odds to reach where she did.

But yes, when you start talking to her filmmakers and friends specifically for a book, you learn about behind-the-scenes happenings that have never been discussed anywhere before. For instance, even I didn’t know that Manish Malhotra, who is such a close friend of hers today, had not quite enjoyed the experience of working with her on Dostana (2008). On the last day of the shooting, he had sent his nephew Punit a message saying, ‘Thank god this is my last day with Priyanka Chopra.’ And, by mistake, he sent that message to Priyanka herself instead of Punit!

What happened after that was one of the lessons anybody who wants to succeed should learn from Priyanka. Many more such unpublished stories are all there in the book. 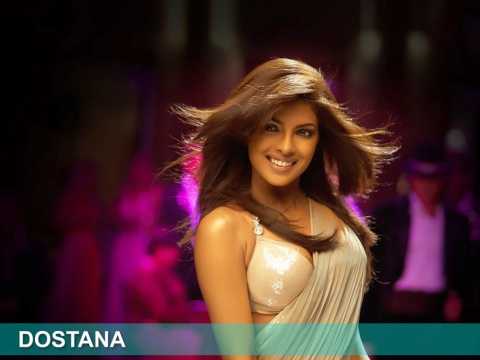 What has impressed you most about Chopra's journey from a small-town girl in Bareilly to an international star in the US?

She faced such major hurdles but bashed on regardless. Nobody who knew her as Miss World saw such a huge winner in her. She came in from the cold, went through untold, heartbreaking moments, learnt the craft on the job, and emerged the dark horse, determined to succeed. It was impressive that even I at my age could learn so much from her story. Her life being a template for success for anybody, anywhere, was most admirable.

Do you believe her attitude towards films and her career has changed much from when she started? From being clueless of what kind to films to sign, she is now producing National award-winning films under her own banner.

No, right from the word go, her attitude has been to keep learning, growing and succeeding. She wasn’t clueless. She was new but damn good at her work and ready to slog. She couldn’t have been clueless to have done an Aitraaz (2004) so early in her career. She was always unafraid and she continues to be that same fearless girl, ready to sweat it out. How many celebrities would have fearlessly gone West and introduced themselves to a new industry like a newcomer? 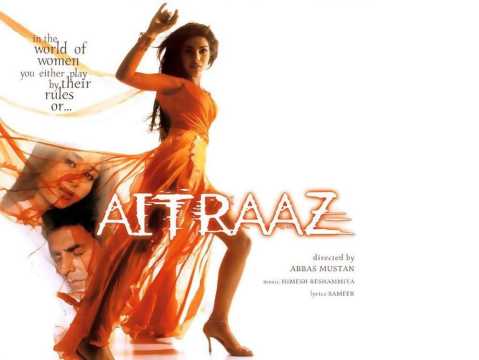 Did you think it was risky writing a book on someone whose journey is still continuing?

It’s not a biography. It’s an inspirational book on how to win and that doesn’t indicate a full stop. On the contrary, The Dark Horse spells out Priyanka’s mantras like, ‘You are never too old or too experienced not to learn something new’ and ‘You have never arrived enough not to explore new opportunities’. She is someone who keeps changing her goalpost. So of course it’s an ongoing journey. A full stop is a long, long way away.

Today, after securing a place for herself in the US market, Chopra has signed Bharat (2019) and has a few projects with Purple Pebble Pictures. How far ahead do you see her going?

Strange that you ask me this question because this is the same question I put to Rakesh Roshan, Sanjay Leela Bhansali, Madhur Bhandarkar, Farah Khan and Anurag Basu. You will have to read The Dark Horse for their astonishingly different answers. I personally think she will one day go into public life too.

What would the large legions of Priyanka Chopra fans be surprised about after reading The Dark Horse?

That reaching where she has is a damn tough act to follow. Just how tough will be a revelation.