Kumar's Manusangada is an explosive exhortation of the cruel injustices of the caste system and the systemic violence committed on Dalits in India, where even death fails to be the proverbial leveler.

Amshan Kumar’s latest feature Manusangada, screened at the 13th Habitat Film Festival, is a daring tour-de-force given the topicality of its subject, especially within the current ideologically fraught socio-political climate of the country. The film is a severe indictment of the collective social consciousness of India, where injustices of the caste system – carved onto our skin by the retrograde Manu Smriti – continue to affect the lower spectrum of the social hierarchy.

Based on true events, the film is set in a village in Tamil Nadu where its Dalit protagonist Kolappa is being denied the right to carry the funeral procession of his recently deceased father on the path that goes through a land belonging to the upper caste. He is being forced to carry the body through an alternative path allotted to his community, which is covered with thorns and stones and has had no adequate construction despite enthusiastic assurances by relevant authorities.

Incensed at this denial, Kolappa tries to seek protection from the police and the revenue division officer (RDO). These requests meet a dead end as both institutions urge him to follow ‘tradition’ and avoid disrupting law and order. On the advice of a youth leader for backward classes, Kolappa files a petition in the Madras high court. After listening to the ludicrous arguments of the defense, the judge orders the local institutions to provide protection to the funeral march. 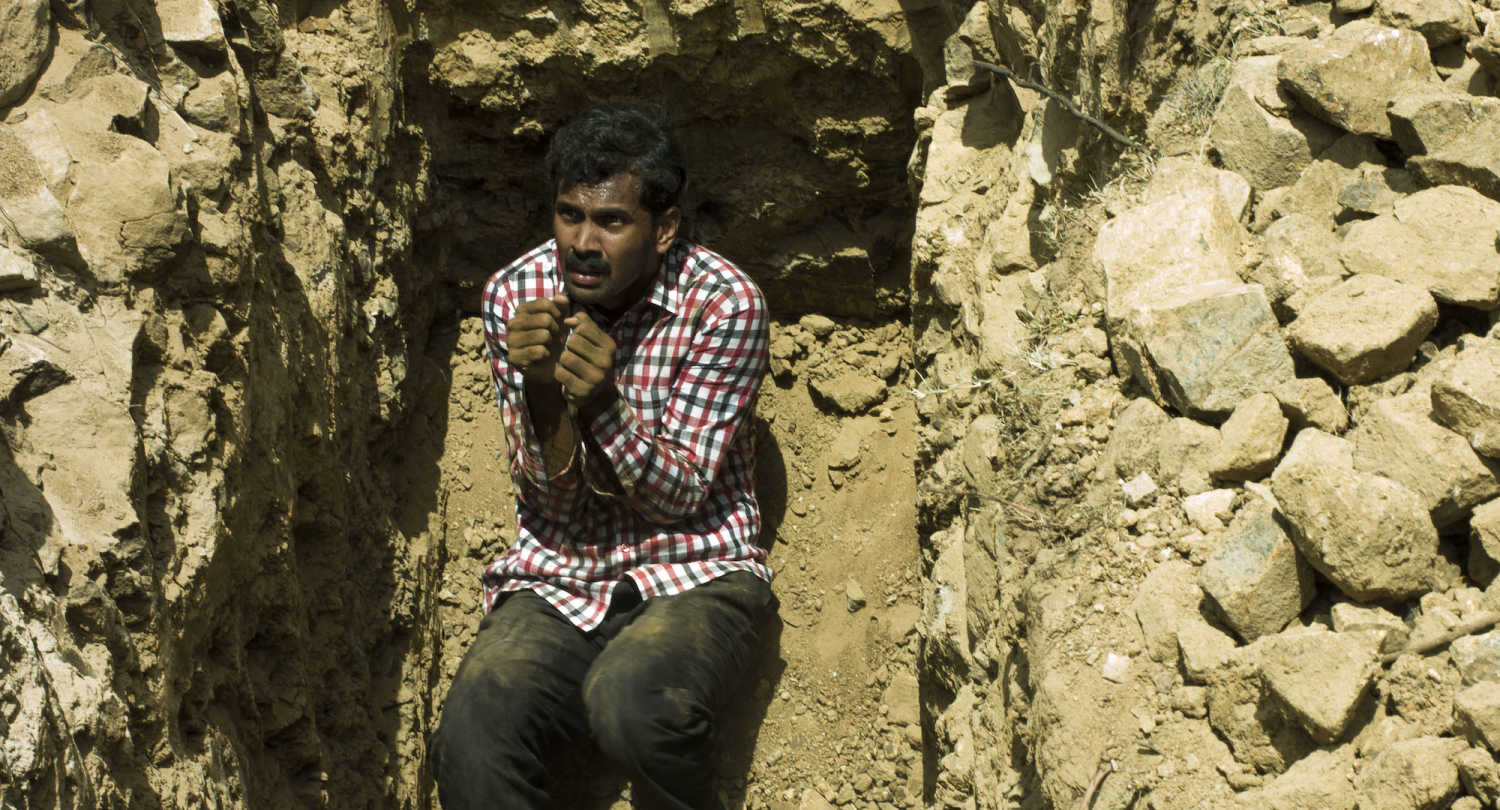 However, this judicial victory appears to hold no solace or constitutional ground as the institutional might of the MLA, the RDO and the police combine to perpetrate violence on the community with no qualms about the contempt of court. A struggle breaks out between the community and the system as the latter threatens to seize the body and bury it themselves. Will this struggle ensure the victory of the will of the oppressed against the injustices of the oppressor?

There are a million similar stories everywhere because we are all connected: Filmmaker Ranjan Ghosh

Talking about the conceptualization of the film, Kumar explained, “When I used to go to villages like the one in the film for my documentaries, I tried to figure out what concerns the people living there had. Instead of amenities like electricity, water, roads or schools, I was shocked to discover that they wanted proper burial grounds. This one thing they are unable to bear among the many facilities they lacked. If a Dalit dies, these people have to travel to places that are 10 or 15 miles away to bury the body in an unspecified place. I thought I should make a film on this. It took place in 2016. Not only this particular instance but so many incidents like this.”

As a National Award-winning documentary filmmaker, Kumar has recently ventured into fiction films. Quite like this feature, his first film Oruththi was also based on the daily lives and struggles of the Dalit community. His experience of making documentary films has a profound effect on the style and narrative of this film.

Manusangada is shot with a handheld camera in a series of jerky shots and rattling speed where the uneasiness of the aesthetic reflects the reality at hand. Kumar wanted to document the cruel reality of Dalit oppression in a docu-drama style with a tragic narrative. Quite opposite to the often-melodramatic tropes of mainstream cinema and its retreat into the happy end of oppression. The consequent aesthetic is an untouched exploration of real spaces and lives with naturalistic lighting and slightly amateur, but effective acting.

No fictional story is as fake as you might think it is: Filmmaker Rahul Jain

On his movement from documentary to fiction-feature Kumar said, “If you show narratives like these in documentary, the film won’t get released. Another thing is that in a documentary you have to specify and name the precise identities of the oppressors and the oppressed. This specification can allow other upper castes to deny their role in oppression. Fiction gives you the leverage over non-fiction in preventing any denial by any oppressor as the lack of specificity makes all of them culpable in promoting and enforcing caste-based discrimination and violence.”

Kumar dedicated the screening of this film at the festival to the Thoothukudi protestors. 13 civilians were killed when the police opened fire at a group of protestors demanding the shut down of Sterlite plant in the area.

My belief, hope, faith in humanity is something I cling on to: Srijit Mukherji at Habitat Film Festival

In response to his evaluation of cinema centered around Dalit protagonists and the representation of their struggles, Kumar recommended, “The good people are voiceless. Any filmmaker – mainstream or otherwise – needs to be in touch with the reality of the system to truthfully represent the actual reality of continued failures of the system to protect the oppressed. Mainstream cinema often shows the struggling Dalit triumphant against an oppressive structure despite all odds. This may work for it but that has no roots in the ground reality where oppression almost always wins. I wanted to make a film that is closer to this reality that is experienced by Dalits. I was very attached to the subject and wanted to give voice to resistance against such overwhelming slights.”

Manusangada plays with your expectations and unsettles your minds over the actual failure of constitutional rights and judicial protection in the modern independent nation. The exhortative title track that plays through the credits pitches a clarion call for attention to the annihilation of the oppressed communities’ status as human beings.

The film has finished its festival run and is due to be theatrically released in a couple of months. Manusangada must be seen by Indians across the nation – whether in theatres or alternative screenings – to comprehend their own biases and their implicit or explicit encouragement of the caste system, especially within the current divisive scenario of the nation. Kumar urges everyone to watch the film wherever they can catch hold of it and recommend it to others.

Manusangada is a cinematic act of speaking truth against power. While it tackles the daily struggles of Dalits against caste oppression within Tamil Nadu, the film’s subjects are living and suffering everywhere across the nation.

The unwavering and nefarious roots of the caste system have grown deep into the collective social consciousness of the Indian society, such that basic human rights are denied even posthumously. The legacy of casteism defies the absolute levelling of death itself as humanity continues to grovel in the nauseating dust of humiliation and oppression.