The yesteryear actress played leading and supporting roles in a number of Marathi and Hindi films over three decades.

Actress Padma Chavan was a well-known actress in Marathi cinema from the 1960s through the 1980s who shone in both leading and supporting roles through her film career lasting over three decades.

The actress, whose career was cut short by her untimely death in 1996, also had a few Hindi films to her credit, including Gulzar’s classic comedy Angoor (1982).

Padma Chavan was born on this day (7 July) and while most websites, including this one, record her year of birth as 1948 — by that token, today would have been her 70th birthday — it is probably incorrect, given that she played film star Jayshree Gadkar's older sister in Avaghachi Sansar (1960) and looked the part, and Gadkar herself was 18 at the time.

Be that as it may, Padma Chavan was certainly good at her work. So we revisit half-a-dozen notable roles performed by the talented actress.

Films with female protagonists have become a regular feature in Hindi cinema over the past half a dozen years or so. But Padma Chavan starred in one such film way back in 1973. Titled Anolkhi, the film saw her play the role of an orphan, Kavita, who stays with her aunt and uncle. She is thrown out of the house when she gets pregnant and her lover deserts her. But Kavita stays strong and becomes a single mother.

Kundan Shah's Kya Kehna, a film with a similar storyline and starring Preity Zinta in the lead, came 27 years later and still caused much clucking of tongues among audiences.

The title might give you the impression that this is a devotional film, but the Kamlakar Torne directorial was a proper masala film, though on a more subtle level. Padma Chavan plays Padmaja, daughter of a police officer Salvi (Madhukar Toradmal) who is struggling to capture a bandit Sarjerao (Suryakant). She ventures to trap Sarjerao in a web of love to help her father, only to end up actually falling in love with him. The plot gave Chavan a chance to display different shades of her character and she did it with conviction.

Director Devendra Goel’s Dost Asava Tar Asa starred Ramesh Deo, who carried the film on his shoulders though he was getting on in years. But despite Ramesh Deo's prominent character, Padma Chavan also made an impact in the film with her supporting role. The subplot of her romance with a man who is later forced to become a waiter also gave a subtle, heartwarming message. 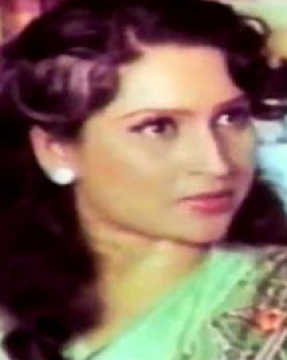 This was another film in which Padma Chavan made her presence felt in the midst of an ensemble cast. She played the strong character of Sachin Pilgaonkar’s stepmother who feels left out by her husband and her stepson. Later, she also becomes a cruel mother-in-law. Chavan was up to the task of playing a negative character which goes through a lot of transformation in the course of the film.

Angoor, a classic by lyricist-filmmaker Gulzar based on William Shakespeare's play The Comedy Of Errors, tells the tale of confusion caused by two pairs of identical twins, played by Sanjeev Kumar and Deven Verma. Padma Chavan played the friend of one of Sanjeev Kumar’s two characters, the local resident Ashok whose wife suspects him of having an affair with her. Chavan’s sorted attitude in the film ensured that she was remembered despite limited screen time.

Director Ravi Nemade’s Khara Kadhi Bole Naye had the late comedy star Laxmikant Berde in the lead. But unlike most of his films of that period, this one wasn’t a rib-tickler. Padma Chavan played the heroine’s mother in the film. Not for the first time, she got noticed despite playing a supporting role. Chavan's character was that of a hot-tempered middle-aged woman. But she ensured that the character does not appear negative or become a joke.