He says I'm a natural actor, it makes me proud: Shakti Arora on grandfather Chandrashekhar


On filmmaker and actor Chandrashekhar's 95th birthday, his grandson, TV actor Shakti Arora, talks about being inspired by his grandfather, and recalls an incident when he was a nervous wreck while sharing screen space with the veteran for the first time.

Actor Chandrashekhar with grandson Shakti Arora
give your opinion

During the black and white era, he was the leading actor in Cha Cha Cha (1964) with Helen, getting into street-singer mode, and later playing the quintessential supporting actor in a string of big films, before featuring as a lawyer, judge or police officer from the late 1970s to 1990s. Yesteryear actor Chandrashekhar, who turns 95 today (he was born on 7 July 1923), has worked over 100 movies before retiring in 2000.

Today though, he doesn’t remember everything about his amazing journey. The actor’s health has deteriorated over the last six months and has trouble with his memory.

“His memory is weak. Right now he is bedridden. Sometimes he remembers me. Sometimes he just won’t remember. This has been the case only in the last six months. Until six months ago, he used to walk around, wake up at 5am, do exercises, surya namaskar and all. He used to do his daily routine. He is very particular about his diet and is a workout freak. Till six months back he was working out. But in the last six months his health has deteriorated," says the veteran actor's grandson Shakti Arora.

But his family has always rallied around him and an annual birthday get-together will happen this year too. "A day after his birthday is my cousin sister’s god bharai [baby shower], so the celebrations will be combined. Some media friends and people who are close to him will come and give their wishes. There won’t be a celebration as such but yes there will be a gathering like every year," adds Arora.

And yet, not many from this generation will be able to identify the star of the 1950s and 1960s. Television serials Pavitra Rishta and Meri Aashiqui Tumse Hi actor Shakti Arora, who continues to carry forward his nana (maternal grandfather) Chandrashekhar’s legacy, says that his grandfather’s stories have been a major source of inspiration.

“He always tells us a lot of inspiring stories. He speaks very rich Urdu, English and Hindi. He used to always tell me that this industry is like a paathshaala (school). Tum yahaan jitna seekh sako utna kam hai (the learning is unlimited).  It’s like a learning institute where every day you are learning and working. You will never stop learning,” says Arora.

One of earliest memories of seeing his grandfather on screen is in Ramanand Sagar’s television show Ramayan in which he played the role of Sumantra, Dasharath's prime minister. "We used to watch on Sundays and wait for his part to come. We used to also go on the sets of the shoot and we used to meet all his co-stars. It used to be a fun moment for us. We used to really crave to go on the shoot with him because I used to love watching the whole process and the way he was treated on the sets. It was a great and overwhelming experience."

Arora had an organic attraction to show business and wanted to be an actor ever since he can remember. But being Chandrashekhar's grandson didn't make it any easier for Arora to break down doors, as not many who were around at the time, understood the veteran actor's legacy.

Why was Bharat Bhushan so sad?

Chandrashekhar has worked in the film industry for seven decades. At one time, he was also the director of Vishwa Bharti Company, along with his best friend and actor Bharat Bhushan, with R Chandra (Bharat Bhushan's brother) as the managing director. The trio made three films together — Meenar (1954), Basant Bahar and Barsaat Ki Raat.

Chandrashekhar was close to the likes of Ashok Kumar, Shakti Samanta, with whom he did four films, Bharat Bhushan and Ifteqar, among others. In fact, his son Ashok Shekhar is named after Ashok Kumar and grandson Shakti was named after filmmaker Shakti Samanta. "Shakti Samanta was actually there at the ceremony and he named me after him," says Arora.

He would attend kavi sammelans (poetry gatherings) with Jan Nisar Akhtar (Javed Akhtar's father), Sahir Ludhianvi and Harivansh Rai Bachchan, when Amitabh Bachchan was still a young boy. Despite his goodwill within the industry, it wasn't easy to get the industrywallahs to be excited about his grandson.

"Initially, I thought since my grandfather was a hero, I could get into films with ease. But baad me mujhe pata chala kitne papad belne padte hain [It is only later I realised that this is very tough]. Although he made me meet Subhash Ghai, Yash Chopra and everybody... everyone said, ‘Arrey this is your grandson. He looks good. He should be a hero’, but nobody said ki 'main banata hoon [I will make him a hero]. And he never went to anybody and said produce a film with my grandson. So, I realised that I have to run my own race. And then stopped telling anyone that I am his grandson or I belong to a film family. Then I went on to give 1000s of auditions. I cleared some. And then gradually I started understanding the craft. And gradually I started getting good work," says Arora.

"He [Chandrashekhar] was a star in the 1950s and 1960s, but people remember others like Dilip Kumar, Pran, Rajesh Khanna. Very few people from the black and white era are recognised today. People don’t know much about someone even like Bharat Bushan who was my grandfather’s best friend," he adds.

In fact, at first his grandfather wasn't sure if Arora had it in him to be an actor and dissuaded him from getting into the entertainment business.

"Several years back when I wanted to join the entertainment industry, he had got the opportunity to work in a film called Journey Of Life, a bilingual film. In that film, I was also working and he was playing my nanaji. That was the first time I was facing the camera and that too with him. So it was really scary for me. I wasn’t used to the craft and I was getting anxiety attacks because I was worried that he was shooting with me and what will he say to me... what will be his reaction. So because of that nervousness I couldn’t perform," recalls Arora.

"He was telling me ‘beta perform this way’ or ‘say it in this manner’, but I was so nervous at the time that I wasn’t able to say my lines properly. I did slightly better in the scenes that didn’t have him. The ones I had with him didn’t turn out good. So he told my mom ‘get him to do MBA or something, this boy won’t be able to act. It’s not everyone’s cup of tea. He will have to struggle a lot.' So he was completely against the idea of me getting into acting. But I had no plan B so I went ahead."

Chandrashekhar's story is truly inspiring. The filmmaker-actor was married off by his father at the age of 13 and travelled to Mumbai from Hyderabad at a very young age to become an actor. He started off as an extra and graduated to being not only an actor, but also a producer and director. Perhaps, he did not want to see his grandson go through the grind. 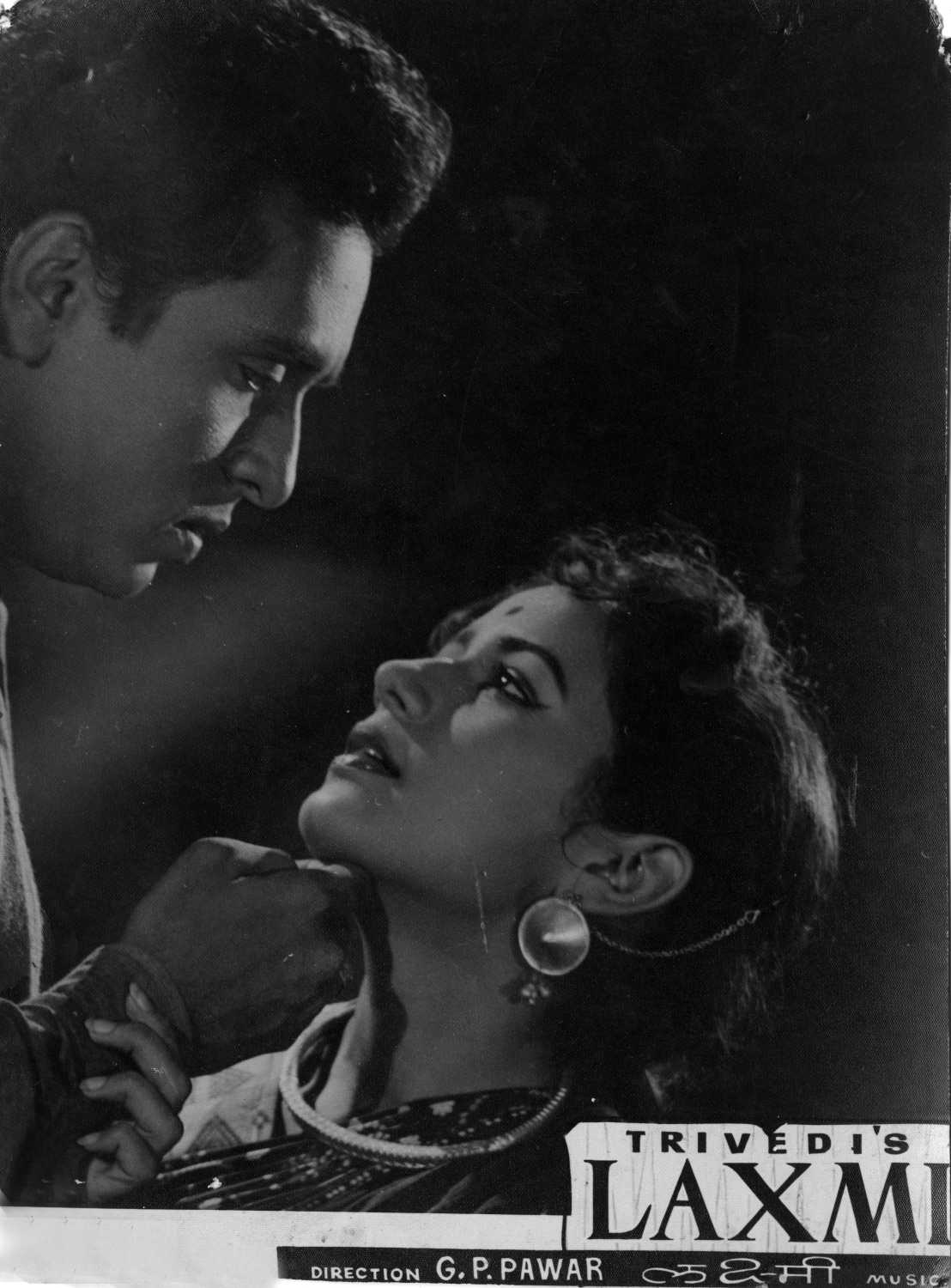 But now the veteran actor couldn't be happier that Arora has managed to make a name for himself as a bankable actor on television. As of today, Arora has starred in over 12 television shows, in leading, negative and supporting parts, been a contestant on dance reality shows Nach Baliye and Jhalak Dikhhla Jaa, and was a show host in little over a decade. Currently, the actor can be seen playing the lead on Colors TV's Silsila Badalte Rishton Ka.

"[He was very happy] once he saw me in Pavitra Rishta and once in Meri Aashiqui Tum Se Hi and the anchoring of shows that I did like Gyaan Guru and Man Me Vishwas Hai. So when he saw my confidence he was amazed that I was the same boy he had seen struggling to perform years ago. And now he tells everyone that he is such a natural performer. Kamaal ki acting karta hai, main vishwas nahi kar sakta [He is a good actor. I can't believe].

"Whatever articles used to come about me in the papers, he used to keep a cut out of those, laminate them and hang them in the lobby area of his house. He has also put a lot of my big posters, which are like hoardings, all around the house. So that makes me feel really proud.... that someone who has been such a big star at one time thinks I am a good actor," says Arora.