Fanney Khan trailer: When Anil Kapoor struggled to make his daughter a star

The trailer of Anil Kapoor-starrer Fanney Khan (2018) is out and its principal story revolves around Lata (Pihu Sand), who aspires to be a singer. She wins local singing contests, but is shamed and rejected for being overweight.

Fanney Khan is the official remake of the 2000 Belgian satire Everybody's Famous! That film was nominated for Best Foreign Language Film at the 73rd Academy Awards.

While this reviewer has not watched the Belgian film, it appears as though first-time director Atul Manjrekar will stay true to the original story. He has tweaked the story to add the body-shaming angle. In Everybody's Famous! Marva Vereecken plays the lead role.

Why is Anil Kapoor wearing a Rajinikanth mask in Fanney Khan?

Like the original Belgian film, the father of the singer is determined to help his daughter fulfill her dreams. So, what does our father (Kapoor) do? He and his friend Adhir (Rajkukmmar Rao) kidnap pop star Baby Singh (Aishwarya Rai Bachchan) to extort money from her.

Fanney Khan wants his daughter Lata to cut an album, but he can barely work out the math and logistics of doing so. So will they get enough money so Lata can live her dream? 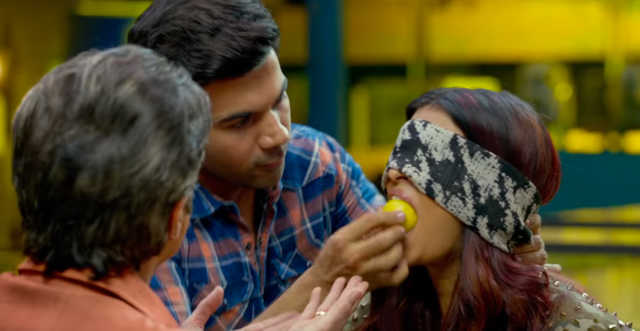 Going by the trailer, Fanney Khan promises to be a story of an underdog family and their hopes. The back story of Fanney Khan as a saxophonist in the past is cleverly teased. He now drives a taxi for a living. As a Mohammed Rafi fan who could not make it big on his own, Fanney Khan is determined to see his daughter successful. He even names her Lata after legendary singer Lata Mangeshkar.

First-time actor Pihu Sand exhudes confidence and energy. Divya Dutta, who plays Fanney Khan’s wife and Rajkummar who plays his friend, will be expected to give their best. Rai Bachchan has a commanding screen presence. How effective her act is will be revealed only after the film is out.

Fanney Khan trailer has the intrigue factor going for it, apart from the emotional shades. Director Manjrekar has an endearing story to work with. It is likely to have dreams, drama and a whole lot of tear-jerker moments.

The film will be released on 3 August.

Watch the trailer of Fanney Khan below: