While the film didn't earn big at the box office, Lootera will be remembered for its endearing story, breath taking music and stunning cinematography.

Who doesn't love the ‘lived-happily-ever-after’ romantic tales. However, many a great love stories have a tragic ending. Romeo-Juliet, Heer-Raanjha, Sohni-Mahiwal, Laila-Majnu are a few that come to mind. These legends have inspired fimmakers to tell tragic tales of their own.

In 2013, a promising young filmmaker and his writer dabbed into The Last Leaf, a short story by the legendary American author William Sydney Porter, better known by his pen name O Henry.

Filmmaker Vikramaditya Motwane and writer Bhavani Iyer used the classic short story to tell their story, Lootera. Set in West Bengal and Himachal Pradesh, here was a period tale of a simple girl, Pakhi Roy Chaudhary (Sonakshi Sinha), who falls for the charms of conman Varun (Ranveer Singh), only to be cheated and left distraught. Destiny brings them under one roof again, but this time the conman shows up as a fugitive; wounded and seeking refuge.

Expectedly, Pakhi despises Varun’s presence. Old wounds are rekindled but she is too weak and powerless to seek retribution. In fact, it is the conman man who finds redemption. Though the man who gave the wound, offers no cure, he makes a sincere attempt to heal them.

Motwane had an engaging story but the audiences didn’t warm up to it. It is hard to decipher what went wrong. Motwane had a fine story, great music, great cinematography and Lootera was rich in technical aspects, but, perhaps, each film has its own destiny too.

Lootera completes five years today (it was released on 5 July 2013). On the occasion, we take a look at the asptects that the film stood out for and try to understand why the film didn't work as well as it could have.

Bonding over books, art and music

The initial part of the film is set in West Bengal. Varun and his friend Devdas (Vikrant Massey) disguise themselves as archaeologists to gain access into the sprawling mansion of the Zamindar (played Barun Chanda).

Varun had first met the zamindnar’s daughter when she rammed her car into his bike. Pakhi was smitten at first sight but love bloomed over verses from books, poetry and Hindi romantic songs from the 1950s. After all, the girl aspires to be a writer. Our conman lies about his literary lineage, but he is well versed with what interests Pakhi and her father.

Motwane even used the soundtrack 'Tadbeer Se Bigdi Hui' song from the 1951 film Baazi in certain scenes. If you love poetic, literary exchanges, then Varun could cast a spell on you too. The duo also bond over a fews painting sessions. While it was a period film, the old school romance was refreshing. 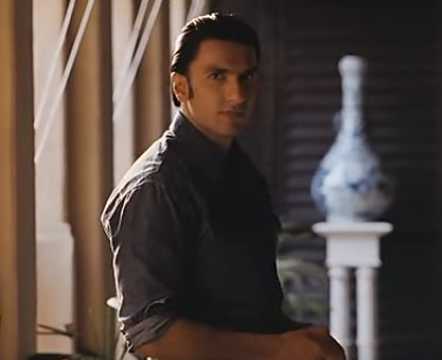 Interestingly, Ranveer Singh had initially not liked the story of Lootera. However, he was convinced by the time the script reading session was over. His character was created by Motwane, while Pakhi was inspired from O Henry’s The Last Leaf.

Singh played the energetic, bubbling Delhi boy in Band Baaja Baaraat (2010) and was the cool casanova in Ladies Vs. Ricky Bahl (2011). While we had seen Singh's clean shaven look in his earlier films, Singh hade never appeared in a classy, gentleman look before.

Reportedly, Motwane wanted his Varun to be a mix of American actor James Dean and Indian actor Dev Anand. The clean shaven look, gelled hair, smoking style reminds one of Dean. His dressing, like the long collared shirt and full sleeve sweater, brought back memories of the great Dev Anand. Singh shone in his act, as well as in his looks.

Singh was portrayed in a completely different light in Lootera, a contrast to the image that he had made for himself in his first two films. One can’t say with certainty, but perhaps, Varun was deemed uncool by those who loved Ranveer's boisterous Bitto Sharma of Band Baaja Baaraat.

Sonakshi Sinha out of the Dabangg shadow 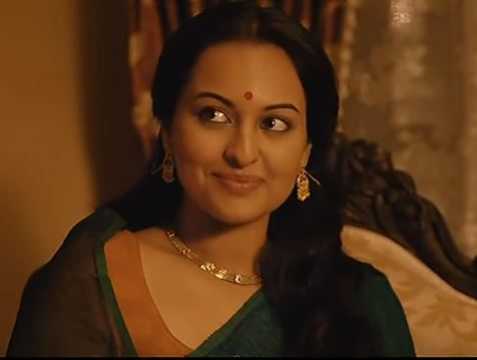 When an actress makes her debut in a Salman Khan film, more often than not, she is often reduced to a footnote. Not that Sonakshi Sinha didn’t impress in Dabangg (2010), but it is with Lootera that Sinha found her feet as an actress.

The shyness, child-like innocence of Paakhi seemed to come to Sinha naturally. There were two sides to Sinha’s character. First that of a sweet, innocent girl who falls for a charming conman. Second saw Sinha play a lost soul who has no zest for life. Sinha played the two parts to the T. The actress received critical acclaim and was nominated for the Filmfare Award for Best Actress that year. If truth be told, Sinha has since struggled to give such top notch performances. 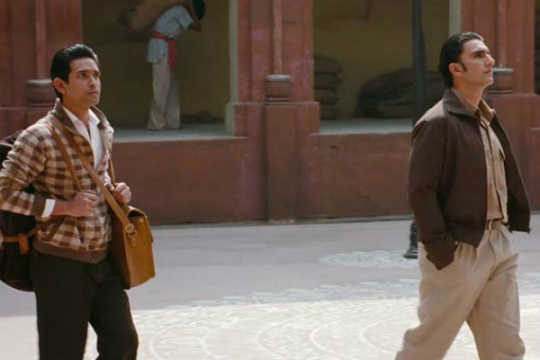 Vikrant Massey had become a household name after playing Shyam in the popular television show Balika Vadhu. Given his talent, it wasn’t long before Hindi cinema tapped into his potential. The transition from television to films is never easy for actors. If you don’t look like a million bucks, it is tough to be a leading star.

Despite playing a supporting role, Massey overshadowed Ranveer Singh, that too, in his very first film. Massey played Singh’s partner in crime, Devdas. Though frail in size, Massey has a powerful voice and natural intensity. Hindi cinema found an actor for the future.

Although the film is set in the 1950s, music composer, Amit Trivedi, didn’t restrict the music to old times and Amitabh Bhattacharya provided neat, poetic lyrics. Each soundtrack in Lootera had a flavour of its own.

The 'Monta Re' song seemed to derive its roots from the Baul music tradition of Bengal. Swanand Kirkire's voice made the track a delight to hear.

Then Trivedi and Bhattacharya created a magical melody in 'Sawaar Loon', sung by Monali Thakur, and the soulful ballad Manmarziyan, crooned by Trivedi, Bhattacharya and Shilpa Rao. We also had the soft rock 'Zinda'.

Lootera’s music had the soul of the golden era, yet it felt contemporary. Not many films today can boast of a great music album. Lootera will be remembered most for its delightful music.

Here was a film that was rich in its visuals. Cinematographer Mahendra Shetty had worked in Motwane’s first film Udaan (2010). Lootera is a film that captures beauty in contrasting ways.

The first half of the film is full of colours, for that is the period where Varun and Devdas visit the palatial Manikpur household of Roy Chaudhary. The atmosphere is alive with color, romance and optimism. Once the story travels to Dalhousie in Himachal Pradesh, Lootera sports a cold undertone that stretches all the way till the end. The snow clad alleys, dark winter skies make for a perfect setting for the grim situation at hand. Shetty should be particularly praised for filming the sequence on the hilly, dark streets when inspector KN Singh (Adil Hussain) and his team are chasing the conmen.

There is beauty in darkness too, but it is not appreciated by all. Perhaps, this grim atmosphere, didn't go well with the Indian audiences. This could be another reason why the film didn’t click with the masses.

Not every film makes it big at the box office, but collections alone don’t decide the quality of a film. Lootera may not be a masterpiece, but it sure is one that steals your heart.