Bhappi Sonie, the man who made Brahmachari – Birth anniversary special


On his 90th birth anniversary (Sonie was born on 31 July 1928), we look at the career of the director who gave us some of Shammi Kapoor’s most memorable films.

Starring Dev Anand, Johnny Walker, Shakila and KN Singh and produced by Guru Dutt, the film was a huge hit and established Khosla as a director to look out for.

Interestingly, just as Khosla, who had assisted Guru Dutt, went on to become a top director, Pramod Chakravorty and Bhappi Sonie, who assisted Khosla on the making of CID, both went on to become successful directors in their own right.

Sonie began his career as an assistant to Khosla on Milap (1955), the latter's directorial debut. In 1960, Sonie made his own directorial debut with the romantic comedy Ek Phool Char Kaante (1960), starring Sunil Dutt and Waheeda Rehman, paired together for the first time. 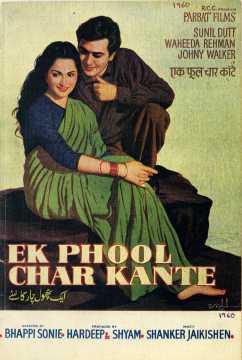 The film featured four 'thorns’, or obstacles, in the shape of the four eccentric uncles of the heroine, whom the leading man needs to charm for the union of the lovers to take place. The film was the inspiration for the David Dhawan film Dulhan Hum Le Jayenge (2000), starring Salman Khan and Karisma Kapoor.

The Shammi Kapoor-Rajshree starrer Jaanwar (1965) was Sonie’s next directorial venture. Released a year after the success of Kapoor’s Kashmir Ki Kali (1964), the film marked the beginning of an enduring collaboration between the filmmaker and writer Sachin Bhowmick who also teamed up for Sonie’s next, the blockbuster Brahmachari (1968).

Apparently, there were several disagreements between the producer of Brahmachari, the redoubtable GP Sippy, and Sonie during the making of the film and the former was on the verge of bidding adieu to the industry altogether. But in spite of all the problems, the film got made and went on to become a huge hit. It also won several awards, including the Filmfare award for Best Film and the Best Actor award for Shammi Kapoor.

Pyar Hi Pyar (1969), Sonie’s next, starring Dharmendra, Vyjayanthimala, Pran, and Helen, was also a success and remains the only film to have paired Dharmendra with Vyjayanthimala.

The film also featured a newcomer called Shatrughan Sinha, fresh out of the Film and Television institute of India in Pune at the time and spotted by Sonie at the Famous Studios, Mahalaxmi.

Sinha got a two-scene role in the film, playing Pran’s boss. Despite being a newbie acting with a veteran like Pran, Sinha played the role with his characteristic aplomb and left an impression on the audience. Sonie later cast him in his 1973 film Jheel Ke Us Paar as well.

The 1960s was when Sonie found his biggest successes as director and producer. In the following decade, he worked with some formidable talents, but his films failed to leave a lasting impression, whether it was the Dharmendra-Hema Malini starrer Tum Haseen Main Jawan (1970), Jawan Muhabat (1971) and Preetam (1971) starring Shammi Kapoor, or Chalta Purza (1977) starring Rajesh Khanna and Parveen Babi, among others.

The last film he worked on was Nishchaiy (1992), produced by him and directed by Esmayeel Shroff. Starring Vinod Khanna, Salman Khan and Karisma Kapoor in the leading roles, Nishchaiy was the story of two brothers, Ravi (Khanna) and Rohan Yadav (Khan), who are separated as children. As fate would have it, Ravi is wrongly considered a criminal while Rohan becomes a lawyer. They come face to face, unaware of their bond.

The film was also notable for being the comeback vehicle of the great music director OP Nayyar, but neither the film nor the comeback clicked.

Bhappi Sonie passed away in September 2001 at the age of 73.