The Indo-American actress says the changing image of women in Indian cinema is quite exciting for artistes like her and so, she wishes to explore more Hindi films.

Indo-American actress Pooja Kumar, who plays a pivotal role in Kamal Hassan-starrer Vishwaroopam 2, says the changing image of women in Indian cinema is quite exciting for artistes like her and so, she wishes to explore more Hindi films.

Born and brought up in the US, Kumar has acted in various south Indian films.

Asked if she is interested to pursue a career in the Hindi film industry, Kumar told IANS here: "I have lived in America all my life and I have a career there. So unless I am living in Mumbai, I cannot really push myself.

"But yes, of course, given an opportunity, I surely want to explore Hindi films. This is a good time for actresses."

According to her, Indian cinema has projected women in a very strong manner in the early days and she believes the country's cinema is very progressive.

"I have grown up watching Indian cinema and I am introduced to our Indian culture very beautifully. I loved watching some of the iconic black and white movies, films of the 1960s and 1970s followed by the work of some progressive filmmakers like Satyajit Ray and K Balachander.

"Think about a story like Charulata (1964) and Avargal (1977). Both the films revolve around a female character. The projection of women back then was so strong, interesting and complex enough to connect with the reality," said the actress.

Kumar feels it was in the 1990s the film industry "lost it in transition". 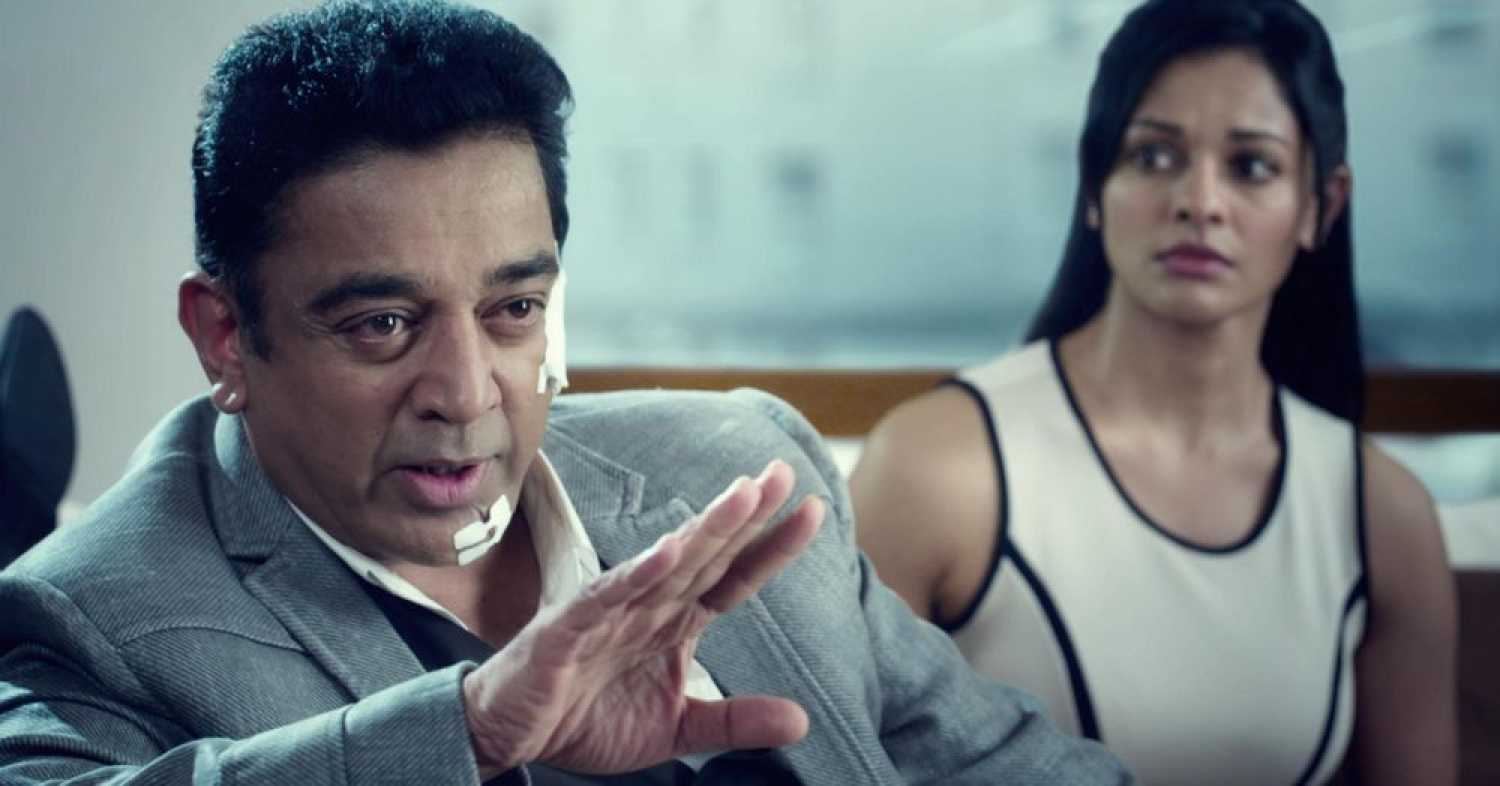 "Now, with the advent of technology, internet, the audience and content makers are maturing in their ideas. So any artiste would be interested to be a part of that (change)."

A big fan of Kamal Haasan, Kumar said she was thrilled to get a call from the legend, and to experience working with him.

"Kamal sir watched my work in America and contacted my manager. When my manager called me saying, 'A popular Indian actor, filmmaker Kamal Haasan wants to talk to you. Have you heard of him?', I was jumping out of excitement! I was like ayes yes yes'.

"We spoke on a video call and then Vishwaroop 2 happened," Kumar narrated.

Written and directed by Kamal Haasan, Vishwaroopam 2 will be released on 10 August. The Hindi version of this bilingual, called Vishwaroop 2, will be presented by Rohit Shetty and Reliance Entertainment. The Tamil version and the Telugu dubbed version is produced by Raajkamal Films International for Aascar Films Pvt Ltd.