The actress' team has been putting up pictures from her visit to Jaggi Vasudev's ashram in Coimbatore.

Kangana Ranaut might have had a rough couple of years filled with controversies, but the actress seems to have finally found some quiet. The Manikarnika: Queen Of Jhansi actress is currently on a visit to Jaggi Vasudev's ashram in Coimbatore. The actress' team uploaded pictures of Ranaut spending some time introspecting as she attended yoga classes and prayed at the temple of Lord Shiva.

At the confluence of all Cosmic rivers of energies, when self & surrender become one. When in duality comes the realization. All is ONE & ONE is all #KanganaRanaut prays to the #Dhyanlinga at #Adishakti ashram @isha.foundation PC: Swami Chitranga

The ashram is part of the Isha Foundation initiative in Coimbatore. The actress is also a spiritual person, and has often spoken about her tryst with yoga. In a June 2015 interview with Hindustan Times, a daily, the actress had spoken about the role of yoga in her life.

She mentioned how in her most difficult time, she had taken up the practice. "I started finding strength within myself and my inner voice. I started doing yoga in a big way. I did Raja Yoga, which is a very difficult practice and it requires you to be a celibate. So, I lived a monk’s life for a year or two [smiles]. I also did Kundalini Yoga, and studied all its chakras too," she said.

Look who came visiting!!! #KanganaRanaut visits the @isha.foundation school & spends some quality time with the kids, who seem to having the time Of their lives showing her around the campus @sadhguru PC: Swami Chitranga (Brahamchari) @team_kangana_ranaut

Ranaut actress also took time out to pose in front of the massive statue of Lord Shiva at the ashram. "Soaking in the divinity and seeking the blessings of the almighty", wrote her team on the Instagram post.

And time stood still! #KanganaRanaut soaking in the divinity and seeking the blessings of the almighty at #Adiyogi @isha.foundation @sadhguru

The actress seemed to be involved in the spiritual aspect of the visit as she was seen worshipping devoutly at the temple. Although Ranaut has admitted that she never came from a religious family, she claimed that it was spirituality and yoga that helped her through some of the tough times in her life. 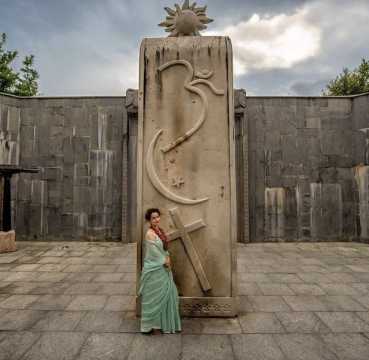 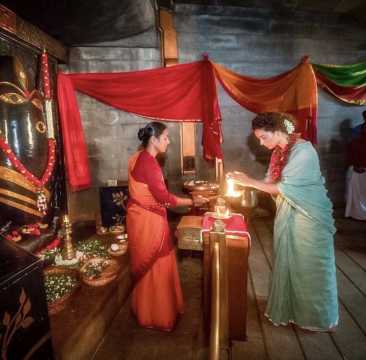 The actress is involved in the biopic, Manikarnika: Queen Of Jhansi, and in Mental Hai Kya where she is cast alongside Rajkummar Rao. While the former is set to be released on 25 January 2019, the latter is scheduled to hit the screens on 22 February 2019.