A Dharma Production official confirmed that Khan was directing something for Dharma 2.0, but refused to comment any further.

In a recent interview with us, Jaane Tu Ya Jaane Na (2008) director Abbas Tyrewala had mentioned how he thought actor Imran Khan was more keen on directing and one day he would switch from acting to direction. It looks like the actor has taken his first step toward direction by directing a short film, that is being created by Dharma 2.0, the ad agency of Dharma Productions.

We got access to this picture bearing the name of Khan as director. 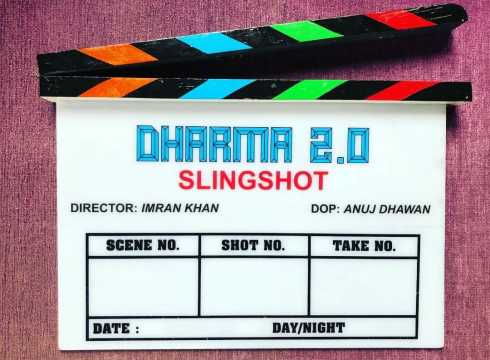 A Dharma Productions official confirmed that Khan was directing something for Dharma 2.0, but refused to comment any further. This had led to speculation that Khan could be making an ad film for Dharma 2.0.

However, according to a reliable source closely associated with the project, "It is not an ad film, but a short film. Khan has only directed it, he’s not starring in it. We shot for a period of four days. It was quite a nice experience working with him. He’s  very dedicated and he’s sure what he wants. Also, aesthetically, he is very sound."

Khan's last hit was Ek Main Aur Ekk Tu (2012) which was a Dharma Productions film. His subsequent releases tanked at the box office.

Years ago, Khan had done a course in filmmaking at the New York Film Academy.