With hits like Goonj Uthi Shehnai (1959) and Arzoo (1965), the actor was unbeatable at the box office in his heyday. On his 89th birth anniversary (20 July), we revisit 10 films that brought him the moniker 'Jubilee Kumar'.

Rajendra Kumar is a name fans of Hindi cinema cannot ignore. The man with the mythical Midas touch delivered one hit after another, especially from 1963 to 1966.

Rajendra Kumar Tuli began his film career as an assistant director under HS Rawail. He made his acting debut with a small role in Kidar Sharma's Jogan (1950), which starred Nargis and Dilip Kumar.

The actor came into the limelight with Vachan (1955) and played Nargis's older son in Mother India (1957). After this, there was no looking back.

With hits like Goonj Uthi Shehnai (1959) and Arzoo (1965), the actor was virtually unbeatable at the box office. This long streak of success earned him the title of 'Jubilee Kumar'.

On Rajendra Kumar's 89th birth anniversary today (he was born in Sialkot on 20 July 1929), we revisit 10 films that made him 'Jubilee Kumar'. 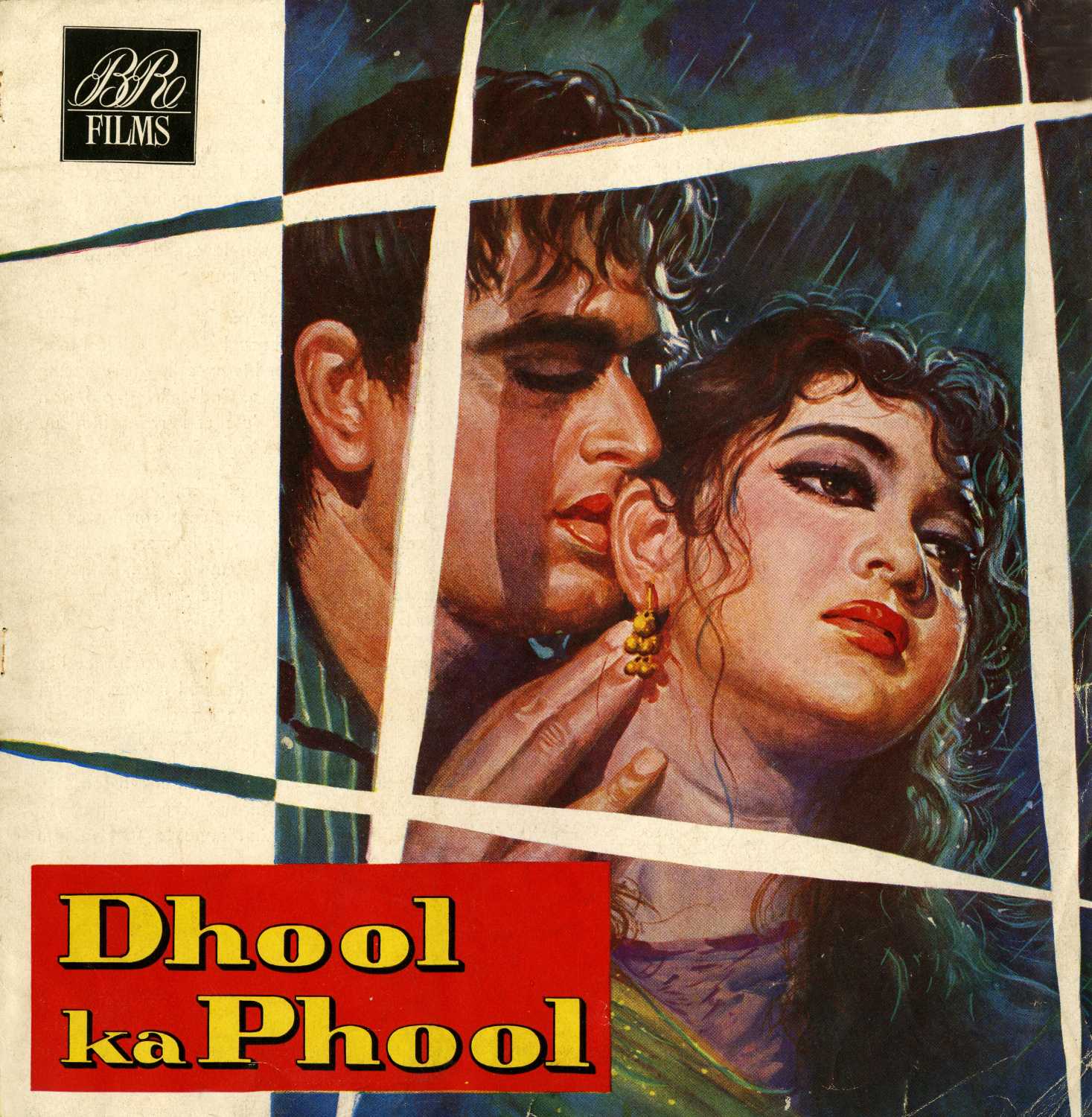 Just a decade after Partition, India, like today, needed lessons in communal harmony. Yash Chopra's Dhool Ka Phool touched upon this issue, among other social evils, stressing on the importance of humanity over religion. College love birds Mahesh Kapoor (Rajendra Kumar) and Meena Khosla (Mala Sinha) are happy in their world until they realize Meena is pregnant. Unable to persuade his father to let him marry Meena, Mahesh abandons her and marries Malti Rai (Nanda). Meena, in turn, abandons the child after it is born and marries a lawyer (Ashok Kumar). The child is raised by Abdul Rashid (Manmohan Krishna).

The plot takes an interesting twist when, years later, the child is accused of theft and Meena is testifying in his favour while Mahesh is the presiding judge. Meena knows the boy is her son, but Mahesh, unaware, depises him for having been born out of wedlock. 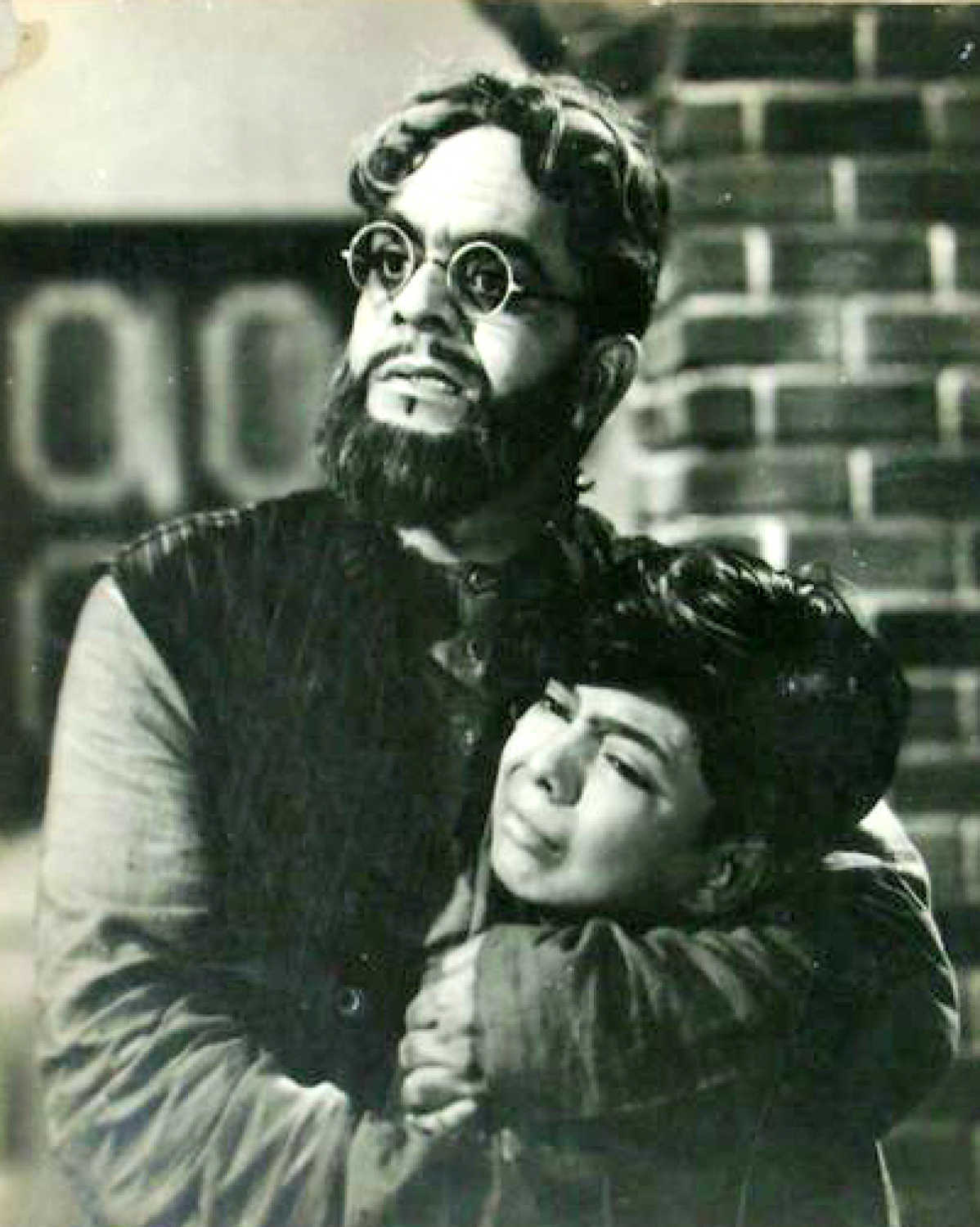 Rajendra Kumar essayed three roles in the film — lover, father and judge. As a lover, Mahesh is pure and without bias. But as he grows in status, he turns into a bitter man who is conscious of the company he and his family keep. He even restrains his son Ramesh (Daisy Irani) from befriending an illegitimate child in his class. 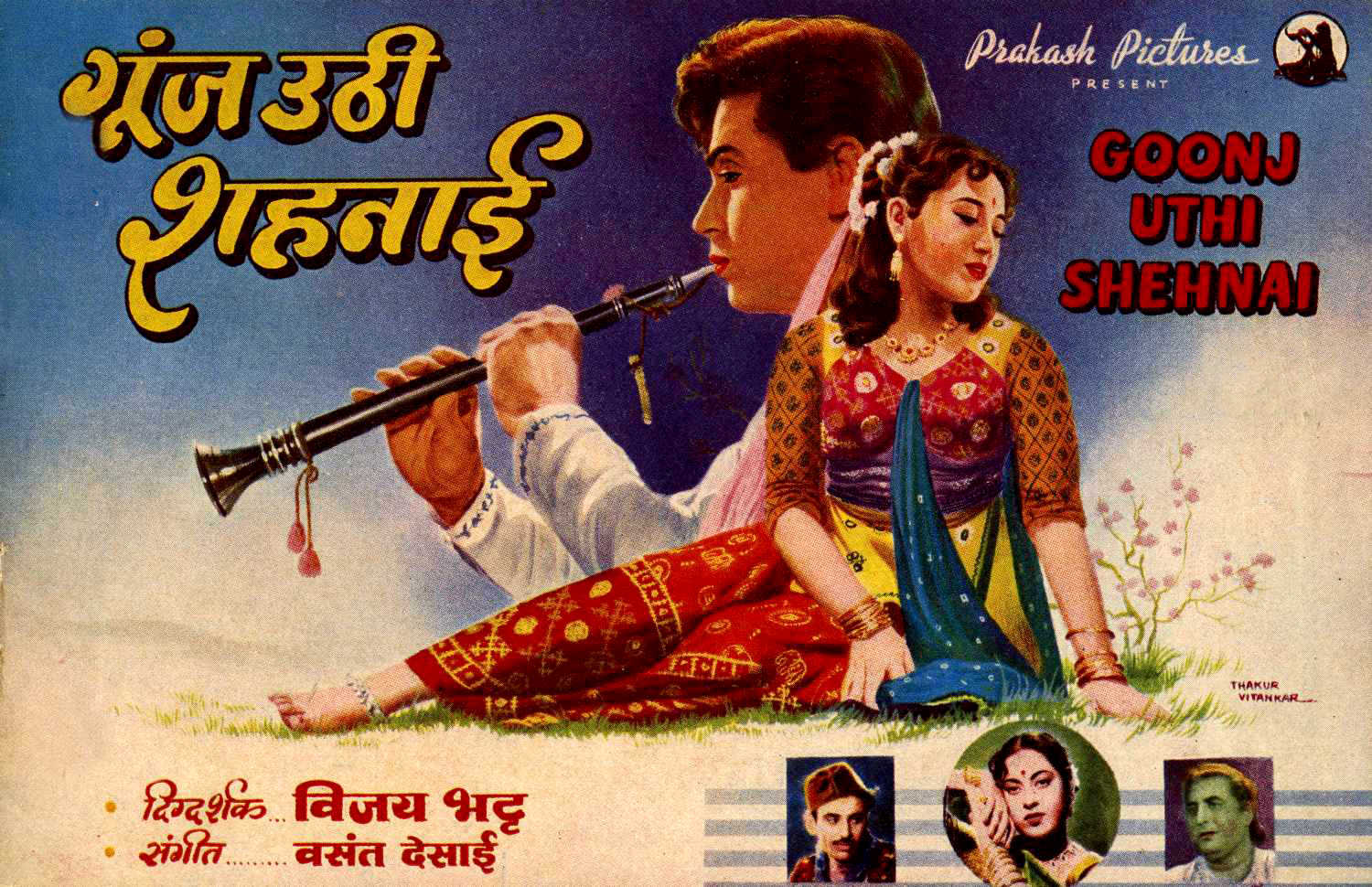 This Vijay Bhatt film is considered Rajendra Kumar's first big hit. Goonj Uthi Shehnai tells the story of Kishan, his shehnai and love. While the shehnai brings him wealth and fame, his love story meets a tragic end. Rajendra Kumar as Kishan looked young and charming. His handsome face had the perfect expressions in joy and in tears. The young Ramu from Mother India (1957) was now a leading man who could captivate his audience. 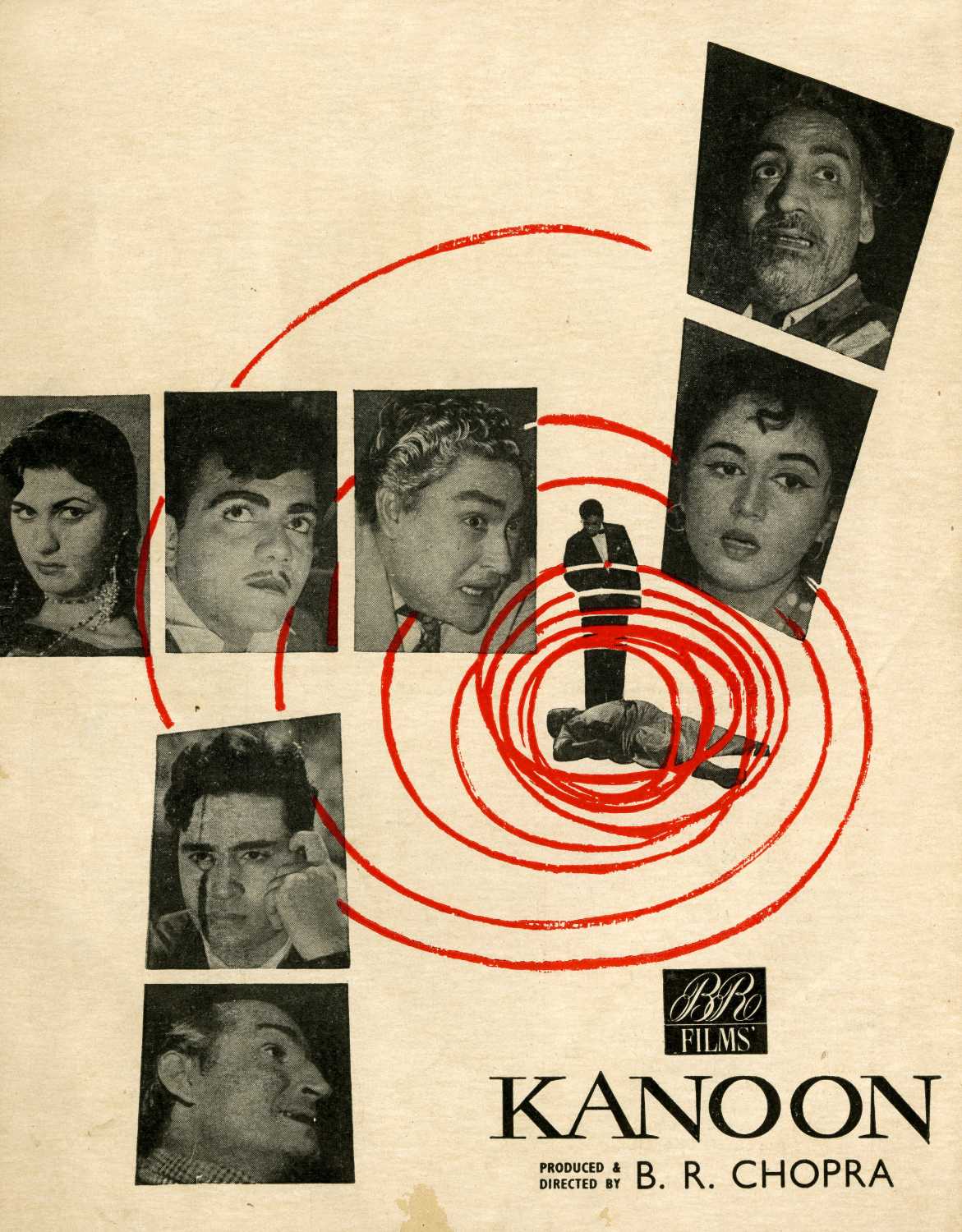 Kanoon picks up from Guy de Maupassant's short story The Diary of a Madman. A judge commits murder and gets away with it. A courtroom drama, Kanoon had suspense, thrill and a gripping story.

Badri Prasad (Ashok Kumar) is a judge. Kailash Khanna (Rajendra Kumar) is an advocate. Kailash and Badri Prasad's daughter are soon to be wed. One fateful night, Badri Prasad commits a murder. The crime is witnessed by Kailash. Now Kailash is in a fix. Since he cannot point to the real killer, Kailash takes up the defence of a small-time thief wrongly arrested for the murder.

Rajendra Kumar played the lawyer caught between his morals and his relations with great sincerity. While the first half of the film had him play a man happy with his life and career, the second had him fighting the very people he considered his own. 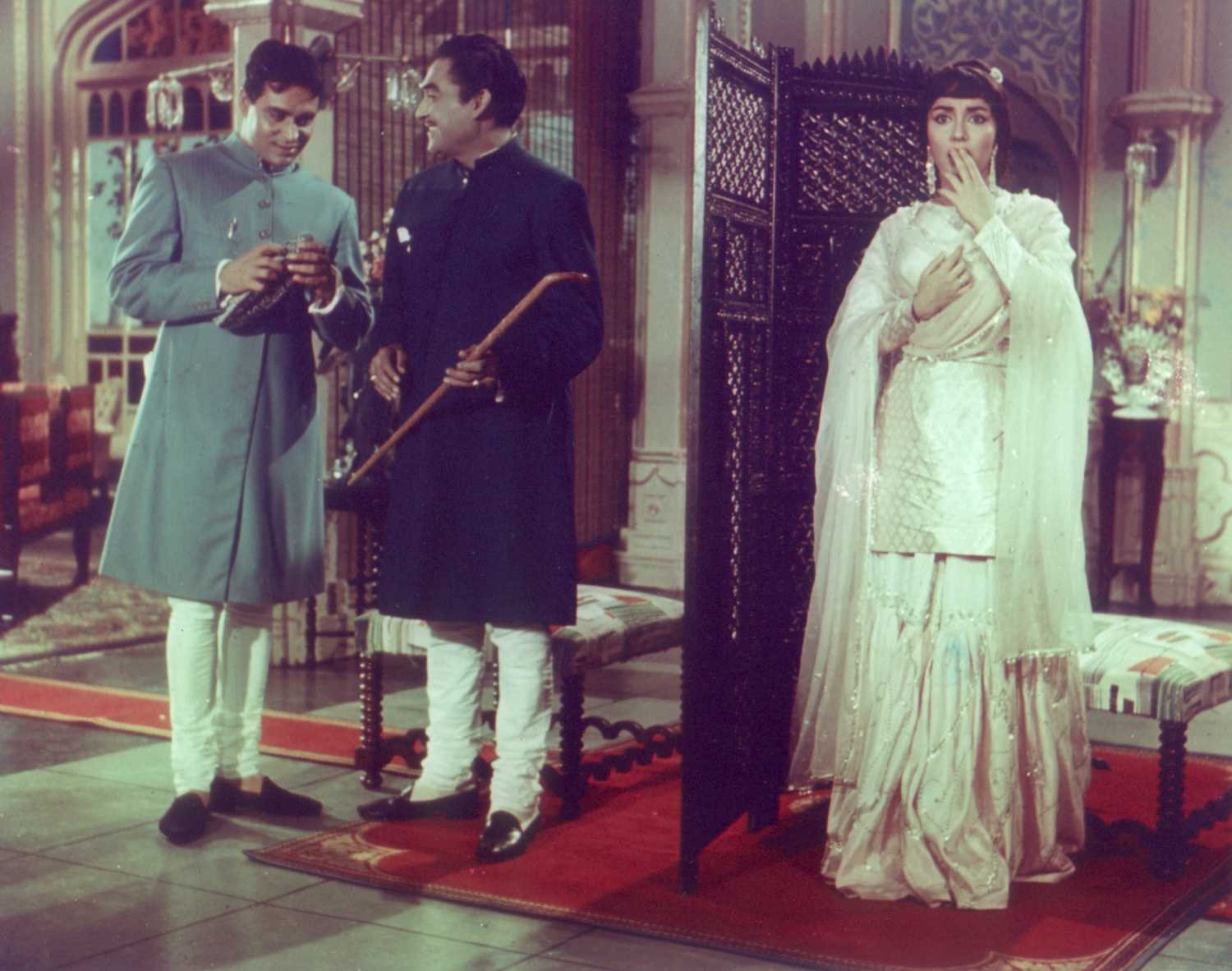 Harnam Singh Rawail's Mere Mehboob spoke of the class divide. Though Anwar (Rjendra Kumar) is an educated young man and budding poet, his identity as a nautch girl's brother decides his fate. He is in love with Husna Bano Changezi (Sadhana), sister of nawab Buland Akhtar Changezi (Ashok Kumar). The nawab likes Anwar, but refuses to accept him in his family for his lack of wealth and connections.

Though the film was quite linear and plain, its title song became an overnight sensation. Sung by Mohammad Rafi and Lata Mangeshkar in different versions, the song penetrated the hearts of the masses. The version sung by Rafi, more than eight minutes long, was especially appreciated.

Rajendra Kumar had by now made his mark as a romantic hero. In this film, too, he did not have much else to do other than romance and make sacrifices. However, that was just what the audience wanted to see him do. 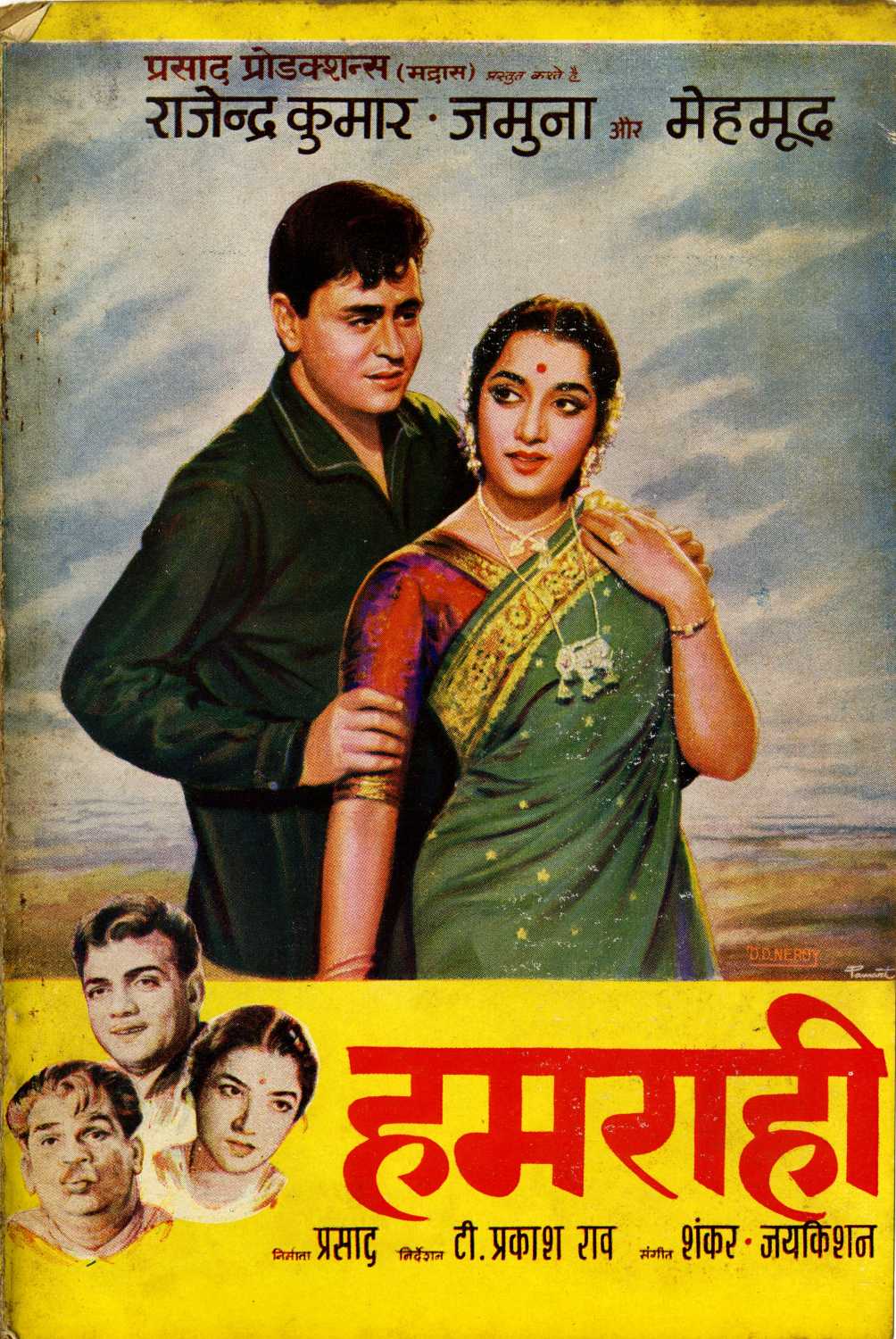 T Prakash Rao's Hamrahi was an emotionally charged family drama. Rajendra Kumar played the rich, spoilt brat Shekhar who mends his ways only after meeting a righteous girl, Sharda (Jamuna). However, love comes after much perseverance, for the young woman hates Shekhar's casanova image. However, just when she realizes he has changed for good, he is accused of murdering an ex-girlfriend.

The film had Rajendra Kumar in a different avatar. He had mostly played a loyal, righteous man so far. In Hamrahi, he was the cunning, vicious young man who would do whatever it took to get what he wanted. Though he played the part with conviction, it is the character's transition from evil to civil that captures you. 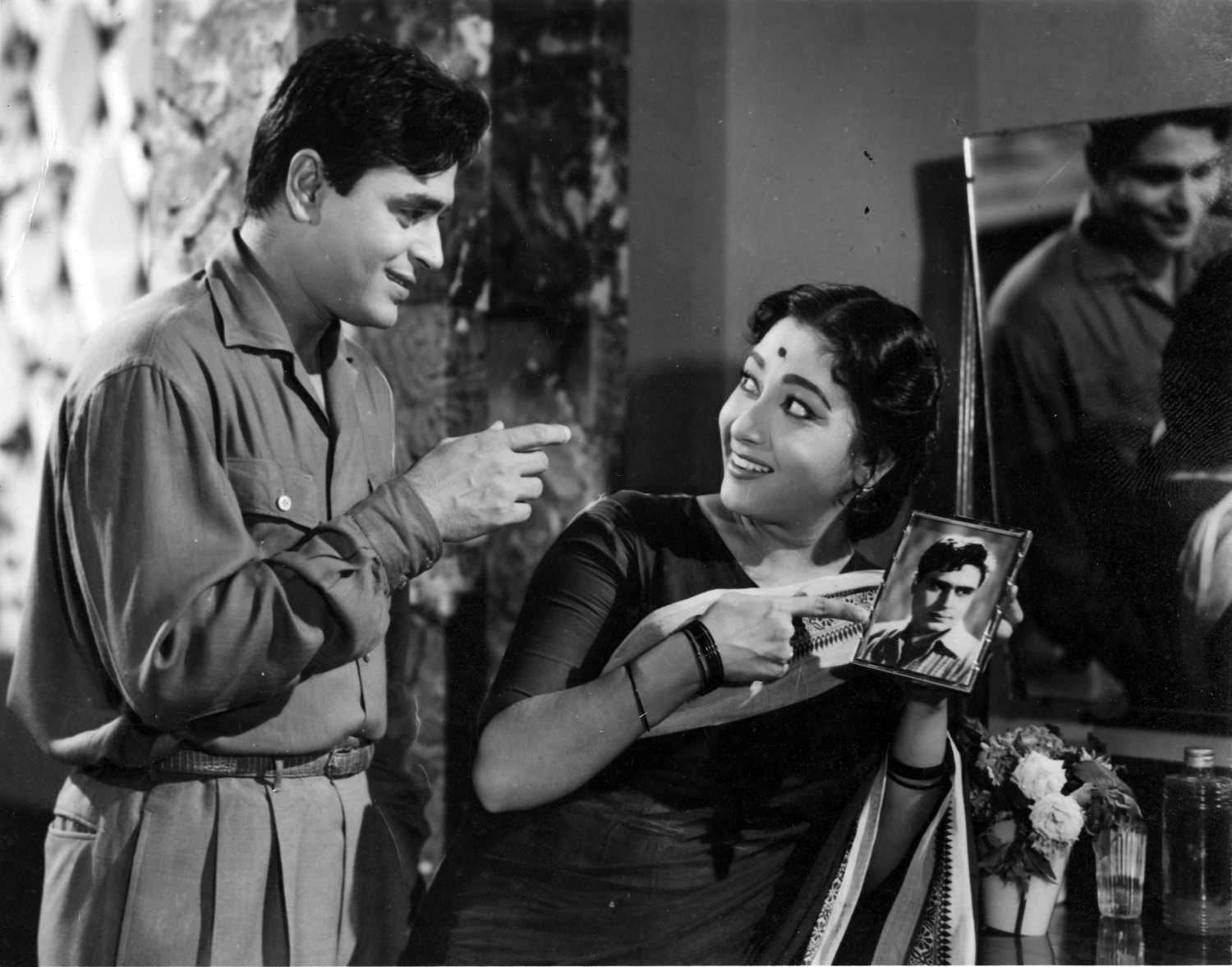 OP Ralhan's Gehra Daag became a hit for its story. Shanker (Rajendra Kumar) kills a man who attempts to rape his elder sister and is sentenced to 10 years in prison. His good behaviour leads to him being released early. Once out, he realizes that the world is not very forgiving and the stamp of a convict will stay with him wherever he goes.

The film was about a second chance at life. It questioned why society sees only shame and danger when it looks at a convict. The writers of the film kept Shanker's character realistic. He is not a macho man, beating his chest and pronouncing that he saved his sister's izzat. Instead, Shanker repeatedly says he regrets killing a man, and looks to atone for his sin.

Rajendra Kumar particularly shone in one scene. Leaving the past behind, Shanker decides to marry Shubha (Mala Sinha). It is then that Shanker learns that Shubha is the sister of the man he had killed. He confesses to Shubha and her mother. Expectedly, they ask him to leave. While on his way out, Shanker meets his jailer (Manmohan Krishna) and delivers a heartrending scene. 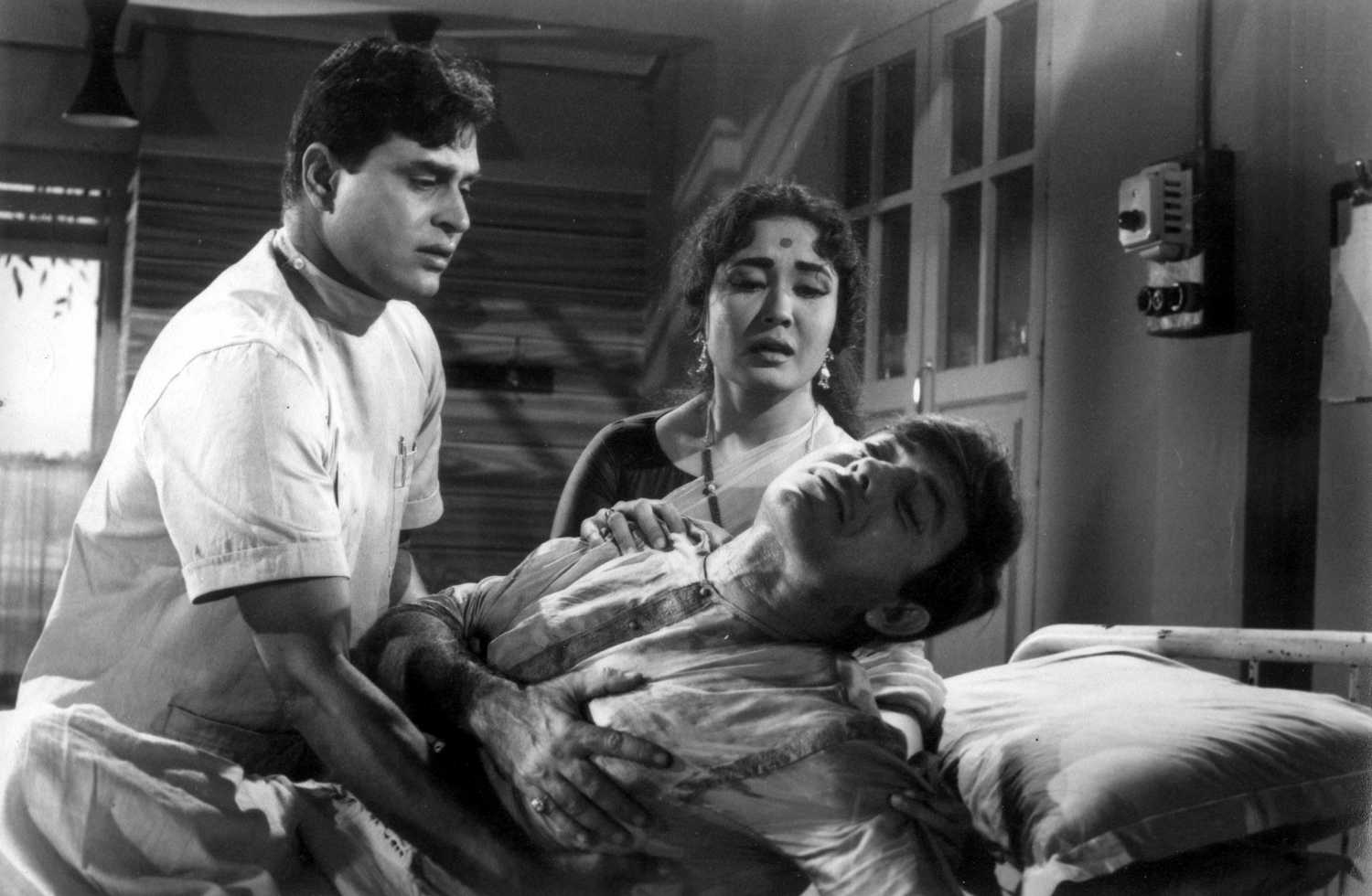 CV Sridhar's Dil Ek Mandir was a superhit romantic drama featuring three big stars of the time — Meena Kumari, Rajendra Kumar and Raaj Kumar. This was a different take on a love triangle. Sita (Meena Kumari) is happily married to Ram (Raaj Kumar), but the happiness comes to a sudden halt when Ram is diagnosed with cancer. He is being treated by Dr Dharmesh, Sita's former lover. While Dharmesh is trying his best to save Ram, Sita is sceptical of his intentions.

The names of the characters themselves explain their roles. Ram and Sita, taken after the protagonists in the epic Ramayana, make for the ideal couple, while Dharmesh is the righteous one. Dharmesh loves Sita but believes in doing what is right. In fact, he loses his life while saving Ram. Rajendra Kumar was a pro in playing righteous characters and, needless to say, he excelled in this film too. 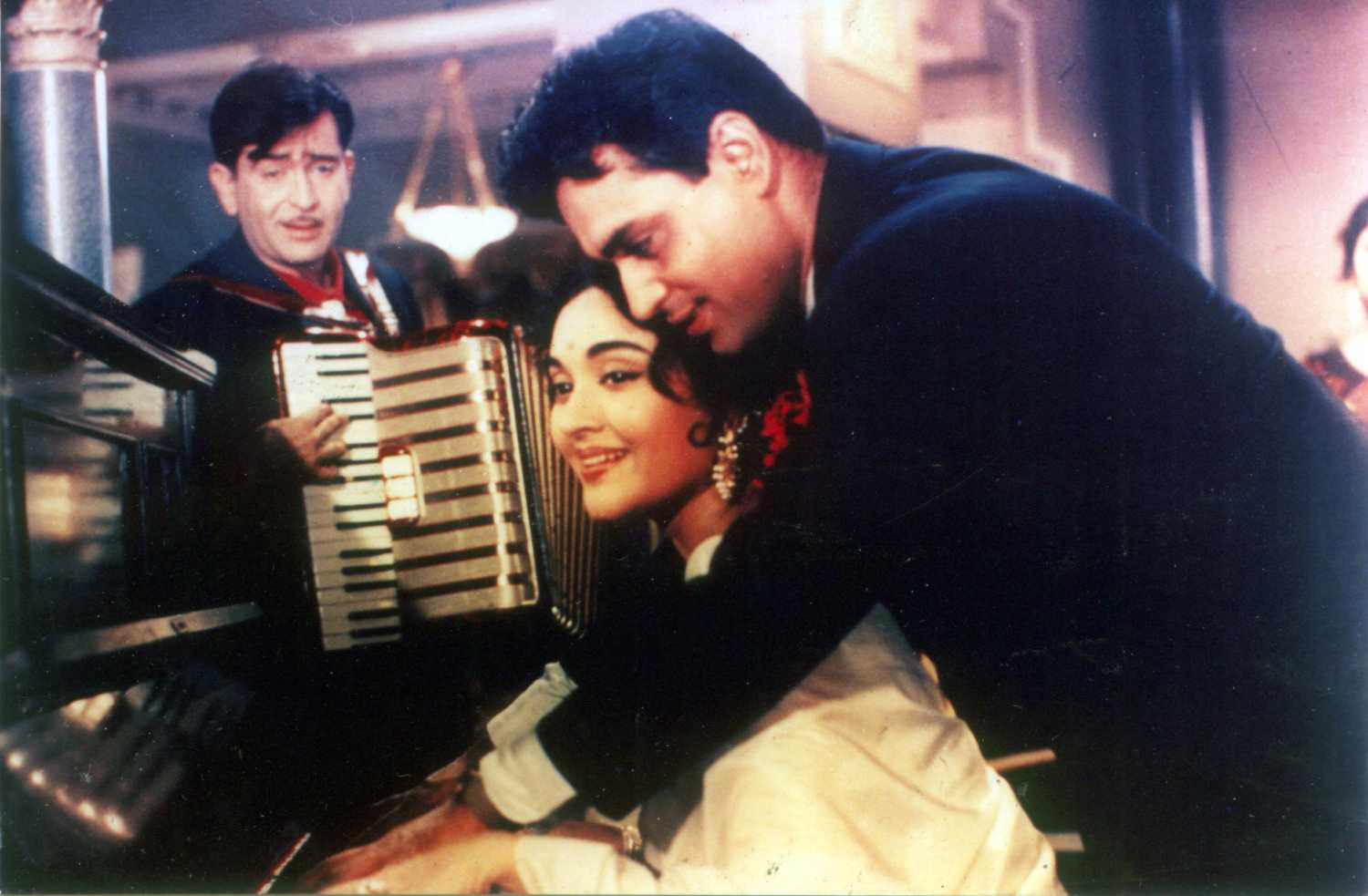 In Raj Kapoor's Sangam, Rajendra Kumar played Gopal Verma, friend of the hero (Kapoor) and lover of the heroine (Vyjayanthimala). This equation might sound skewed and present Gopal as the antagonist. But this is what makes Kapoor's film different from other love triangles. Sunder Khanna (Kapoor) is crazily obsessed with Radha (Vyjayanthimala) and does all he can to woo her. Gopal is Sunder's best friend and though he, too, loves Radha, he helps his friend to impress the woman.

Rajendra Kumar's Gopal is a soft-hearted, soft-spoken person, while Sunder is loud, mischievous and instinctive. Though Kapoor was a 40-year-old man when he made this film, he played his character to the T. Rajendra Kumar, five years younger, was the best choice for his role. Interestingly, actor Dilip Kumar was Kapoor's first choice to play Gopal. However, the tragedy king of Hindi cinema refused the part. 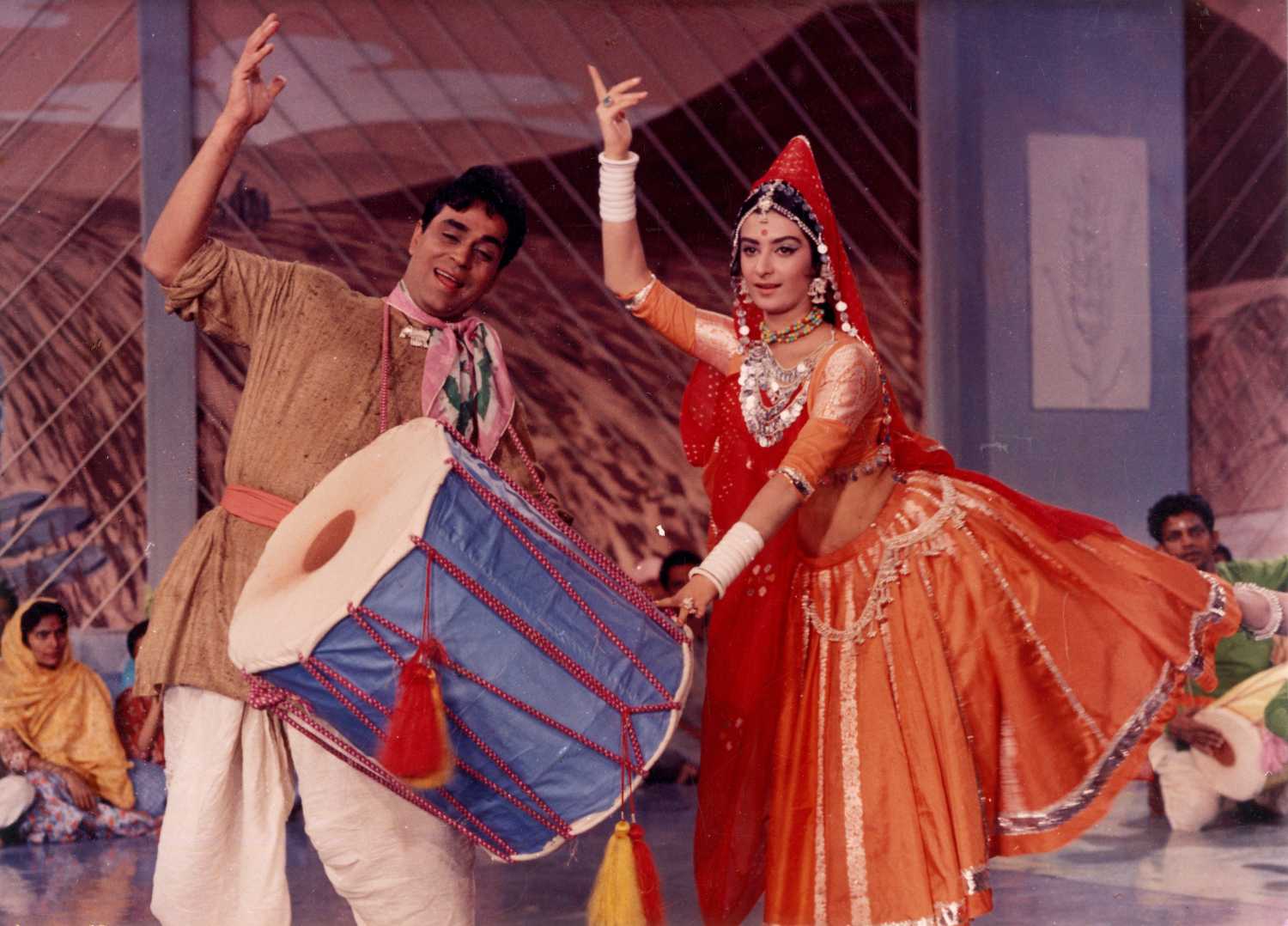 Mohan Kumar's Ayee Milan Ki Bela was an emotional rollercoaster ride that had drama, melodious songs and a big twist. Two fraternal twins are separated at birth but end up loving the same young woman when they grow up. While Shyam (Rajendra Kumar) is a poor, plain and honest man, Ranjeet (Dharmendra) is rich and insecure.

It is no surprise that Rajendra Kumar was chosen to play Shyam, for his on-screen image was similar to the character he played in Ayee Milan Ki Bela. And as expected, he did not disappoint. 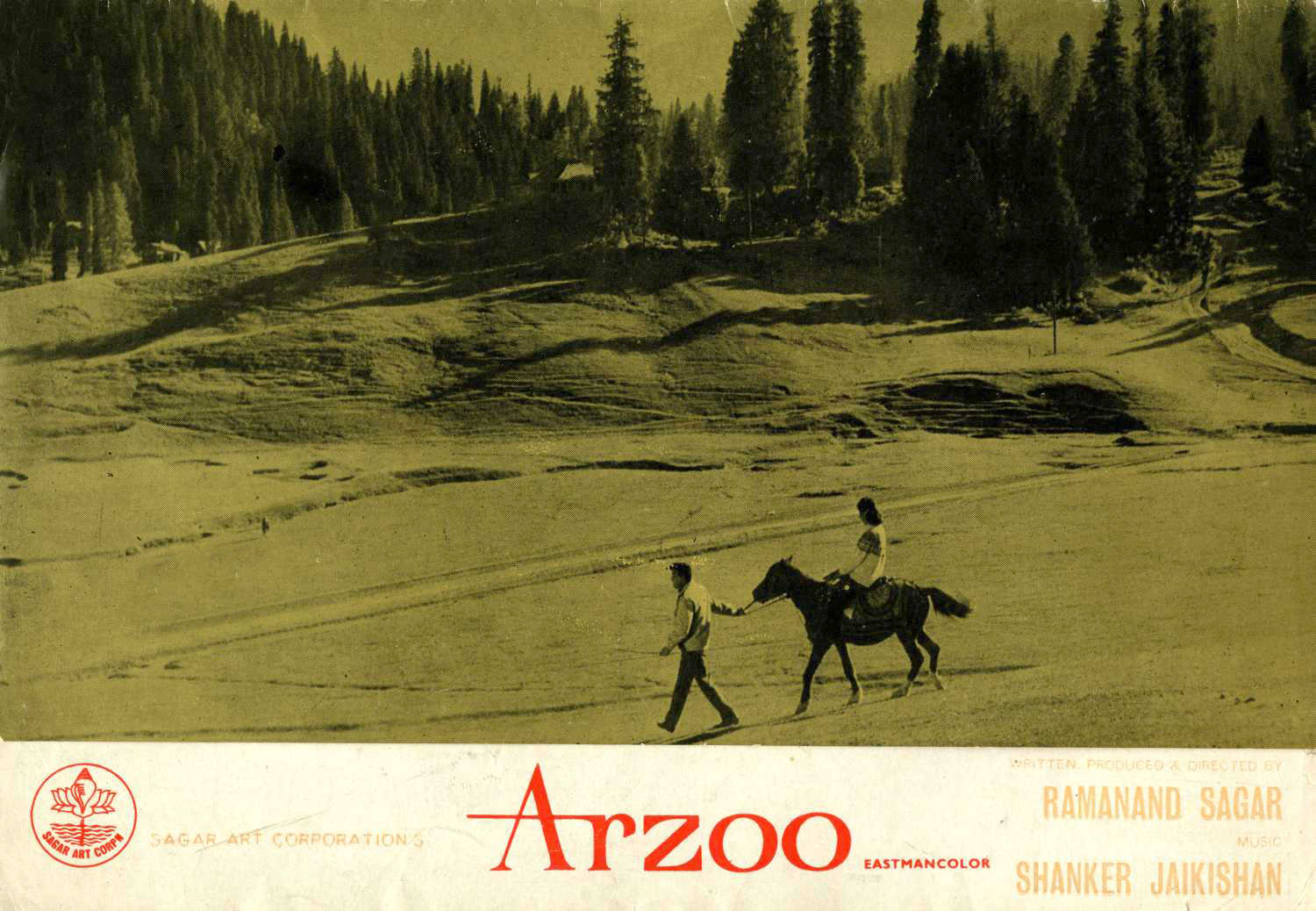 Ramanand Sagar's Arzoo was based on the theme of accepting those with disabilities. Gopal meets Usha as Sarju in Kashmir and they fall in love. During one of their rendezvous, Usha tells Sarju she hates the disabled. She thinks death is better than leading the life of a person with disability. The lovers depart with the promise to meet again. However, Sarju meets with an accident and loses a leg. Thinking that Usha will hate the very sight of him, he avoids meeting her.