On the crossover star’s 36th birthday, an excerpt from Aseem Chhabra's book, Priyanka Chopra: The Incredible Story of a Global Bollywood Star, examines how she worked hard on her roles. Here, director Bhardwaj details their close working relationship on 7 Khoon Maaf (2011).

Priyanka Chopra: The Incredible Story of a Global Bollywood Star is the second book out within a month that focuses on the life and career of the actress who, incidentally, has announced that she will be writing her memoirs titled Unfinished.

This latest look into Chopra's life is by film journalist and film festival programmer Aseem Chhabra. Chhabra has previously written on the life of the youngest of Prithviraj Kapoor's sons with Shashi Kapoor: The Householder, The Star.

In Priyanka Chopra: The Incredible Story of a Global Bollywood Star, Chhabra details her journey from the small-town girl who gained overnight stardom when she became Miss World at 17.

Since her beauty pageant win, Chopra has gone from strength to strength, becoming a movie star, trying her hand at singing, and making films under her own banner, Purple Pebble Productions.

Chhabra takes in the life and mind of the actress at several stages of her career from people who have known her best — her colleagues, co-stars and team.

In this excerpt, one such close collaborator, filmmaker Vishal Bhardwaj, talks about how he cast Chopra in the thriller 7 Khoon Maaf (2011), adapted from Ruskin Bond’s short story, Susanna’s Seven Husbands, after working with her in a supporting role in Kaminey (2009).

It was evident to the director how hard the actress worked to mould herself to her roles. He knew she would be able to tackle the difficult role of a woman who marries seven times, leaving dead husbands in her wake. The excerpt follows: 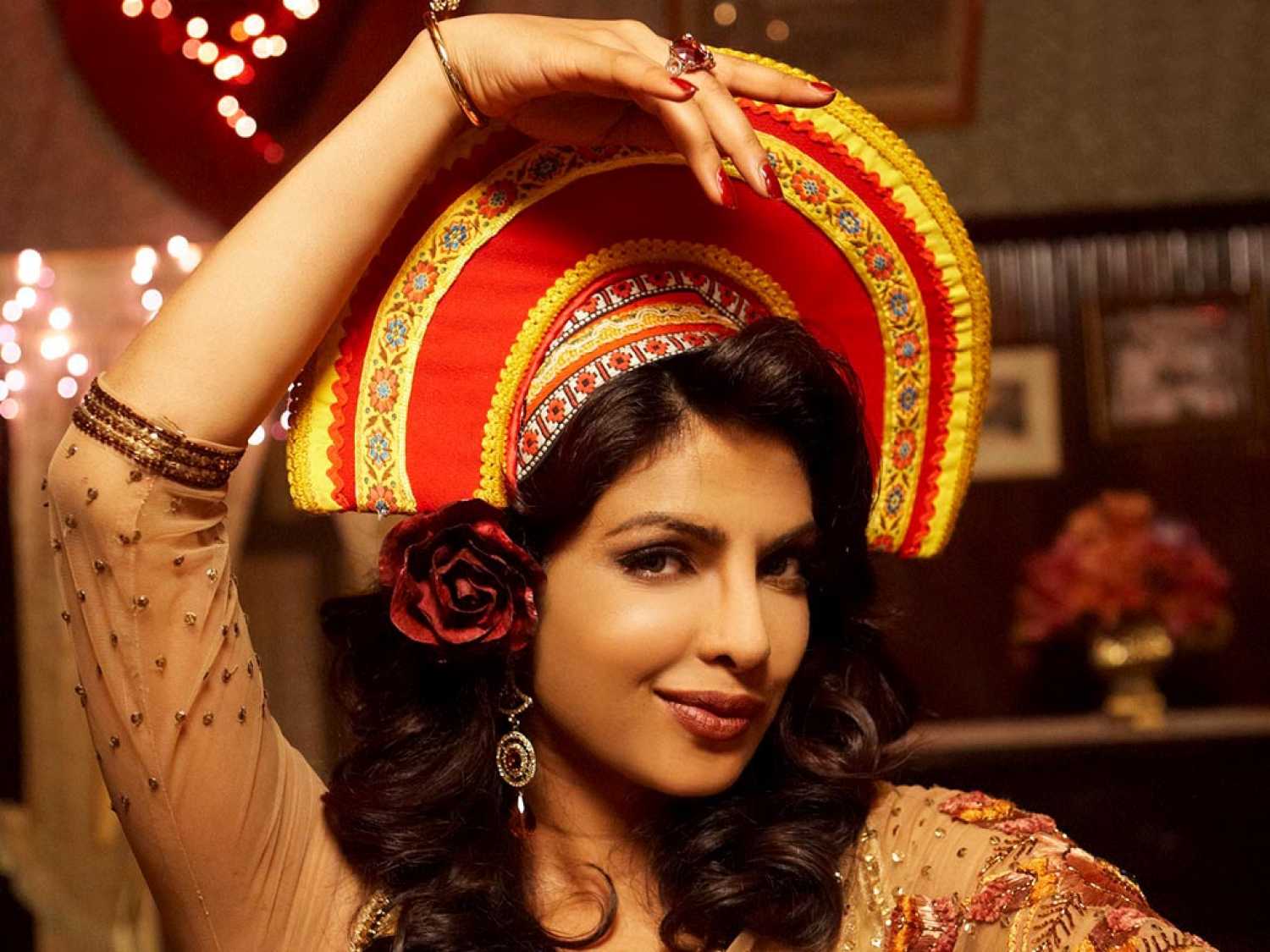 It was because of Priyanka’s dedication that Vishal also offered her the lead role for one of his most challenging films, 7 Khoon Maaf (2011). The role of Susanna Anna-Marie Johannes — a woman who murders her six husbands — was very tough, definitely one of the toughest roles Priyanka had done. In addition to playing opposite several different actors — Naseeruddin Shah, Irrfan Khan, John Abraham and Annu Kapoor among others, Priyanka had to also age in the film, from a teenager to a mature woman in her 60s. 'She was very apprehensive, very nervous to do that,’ Vishal says. ‘There was a concern whether she will be able to pull it off.’ So there was a lot of prep work and then at some point, Vishal asked her to be spontaneous in her performance.

‘Priyanka actually became a part of the direction unit,’ Vishal adds. ‘She knew everything that was happening, what we were doing with the other actors. She used to come to our office and spend time with us. I have worked with many other actors. Movie stars usually live in their own world. Once the shift is over and they are done for the day, they have another life. Priyanka is very different. When she is in a film, she is your best buddy, your best assistant, she is like a spot boy. So she’s available to you 24 hours. That is her job and she makes it her own, sometimes more than me. I would have to sometimes tell her that I was the director, it was my film and I knew my job. And then she would go, “Oh, sorry, sorry”.’ 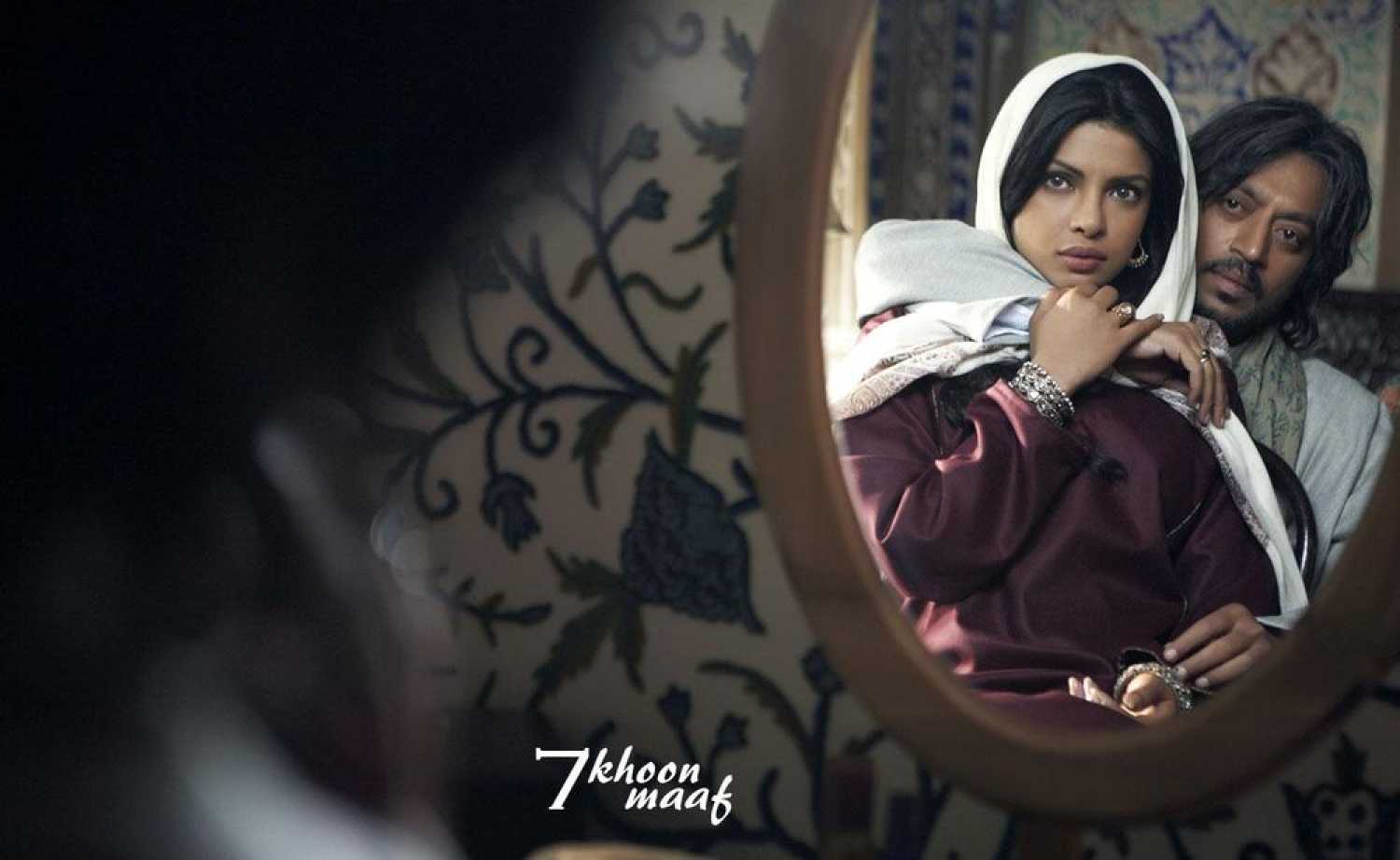 But Priyanka’s biggest challenge was the day she shot the sex scene with Irrfan — playing a charming poet with a dark side. He is physically abusive while engaging in sex. ‘Irrfan comes from theatre, he could transform into a monster, but Priyanka has no theatre background,’ Vishal says. ‘She was very afraid of how she would react to the physical abuse. I told her first drop all your inhibitions. Think like a master. Don’t think otherwise. I was once told that, “Seekho to shagird ki tarah, karo to ustad ki tarah. Karne ke time apne aap ko ustad mano [Learn like a student, but when you perform, be a master. While doing the work, consider yourself a master].” I told her that she should consider herself an ustad like Meryl Streep in Irrfan’s presence. That gave her the confidence. And she matched Irrfan in the scene.’

Vishal Bhardwaj says that Priyanka’s evolution as an actor is remarkable, ‘Hard work, and never being too happy with her work. She is always stretching to do better. If I suggested that she could change slightly, she would start to feel low, that she should have herself thought of it for her character. These things make you work. Then next time you go on the set, you know you have to keep working and not become too complacent.’

And then there is Priyanka’s love for food. ‘Khane ki bahut shaukeen hai woh [She loves food],’ Vishal says. ‘Bhagwan ne usko kya metabolism diya hai [God has given her an amazing metabolism]. Usually, actresses will bring their boiled food for lunch. Priyanka will bring samosas, kachoris to the set. And the fat never makes its way to her body.’ 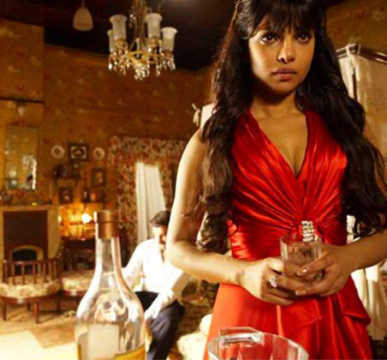 During the climax shoot of Kaminey, the crew was standing right next to a bakery. ‘When we got to the set in the morning, she smelled freshly baked bread and she went straight to the bakery. She is such a foodie.’

Vishal also reminisces about his friendship with Priyanka. ‘I developed a great rapport with her,’ he says. ‘I have never had such a great rapport with any actor as I had with Priyanka. I have done three films with Pankajji [Kapoor], so I guess the second actor is Pankajji. But still it was never the way I connected with Priyanka. I have never had this much fun working with any other actor. She is still my only friend in the industry. She is so good and she is a very intelligent actor.’

Excerpted from Priyanka Chopra: The Incredible Story of a Global Bollywood Star by Aseem Chhabra with permission from Rupa Publications. The book is available on Amazon and Flipkart. You may also find it at your favourite bookstore.