Birth anniversary special: 10 films that had the Sachin Bhowmick touch


On what would have been his 88th birthday, we list some of the master storyteller’s unforgettable films, adapted according to the ages.

The prolific but humble writer Sachin Bhowmick began writing for films with the emotional drama Lajwanti (1958). The screenwriter, in a career spanning nearly five decades, adapted himself well with the times. He made his name with the National Award-winning Anuradha (1960) and continued until the new millennium where he gave voice to India’s first desi superhero, Krrish (2006).

Over the course of his storied career, Bhowmick made lasting partnerships with his directors like Hrishikesh Mukherjee, Subhash Ghai and Rakesh Roshan. His screenplays aided several actors’ career. Rishi Kapoor, who worked in Khel Khel Mein (1975), Hum Kisise Kum Naheen (1977), and Karz (1980) once had said, “If ever an actor in the 1960s and 1970s wanted an image makeover we went over to Sachin.”

Indeed, some of Hindi cinema’s greats like Rajesh Khanna and Shammi Kapoor had the biggest hits of their lives with An Evening in Paris (1967) and Aradhana (1969). Bhowmick even took to direction in the 1973 film Raja Rani starring Khanna and Sharmila Tagore. However, his forte was storytelling and he stuck with it until the end. On his 88th birth anniversary, we list some of his unforgettable films. 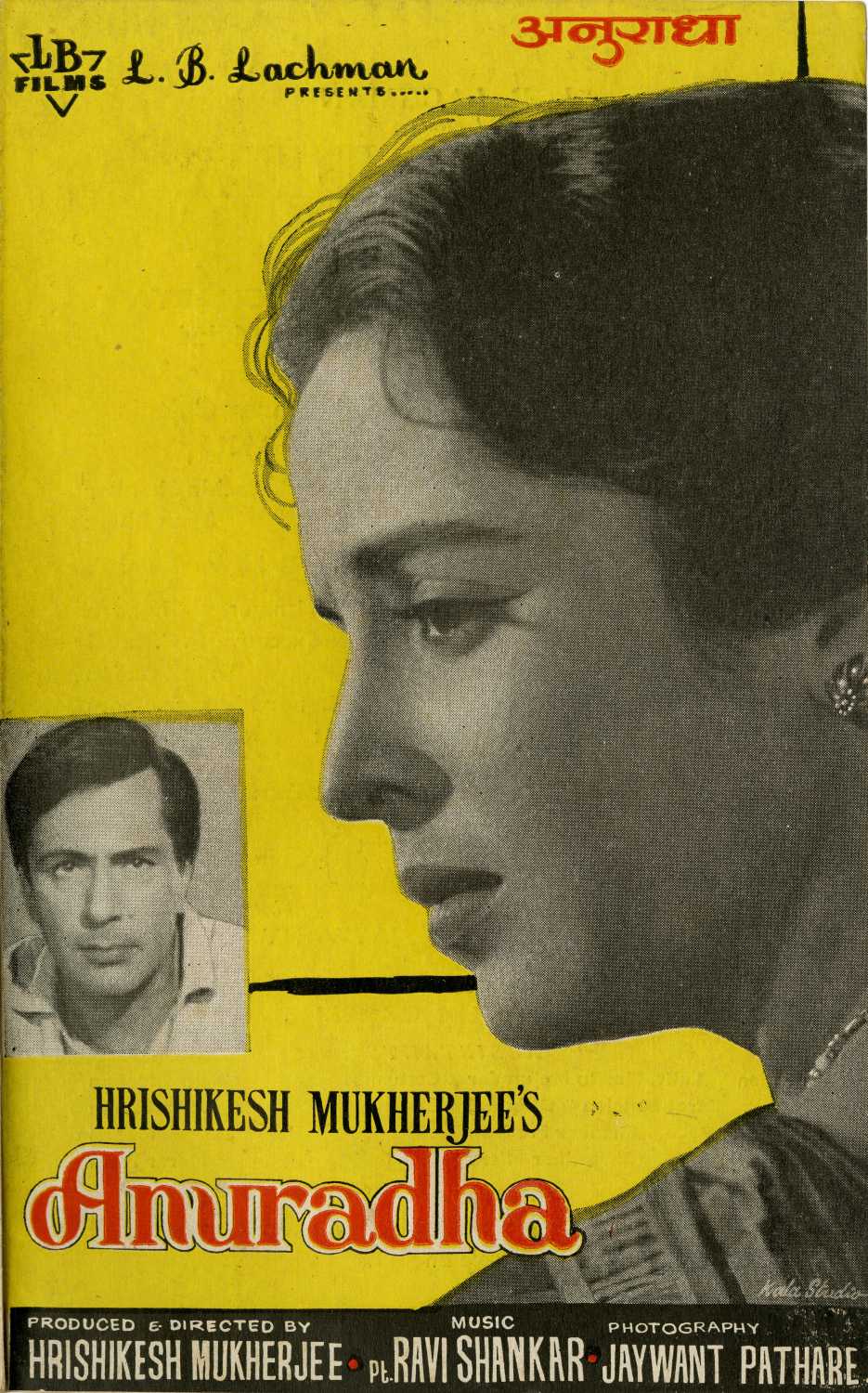 For Hrishikesh Mukherjee’s film, Bhowmick adapted his own short story from the Bengali magazine Desh into the film debut of Miss India Leela Naidu. A quiet marital drama, the story focused on the conflict of a young woman, Anuradha. She is torn after giving up her career in music and being with her husband, a doctor in a small village. The Hindu newspaper called the sensitive film “way ahead of its times”. With music by Pandit Ravi Shankar, the film travelled to the Berlin International Film Festival where it was nominated for a Golden Bear in 1961. Back home, it picked up the National Award for best feature film. 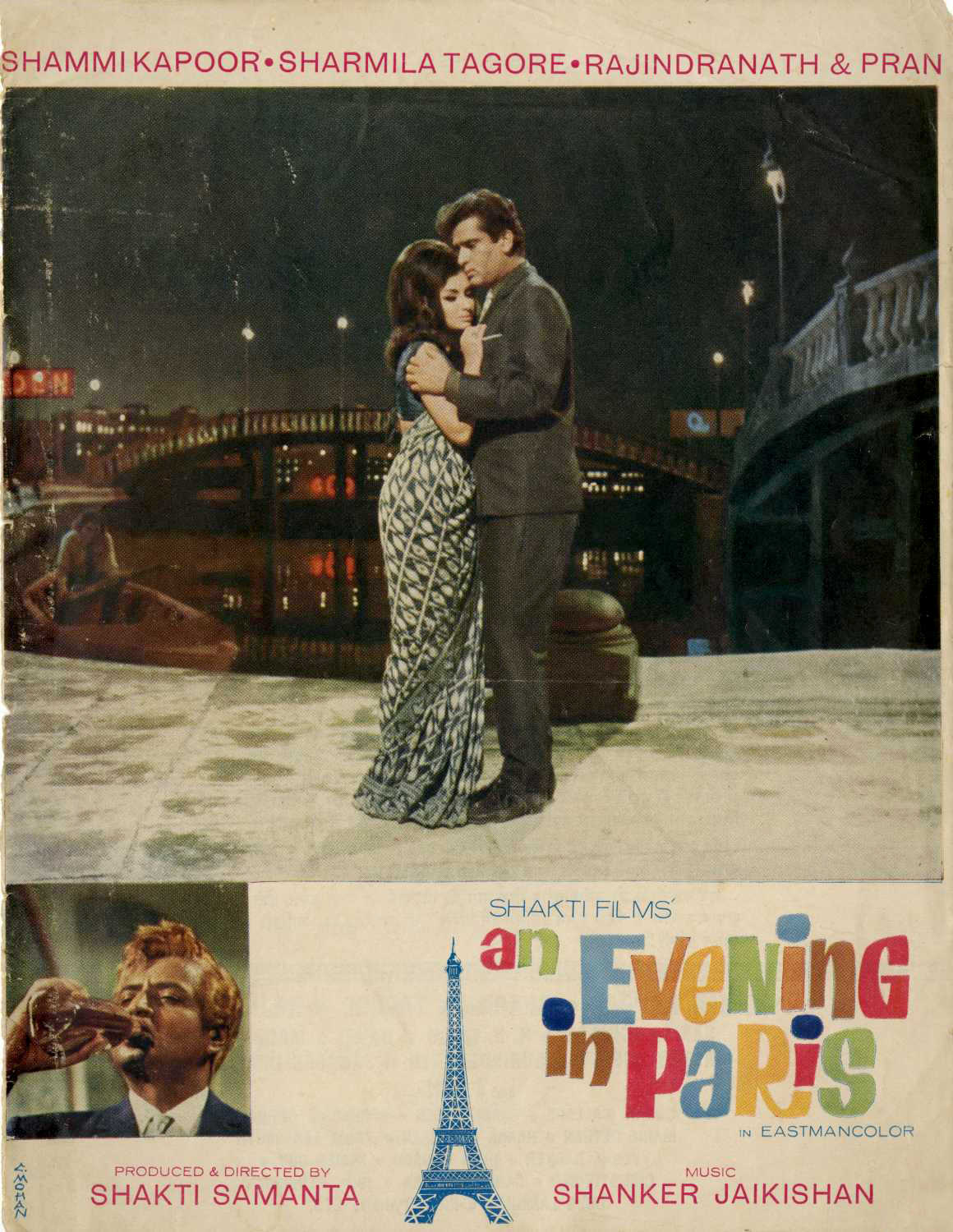 This European romantic thriller by Shakti Samanta had it all. Romance, comedy, villainy and an excellent soundtrack by Shankar-Jaikishan. Starring Shammi Kapoor and Sharmila Tagore, Samanta created a big-budget winner that is still recalled today. Tagore, in a double role as two long-lost sisters, was radiant and Kapoor as the lead uncovers the plot in which two sisters are woven in. Bhowmick revealed that he had travelled to the city of love prior to writing the screenplay. It might be the reason why the city and its key characters feel like they belong. 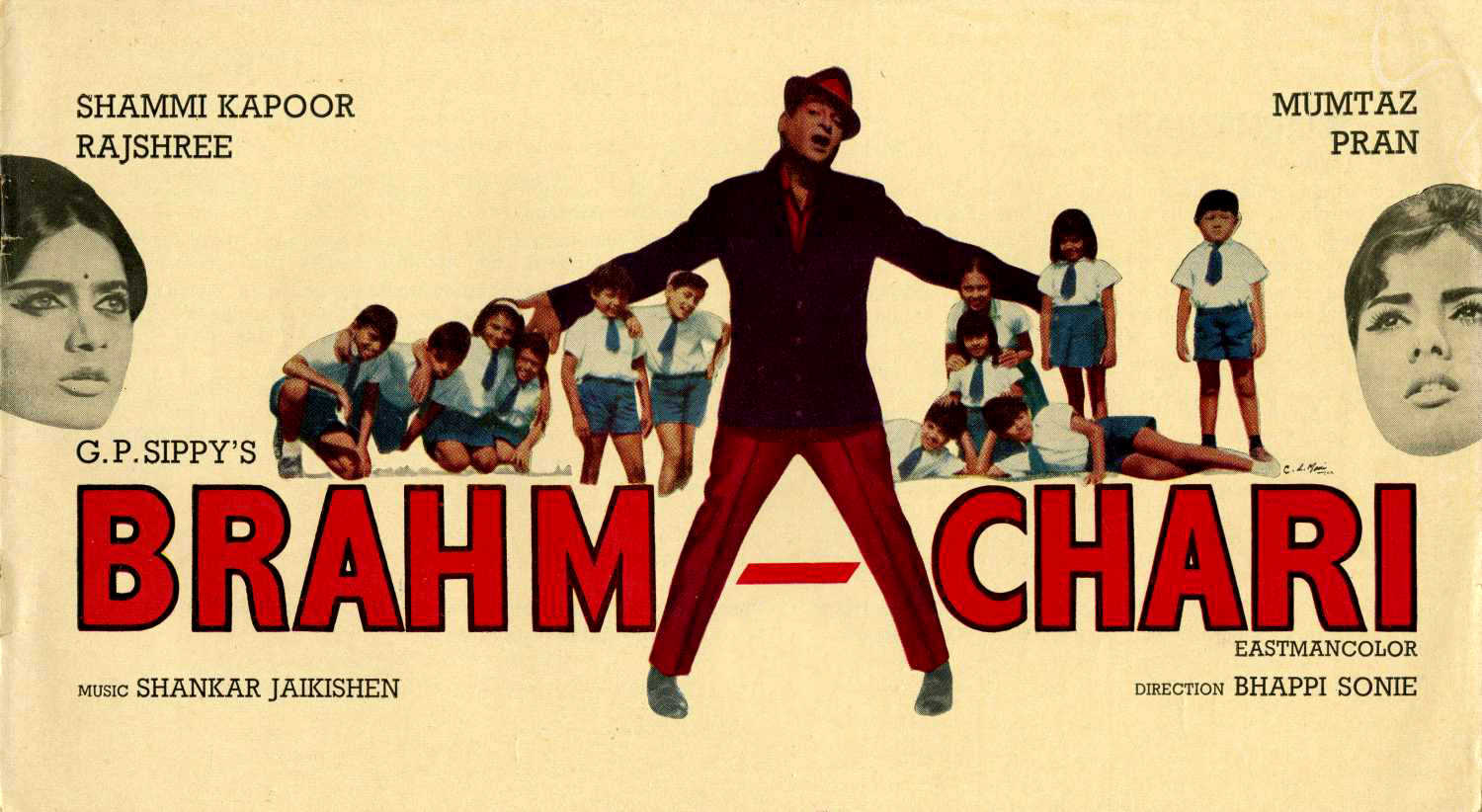 Another Shammi Kapoor starrer, the film was a showcase for him who won the Filmfare award for best actor. The film was also awarded the best film that year. Directed by Bhappi Sonie, Brahmachari had Kapoor as a single man taking care of a dozen or so orphaned children. He somehow gets involved with a young woman about to commit suicide and helps her rebuild her life, falling in love with her. With a fine starcast that also included Mumtaz, Pran and Rajshree, Bhowmick showed off the serious side of Shammi Kapoor and picked up the Filmfare award for best story. 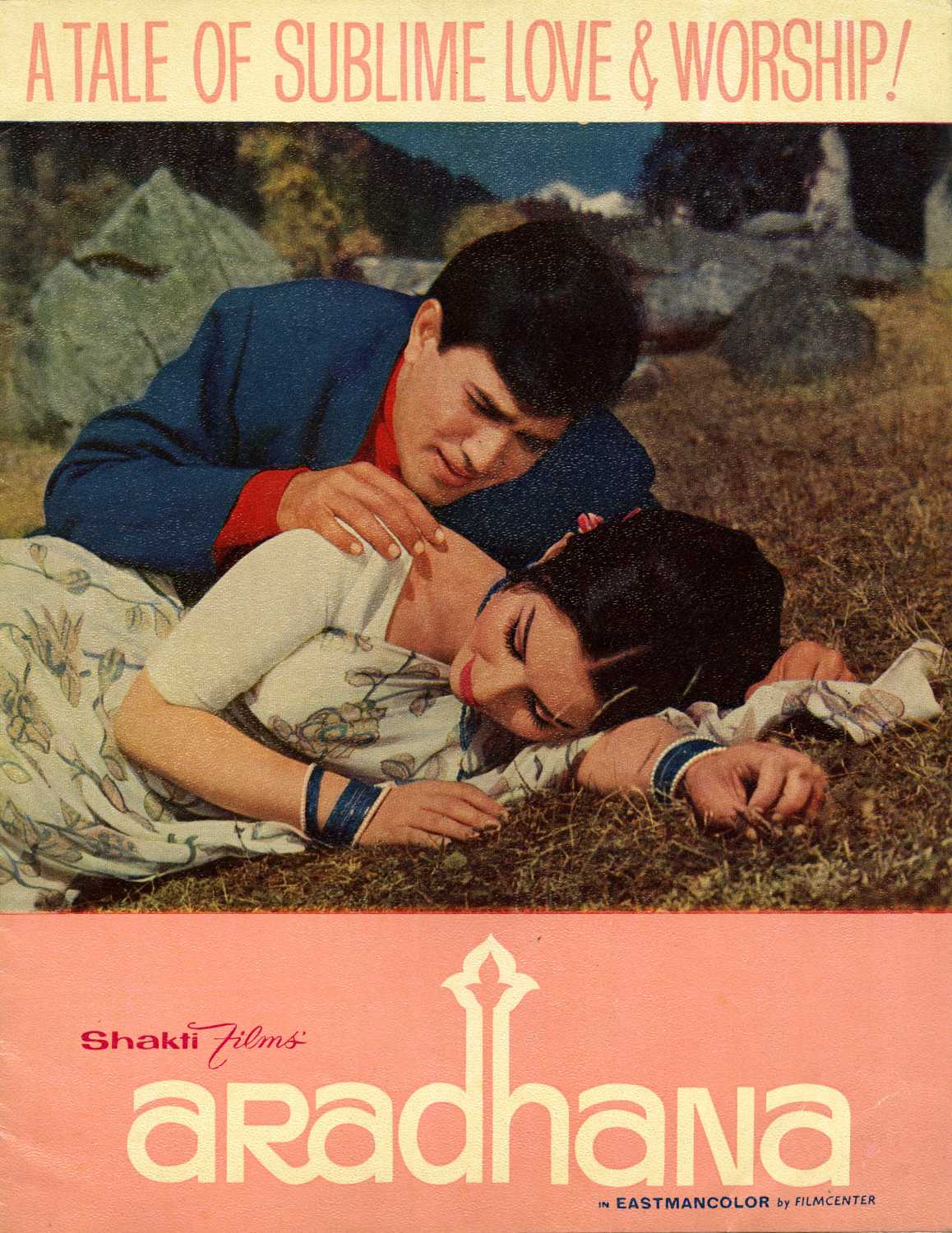 After Shammi Kapoor, it was the turn of actor Rajesh Khanna to get his turn in the limelight. However, while the actor became a breakout star, the film belonged to actress Sharmila Tagore. Aradhana was a female-centric melodrama where a young woman loses her beloved but manages to remain an unknown presence in her son’s life. Aradhana too won the Filmfare Award for best film. Working again with Shakti Samanta, Bhowmick created a classic, highlighted by the wonderful music of the father-son duo, SD and RD Burman.

For the 1971 film, filmmaker Nasir Husain worked with Bhowmick on the screenplay. Husain’s daughter revealed in Akshay Manwani’s book, Music Masti Modernity, that the screenwriter’s strength was that “he had probably read every book in the world and seen every film in the world. His library had all the best-sellers, all the novels and love stories. His mind was like an encyclopaedia.” Therefore, Caravan’s story is similar to the little-known Hollywood film, Girl On The Run (1953).

The superhit film, starring Jeetendra and Asha Parekh, featured Parekh as a young woman trying to escape her father’s killer trying to take over their family fortune after marrying her. She tries to hide amongst a group of gypsies and falls for the driver of the caravan, played by Jeetendra. The music of Caravan is one of the main reasons why the film has endured even now. 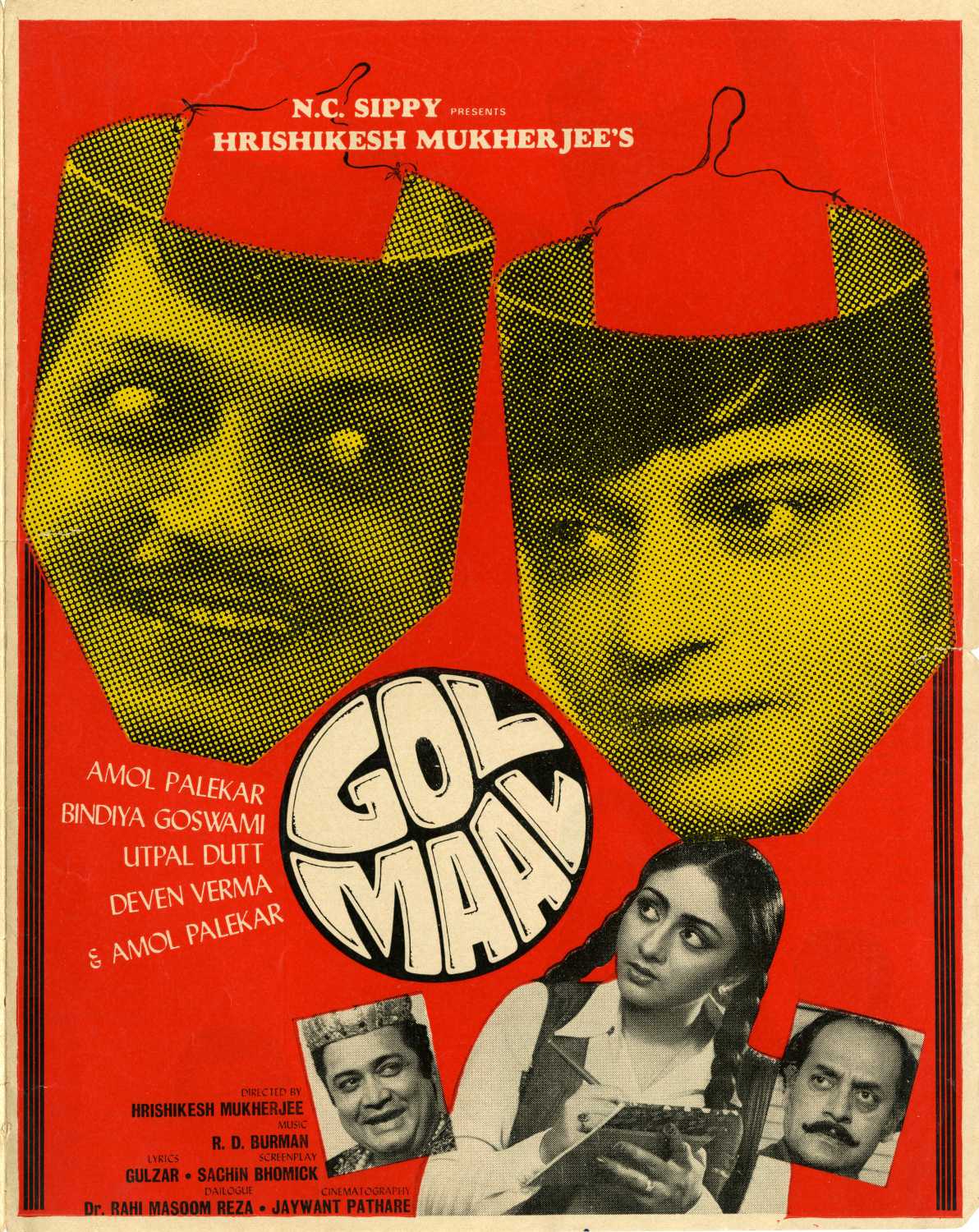 A witty comedy by Hrishikesh Mukherjee, Gol Maal came from the mind of Bhowmick and was enhanced by the dialogues of Rahi Masoom Reza. The modern Ramprasad Sharma (Amol Palekar) goes conservative for a job in Bhavani Shankar’s (Utpal Dutt) firm. However, when he is seen at hockey match by Shankar, after telling his boss he has to take a day off to tend to his sick mother, he concocts up a twin, who is his opposite in every way possible.

The little lie snowballs into a giant scheme as Sharma has to masquerade as his twin brother Laxmanprasad and hire someone to play his mother. Bhowmick laid the foundation for cast and crew to take it to the next level. Gol Maal is a film one can watch at any time, any age, and it can easily bring a smile to your face. 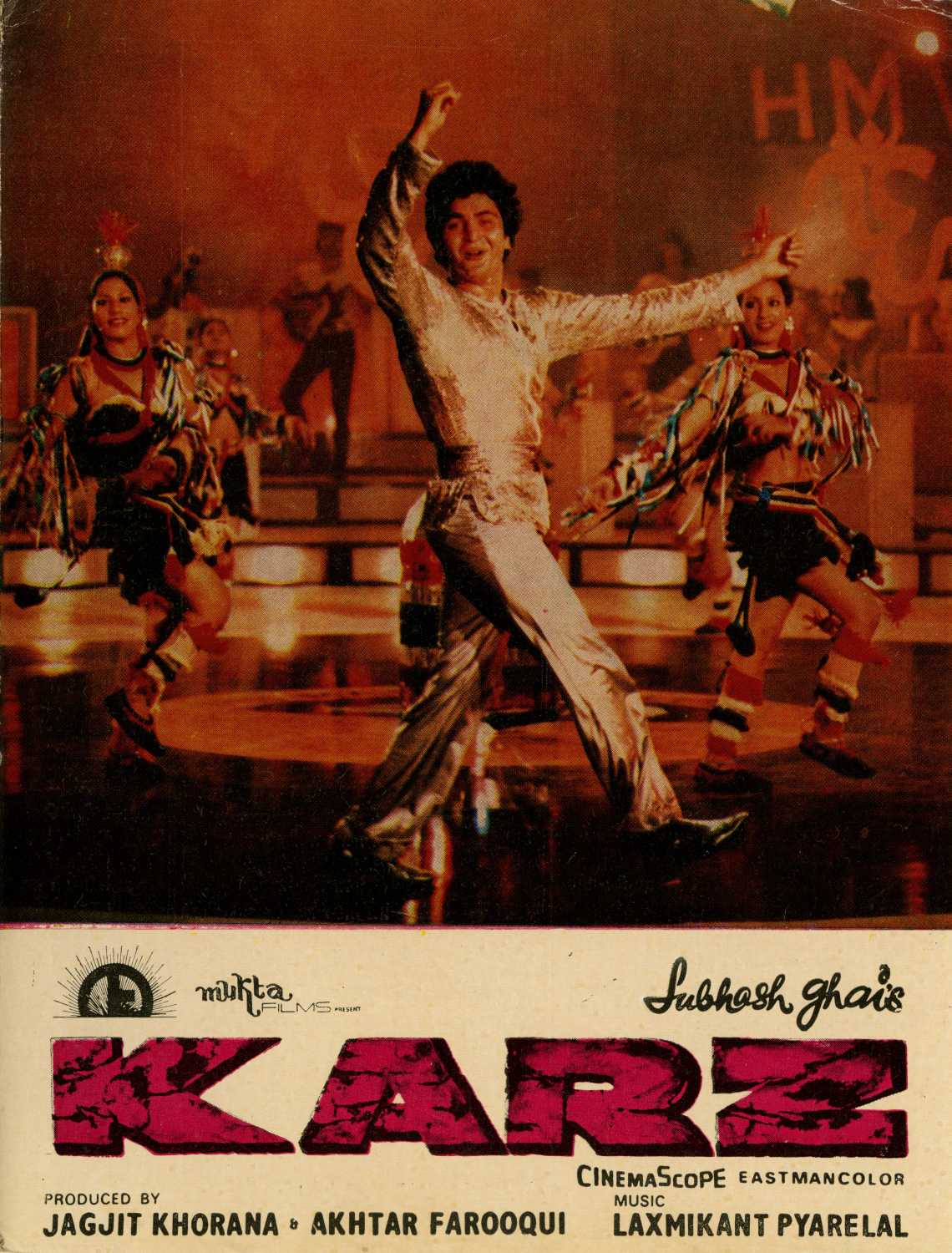 The Reza-Bhowmick combination worked wonders for a film of a different kind for filmmaker Subhash Ghai. A reincarnation thriller starring Rishi Kapoor, Tina Munim (now Ambani) and Simi Garewal was a musical hit which captured the imagination and ears of the delighted audience. Kapoor played pop star Monty plagued by nightmares, which he eventually realizes are memories of another life (as Ravi Verma) when he was murdered.

Garewal, in a pivotal role, is the femme fatale Kamini who cruelly ends Ravi’s life and is brought to justice by an elaborate plan set in motion by Monty and his girlfriend Tina (Tina Munim). Unsurprisingly, the film was inspired by the 1975 film The Reincarnation of Peter Proud. Actor-filmmaker Satish Kaushik remade the Ghai film as Karzzzz in 2008 with Himesh Reshammiya and Urmila Matondkar. 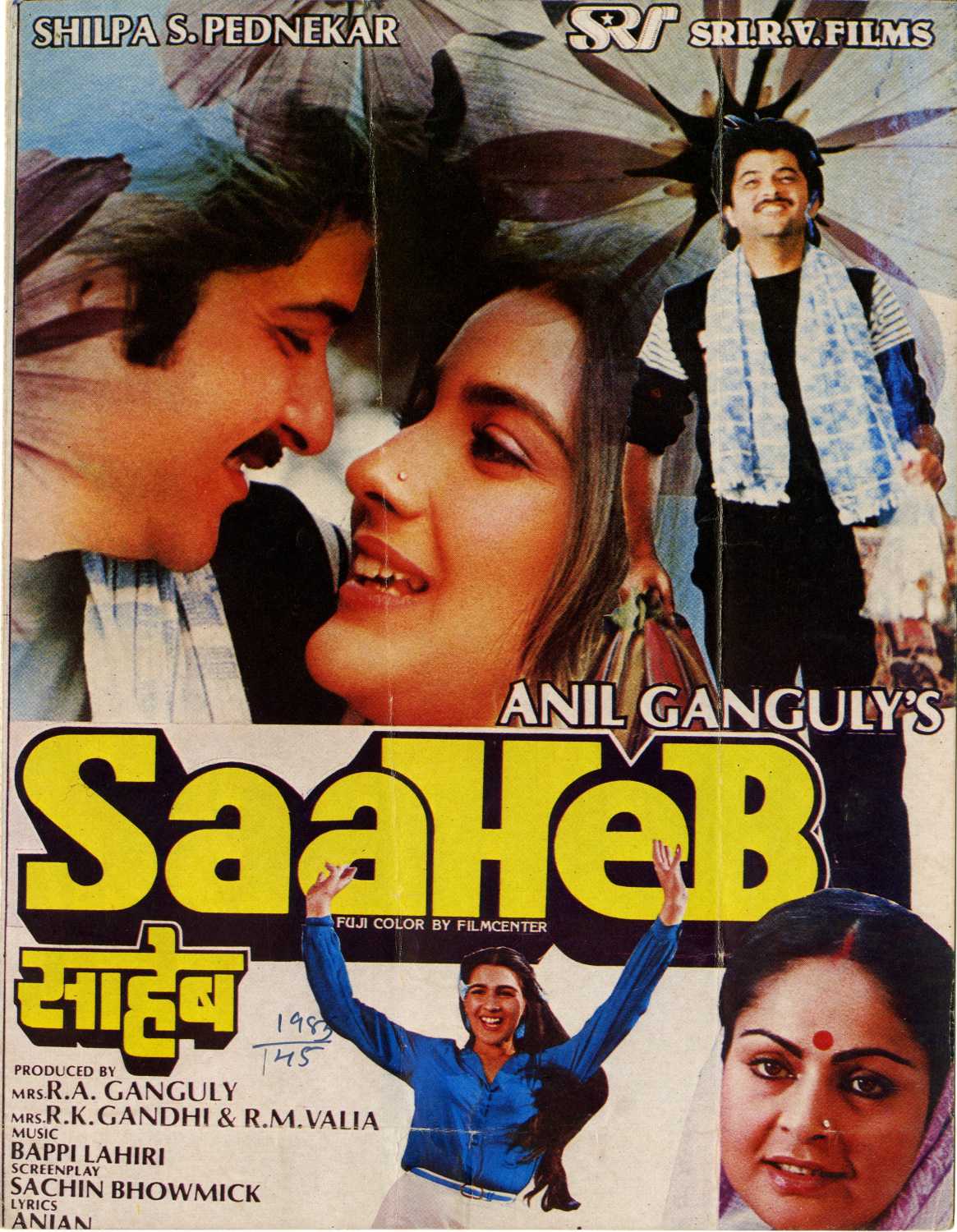 A remake of the Bengali film Saheb (1981) by Bijoy Bose, Bhowmick worked with another Bengali director, this time Anil Ganguly. The family drama was a coming-of-age story of a young man, dismissed by his relatives, who comes into his own by the end of the film. Anil Kapoor had the starring role as the football-obsessed Sunil, fondly known as Saaheb.

Co-starring Amrita Singh, Saaheb had memorable music by Bappi Lahiri. The film has the right amount of drama and emotion. The cast also features Utpal Dutt and Rakhee who turn in sincere performances, but none more than Saaheb’s Kapoor who turns out to save the day, and the film, with his selfless act for his sister.

Like the heroes of the 1960s and 1970s who got a boost by a Sachin Bhowmick screenplay, so did actors Akshay Kumar and Saif Ali Khan with Main Khiladi Tu Anari (1994). The duo got a solid hit with the story which cast them as polar opposites — a straightforward cop and an entitled movie star. They must work together to take down the gangster Goli (Shakti Kapoor) and learn to tolerate one another in the process. The action-comedy was a positive career move for all involved, and had hit music from composer Anu Malik. 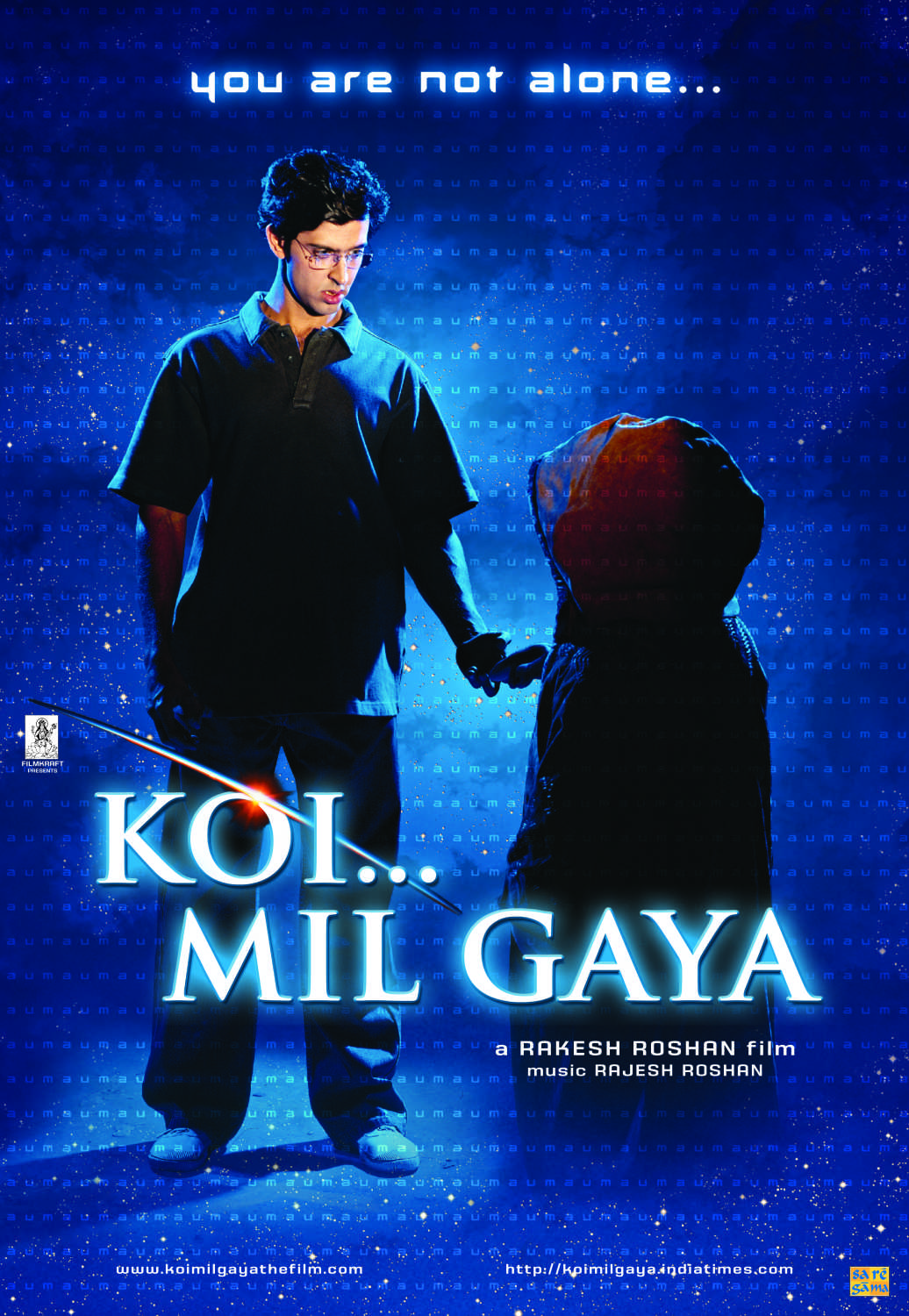 During the latter stage of his career, Bhowmick worked with actor-turned-filmmaker on a number of projects from Karan Arjun (1995), Koyla (1997) to Krrish (2006). The one that really took off was Koi… Mil Gaya, obviously inspired from Steven Spielberg’s E.T. the Extra-Terrestrial (1982), which went to launch the first homegrown Indian superhero Krrish.

The first film in the franchise, Koi… Mil Gaya (2003), was a family film that brought in focus the special friendship between Rohit (Hrithik Roshan) and Jadoo, an alien. The film was built around Rakesh’s son Hrithik who showed off all he could do in the film. The veteran screenwriter collaborated with Rakesh, Honey Irani and Robin Bhatt, on the sci-film film. His last film before he died on 12 April 2011 was Krrish (2006).