The actress, who comes from the industry's other well-known Kapoor khandaan, talks about 'earning the love' of viewers with her first film Dhadak and proving with hard work that she deserved the opportunity.

Friday, 20 July, will see the debut of one of the most popular star kids in recent times, Janhvi Kapoor, alongside another film family actor Ishaan Khatter.

Dhadak, a remake of Nagraj Popatrao Manjule's Marathi blockbuster Sairat (2016), has been directed by Shashank Khaitan, who comes on the back of two hits in Humpty Sharma Ki Dulhania (2014) and Badrinath Ki Dulhania (2017).

But his latest, Dhadak, has a lot riding on it. The future of the film's lead cast is perhaps the biggest.

The fact that all eyes are now on her is not lost on Janhvi. As this daughter of producer Boney Kapoor and the late actress Sridevi walks into a room filled with journalists, she says a polite 'hi' and plonks herself on the chair, both legs folded up. She comes across as slightly nervous yet comfortable. The media and the attention isn't new to her. And she is much less coy than she was at Dhadak's trailer launch.

A few minutes in the room and the 21-year-old is cracking jokes, laughing and acting her age. "My mom and dad are both really funny so I get my sense of humour from them," she explains later. “I feel like I haven’t earned the right to speak about myself so much. So it feels a little weird seeing so much of myself, having to talk about myself, and then reading that stuff. It’s a little unnverving, but if it's going to help bring attention to the movie then I am okay,” she says.

Janhvi has been on magazine covers, has walked the red carpet, and has been tailed by paparazzi long before she even signed her first film. This may be her first experience with a round of promotional interviews for a movie, but she is certainly not new to attention, though she believes she does not deserve it, at least just yet.

"Although I am flattered and thankful that I have all this attention, I know I have done nothing to deserve it," she says. "Hopefully, after the film, people appreciate it enough and appreciate me enough, then I’ll probably feel that I have earned a little bit of it. But as of now, I know it's not me. I shouldn’t get attached to it or take it too seriously.” 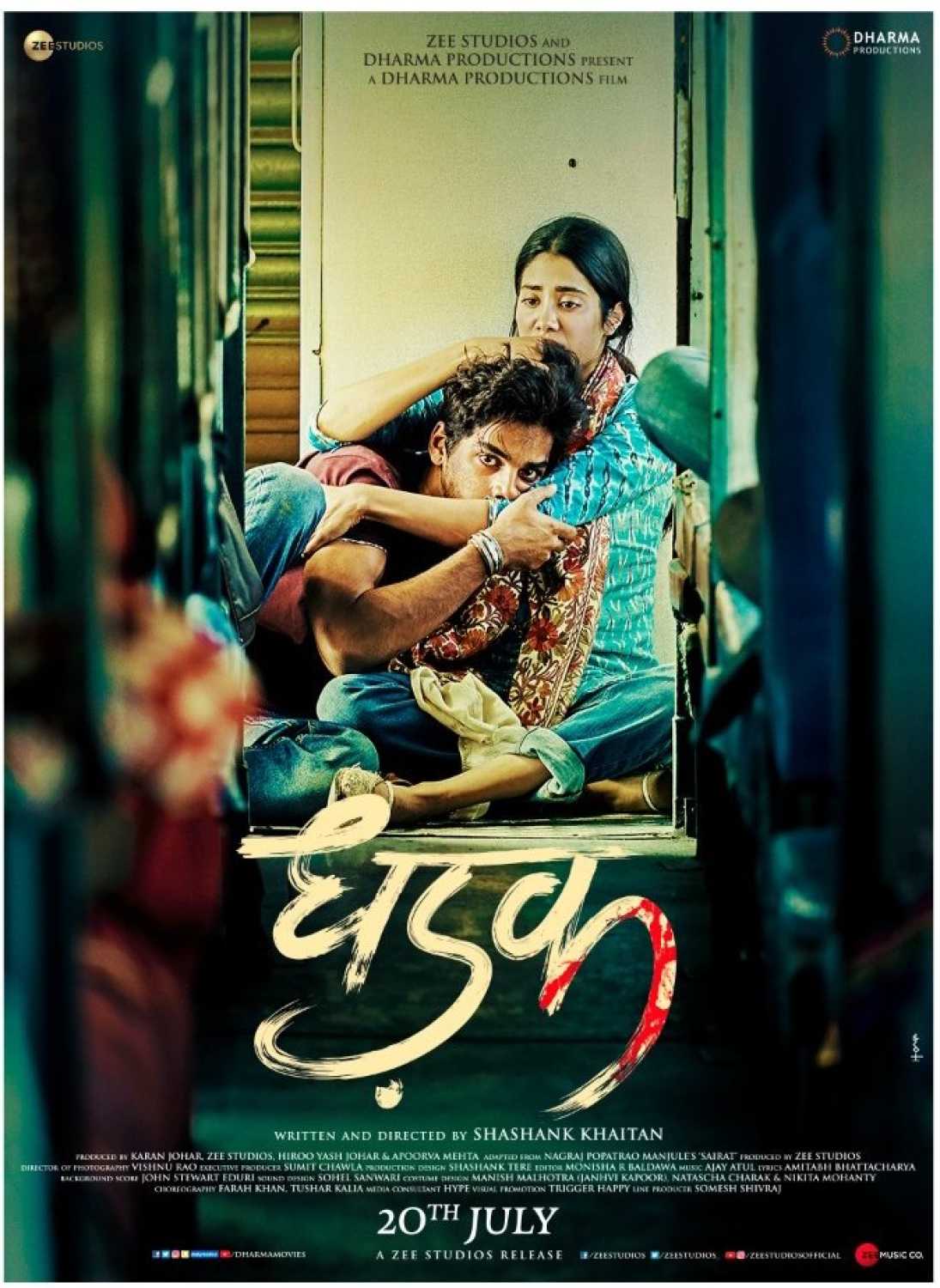 The attention heaped on her through her teenage years is proof that even though many cinema-goers have shown disdain towards the nepotism rampant in the industry, many others are only too happy to lap it up on social media and online galleries. Janhvi has been followed to the gym, clicked at airports, and discussed for her fashion sense even before people caught a glimpse of her on screen.

Janhvi, who comes from the other Kapoor khandaan that has many members in the film industry in some form or the other, also seems to be aware of the fact that a lot of people are viewing her as a star kid who did not have to work hard to get a huge break from one of the country’s biggest studios — Karan Johar’s Dharma Productions.

Her take on the issue of nepotism has been the most refreshing so far, as she accepts that she got it easy, and does not give you the "doctor's children become doctors" argument.

"I understand why some people would feel robbed of an opportunity and they would feel that I have been given it relatively easier," she says. "I get it and it's horrible to feel like that because there is a certain amount of struggle that goes into it. So I value this opportunity and I say that I am unbelievably lucky.

"I don’t know what I have done right in which lifetime to get an opportunity like this. And I think it would be wrong to take advantage of what I have, if I was complacent. Or act like it's my birthright to be here. I want to work hard and I want to prove myself and I want to work harder for those people who feel that I have robbed them of an opportunity because it would be unfair for me to even for a second think that I belong here."

"No one does, until you make your own place," she continues. "I am sure there are people much better looking and more talented than me. But why should I sacrifice this opportunity just because there might be other people? I have got the opportunity and what I do with it is most important. I’ll give this my everything. I want to move people with my work. And it's all coming from an honest and genuine place. It’s just coming from a place of love for this craft."

But before setting out to prove to the world that she deserves the opportunity she has got, Janhvi had to persuade her mother to let her follow in her footsteps. Sridevi wanted her daughter to become a doctor. "I was like 'sorry mom, I don’t have the intellect to do these things'. And I was like I will become an actress, but don’t worry I will play a doctor," she laughs.

"Mom was like I worked this hard so my children could have it easy. But I think I wanted a fulfilling life and that meant a lot. I don’t think I would have been a happy person if I had lived off of what my parents gave me," she says.

It was perhaps Sridevi's "colourful" and "funny" bedtime stories from the set that played a part in inspiring her daughter to walk in her footsteps.

"Mom’s struggle was never to prove herself because she started off as a child," she says. "It was more like I had 103° fever, but I was dancing in the rain. My co-star was burping, but I was pretending to be in love with him on screen.

"She painted such a colourful world, but she was so unattached or so unamused by these worldly experiences that she had. She surrendered herself completely to be our mother and dad’s wife after a point, I think, despite all these experiences she had had."

So far the young actress has lived in the reflected glory of her mother, who passed away earlier this year. And Sridevi's biggest fear was that Janhvi would be unfairly judged for being her daughter.

“Maybe I got the opportunity easily and I recognize that. Acting isn’t easy. Her [Sridevi's] fear came more from the fact that she kept worrying a lot about the comparisons. She would say 'I have done 400 films, this is your first, but they will compare my 400th film to your first. But I told her, 'No mom, I’ll work hard and all.' So I was very idealistic and naive about the whole thing. But now I am beginning to understand that some people do pay heed to all these comparisons and they have such expectations," says Janhvi.

In Dhadak, Janhvi will be seen playing the role of Parthvi, a rich girl from a royal family in Udaipur, Rajasthan, who falls in love with Madhu, a boy from a so-called lower caste and class. The debutante says she followed the instructions of her director and did not have to dig deep to get his approval when she shot the scenes.

"There is an emotional journey of my character and somehow I loved that," she says. "I remember these emotional scenes came easier to me than the lighter scenes. I don’t know if it was because I became more familiar as shooting progressed, but I realized I was having more fun exploring situations in the second half than the first half. Yes, it was challenging, but it was fun."

Speaking about her co-actor, the 21-year-old says, "Ishaan has a lot more finesse as an actor, but I think both of us really became attached to Udaipur. It has actually become home for us. We spent so much time there. I really think I was in love with Madhu. So there was a genuine sense of attachment.

"So in the film when we shift, the feeling of missing Udaipur was real for me. Whatever troubles we were having as Parthvi and Madhu were real to me. There wasn’t that much that I had to dig into because it was all there and it felt real." 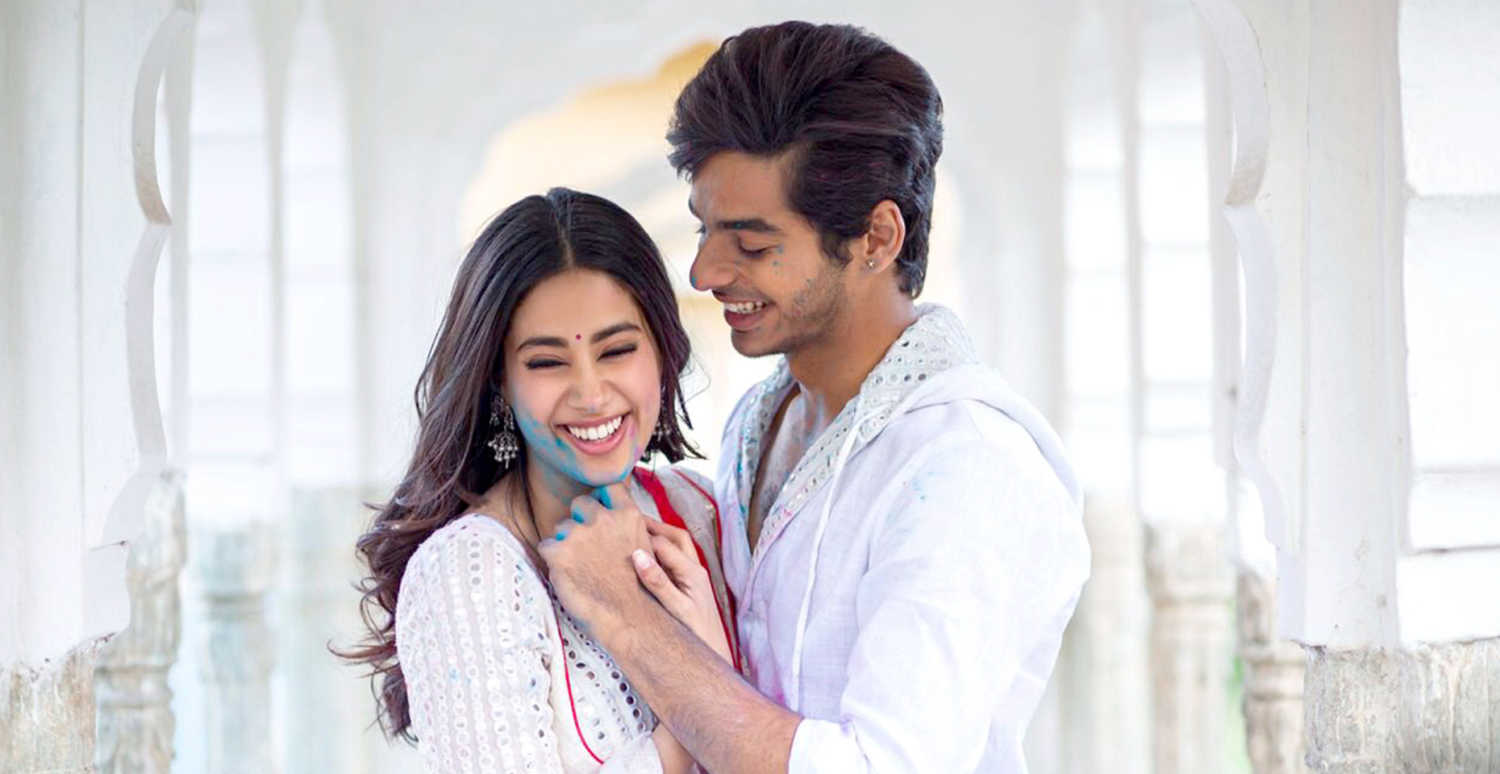 Unfortunately, her mother is not around to see her daughter make her big-screen debut. But Janhvi seems prepared to take on the challenge to prove herself to her mother's fans who are now looking at her after Sridevi's sudden death.

"The thing is mom is still given so much love, adulation and respect because she earned that," she says. "And she gave the audiences so much to deserve that kind of love. So I feel a sense of responsibility towards her fans. I want to make them happy and I want to earn that same kind of love. And I know I will have to work hard for it. But it motivates me. I feel responsible.

Be well-prepared and have fun with it: Shahid Kapoor’s advice to brother Ishaan Khatter on Dhadak

"If I prove myself and if you all like my work enough in this film, then, hopefully, I will get a chance to keep working. That’s all I want to do."