7 times Leela Chitnis was the quintessential mother in Hindi cinema


For her 15th death anniversary, we select seven film roles in which Chitnis played the archetypal long-suffering mother of the hero or heroine.

In the 1930s, the well-educated Leela Chitnis became a star due to her starring roles in a number of Bombay Talkies features with Ashok Kumar. The pretty young actress was a mother and divorcee and earned the honour of being the first Indian to endorse the soap Lux in advertisements seen around the country.

However, by the end of the 1940s, the actress was relegated from leading lady to mother of the lead. And she continued for four more decades as the long-suffering mother and/or maternal figure who usually meets a dire end. There were others who followed in her footsteps, actresses like Achala Sachdev and Nirupa Roy, but Chitnis was the one many filmmakers turned to first. Below are seven memorables roles as a mother where she displayed her prowess. 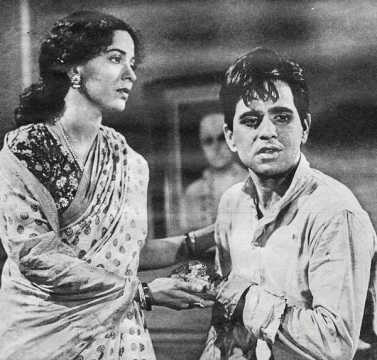 The path for Leela Chitnis being typecast as a mother, probably started with her first role as mother to actor Dilip Kumar in Shaheed (1948). Chitnis was only a decade older than the actor. The film, released a year after Independence, was set in the Quit India movement where father and son held differing views for India’s future.

Actor Chandramohan played Chitnis’s husband while Dilip Kumar was her revolutionary son Ram. Naturally, the loyal wife and loving mother was caught in the middle quite often. At the end of the film, when her son is sentenced to death, she is unable to contain her emotions.

In an old interview, the actress recalled her new challenge onscreen as mother: "Here was drama — naked, full of the holiest and fiercest of all fires, a mother’s love for her son. I had to be brave — for my son’s sake. But I had to be a mother, too. I rehearsed the scene in my mind innumerable times, when I was in the midst of people and when I was alone — closeted in my room. I knew that this climactic scene depended on me: on the perfect switch-over from assumed bravery to motherly fear."

In the Raj Kapoor film, Leela Chitnis got the opportunity to act opposite Prithviraj Kapoor for the first time. It was surprising that the two had never appeared onscreen together before. The actress had a meaty role as the estranged wife of the principled judge Raghunath who raises her son Raj single-handedly.

Her husband’s rejection causes her great pain and she quite never recovers fully. The film allowed her two great scenes with Prithviraj — one where he throws her out of the house, suspecting her of infidelity and the other when he visits her on her deathbed, not knowing who she is.

The actress relished her role in Awara, and said in the same interview, “A role like this, which encompasses a period of years and shows the actor in different stages of life and reacting to different situations, is no mean challenge. Not only does it demand a tremendous capacity to adapt oneself to changing circumstances, but it also requires of the actor width and dimensions.” 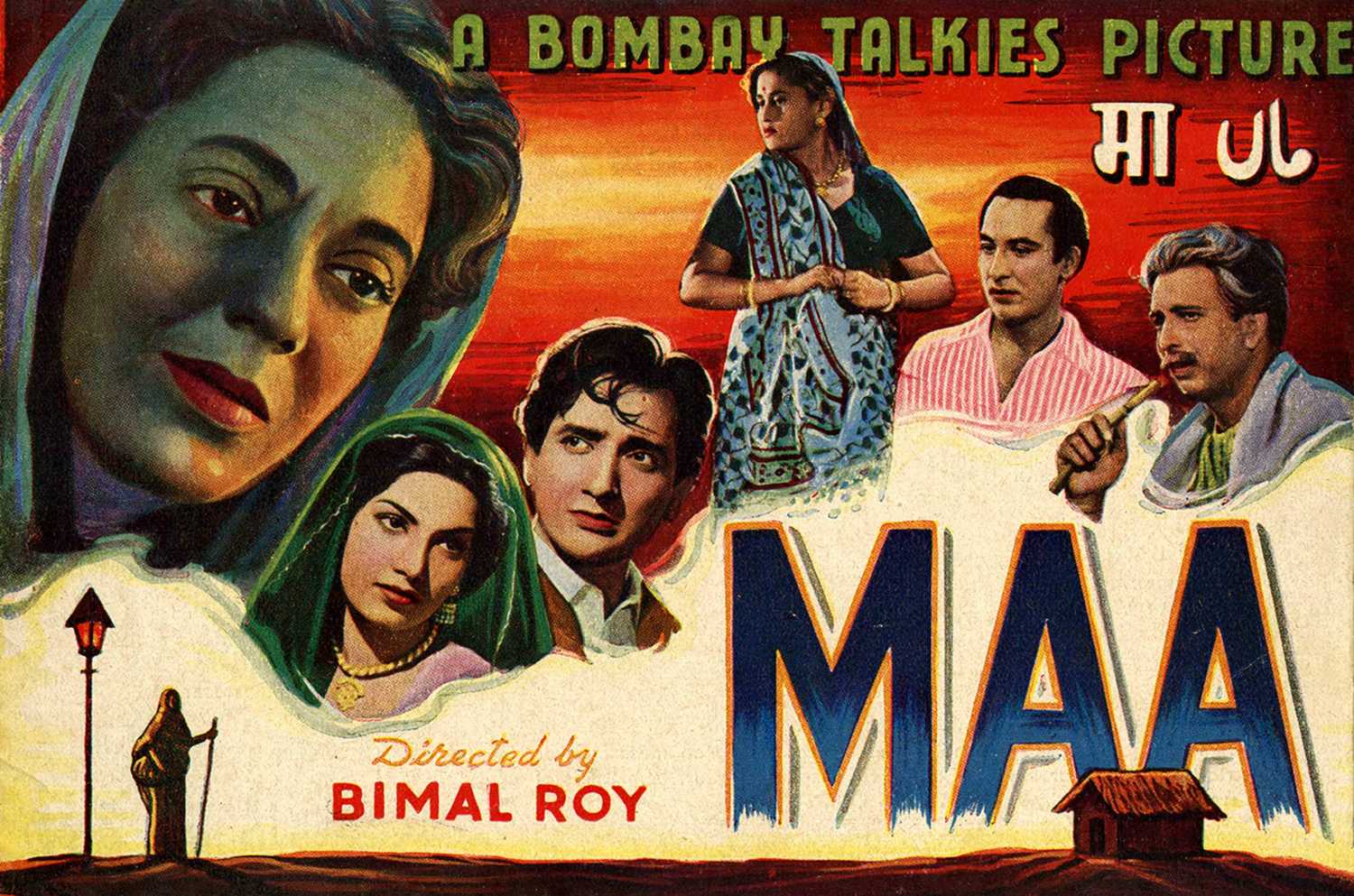 For Bimal Roy’s big debut in Bombay (now Mumbai), the filmmaker cast Leela Chitnis and Bharat Bhushan as mother and son in the family melodrama. The film was produced by Bombay Talkies and was a loose adaptation of the Hollywood film, Over The Hills (1931).

Roy’s feature was an early film that showed children mistreating their parents. Bhushan played the good son who sacrifices his own freedom for his father, but his older brother neglects to take care of his parents. Chitnis’s character lives as a maid in the house of her older son. However, in the end, her beloved Bhanu comes to rescue her.

For Chitnis, this title role was noteworthy and called her greatest role. “As I had the central role, there was immense scope for acting; no hero or heroine to take away or share the honours with. The mother I was asked to portray was the epitome of Indian womanhood, with silent suffering and a great sense of duty towards her husband, sons and members of the family. The last scene where the mother goes blind through old age, through suffering, poverty and hard work, was very touching indeed,” she said.

Leela Chitnis was the widowed mother Govindi in the epic saga, Gunga Jumna, where brother pitted against brother. She and her older son Gunga (played by Ram Kumar) protect the younger son Jumna (played by Akashdeep) by taking on any hardships and making sure he is focused on his studies.

One day, however, she is accused of stealing by her employers, the wealthy zamindar, and the ensuing events led to her early death. Her death has a lasting impact on the two boys, played by real-life brothers, Dilip Kumar and Nasir Khan, leading them to two different paths, with one heading for a life of crime and other for a life in the law. 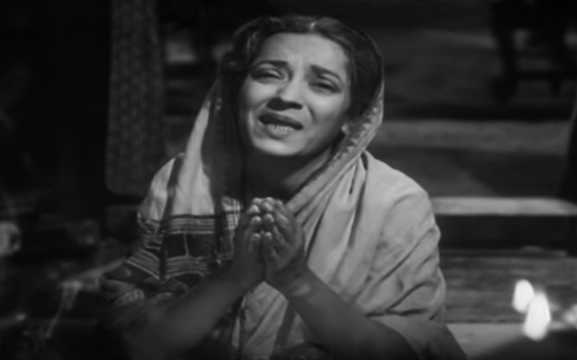 For BR Chopra’s Sadhna, the actress was a mother on a mission, to get her professor son Mohan (Sunil Dutt) married off to a nice girl. The widowed mother is near death after an accident when Mohan decides, on the bad advice of his neighbour, to hire a pretend-wife to fulfil her dying wish.

However, the wily neighbour brings in Champa (Vyjayanthimala), a mercenary courtesan, who fills in for Mohan’s wife. All parties involved have their expectations challenged when Mohan and Champa begin to have feelings for one another. As Mohan’s mother, Leela Chitnis is initially shocked to think that Champa could be her daughter-in-law, but eventually accepts her after she makes a full recovery. It was a rare case of a conservative mother acting progressive, that too in the late 1950s. The film is also known for the bhajan ‘Tora Manva Kyon Ghabraye’ picturised on her with Dutt and Vyjayanthimala. 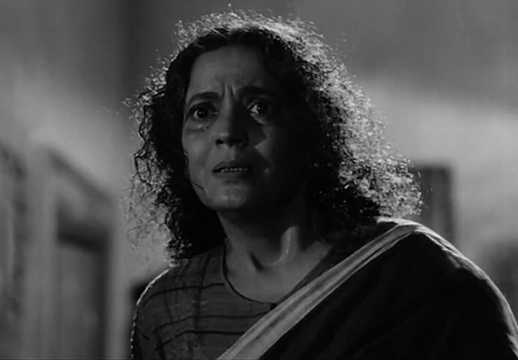 Before this role, Leela Chitnis played ailing mother to Dev Anand in Kala Bazar (1960). In Hum Dono, Anand had a double role as Captain Anand and Major Verma, two lookalikes in the Indian army. When Major Verma is presumed dead after the events of World War II, Capt. Anand decides to send his condolences in person to the man’s family.

The captain takes on this decision after his own mother, played by Chitnis, dies when he is away at war. Anand leaves his widowed mother in the care of the woman he loves but returns to find himself motherless afterwards. Chitnis brought great emotion to the role as a mother scared to lose her only child to war. 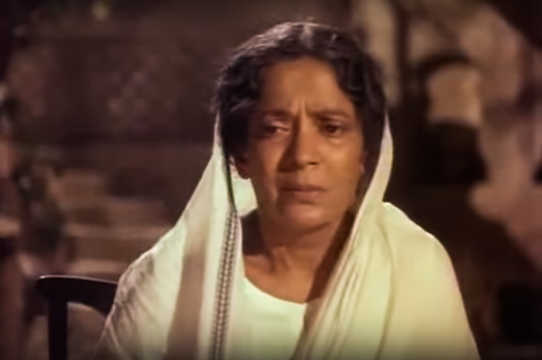 In the film adaptation of RK Narayan’s novel, The Guide, she once again appeared in the Navketan production as Dev Anand’s mother. With no father figure in the picture, she is mother to two sons. Anand as Raju guide is particularly fond of his mother, and she him, but when he brings home Rosie, a married dancer, she finds she cannot stand the taunts of the society.

Chitnis leaves her son when he doesn’t listen. Eventually, Raju is sent to jail and mother and son have a long overdue reunion. Like Sadhna, Chitnis’s character can’t bear to see her son with a ‘fallen woman’ but both characters have different ways of dealing with it.

These were some of her most famous roles as the sacrificial mother. She continued acting until the late 1980s; Dil Tujhko Diya (1987) was her last film. The British newspaper, The Independent, wrote in her obituary, "Ironically, however, in a tragic case of life imitating art, Chitnis died obscurely in a nursing home in the United States, where she had moved to be with her children." The actress died at age 93 on 14 July 2003.