More than his athletic accomplishments, Milkha Singh's remarkable journey and the hardships he endured are what inspired filmmaker Rakeysh Omprakash Mehra to helm the biopic.

It is hard to produce sports legends if a country lacks infrastructure and an amiable environment for training. But there are sportspersons who defy all odds to make a mark for themselves.

Milkha Singh, also known as The Flying Sikh, is often regarded as one of India's greatest athletes. The sprinter became the first Indian to win a gold medal at the Commonwealth Games in 1958. He won gold at the 1958 and 1962 Asian Games as well and finished fourth at the 1960 summer Olympics in Rome.

More than his achievements on the track, it is the remarkable journey of the man that is truly inspiring. Born in a Sikh family in Pakistan, Milkha lost his parents and three siblings in the Partition riots. The young boy came to Delhi and stayed in refugee camps. He even contemplated becoming a dacoit, but somehow mustered the courage to live it right. He eventually joined the Indian army, clearing the entrance exam at the fourth attempt.

In childhood, Milkha Singh would run 10km to and from school. He finished sixth in a cross-country run compulsory for new Indian army recruits and was selected for special training in athletics. After excelling on the national circuit, Milkha Singh went on to make a name for himself on the international stage.

More than his achievements, however, it was the ‘undying spirit’ of the man that inspired filmmaker Rakeysh Omprakash Mehta to helm a biopic on the legendary athlete.

“This is not a historical or a biopic in the sense that he was born here, lived here and married here. What really intrigued me was his undying spirit," the filmmaker told the IANS news agency.

“This boy, who came from a village and was orphaned at 11, actually witnessed the massacre of his family members, including his brothers and sisters. He picked a knife to survive at 11. He spent time in [Delhi's] Tihar jail before he joined the army. He wanted respect and to be a human being against all odds. That's what a wonderful human being he is, and that's what got me into the movie, not the records he made. Bhaag Milkha Bhaag is not about the athlete, it is about the spirit, and its interpretation,” Mehra said.

The filmmaker picked actor-singer Farhan Akhtar to play Milkha Singh. Remarkably, when most people would have seen this as a golden opportunity to make a small fortune, Milkha Singh charged but Re1 to give his consent for the film. All that the legend asked for was that profits from the film should go to the Milkha Singh Charitable Trust, a trust that he founded in 2003 to assist deserving but indigent sportspersons.

Bhaag Milkha Bhaag completes fives years today (it was released on 12 July 2013). Milkha Singh was one of those heroes of India whose remarkable life and career remained largely unknown to the millennium generation. There were many who had not the first clue about his journey, the hardships he had to overcome to become 'The Flying Sikh'. For starters, how did Milkha Singh even get the title?

This is an unbelievable story in itself. In 1960, Milkha Singh travelled to Pakistan, a land where his parents and siblings had been brutally killed. Initially reluctant, Milkha Singh was persuaded by prime minister Jawaharlal Nehru to visit the country as it was a matter of pride for India.

The athlete put his bitter memories aside and travelled to the land where he was born to race against Pakistani champion Abdul Khaliq. Milkha Singh won the race to thunderous applause from the Pakistani crowd. Pakistan's then president, field marshal Ayub Khan, praised his performance saying he did not run but flew!

When it is about India and Pakistan, the sentiment is often of enmity, not mere rivalry. Yet, here was a tale where we saw love and appreciation from the 'enemy state'. Like Mehra said, it was not the achievement but the undying spirit of the man that is most inspiring. Milkha Singh’s victorious visit to Pakistan was just one more testimony to the man's indomitable spirit.

Till 2013, there had not been many films based on sports. The Shah Rukh Khan-starrer Chak De! India (2007) had come like a breath of fresh air, but it did not set off a trend of sports films. Tigmanshu Dhulia’s Paan Singh Tomar (2012) was more a tragic story of how an athlete turned into a bandit.

Bhaag Milkha Bhaag was the proverbial shot in the arm that filmmakers looking for newer subjects needed. The film earned Rs109 crore nett at the box office and revived Farhan Akhtar’s flagging acting career. This is arguably the finest role he has played till date. From the physical transformation to the emotional journey, Farhan Akhtar was up to the task. 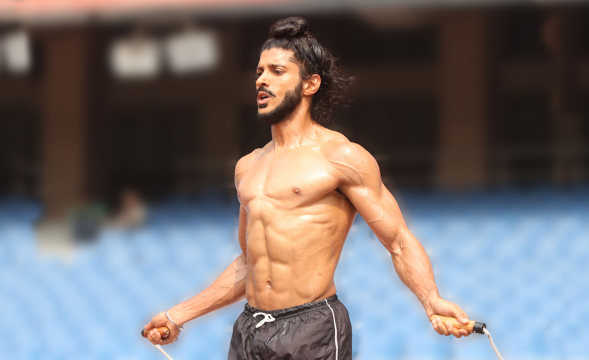 “If there is one reason to see Bhaag Milkha Bhaag, it is to watch Farhan Akhtar — how much he has evolved as an actor and the sincerity with which he immerses himself in the character. It is rare to see a Bollywood actor this committed to his/her role, to totally become someone else. And I truly believed that Akhtar was a Sikh,” film critic and writer Aseem Chhabra wrote in his review on the website rediff.com. That year, the Filmfare award for Best Actor was Farhan Akhtar's.

The film's makers left out a few characters, too. After coming to India, Milkha Singh met his married sister in Delhi, who helped to set him on the right path. However, it was his brother, Malkhan, who asked him to join the army. In the film, writer Prasoon Joshi fleshed out the character of Milkha Singh’s sister, played by Divya Dutta, but did not harp on the brother.

“Milkhaji had a brother who played a very significant part in his life, but I chose to flesh out the sister’s part in the film because I have a sister in real life and I felt that I could work better with a sister’s character in the story," Joshi, now the chairman of the Central Board of Film Certification (CBFC), confessed in an interview to rediff.com in 2014. 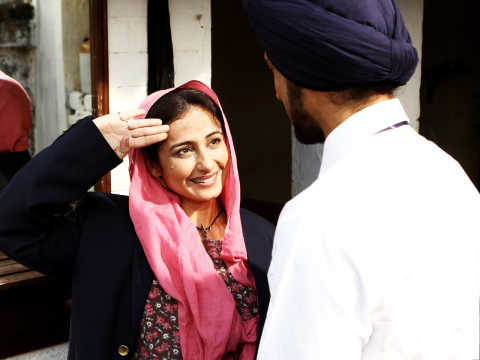 Actress Divya Dutta played Isri Kaur, Milkha Singh's older sister. She was praised for her power-packed performance. More than the critics or the fans, Divya Dutta really moved her on-screen brother. As reported by the website News18.com, (formerly CNN-IBN) after a special screening of the film, an emotional Farhan Akhtar told Dutta, “I have never cried, but you made me cry in this film.”

Mehra’s films have their pros and cons,  but the filmmaker certainly has an ear for music. His Rang De Basanti (2006) and Delhi-6 (2009) stood out for their invigorating music. Mehra roped in the trio of Shankar Mahadevan, Ehsaan Noorani and Loy Mendonsa, his maiden association with the composers, for Bhaag Milkha Bhaag.

The film is set in a different era and Shankar-Ehsaan-Loy scored the music accordingly. It wasn’t pathbreaking, but lyricist Prasoon Joshi and the composers produced quite a few memorable tracks, like the Sufi-styled 'Mera Yaar' (sung by Javed Bashir), the romantic 'O Rangrez' (sung by Shreya Ghoshal and Javed Bashir), the inspirational 'Zinda' (sung by Siddharth Mahadevan) and two fun tracks 'Maston Ka Jhund' (sung by Divya Kumar) and the underrated 'Slow Motion Angreza' (sung by Sukhwinder Singh, Shankar and Mendonsa).

The film came with its share of controversies too. A right-wing organization called the Hindu Janajagruti Samiti (HJS) objected to the use of the word 'havan' in the 'Maston Ka Jhund' song. It claimed that the term havan, a sacrificial fire, had been used in a derogatory manner. There was also said to be a difference of opinion in the CBFC over granting a ‘U’ certificate’ to the film which had a sex scene and some violence.

While such issues are commonplace in the film world, former athlete Gurbachan Singh Randhawa questioned why the film showed Milkha Singh leading the 400 metre race at the Rome Games, losing only because he turned to look at his pursuers, giving them the split second needed to slip by. Randhawa said Milkha Singh had never led the race and that he lay in the fifth position as the athletes came into the final stretch.

There were other factual errors, like references to titles that did not exist then. Mehra also incorrectly called the Lahore stadium the Gaddafi stadium. The latter was only built in 1974. Similarly, the Malaysian flag only came into existence in 1957, but the film showed it at the 1956 Melbourne Games. Farhan Akhtar's Milkha Singh was also shown humming the hit song 'Nanha Munha Rahi Hoon' from Mehboob Khan's Son Of India (1962) as a lad in the 1950s.

These errors, however, did not rob Bhaag Milkha Bhaag of its soul. Milkha Singh remains an iconic and revered figure in India. People may have their opinions, but what cannot be denied is that Bhaag Mikha Bhaag was a sincere effort to tell the story of a legendary athlete.