The singer-actor talks about his initial hesitation in taking up the project, his preparation for the role, and his plan to turn producer later.

It is no secret that Diljit Dosanjh is a superstar in Punjab. The singer-actor has also gained popularity among Hindi film audiences though he has done only three films in the language so far – Udta Punjab (2016), Phillauri (2017), and Welcome To New York (2018).

During a group interaction with journalists, Diljit Dosanjh spoke about his preparation for playing the character of Sandeep Singh and explained why he was so hesitant initially to take up the project. Excerpts:

Why were you hesitant to take up the film initially? What prompted you to sign it later?

The real story of his [Sandeep Singh's] life is such that I have never heard it before. There is no other example in India. You really wonder how a person gets hit by a bullet in his back, becomes paralysed, then makes a comeback as captain and makes a world record. It seems as if somebody has written this story. It’s like a masala movie.

I did the film because of the story and because of that I had to play hockey since that is the central theme.

I was hesitant because of hockey, as I have never played any sport ever. I hardly know anything about football, hockey or cricket. Music has been my interest. Hence, I thought I will never be able to do a sports biopic. I can make out when a hero fakes playing a guitar. It looks very bad. Similarly, I thought I will look bad while playing hockey. 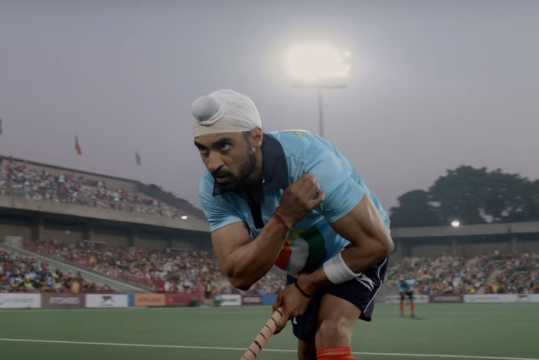 My father used to play hockey. He had once bought a hockey stick for me and asked me to play on the ground. But I was more interested in music. I used to learn music at the gurdwara. After doing seva, I used to get involved in the music.

Who helped you with the sport?

Vikram paaji, Sandeep paaji’s elder brother, was the first one to play hockey at home. He was the one who started the drag flick. At that time, very few people used to play that shot. He used to be on the sets daily. I still keep talking to him, even about diets. Just like Sandeep paaji, he is also my big brother. He has helped me tremendously. The entire hockey choreography was done by Sandeep paaji and Vikram paaji.

I have never seen such deep love between any pair of brothers. Vikram paaji realizes what he is feeling before Sandeep paaji’s facial expression changes. Even now, if he sees his coffee is about to get over, he will start thinking what he will have next. Vikram paaji’s love towards Sandeep paaji is like that a mother has for her child.

What do you take back from this film?

The message that one should never give up. If you are not defeated by yourself, nobody can defeat you. He [Sandeep Singh] never accepted defeat. Doctors said he would not be able to walk, leave alone play hockey. And there was no such example [before him].

Plus, his family didn’t take any action against the person who fired the bullet. Else people always demand justice [by punishing him]. So, their family’s main battle was how to get him [Sandeep Singh] back on his feet. Instead of court proceedings, their energy was channelized on Sandeep paaji. They could have gone for a court case. And you all know, the case might have been still going on. If they had done that, the world record and this story wouldn’t have been made.

How did you portray his internal pain? Did you go through any method acting process?

No, I am not such an actor. I don’t know anything about method acting. Hockey itself was tough for me as I had never played it before. But if I say I went through a very tough process, it still won’t be anything compared to what he [Sandeep Singh] faced. If my act touches you, then I would feel I have succeeded. I have given my 100%. But it would be wrong to say I have done something great or kamaal kar diya.

Today if a player buys a car or a bike, we get to know about it. But sorry, even I didn’t know that Sandeep paaji got hit by a bullet.

Why is this? Do you think media focuses too much on cricket?

I won’t say this is the media’s fault. I feel we all are responsible for this. Even the media has people like us. They aren’t aliens. I only knew Paaji was the captain. But never knew that he was hit by a bullet or had a world record to his name. It is easy to utter the words ‘world record’, but it is huge to do something like this. Someone from our country did it and we, including I, didn’t know!

Soorma is your first Hindi film as a solo hero. What are your expectations from the film at the box office?

Right now I have no idea, so there are no expectations either. The only expectation is that the film should reach as many people as possible. 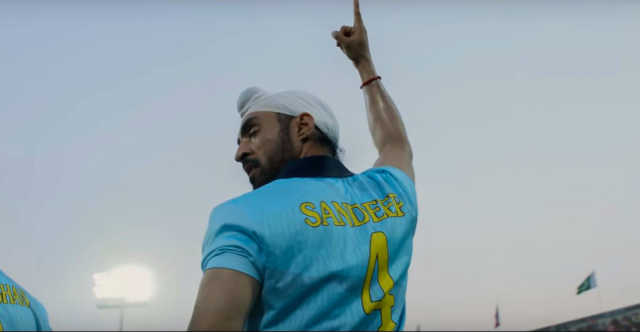 What are your selection criteria in Hindi films?

If I get a good film offer, I do it. I have my own concerts. I try doing at least one Punjabi film each year. I haven’t been able to do one this year as I am doing some Hindi films. I refused three or four Hindi films last year because I felt I shouldn’t do them. The films were good and they will be made well, but I felt if the character offered to me was done by someone else, it wouldn’t make a difference to me.

Just recently I was offered two or three films from my favourite directors, but I couldn’t do them as they wanted an actor without a turban. I won’t do that. This is my identity, not just in Punjab and India but also overseas.

Any chance of you venturing into direction or production?

I don’t think direction [will happen]. That will be tough. Right now I just want to enjoy acting. Production can happen. Not now, but definitely in the future. Sometimes you like doing the kind of films you are not offered.