Today, 8 January, on Roy’s 52nd death anniversary, we look at what Sahni had to say about the acclaimed filmmaker.

Bimal Roy: The Man Who Spoke in Pictures, a book on the acclaimed filmmaker is now republished in paperback. The anthology was first published in 2009 and contains essays from Ritwick Ghatak, Nabendu Ghosh, Shyam Benegal, Prasoon Joshi, Naseeruddin Shah and many more collaborators and admirers of the late writer-director.

However, the paperback version, edited by Roy’s eldest daughter, Rinki Roy Bhattacharya and her daughter Dr Anwesha Arya, will also include an essay by actor Balraj Sahni, who worked with Roy on films like Do Bigha Zamin (1953), Naukri (1954) and Kabuliwali (1961).

The deeply personal article was written in Punjabi, a month after Roy’s death and was later translated into English to appear in the March 1966 issue of the Quarterly Journal of the Indo-Soviet Cultural Society. 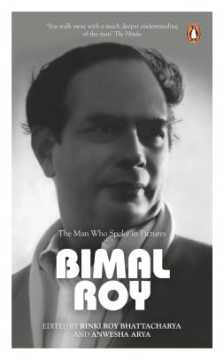 A copy of the published essay was sent to Roy’s granddaughter, Arya, by her mentor — professor emeritus Werner F Menski. She then shared the essay with her mother who decided to include it in the revised edition of the book. Arya has also edited the original translation to make sure the meaning of the words come across accurately.

Sahni, who played a poor farmer in Do Bigha Zamin, met Roy in 1946 through the Indian People’s Theatre Association (IPTA), when the former was the general secretary of the Bombay branch.

In the essay, Sahni recalls how nervous he was when Roy came to watch him in action on the sets of Hum Log (1951). “That day, incidentally, I had to enact a romantic scene with actress Shyama. He watched a few rehearsals, and then chatted with director Zia Sarhadi before leaving the set. He may have sensed that his presence was making me nervous. Later, I learnt he made the trip especially to watch me,” Sahni wrote.

The actor also wrote he was skeptical of playing a poor farmer in Do Bigha Zamin, given his well-to-do upbringing. However, on the first day of the shoot, the director calmed Sahni by suggesting he wipe his feet before entering the room of the zamindar. This little detail gave the actor an understanding of the difference between a zamindar and a farmer.

Sahni also gave an insider’s view of how it was like to work on a Bimal Roy set. He recalled how organized, disciplined and silent Roy's set would be. Additionally, he wrote of the director’s passion for filmmaking, “He was a total devotee of the cause of cinema with every fibre of his being. His art, his very craft gained from this dedication.”

The essay, written with great love and admiration for the filmmaker, also highlighted Roy’s fine qualities, both as a director and as a human being. The actor also pointed out  Roy’s steadfast commitment towards his crew, highlighting his decision to chose Mohan Studios in Andheri, Mumbai as the office of Bimal Roy Productions, a move that saved the studio from shutting down.

Sahni also wrote of what Roy’s death meant to him, and to Indian cinema, adding that Roy was one of the few who never compromised on the creative for the commercial.

The actor’s essay is a poignant addition to the personal and academic essays of the book. The press release explains the reason behind publishing the paperback version. The aim is to reach “a wider readership, leading in turn to the re-discovery of Bimal Roy and his neo-realist, socially aware ideology for a generations of film goers. A resurgence of film history leads always to the forging of fresh perspectives in modern cinema, indeed, that is our anticipation.”

Furthermore, the Marathi version of another book on Roy — Bimal Roy’s Madhumati: Untold Stories from Behind the Scenes — will also be available for readers to continue exploring the filmmaker’s legacy.