On her 14th death anniversary, a look at some of the singer-actress's standout works.

For the period in which she reigned on screen, from the mid-1940s to the late 1950s, Suraiya was undisputed star of the silver screen, both as an actress and singer. At one point, she was the highest paid actress in the industry.

Suraiya began her career as a child artiste who played the young Mumtaz Mahal in Nanubhai B Vakil's Taj Mahal (1941). The talented youngster then made her debut as playback singer, singing for composer Naushad in AR Kardar's Sharda (1942). Soon she came to be identified as actress Mehtab's singing voice with films like Chimanlal Luhar's Station Master (1942), Kardar's Kanoon (1943) and Sanjog (1943).

When a teenage Suraiya sang for Mehtab

Suraiya, who had never been formally trained in music, earned thousands of fans for her singing and is remembered for her natural voice.

However, she made quite an impression with her acting as well. In an old interview, she had said, "Most of my roles were simple, but the audiences loved them."

Her fans would line up outside her home on Marine Drive in South Bombay just to catch a glimpse of the star. Given their uncontrollable enthusiasm, police had to be posted there to control the crowds.

Despite her popularity and successful career, the actress called it a day soon enough. Her last film was Vishram Bedekar's Rustom Sohrab (1963) opposite Prithviraj Kapoor. Thereafter, she largely stayed away from the limelight except from a few stray appearances here and there.

On her 14th death anniversary today (Suraiya died on 31 January 2004), we look at some of her standout works as an actress. 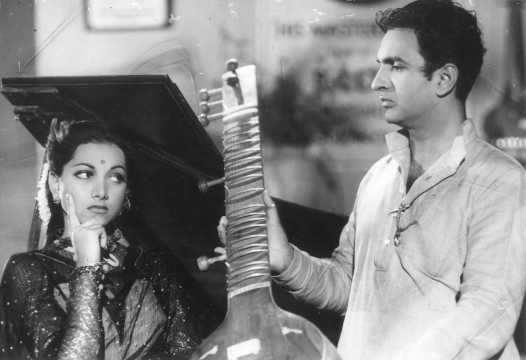 Despite playing the second lead, with artistes Surendra Nath and Noorjehan as the protagonists, Suraiya managed to steal the spotlight as Basanti who loves Surendra's character Chandrabhan in Mehboob Khan's Anmol Ghadi (1946).

She sang alongside the great Noorjehan on the film's soundtrack, composed by Naushad. The film completed a silver jubilee in Bombay's theatres.

Suraiya became the leading singer-actress in Hindi cinema after Noorjehan migrated to Pakistan after Partition. 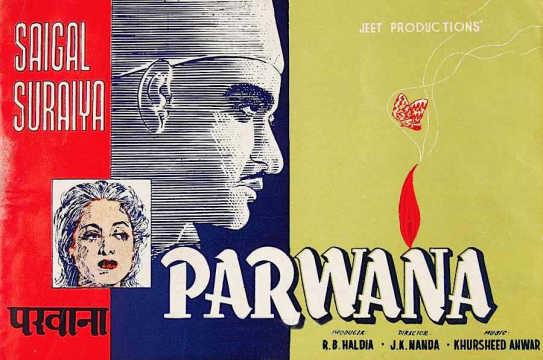 Suraiya, an admirer of actor-singer-filmmaker KL Saigal, got the opportunity to sing and act with him in three films — Tadbir (1945), Omar Khayyam (1946) and Saigal's last feature, Parwana.

In Parwana, Suraiya played the village girl Gopi who comes to love the benevolent Inder (Saigal). However, their story, mired in jealousy and misunderstanding, ends in tragedy. The film, which featured hit music by Khurshid Anwar, was released after Saigal's death on 18 January 1947. 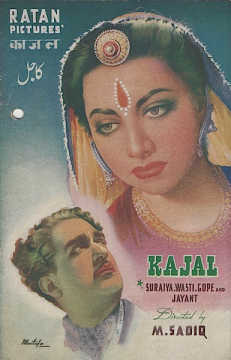 The teenage Suraiya shone again in another film, Kajal (1948), directed by M Sadiq and starring Wasti and the comedian Gope. Her character in the film grew from age 14 to 60 and the actress received an award (a gold medal) for her performance. The ceremony was held at Bombay's Roxy cinema with noted Parsi theatre personality Adi Marzban as the chief guest. 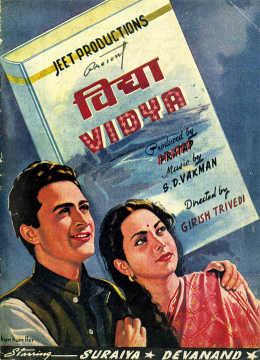 The now famous Suraiya acted opposite newcomer Dev Anand for the first time in Girish Trivedi's Vidya. During the filming of a song, the gallant hero saved Suraiya from drowning (as she couldn't swim) when the boat they were shooting on capsized.

The two fell in love and wanted to get married, but strict opposition from Suraiya's family caused Dev Anand to break off the relationship. Later in 1950, she starred with Dev Anand in the first film produced under the Navketan banner, directed by the actor's older brother Chetan Anand. 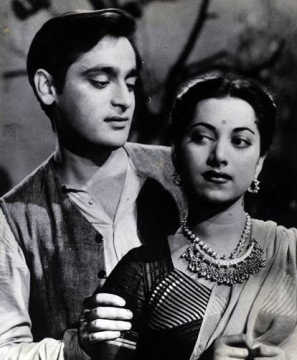 The success of the Suraiya-Rehman pairing was such that it drew large crowds outside Suraiya's house. OP Dutta's Pyar Ki Jeet also featured Gope, Manorama and Leela Mishra in lead roles.

This was the beginning of a number of hits, along with DD Kashyap's Bari Bahen (1949) and Kardar's Dillagi (1949), all of which were celebrated silver jubilees. Suraiya soon became the highest paid actress in the country. 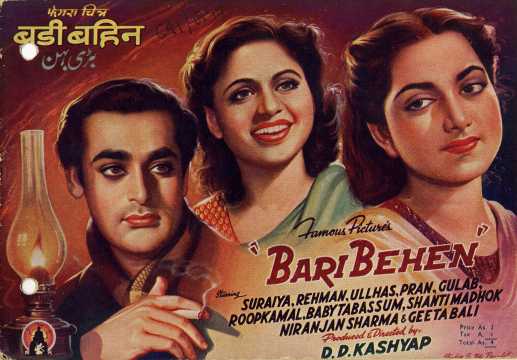 Suraiya's character, being the typical self-sacrificing older sister, decides to shield her younger sibling and gives up her love for Shyam (Rehman). The film had hit music by Husnlal-Bhagatram and Suraiya sang four songs to Lata Mangeshkar's three on the soundtrack.

The romantic tragedy, with actor Shyam as the hero, was largely inspired by Emily Bronte's novel Wuthering Heights and its Hollywood adaption in 1939 by William Wyler. Actor Dharmendra later said he had loved her performance in Dillagi so much that he watched it 40 times! Adding that he had to walk miles to get to the theatre for each show. 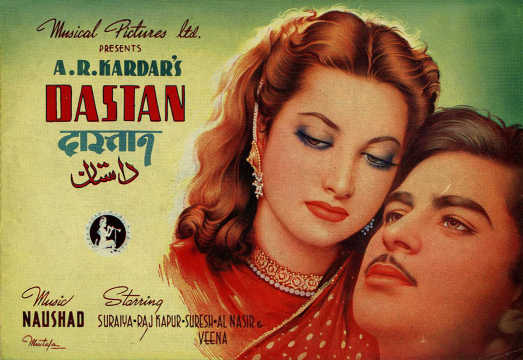 Suraiya starred opposite her good friend Raj Kapoor in AR Kardar's romantic drama Dastan (1950). Interestingly, Kapoor and music composer Madan Mohan were the ones who had encouraged her to pursue a career in singing as a child.

Dastan was a big hit and Suraiya, with the added advantage of singing the hit songs, once again became the focus of the film over Raj Kapoor. 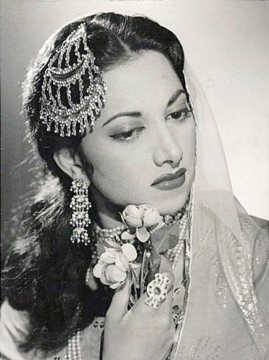 Directed by Sohrab Modi and written by Saadat Hasan Manto, the film Mirza Ghalib gave Suraiya the role of a lifetime. She played Chaudhvin, a courtesan in love with the much-married poet played by Bharat Bhushan.

The film was screened at Rashtrapati Bhavan for prime minister Jawaharlal Nehru, who is said to have praised Suraiya's performance with these words: "Ladki, tumne kya unke ghazalein gaayi, tumne Mirza Ghalib ki rooh ko zinda kar diya [Girl, you have sung Ghalib's songs so well, you have brought him to life]."