Ranveer Singh: Hope to build vast legacy with a filmography I'm proud of


After Padmaavat, actor Singh is set to dive into projects that are as different as chalk and cheese — Gully Boy, Simmba and a biopic on India's 1983 Cricket World Cup victory.

With menacing eyes, eccentric mannerisms and powerful acting, Ranveer Singh has upped his own ante as Delhi Sultan Alauddin Khilji in Padmaavat (2018). But the actor says it's a character whose ambitions and greed he does not relate to, even though he has his eyes on building a vast legacy of filmography to be proud of.

After captivating cine-goers with his powerful performance in films like Goliyon Ki Raasleela Ram-Leela (2013), Bajirao Mastani (2015) and the latest Padmaavat, actor Singh is set to dive into projects that are as different as chalk and cheese. There's Gully Boy, Simmba and a biopic on India's 1983 Cricket World Cup victory.

"I have a very large vision for myself, my body of work, my career. I hope to build a vast legacy with a filmography which I can be proud of when I am done. I want to look back and feel like I made a significant contribution to the art and yes, keep pushing the envelope and keep exploring to things that have not been done before," Singh told IANS.

With Khilji, Singh has achieved that. Where did the inspiration for his eccentric antics in the Sanjay Leela Bhansali directorial come from?

"There's no references (for the character) as such and it definitely didn't come from within. I cannot really relate to Alauddin Khilji at any level. I am not as ambitious, as greedy and as manipulative," Singh said.

However, the actor, 32, believes "there's no end to what you can achieve". 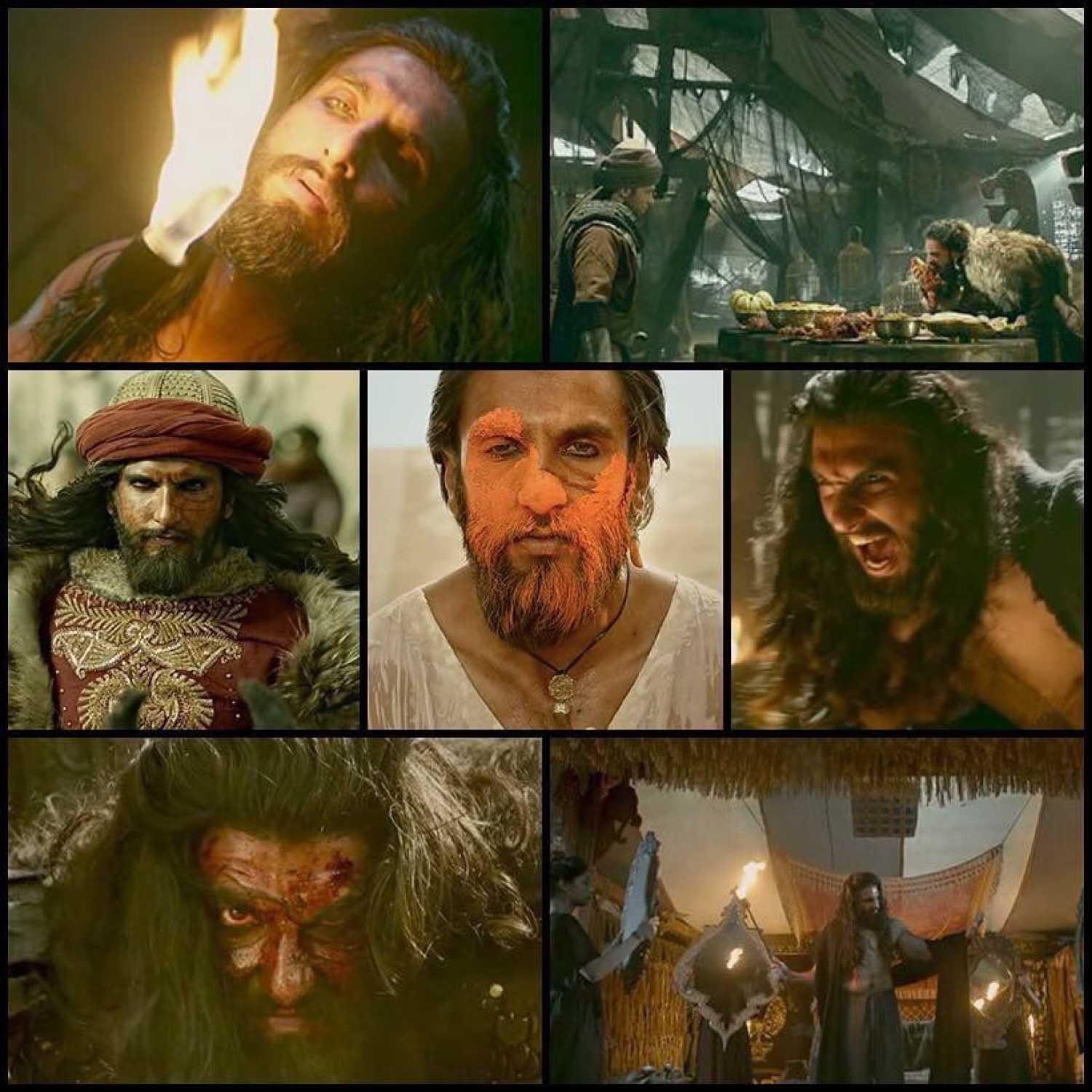 "The more work I do, I realise how much I can do because it is limitless. So, I hope to keep going," he added.

Singh made his acting debut in 2010 with Band Baajaa Baaraat, and by his own admission, he has "grown leaps and bounds as an artiste" ever since.

Wasn't it a risk to play an anti-hero?

"It was a huge risk. I was very apprehensive about taking the risk but Bhansali was very persistent in his pursuit of me and he is the one who convinced me that I would be able to pull it off. I went with his conviction. I can never say no to Bhansali, given the amount he has contributed to my career and to me as an artiste.

"Once I committed, I put my everything into it. But, yes, initially there were apprehensions," said Singh, who found the character "mentally, physically and emotionally" draining.

The movie was mired in a row as protests erupted over alleged distortion of facts. After the film released following a long-stretched battle, reviews pointed out at how Khilji's character has been demonised.

"As an actor, I just have to stick to the character that I find in the script," Singh justified, saying he used the film's bound script "as my textbook and my bible" to create a character around it.

Singh says he can always choose to add to the script from the "research and homework" he does during the prep phase, but his job as an actor is to do justice to the character.

Excited about his upcoming slate of films, Singh said: "I am working with films and filmmakers who are very different from each other. Zoya Akhtar, Rohit Shetty and Kabir Khan... It is again a very good opportunity to showcase my versatility... In my own estimation, I am attracted towards actors who are able to transform themselves with each character.