The seasoned actor said, however, that he does not take offence if people make jokes out of the film Tirangaa.

Deepak Shirke. The name may not strike a bell immediately, but mention the character Pralayanath Goondaswamy and audiences from the 1990s will instantly recall the burly antagonist from Mehul Kumar’s Tirangaa (1993).

Back in the day, Tirangaa was hailed as a popular, patriotic film, but in the new millennium the film is seen more as a patriotic comedy and the film and its characters, mainly Goondaswamy and Brigadier Suryadev Singh (Raaj Kumar), have become popular in various memes.

Come Republic Day or Independence Day, the film Tirangaa is bound to be aired on some television channel. But there is more to Shirke, the actor, who played villainous roles in cult films like Agneepath (1990), Hum (1991) and Ek Chalis Ki Last Local (2007).

Menacing though he looks on the big screen, the big man is a gentle giant in real life, humble, soft-spoken, god-fearing and a gentleman. “Once the camera is on, I get immersed in my character,” said the 62-year-old actor. Some artistes like their work to do all the talking.

In an exclusive telephonic interview, Shirke shared memories of his Tirangaa journey, admitted being scared of the late Raaj Kumar, remembered his action scene with Amitabh Bachchan in Agneepath, and also confessed to turning up for a show in an ambulance. Excerpts:

Over the years, Independence Day and Republic Day in popular culture has become synonymous with flag-hoisting, tuning into AR Rahman's Vande Mataram, and watching films like Karma (1986) and Tirangaa. How do you feel about it?

Naturally, you feel happy about it. Tirangaa came in 1993. That was a long time ago. If people watch it even today on Independence Day or Republic Day, and, more importantly, feel happy after watching it, it is a matter of great pride for us. Hum isi pe jeete hain [We thrive on this].

When we talk of patriotic films, it's usually the heroics of the protagonists that is revered. Seldom do we come across a film like Tirangaa where the antagonist makes the same impact as the hero. For some, Pralayanath Goondaswamy might be more dear than Brigadier Suryadev Singh. Your thoughts?

Audiences in the 1990s had different sensibilities while viewing a film like Tirangaa. Today, many find it amusing. Did you guys perceive the film to be funny when you were shooting it?

No, I wouldn’t say so. You don’t think whether a film will succeed, or how it will be perceived. For us, it was all about carrying out our work to the best of our ability. We had no expectations. It was only after the positive feedback that the film got that you realize that this is working with the people.

What I was referring to was that audiences, particularly the next generation, see the film as something of a patriotic comedy. Do you feel bad or do you just respect their view as long as they watch Tirangaa?

It can never be bad. They are judging the film from their point of view. Every individual has different sensibilities. Tirangaa was made for the audience in the 1990s. Today's audience is more intelligent, so it may not consume the film the way the earlier audience did. Even if people make jokes out of Tirangaa, there is nothing to feel bad about.

Can you tell us about the fan reaction you received then?

Sadly, there was a tragedy in Plaza cinema [in Dadar, central Mumbai]. Initially one thought it was a scene from the film, but there was an actual explosion in the theatre. The tragedy could also have played a part in the film having such a great impact.

Do you recall any particular feedback you received from a fan?

Well, even today some people know me as Pralayanath Goondaswamy. The best feedback I received was, however, from Raaj Kumarji. He called me and said you have done a good job. For me that was huge. A senior actor, a star who has a huge fan following, when he appreciates your work, that is a matter of great pride.

All these years, after having seen the film countless times, I am still not able to understand what problem Pralayanath Goondaswamy had with India. It’s rare for a bad guy to cause destruction without any cause.

Well, I guess he just wanted to make money by committing anti-national acts. Look, Goondaswamy didn’t come to the aid of his son who was arrested by the police. Maybe he just wanted to watch the country burn. Also, the moment your opponent is a retired brigadier, it automatically makes you a national villain. 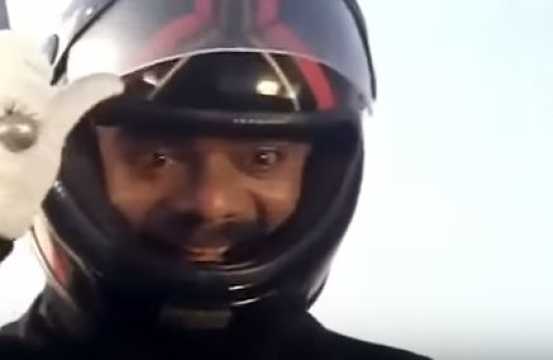 Actually, I didn’t ride the horse. It was my dummy who did it. Only my voice was used. Yes, it was strange, but that was the requirement of the scene.

How was it to work with a star like Raaj Kumar?

He was someone who was very quiet and kept to himself. We hardly spoke during the shooting. In fact, I was scared to talk to him. The only conversation we had was about the shot. He was a through professional. He didn’t like indulging in needless conversations.

Do we understand then that there was a Raaj Kumar fan in you, but once the cameras began rolling you forgot everything and just lived your character?

Yes, the moment the cameras rolled, I forgot everything and just played my role. I was more focused on the scene and forgot who was in front of me.

As one who was scared to even talk to Raaj Kumar, you must have been overjoyed with the positive feedback from him.

For me, that was akin to receiving a Filmfare award!

You did films with Amitabh Bachchan also — Agneepath (1990) and Hum (1991). Your fight scene in a pile of mud with Bachchan was memorable in Agneepath. Can you talk about that experience? 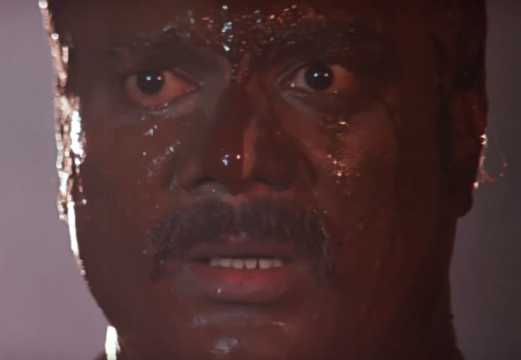 That sequence was shot in Mukesh Mills, Colaba. It was real mud. Back then, I reckon it cost about Rs2,000. Some 20 trucks carrying mud were brought for the sequence. You had stars like Amitabh Bachchan, Mithun Chakraborty and Neelam. With such stars, maybe it was saafsutra [clean] mud. The actors had to apply mud four times during the day. There was a water tanker to clean the mud after a shot. So, we bathed four times during the day. Poor Neelam fell sick. Mithun, too, had trouble. It was like adults playing in the mud like kids. Be it Agneepath, Hum, or Tirangaa, I thoroughly enjoyed playing my roles.

You have played menacing villains in quite a few hit films, but the one role that stands out is the gay gangster from Ek Chalis Ki Last Local (2007). It was hard to imagine you of all people doing that role. What was your reaction when you were offered it? 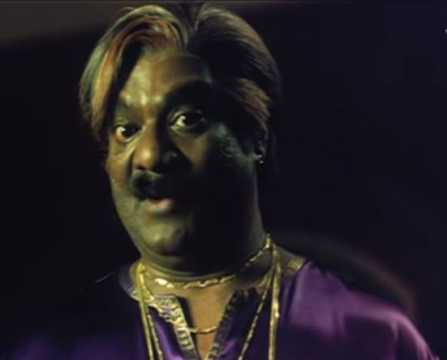 I said yes immediately. A role is a role. Look, to get variety is a matter of destiny. I never felt uncomfortable playing it. I am born to work. I want people to appreciate all kinds of work. Most artistes aspire to do versatile roles, but very few get the chance.

When you do something you have never done before, it goes against your image. How do you prepare for such a character? Did you watch actors who have played such characters before?

No, I don’t watch too many films, so there is no question of being inspired by anyone. The director and the actor chalk out a character graph. As an actor, you have to merely follow that graph. I wasn’t surprised by its success.

You did a comedy role in the Vidhu Vinod Chopra production Ferrari Ki Sawaari (2012), in which you played a security officer.

I enjoyed that role, but what makes that film special is that from all the films I did, I never worked with such an efficient crew as Vidhu Vinod Chopra’s. You had qualified professionals working in the film. I thank director Rajesh Mapuskar and Vidhu Vinod Chopra for giving me this film. I was impressed with the way they discussed their stories. Once they decided on a particular thing, they would go to any lengths to pull it off. They never thought about the negatives.

What I meant was having seen you play some intimidating roles, playing a gentle giant was least expected. Were you surprised by the role? Aakash Dabhade and your character came across like Laurel and Hardy.

That’s exactly how it was planned. Mohan (Dabhade) and Mama (Shirke) were both conceived as Laurel and Hardy kind of characters. I really liked playing that character. It was a rare positive role for me.

We don't know much about your early life. Can you talk about that? 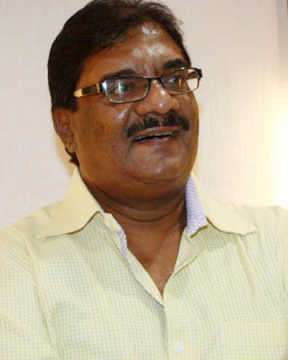 I was born in 1955 in a humble household in Marine Lines, Mumbai. I was fascinated by theatre at an early age and didn’t see myself doing anything else but act. I didn’t even complete my education. I must have travelled across the length and breath of Maharashtra performing various plays. I started earning 20-30 rupees per show.

After getting some success on the stage, I was picked for a popular Marathi TV show, Ek Shunya Shunya, around 1986-87. Despite being a Marathi serial, it had very high viewership. The success of this show opened the doors of films for me. I was around 31-32 then.

My first film was Govind Nihalani’s Aakrosh (1980) in which I played a very small part.

Can you talk about your family background?

We are five siblings — three sisters, two brothers. Despite being the elder one, I couldn’t do much for my family. I have never done service [regular jobs] in my life. The early period was really tough. I just waited for my opportunity. I devoted myself to my craft. Though late, god eventually showered his blessings. I am just lucky to have got my opportunities.

An online profile of yours mentioned that you were once married to Shakti Kapoor’s sister. How did that come about?

All these years, I myself wondered how that story came about. My wife is a PhD and a professor in a college. She is not Shakti Kapoor’s sister. I have only worked with Shakti Kapoor in many films. We are not related.

Last year, I came across an article where it was mentioned that you once took a lift in an ambulance. No details were given. Can you talk about that?

This happened around 1984-85. There were five or six of us — Laxmikant Berde, Sudhir Joshi, Vijay Kadam, Chitra Palekar. We were supposed to be in Pune for a show. Unfortunately, we were struggling to find a vehicle to take us. So we hired a private ambulance. Usually the sight of an ambulance scares people, but for us this ambulance was like a devdoot [angel], it was like a god-sent vaahan [vehicle].

How would you describe your journey so far?

I have been blessed. Never had any regrets nor complaints. I happily took up whatever came my way. God has been kind to me.