For the producer-director’s 92nd birthday today (he was born on 24 January 1926), we go through some posters from the films he directed, all beginning with ‘A’.

Producer J Om Prakash made his directorial debut with Aap Ki Kasam (1974) and is known for making over 20 films with the letter ‘A’. The one notable exception, Bhagwaan Dada (1986), starring Rajinikanth, Sridevi and a child artiste named Hrithik Roshan, his grandson.

Some of his films did well; other didn’t, but they also inspired Prakash’s son-in-law, Rakesh Roshan, to get inspired and follow him making films that began with the letter ‘A’. We take a look at the posters of some of his ‘A’ films. 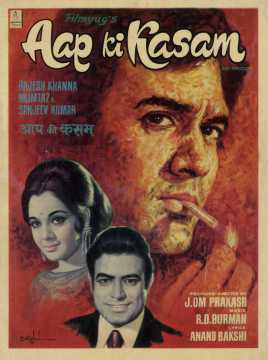 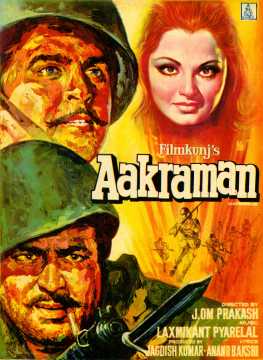 The director switched gears for his next feature, a war film, in which Rajesh Khanna made a special appearance as a war veteran. Sanjeev Kumar and Rakesh Roshan are cast as soldiers in the Indian army during the Indo-Pak war of 1971. They happen to love the same woman, Rekha. There is a dramatic kerfuffle on battlefield, but eventually one man has to make the ultimate sacrifice, for love and for country. 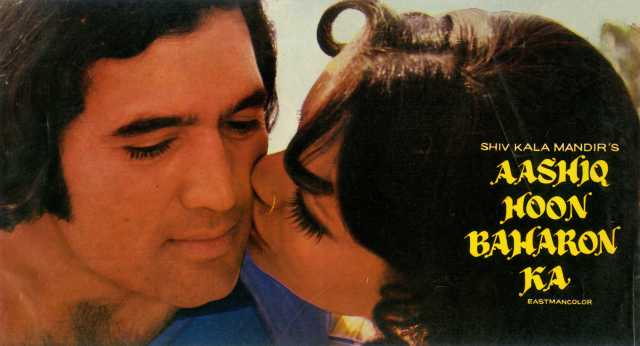 The over-the-top convoluted story of Aashiq Hoon Baharon Ka (1977) couldn’t save the film. Rajesh Khanna plays a hard-working man who travels to Switzerland for studies and research. He is offered a job at a uranium laboratory and falls for an attractive NRI girl Veera (Zeenat Aman). However, he is suddenly framed for stealing the uranium and cheating on Veera. Is a jealous rival to blame for all this? 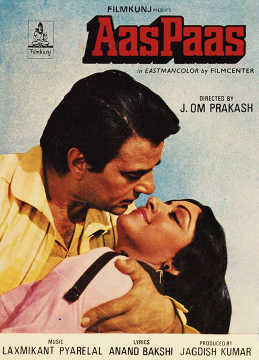 Another J Om Prakash love story, Aas Paas (1981) had the real-life couple of Dharmendra and Hema Malini as its leads. The melodramatic film had the pair falling in love, separating and then reuniting again. Aas Paas is remembered for being the last film to feature Mohammed Rafi’s last song recording; the movie is dedicated to him. A young Hrithik Roshan also makes an appearance in his grandfather’s film. 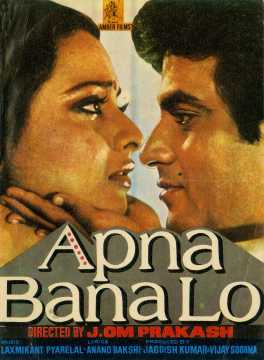 This time around, J Om Prakash directed Jeetendra and Rekha in a social film that revolves around a young orphan. Jeetendra’s character Master is a dreaded criminal whose life is upended with the arrival of a child. He decides to mend his ways and, with the help of an artist, Roopadevi (Rekha), get back on the straight and narrow. 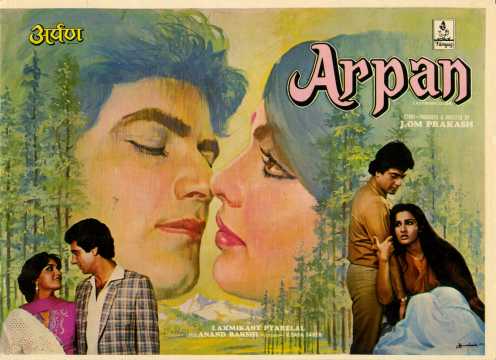 A hit multi-starrer, Arpan (1983) featured Jeetendra, Reena Roy, Raj Babbar and Parveen Babi. Roy and Jeetendra are a couple in love, but Raj Babbar’s character forces Roy to marry him to protect Jeetendra’s family honour. As a self-sacrificing female character of the 1980s, Roy agrees and Jeetendra is forced to move and find love again with Parveen Babi’s character. But are they all really happy inside? 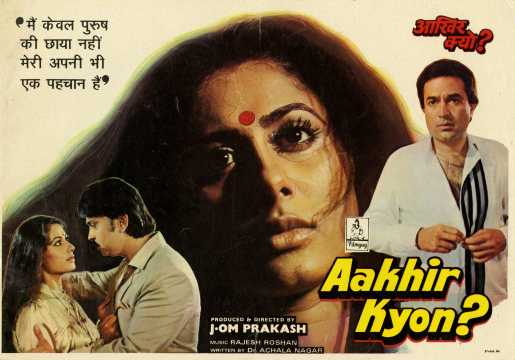 In the family drama Aakhir Kyon? (1985), Smita Patil’s character Nisha walks out on her daughter and home when she finds out her husband Kabir (Rakesh Roshan) is having an affair with her cousin (Tina Munim, now Ambani). As she tries to readjust to a new life, she finds help and support in the form of Alok (Rajesh Khanna) and they settle into a comfortable relationship. The film belonged to Patil who took on the role of a traditional yet independent woman.