From 1970 to 2017: 15 films that faced bans, violence, and censorship before Sanjay Leela Bhansali's Padmavati


Sanjay Leela Bhansali's helplessness as an artist is one that is a recurring theme in the Indian film industry. Since the 1970s, and before, cinema has faced brazen threats of violence, bans, and censorship by authorities, legal and otherwise. As the controversy around Padmavati grows with every day, we take a look at 15 films that struggled through similar circumstances.

The Central Board of Film Certification (CBFC) examination of Padmavati will be the least of director Sanjay Leela Bhansali's worries. The director has already faced worse things in the process of making the film. From being beat up by goons in Jodhpur to receiving death threats (beheading ISIS style) and maligned, Bhansali is at the centre of the maelstrom known as Padmavati.

Apart from the director, actress Deepika Padukone has also been subjected to some vicious and brazen threats. For filmmakers, this scenario is a familiar one. From Deepa Mehta to Anurag Kashyap and even Satyajit Ray, the nature of India's closeted authoritarian censorship is an inescapable experience.

As Bhansali's film awaits judgement from the board, we take a look at 15 Indian films that faced similar horrors in the past.

The year has already seen another film face political protests. Madhur Bhandarkar's Indu Sarkar was protested against by the Indian National Congress (INC) for its portrayal of the late Sanjay Gandhi and Indira Gandhi during the years of India's Emergency.

Bhandarkar's insistence that the film's story is fictional did nothing to dissuade the party, which asked for a 'special screening' before the film is sent to the Central Board of Film Certification (CBFC).

This film marked the beginning of the end for former CBFC head, Pahlaj Nihalani. His insistence on trying to ban a film, a task that is beyond the purvey of the CBFC, resulted in the industry uniting to fight the 'censorship'.

In the attempt to protect the 'good name of the state of Punjab', Nihalani ended up besmirching his own name that never escaped the 'sanskari' tag. The producer is currently awaiting the release of his film, Julie 2, which might not have passed his own standards as 'censor board' chief.

Not even someone as genial and humorous as Rajkumar Hirani could escape the wrath of the Bajrang Dal and the Vishwa Hindu Parishad who demanded a ban on this Aamir Khan starrer.

'The movie has been made to hurt and provoke Hindu religious sentiments' said a statement from the VHP. The audience disagreed, and the film went on to cross Rs200 crore at the box office.

Padmavati is not Sanjay Leela Bhansali's first battle with the fringe groups. In 2013, the director faced a suit in Delhi High Court for using Ramleela and 'Rasleela' in the title of his films, saying it hurt 'religious sentiments.

Bhansali had to put out a statement saying 'It appears that some misinformation is being carried out regarding [Goliyon Ki Rasleela Ram-Leela] which we would like to clarify and state that [it] is inspired and based on William Shakespeare’s work Romeo and Juliet. The said film is neither related to ‘Ramleela’ folklore/traditional performance associated with Lord Ram nor related to ‘Rasleela’ associated with Lord Krishna. Ram, the character in the said film does not depict or resemble Lord Rama in any manner.'

The film, based on the Gujarati play 'Kanji Viruddh Kanji', was a satire on the ritualistic nature of religion. While there were several protests that erupted against the film, they were comparitively mild in nature. The film was backed by several critics, and appreciated for the logical nature in which the superstitions were targeted.

Karan Johar's film ran into trouble not because of its content, but for Shah Rukh Khan's comments asking Pakistani players to be included in the IPL. The Shiv Sena saw this as enough reason to protest against the screening of Khan's film in Mumbai.

Khan said he was amused at the irony. So were critics, and fans, who received the film well on its release.

Anurag Kashyap's reputation as a renegade began with his first two films. The second of which, Black Friday, is a particularly impressive piece of work. While critics couldn't get enough of this detailed, seminal film, the CBFC was in a dilemma to release it.

A petition filed by one of the accused in the Mumbai blasts in 92-93, led to the film being canned for 3 years. It finally released in 2007 and established Anurag Kashyap as the new crown prince of indpendent cinema in India.

Rahul Dholakia might have had some deja vu when his Raees (2017) courted controversy recently. The director's Parzania (2007) based on the bloody Gujarat riots of 2002 faced the threat of Bajrang Dal muscleman, Babu Bajrangi.

The film spoke about the lives of a Parsi family who lose their only son in the mob frenzy. A touching film, it was delayed for 2 years before finally releasing in public. Even then, it was not screened in several states, prominently Gujarat, the state of our current prime minister and then, chief minister.

Fire was not the only element that Deepa Mehta had a bad experience with. In 2005, her film Water ran into opposition by Hindu fanatics.

It was the Shiv Sena again which burnt posters and dvds of the film in public saying that it 'insulted Hindu culture and hurt Hindu sentiments'. Mehta's film portrayed the struggle of widows living in the strict conservative societies in the holy city of Varanasi.

The film never released in India, but was backed by the Canadian producer, David Hamilton, and won a nomination for Best Foreign Film at the Academy Awards. It also won the New York FIlm Critics Online award and premiered at the Toronto International Film Festival in 2005. 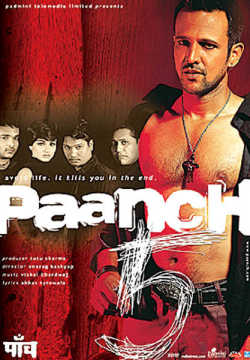 Kashyap's tryst as independent cinema's flagholder began with his first film, Paanch. The story of five urban rockstar wannabes who indulge in murder, theft, and drugs to fuel their lifestyle was based on the infamous Joshi-Abhyankar murders in Pune.

However, the dark and shocking portrayal of these lives did not go well with the CBFC which slapped it with a ban, citing 'psychologically damaging material'. It only gave the film further contraband notoriousness and spread like wildfire through piracy. As Kashyap would say later, 'I am thankful to piracy because it saved cinema and my career and I get bothered by it too that because of it our mainstream cinema now worldwide has become only about summer blockbusters and superheroes and sequels.' ()

The film that shared a fate closest to Padmavati was Deepa Mehta's Fire. A movie that told the story of a lesbian relationship, enacted by Shabana Azmi and Nandita Das, the film was cleared with minimal cuts by the CBFC.

However, violent protests by the Shiv Sena, and the Jain Samata Vahini, resulted in the film being sent back to the CBFC for certification, and later informally banned. No distributor or theatre, fearing violence,  wished to take up the film for screening.

While the industry led by Dilip Kumar, Vijay Tendulkar, Mahesh Bhatt, and Javed Akhtar protested, then chief minister Manohar Joshi said, "I congratulate them for what they have done. The film's theme is alien to our culture."

A theme that Bhansali is only too familiar with. 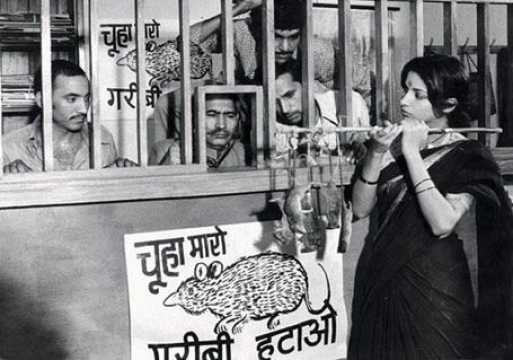 This 1977 satire by Amrit Nahata was banned in 1975, by the Information & Broadcasting ministry during the Emergency. The film spoofed Sanjay Gandhi's plans for an indigenous auto-manufacturing plant.

The director, however, fought a 11 month legal battle over the ban, which resulted in the destruction of the prints and copies of the film by the Congress party in power. It became the motif of the oppressive regime and was one of the campaign calls by the opposition party, Janata Party. 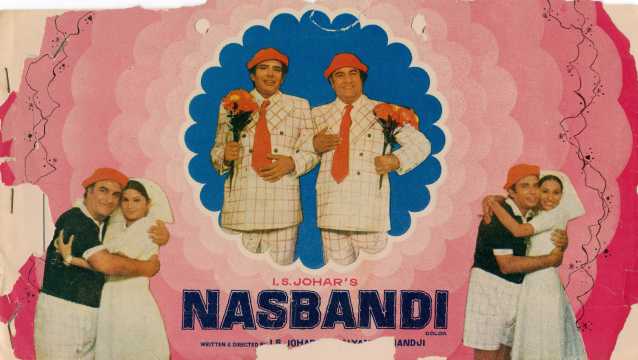 Directed by the ever so sly IS Johar, the film punned on the infamous sterilization campaign run by Sanjay Gandhi, son of former Prime minister Indira Gandhi, during the reign of Emergency in 1975. The film mocked the practice of forced sterilizations through its plot and songs.

Naturally, the political class did not take it quietly. The film was banned immediately after its release. 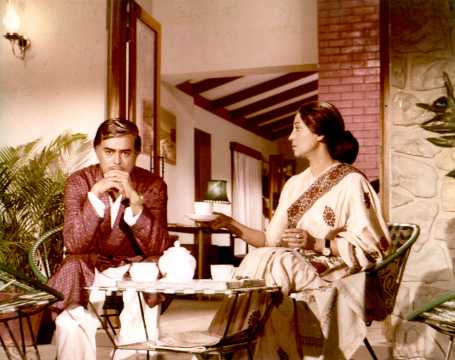 Incidentally, Gulzar's critically acclaimed film was banned after it ran in theatres for 20 weeks. The film's rumoured portrayal of then prime minister Indira Gandhi had begun much before its release. However, the CBFC had given the film a clean chit, as did then Information & Broadcasting minister IK Gujral.

However, the sight of Suchitra Sen's female political leader drinking and smoking during her off-campaign season was too much for political leaders to take. The film was banned, and director Gulzar had to re-shoot a scene with Sen posing in front of a portrait of Indira Gandhi calling her an 'ideal'. It was cleared, and won the Filmfare Critics Award for Best Movie. 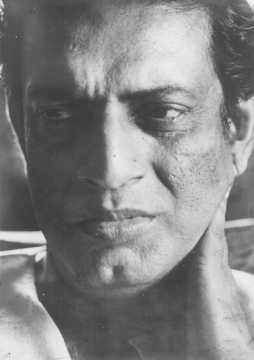 This documentary on the state of Sikkim was made by none other than Satyajit Ray. Financed by the last Chogyal (king) of Sikkim, it was supposed to showcase the region. But Ray being Ray, created a documentary that spoke of the harrowing lives of the poor and downtrodden, while the royals basked in opulence.

It did not go down well with the monarchy and the ruling powers. Seeing the sensitive nature of the region, the Information & Broadcasting ministry banned the film from being shown.
40 years later, in 2010, the ban was finally lifted.