40 years of Nasbandi: Film that marked a high point of IS Johar's directorial career


In a strange twist of fate, Sanjay Leela Bhansali's Padmaavat is being released five days after the 40th anniversary of Nasbandi (21 January 1978).

On 21 June 1975, president Fakhruddin Ali Ahmed declared an internal emergency in India. The declaration accorded then prime minister Indira Gandhi the authority to rule by decree.

Elections were suspended and civil liberties were curbed. Human rights violations were dime a dozen. One of these violations was the programme of forced mass sterilization, headed by the prime minister's younger son, Sanjay Gandhi.

Protest is often the soil in which progressive art flourishes. As writers, artistes, poets and playwrights took to the streets with plays and fables that poked fun of the government, Hindi cinema was not far behind. 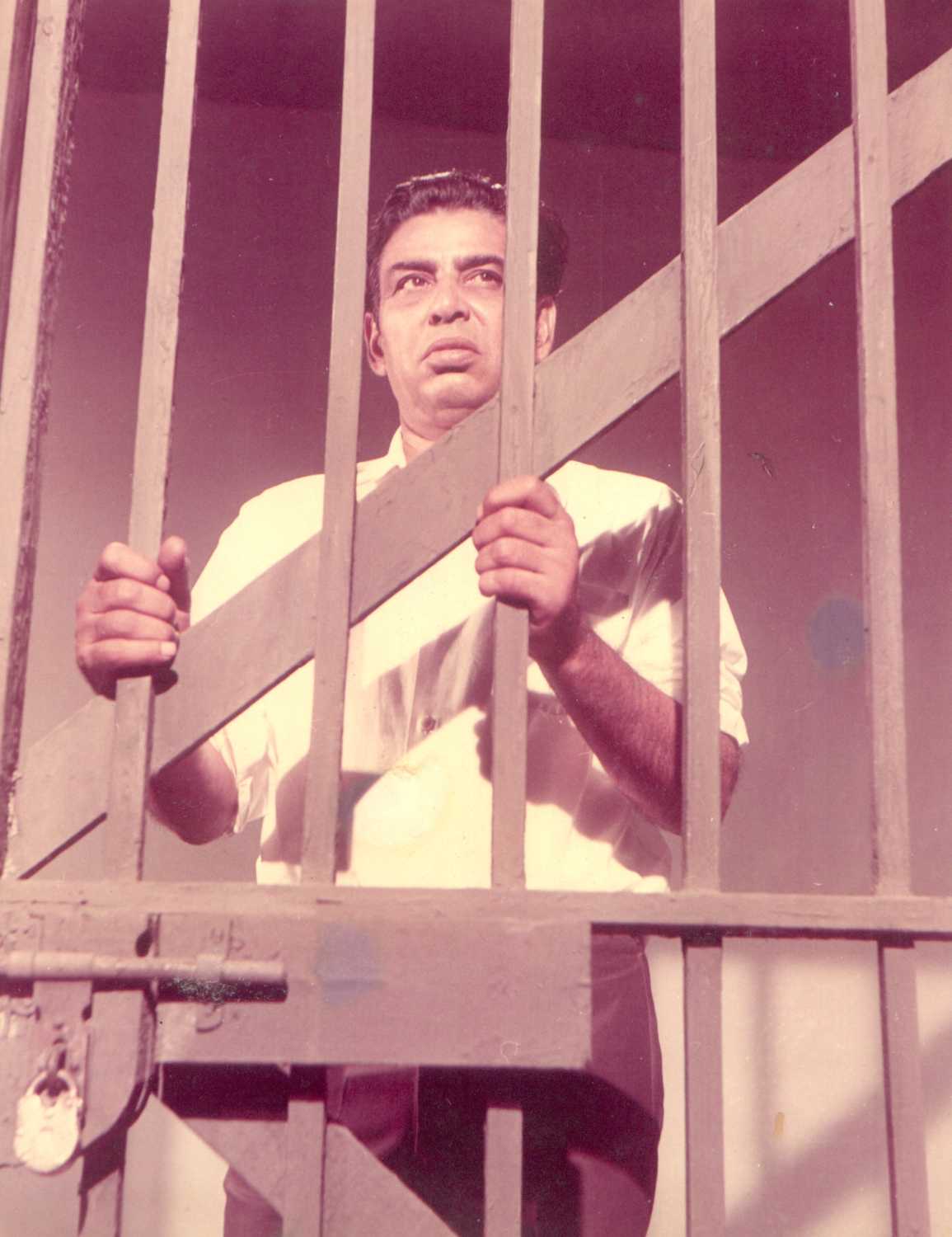 Among the many filmmakers who did not bow down was Inder Sen Johar, better known simply as IS Johar, a comedian who thrived on satire.

While Hindi cinema reduced him to the witty, buffoonish friend of the hero, Johar found well-deserved fame overseas. He went on to become one of the first Indian actors to win a British Academy of Film and Television Awards (BAFTA) nomination for Harry Black (1958). He also featured in films like Lawrence Of Arabia (1962) and Death On The Nile (1978).

But it was his directorial parodies back home that truly set him apart.

Johar started directing Nasbandi in 1975, right after the programme of sterilization was enforced. The plot revolved around a group of people, led by Johar and fellow comedian Rajendra Nath, trying to foil the devious plan of sterilization implemented by the government.

Johar resorted to a unique stratagem to reach out to the masses. The film starred duplicates of the popular actors of the time, like Anitav Bachchan and Shahi Kapoor, among others.

Naturally, the film was immediately banned by the CBFC and the government.

While the plot itself was 'treasonous' to the government of the day, it was the songs that literally gave the film its firepower. Written by the satirical poet Hullad Moradabadi, Indivar and Rajinder Krishan, the songs were filled with jibes against the ruling Congress.

While there were a few voices against the banning of the film, a majority of the stars ruling Hindi cinema at the time maintained silence.

Neither was Nasbandi the lone film to face the ire of the censors. Gulzar's Aandhi (1975) and Amrit Nahata's Kissa Kursi Ka (1978) were other films that faced resistance for their supposedly inflammable content. But Johar's reputation as a satirist, and his direct attack on a pet government programme, could not be countenanced.

Earlier, Johar had directed Jai Bangladesh (1971), a film that was a satire on the battle for the freedom of Bangladesh — one of Indira Gandhi's high points as prime minister.

Mrs Gandhi wasn't the only prime minister to face Johar's satirical wrath. He also wrote a play, Bhutto, a take on politics of neighbouring Pakistan's prime minister Zulfiqar Ali Bhutto and the man who overthrew him and later hanged him, Gen Mohammed Zia-ul-Haq.

When the play ran into censorship troubles, strangely in India in 1982, Johar responded to one of the accusations by saying, "Zia, being a fundamentalist, shouldn't mind being referred to as a maulvi. As regards the 'mad' bit, I am prepared to negotiate on that."

When it came to Nasbandi, the government took no chances. It banned the film completely. With no distributors willing to back him financially and facing a struggle against a totalitarian regime, Johar fought vainly. It was only in 1978 that the film made it to the cinema screens. By then, the idea was a forgotten one, and not very acceptable to the Indian audience either.

In an age when films like Padmaavat find themselves 'offending' religious and social sentiments and cases are filed against filmmakers at whim, Johar might well have found himself behind bars. Even in his own time, the filmmaker struggled to get financial backing for his films. Thus, he sometimes resorted to duplicates and a lower quality of filmmaking.

The year 2018 will also, hopefully, see the release for Nandita Das's Manto, a biopic on the author Sa'adat Hassan Manto, who was known for painting a dark, naked, and ugly truth of the society around him. "If you cannot bear these stories, then society is unbearable," he had said. "Who am I to remove the clothes of this society, which itself is naked? I don't even try to cover it, because it is not my job, that's the job of dressmakers."

In 1975, if he hadn't already been dead for 20 years, the writer would certainly have stood with Johar and fought for the uncanny film, Nasbandi.

Correction, 18 February 2020: The full name of IS Johar was Inder Sen Johar. An earlier version of this article cited his name as Inderjeet Singh Johar.