On the 36th anniversary of his death, we look back at the talented artiste’s numerous other interests apart from acting, from wrestling to the arts.

In a career lasting four decades, actor David Abraham Cheulkar, better known simply as David, played everything from a kindly uncle to a munshi (teacher) in films like Boot Polish (1954) and Shatranj Ke Khilari (1977). His last film was Hrishikesh Mukherjee’s Khubsoorat (1980) though other films were released after his death on 2 January 1982.

Besides being an actor, the knowledgeable David filled his time with pursuits he loved from wrestling to compering. Cinestaan.com spoke with his niece, Ruth Crishna, who shared a few anecdotes from the life of ‘Uncle David’, as he was to his nieces and nephews and to legions of fans around the world.

“He was a bodybuilder actually," Ruth Crishna said. "He was good with languages and he was a compere, not only at Filmfare [awards ceremonies], but also for many, many events. In those days, if you needed a compere, you called David.” 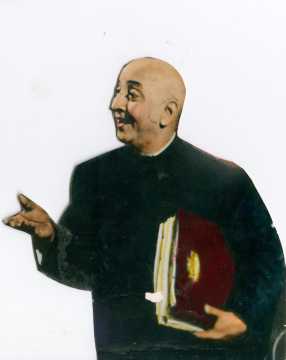 The young David was a good student when he studied at St Joseph’s school and Wilson college, Bombay. He obtained a law degree, adding BA LLB to his name on the wishes of his eldest brother, Shalome, who later became headmaster at the Sir Jacob Sassoon school in Mumbai. Ruth Crishna’s father, Daniel, was a doctor.

“My father and he looked a lot alike," she recalled. "My father was heavier and was often mistaken for him. Somebody came up to him once and asked for his autograph. Since my father’s name was Daniel Abraham and he was David Abraham, he would sign as ‘D Abraham’. He’d say, ‘I didn’t want to disappoint them’.”

David’s father Abraham died when David was a young boy, so he was raised by his older brothers. His mother Dinah lived on to the age of 104. She always wore a nine-yard sari and spoke only Marathi, Ruth Crishna said.

David was fond of the arts early on and even performed a few plays in French. “[A neighbour Mrs Row] used to have plays in French and they used to have performances in her garden. Then he met somebody there who was the head of the Films Division and got into films, much to the horror of the family,” she recalled. But the family eventually came to take pride in his success. 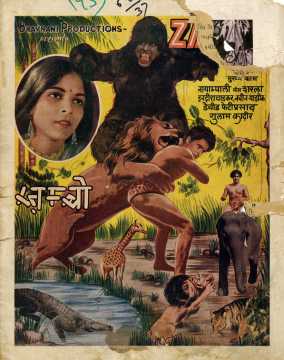 David’s first foray in films was with Zambo The Ape Man (1937). The movie starred Nayampally and was directed by Mohan Bhavnani, who was previously chief producer at the Films Division. David worked in different character roles here and there, but his breakthrough came with Raj Kapoor’s Boot Polish (1954). 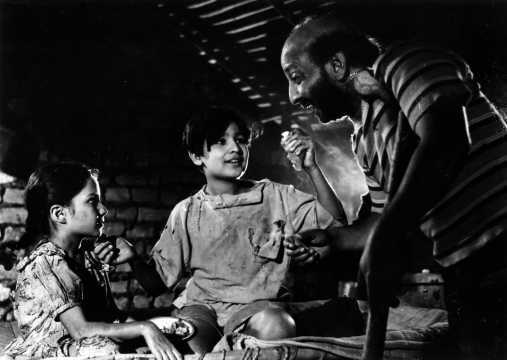 The heart-warming film was about an old bootlegger John Chacha (Uncle), played by David, who takes a young brother and sister on the street and shows them how to survive. David won the Best Supporting Actor trophy at the newly created Filmfare awards for his performance and the film even travelled to the Cannes festival the next year where it was lauded.

“If you see his rendition of this song, he has understood every nuance of the song. I thought it was the perfect song. It gives you an idea, either he was a superb actor or he knew his music. The genre of music at that time was completely different, it was based more on the ragas than on drumbeats,” Ruth Crishna said.

Uncle David: The man who held the strings

In 1969, the perennial host of the Filmfare awards and several other prominent events was awarded the Padma Shri by the Indian government. It is said that prime minister Jawarharlal Nehru used to always request for David to moderate these government award events.

Ruth Crishna remembered that David “was exceedingly well read and had a remarkable collection of paintings. He was quite a collector and had quite a repertoire of dirty, naughty jokes.”

Additionally, he was a member of the Indian Olympic Association for several years and travelled the world for these sporting events. Crishna recalled that he brought back scarves for the family after each visit.

David was part of the Indian delegation that attended the Olympics in Helsinki in 1952, Rome in 1960, Tokyo in 1964, Mexico City in 1968 and Munich in 1972. While at Munich, he lost his friend, manager of the Israeli weightlifting team, who was among the 11 members of the Israeli squad who were killed in the infamous terrorist attack.

That’s not all. Crishna said David was also a grandmaster of the Freemasons. “It was quite a high position in the Freemasons and he also travelled for their conferences. There is a photograph [of him] in full Mason regalia, the robe and all the chains, and whatever else they wear. He was also very active with the Freemasons,” she said.

The Cheulkars had a family house in Parel, central Mumbai, but the actor spent a lot of time at the Cricket Club of India (CCI) at Churchgate, where he had his own room. Ruth Crishna said, “There was a corner of the CCI which was called ‘David’s corner’. It was known amongst his friends. He was one of the early members and had life membership. I think his membership number was nine.”

“In those days when he had applied to the Willingdon club, they didn’t give him membership because he was an actor. They felt that the women were nautankis [drama queens] and the men were no good, not in keeping with the high-brow membership, so he took membership at the CCI.”

Despite his busy life and career, Ruth Crishna recalled that Uncle David never missed Friday night prayers. “His oldest brother, the headmaster of Jacob Sassoon school, was the cantor of the synagogue in Parel, which was next door to them, and he used to conduct the prayers. [David] was always there if he was in town. He was present for all the high holy days like Yom Kippur and New Year. I think he could read Hebrew, the classical Hebrew, not what they call modern Hebrew.”

Crishna went on to say how David never forgot any of his family responsibilities after becoming a name. He helped to educate the children of his late older brother. In the 1970s, a part of the Cheulkar family moved to Israel, but David chose to move to Hamilton, Canada, to be closer to his nephew and niece, Victor and Diana.

“He continued to do his compering there and was a member of the Freemasons lodge,” Ruth Crishna said. David suffered a stroke during the last few days of December 1981 and passed away on 2 January 1982.

David Abraham Cheulkar is buried in the Beth Jacob synagogue cemetery. His headstone reads: Here's a man who smiled through his tears and laughed in the midst of a sigh. He mingled his youth with advancing years and was happy to live or die.