Filmmaker Bimal Roy's daughter Rinki recalls her first glimpse of the legendary Bengali star who passed into the ages on 17 January 2014.

The Bengali woman standing quietly at the far end of the room was indistinguishable from any ordinary housewife. Dressed in simple cotton saree, her gold bangles twinkling musically around the wrist, the rotund figure, taut and shapely, would not have fitted in with the 'size zero' heroines of today.

Her untroubled, serene, Madonna-like visage and ample curves reminded me of Raphael’s women. No, that woman talking respectfully to my mother in our drawing room that night did not resemble a dazzling film star. She could have passed off as any woman, a relative or neighbour.

Perhaps it was one of our visiting aunts who whispered: “Is that the famous Calcutta star Suchitra Sen? So plain!”

My first glimpse of Bengal’s celluloid diva, known as Mrs Sen, was on the night she came home for dinner. She was part of our family, I was to learn later. Adinath Sen was her father-in-law. His first wife was Father’s eldest sister, Roshenara. The aunt whom no one saw. And Suchitra Sen was married to Dibanath, Adinath’s son by his second marriage. This fragile family connection justified Suchitra Sen calling my father ‘Bimalmamu’.

It is believed that my famous father had discouraged Mrs Sen from acting when she first approached him. He chided her: “Why do you want to act in films? Women from our family have never stepped out!” 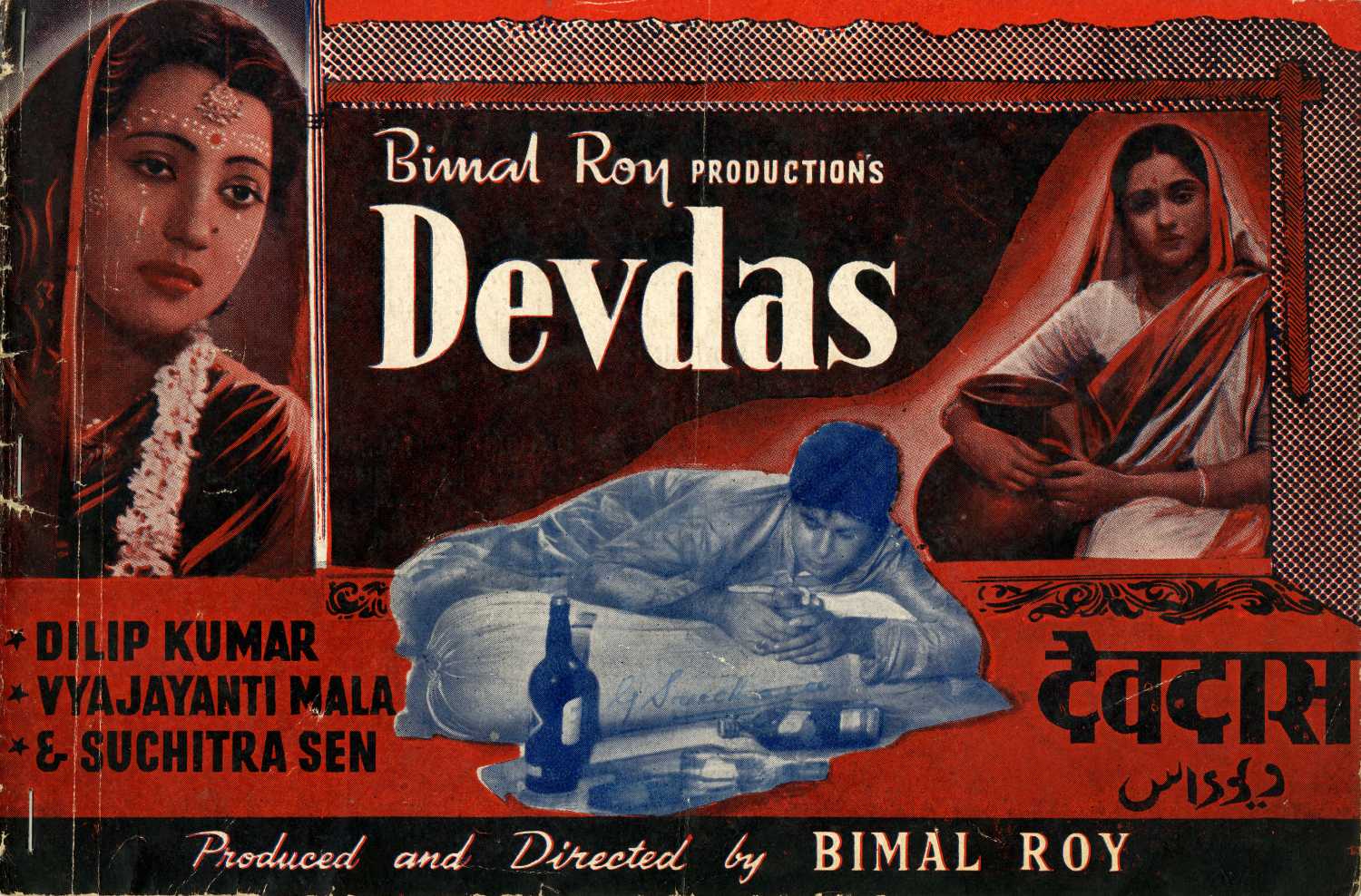 How ironic, then, that Baba chose Rama alias Suchitra Sen over Meena Kumari or Nargis to play Parvati in Devdas (1955). This debut opened the door for Mrs Sen to enter the big league of Bombay cinema.

The choice of a Bengali heroine raised many eyebrows. Being the producer and director of Devdas, Baba, of course, enjoyed an advantage. He also enjoyed a formidable reputation for casting. Recall Nutan as Sujata (1959), or as Kalyani in Bandini (1963). Or the well-known story of how he discovered the then obscure Meena Kumari for Parineeta (1953). And cast the even less known Dharmendra in Bandini (1963).

But casting an unknown Bengali star opposite the redoubtable Dilip Kumar was a box-office risk. Dubbed 'tragedy king', Dilip Kumar was the industry’s most suitable actor to play Devdas. But was Suchitra Sen the perfect Paro? Everyone speculated wildly.

Meanwhile, Devdas went on the floors. Then it was released. Watching Devdas, everyone was mesmerized. If Dilip Kumar was tailormade for Devdas, then Suchitra Sen was born to play his tragic beloved, Parvati. If Dilip Kumar possessed a discreet dazzle, Suchitra Sen glowed like a gentle pearl. A true match for Dilip Kumar, her rendition of Paro remains a supremely eloquent cinematic essay in understated and poignant pathos.

Few films match the written text as closely as Bimal Roy’s Devdas. An ardent admirer of Sarat Chandra Chatterjee’s literary works, he was totally loyal to the original spirit. Saratbabu’s Devdas starts as the love story of childhood sweethearts. They are separated by Indian society’s class/caste divide. In this saga of doomed love and betrayal, Parvati is deceived twice, first by Devdas’s cowardice, then, as if this were not enough, by a caste-ridden hierarchal society.

Yet it is Parvati who courageously defies society to continue loving Devdas. Not only did she love him as an adolescent, but also as a married woman Paro audaciously loves Devdas.

Many women I know pine for their childhood sweethearts. But they do it secretly, when darkness hides their longing sighs, their unshed tears. Few women, particularly of that era, maybe even today, would boldly state their love for a man other than the husband. That Parvati could do this was unthinkable, radical, brilliantly bold.

Her conversation with friend Manorama reveals the intensity of Paro’s feelings for Devdas. Their conversation on the eve of her wedding establishes how deeply Paro had internalized the relationship. Paro’s remarkable clarity about the man-woman relationship is firmly rooted in a contemporary idea of gender equality.

Throughout the narrative, Parvati defies the social norms set for the female sex. One night, she covers herself in a shawl to steal into Devdas’s bedroom. She does this with a single intention: to propose matrimony. Devdas dithers. 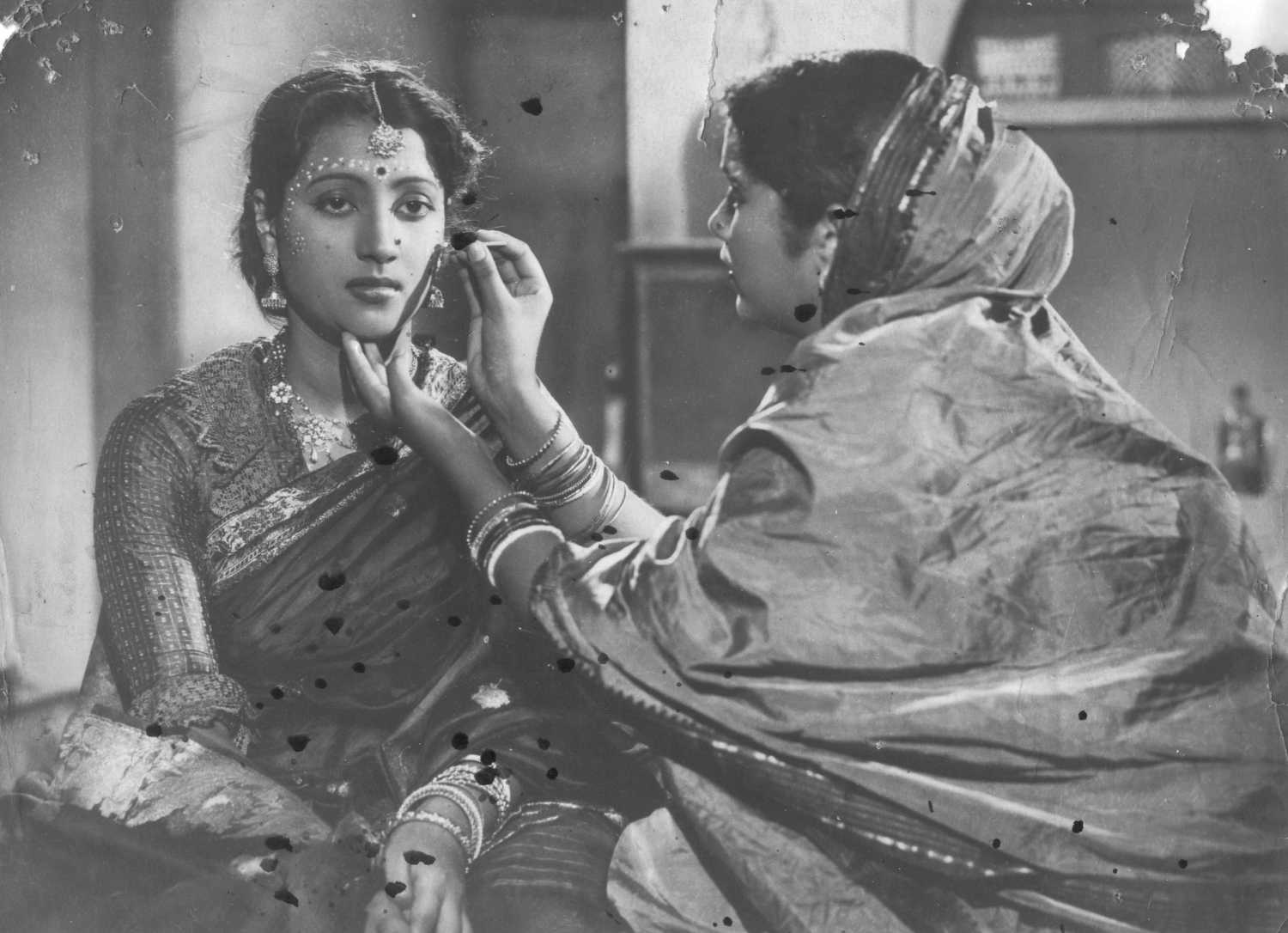 On several occasions we witness her consuming passion for the man. To my mind, Parvati’s marriage was an act of rebellion, or call it sati, against female destiny. Being married to a kind, elderly zamindar does not stop Paro from openly stating her intention to bring home the ailing Devdas .That was a fitting reply to our orthodox society that raises barriers against liberal choices.

Watching Devdas time and time again, it became apparent to me that Paro and Suchitra Sen were kindred souls. Paro makes us aware how patriarchy silences women, punishes them. She also shows how to rebel. In enacting Paro, Suchitra Sen seamlessly bonded with her character. They merge as one persona.

Sen’s consummate skill blossoms in the delicate moments. Imagine that moment when Devdas and Paro meet briefly as adults. At a loss for words, a nervous Paro awaits her lover. The room is lit by a little lamp. Her heart leaps about like the flame of the lamp. Then the soundtrack crackles with footsteps. A shrill conchshell marks the pure, twilight hour when day reunites with night. The lovers are half visible, their shadows leap and fall. Nothing is said in the embarrassed silence. 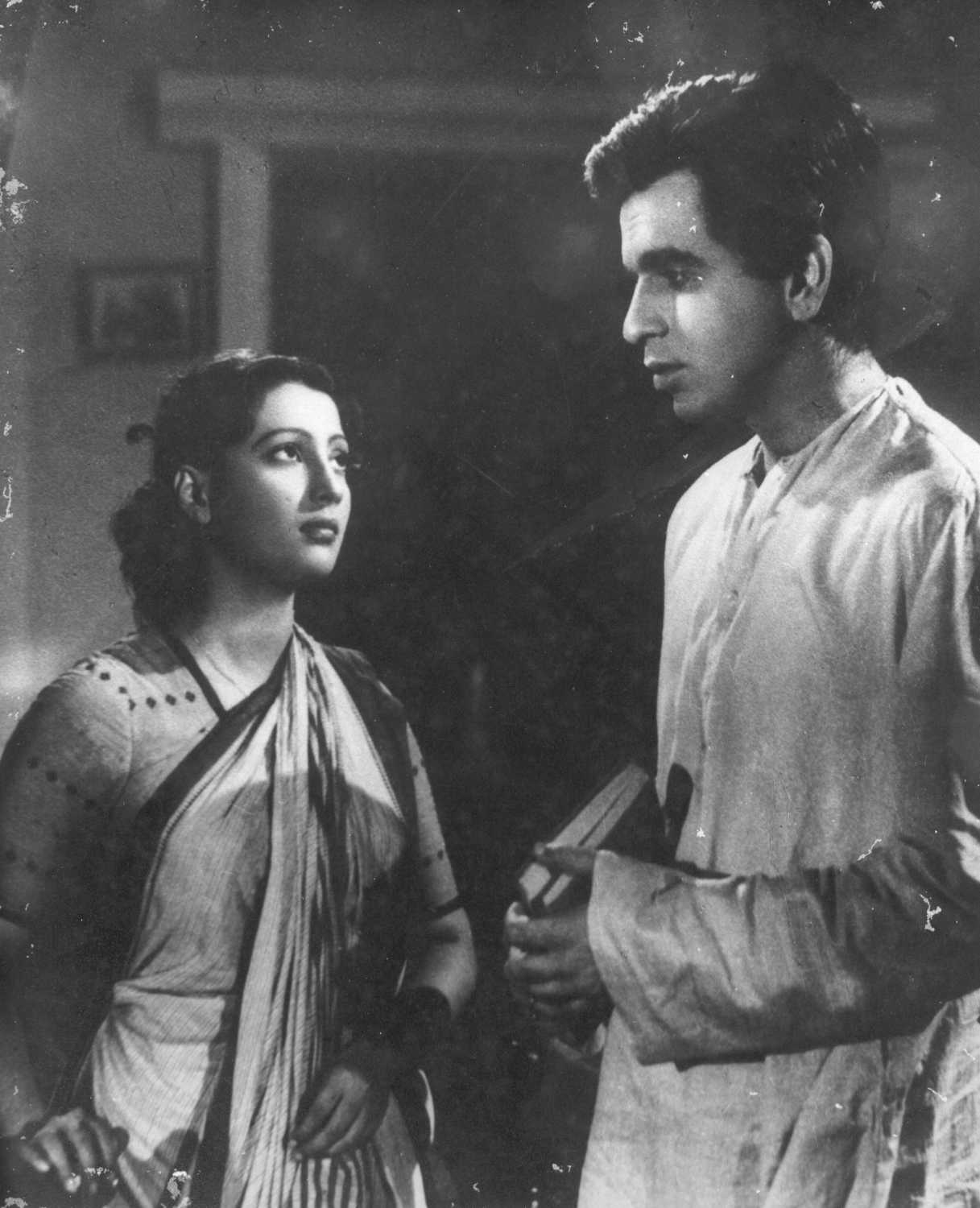 I have goosebumps just thinking of the scene. It is one of the most eloquent cinematic moments where love and longing are swept across the screen with a refined aesthetic sensibility.

I have no doubt Suchitra Sen created a new template for artistes with her subtlety, her restraint. Watching her acting graph in Devdas can be a workshop for aspiring artistes how to emote without words, or sustain silence. She repeated this with equal facility in Gulzar's Aandhi (1975).

Sen's finest hour is, however, reserved for the curtain call.  Like a solemn Greek tragedy, the slow build-up to the tragic finale moves ominously. Startled from sleep one night, Paro is shown trapped by the billowing mosquito net. She imagines hearing Devdas call her.

The very next morning, news of his death makes her rush like a torrential river for a last glimpse of the only man she loved. A master of understatement, Bimal Roy allows Paro’s uninhibited emotional outburst in a rare example of when he does not restrain, or could not restrain, a woman in love. It is inspired by the purity of Paro’s love. She compels the director to open the floodgates of her emotion.

The last scene is a cinematic triumph of dizzy emotional heights. It has a cathartic impact on viewers. The breathless manner in which Suchitra Sen as Paro runs towards the gate forces us to introspect, to know that to honour love we have to publicly own it.

Scene after scene, Sen’s luminous presence threatens to steal the limelight from Dilip Kumar. That she succeeds in doing this with supreme confidence without imbalancing the equation is entirely to her credit. The actress matches every mood, each little twist of Parvati’s aching heart. 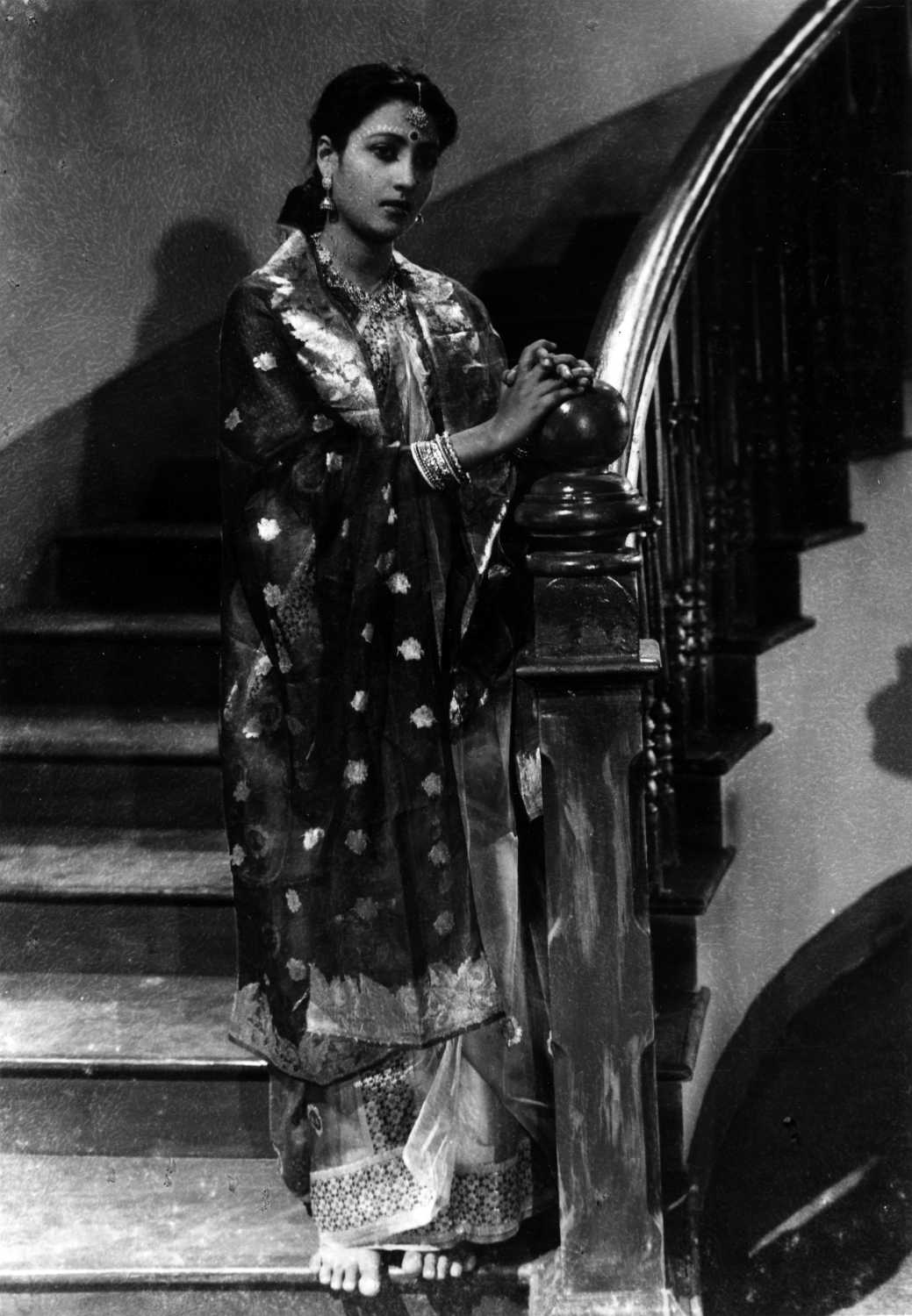 I am convinced Suchitra Sen was not merely born to play Parvati against a Titan. That she had internalized Paro’s emotions. She was, in fact, a real-life Paro. Her pride, dignity, self-effacement were parallel to those of a literary character named Parvati.

Gifted with an intuitive understanding, Suchitra Sen was playing herself. Watching her luminous presence on screen, blown by her spontaneity, we easily forget we are watching a make-believe world as Parvati and Suchitra Sen bond seamlessly into a single persona. The two, Parvati and Suchitra, had made a secret pact to convey the cross women bear, the tragic price they pay. Suchitra Sen invests each scene with a rare quality, turning it into a living experience.

I regret not seeing her Bengali films, or being blown by the Uttam Kumar-Suchitra Sen fever. But for Indian viewers, the eternal Paro is Suchitra Sen. Her extraordinary performance upstaged other screen Paros; the gifted Jamuna Devi, the bewitching Aishwarya Rai, and others wither in the face of Suchitra Sen’s immortal rendition of Paro.

Yet, Suchitra Sen was never honoured by her own government. On some pretext, the government of India dragged its feet to give her the much deserved Dadasaheb Phalke award for a lifetime's contribution to cinema.

Another act of betrayal? In her wisdom, Suchitra Sen gracefully ignored this colossal neglect. Indeed, she knew where true honour lies. Her greatest reward is the adoration, the high regard countless admirers lavish on her.

Suchitra Sen, the deathless diva, casts her magical spell every time she lights up the screen....