The ad comes a day after producers — Bhansali Productions and Viacom18 Motion Pictures — officially announced that the film will hit the screens on 25 January with due modifications suggested by the CBFC.

The makers of Padmaavat, through front page advertisements in newspapers on Monday, 15 January, listed disclaimers clarifying that it never had a dream sequence featuring Alauddin Khilji and Rani Padmavati, and that it is a movie every Indian will be proud of.

The ad comes a day after the controversial film's producers — Bhansali Productions and Viacom18 Motion Pictures — officially announced that the film will hit the screens on 25 January with due modifications suggested by the Central Board of Film Certification (CBFC).

"Padmaavat is a film that every India will be proud of. Please visit your nearest theatre on 25 January to experience it yourself," the makers have stated at the end of the ad, which has the movie's poster, featuring lead actress Deepika Padukone, on the flipside. 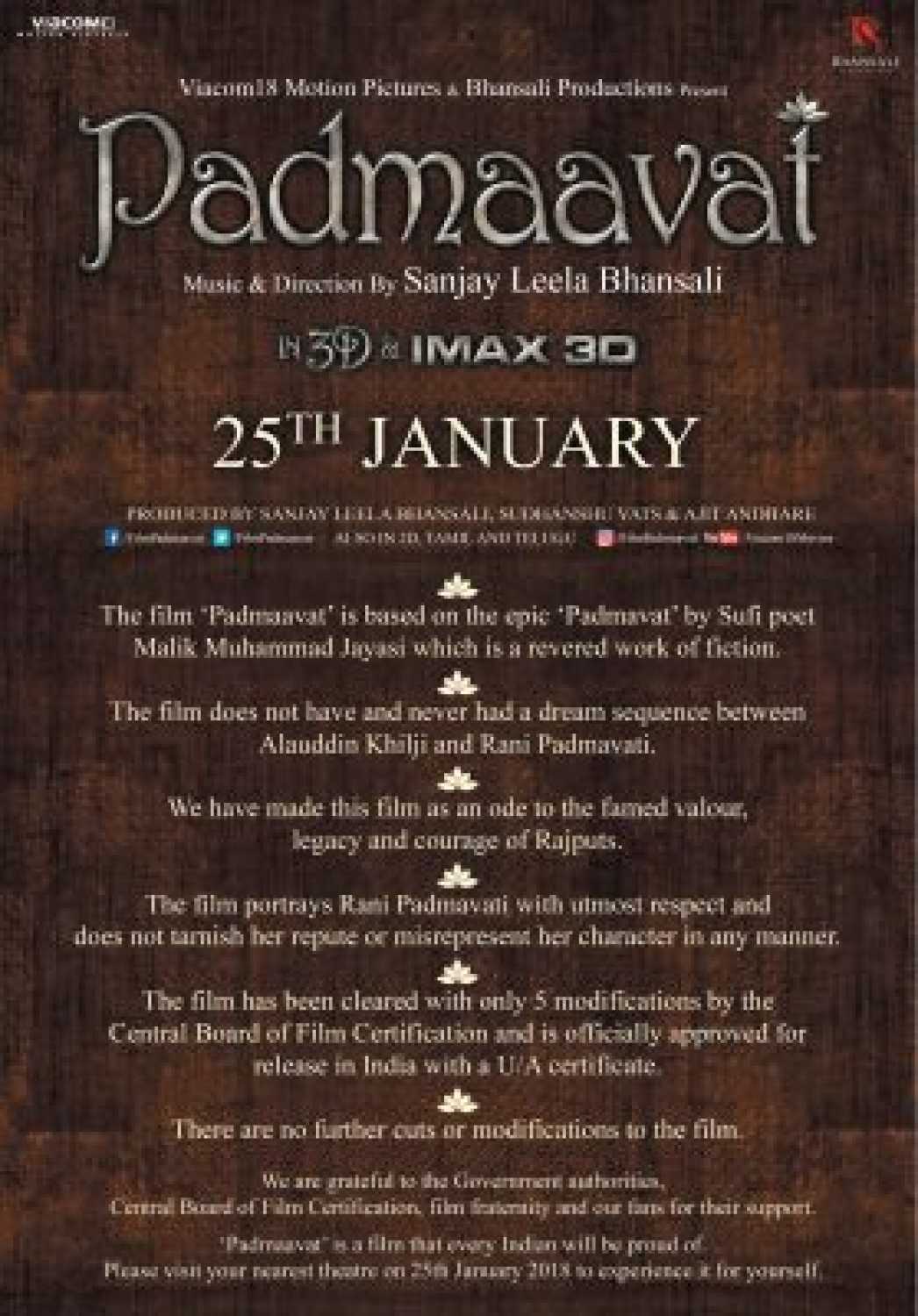 The film was caught in a row over claims by Rajput groups backed by a section of the BJP (Bhartiya Janata Party) that it distorts history. Shree Rajput Karni Sena, at the forefront of the protests, demanded a ban. Some states, including Rajasthan and Gujarat, have banned the film even after CBFC's clearance.

Following are the points clarified by the makers of the Sanjay Leela Bhansali directorial, which also features Shahid Kapoor and Ranveer Singh in pivotal roles:

- We have made this film as an ode to the famed valour, legacy and courage of Rajputs

- There are no further cuts or modifications to the film

- We are grateful to the government authorities, CBFC, film fraternity and our fans for their support